The cruise industry has worked exhaustively during its pandemic pause to figure out how to carry passengers safely. But the restart is now being complicated by conflicting vaccine protocols that challenge its very business model.

The most impactful among them are the contradicting rules from the cruise industry’s home base and main embarkation point, Florida, and the popular ports its ships visit in the Caribbean.

On Aug. 19, the Bahamas issued an emergency order requiring that all adult cruise ship passengers be vaccinated in order for any ship to call in the islands. The Bahamas has emerged as a particularly important country for cruise lines, since it’s a close and convenient destination from Florida and is home to most of the lines’ private islands.

Several major lines changed their vaccination policies on their cruises from Florida to comply with the order: Carnival Cruise Line, Disney Cruise Line, MSC Cruises and Royal Caribbean International all now require that any cruiser 12 or older provide proof of vaccination to sail.

However, if not for Norwegian Cruise Line Holdings’ (NCLH) victory in a lawsuit against Florida, the lines would not likely have been able to make those changes.

Earlier this year, Florida made it illegal for businesses to require proof of vaccination for service. The law affected cruise ships embarking passengers in the state. Royal Caribbean, for example, changed what had been an adult-vaccine requirement on cruises from Florida to a suggestion, since it could not legally ask for proof of the jabs. MSC came out of the gate saying that it would not mandate passengers be vaccinated on its cruises, which launched this month.

NCLH, however, has stuck to its 100% passenger-vaccination mandate on its three brands, Norwegian Cruise Line, Oceania Cruises and Regent Seven Seas Cruises. And so it sued the state to invalidate its law, and earlier this month it won. A federal judge issued a preliminary injunction enabling NCLH’s brands to ask for proof of inoculation on sailings from Florida.

That has enabled the other lines to comply with the Bahamas order by being able to ask passengers for vaccination status. As CLIA said in a statement, the decision by U.S. District Judge Kathleen Williams “concluded that a cruise line engaged in international commerce could legally require proof of vaccination.”

Or as Mark Pestronk, a Washington-based lawyer specializing in travel law and a columnist for Travel Weekly explained, “if the state tried to enforce the law against them, they could file the same suit and get the same result.”

But that ability may be fleeting. 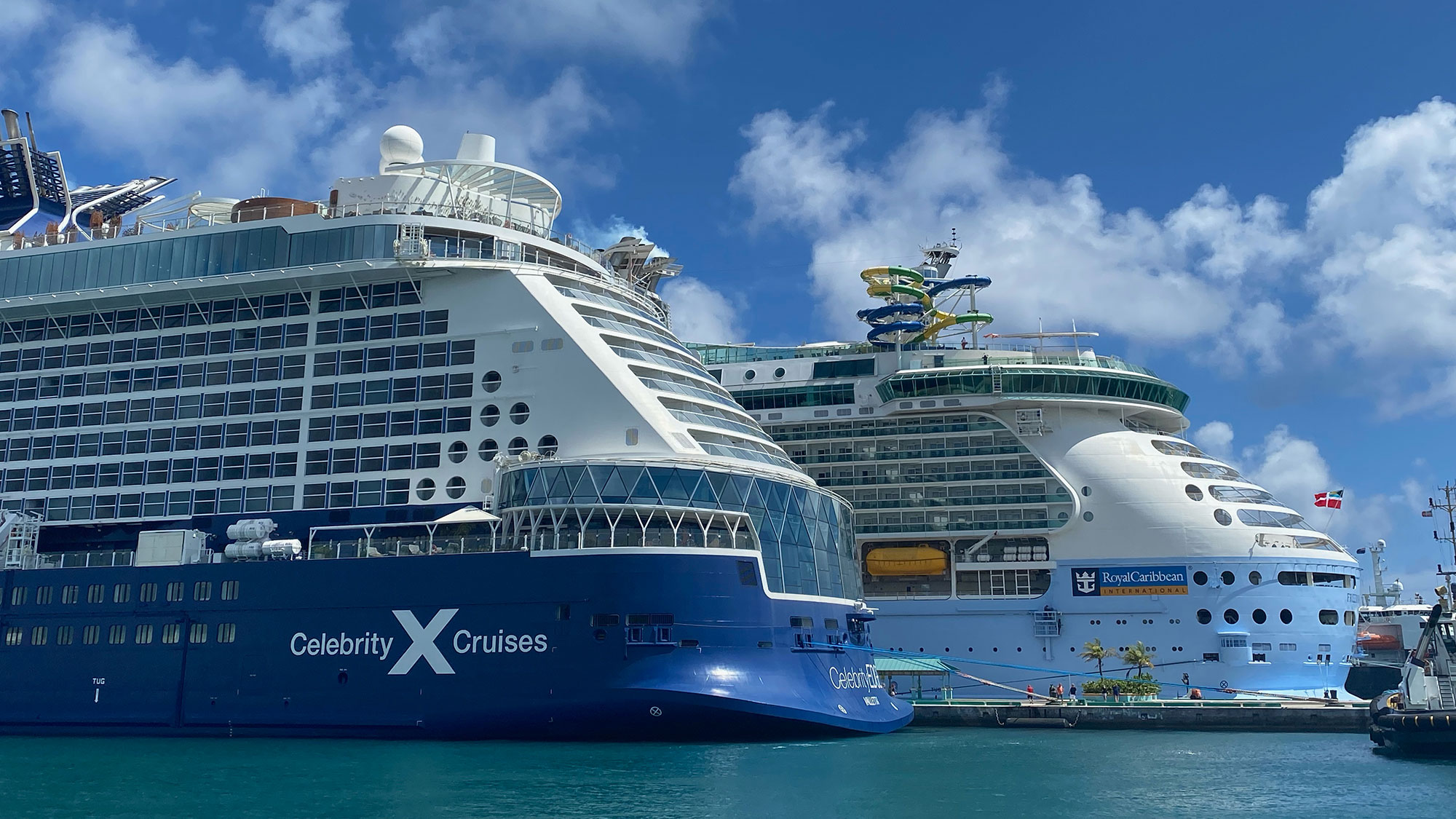 Florida issued a notice of appeal, and Gov. Ron DeSantis has vowed to fight.

“We disagree with the judge’s legal reasoning and will be appealing to the 11th Circuit Court of Appeals,” his office said in a statement.

Equally entrenched, NCLH CEO Frank Del Rio called it “shameful” that the company had to fight Florida for the right to keep passengers healthy.

“Here is a state that relies on tourism as its No. 1 industry,” he said in an interview with Yahoo Business. “And the No. 1 priority of any hospitality business is to keep their customers safe. I mean, that’s de rigueur. And you would expect that government, again, would do everything possible to support that. Instead, we had to go to court.”

No date has yet been set to hear the appeal, but Pestronk said that once it gets to the appeals court, NCLH may not prevail.

“The 11th Circuit Court of Appeals leans right, so the odds are fairly good that the injunction will be overturned,” Pestronk said. “However, it all depends on the luck of the draw, as appeals cases are generally heard by a three-judge panel, and you cannot predict which three judges will get assigned.” 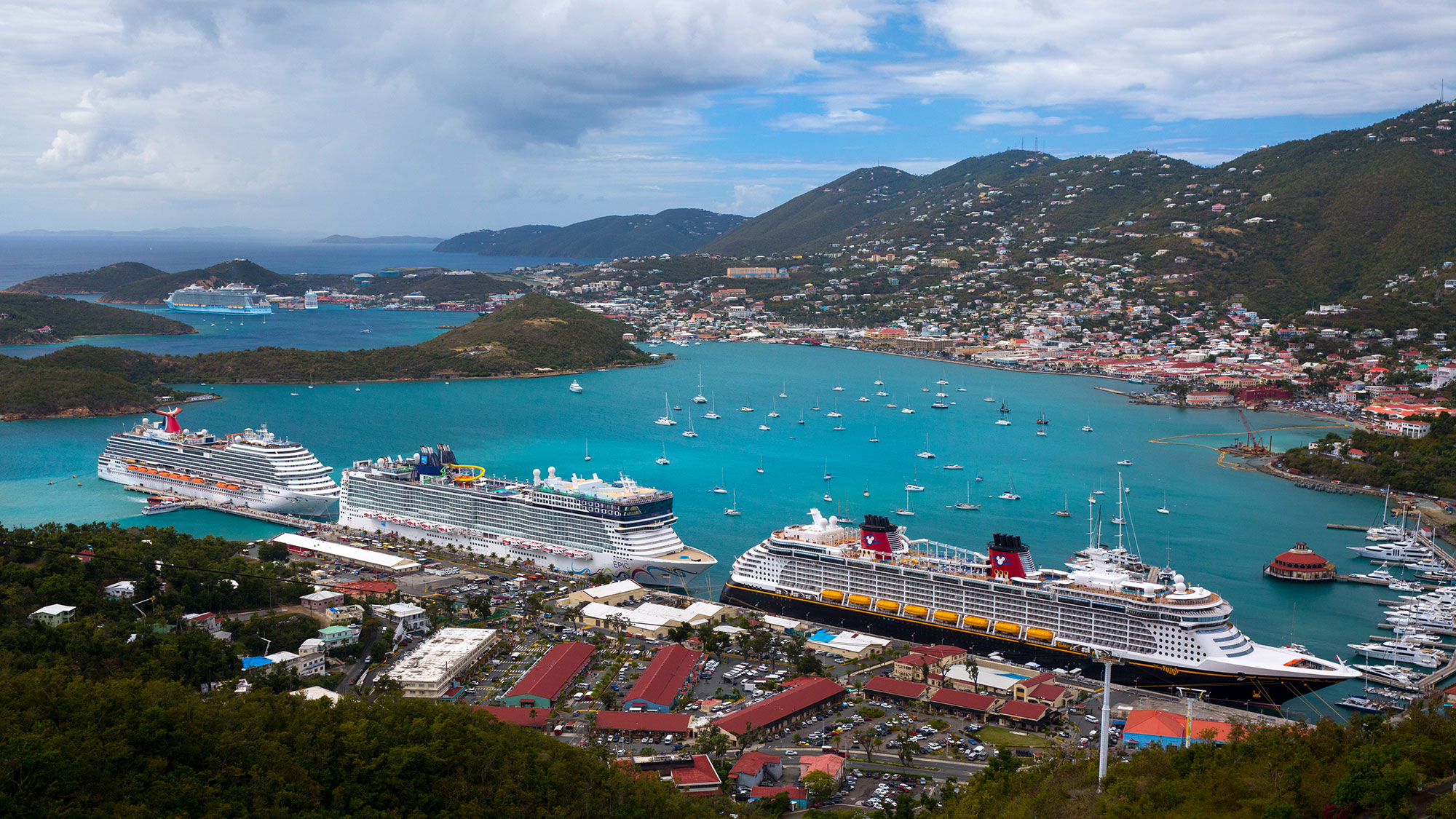 The stakes have only risen since the Bahamas law went into effect. The U.S. Virgin Islands, another important call for cruise ships, last week formally updated its guidance and also requires all passengers age 12 and up on arriving cruise ships to be vaccinated.

In its original complaint against the Florida law, NCLH said that many foreign ports to which the line has scheduled cruises also require proof of vaccination to enter without testing, including the British Virgin Islands, Honduras and Belize, where the cruise company has a private destination, Harvest Caye.

This early look at the potential morass of pandemic-era regulation is particularly difficult for an industry that operates in various global jurisdictions on almost every trip.

“Florida’s ban poses significant burdens for NCLH, an internationally focused cruise line,” the cruise company said in its complaint. “Within as little as 30 minutes of departing from PortMiami, NCLH’s ships reach international waters and sail to interstate and foreign ports.”

In siding with NCLH, Judge Williams took note of this.

“It is undisputed that nearly every country and port that plaintiffs intend to set sail to during the remainder of the year have varying, often complicated requirements,” she wrote. “It is also clear that Covid-19 vaccination documents are the fulcrum of many of these requirements.”