Chairman Barry Diller
has been at the helm of the company since the December ouster of previous CEO
Mark Okerstrom. 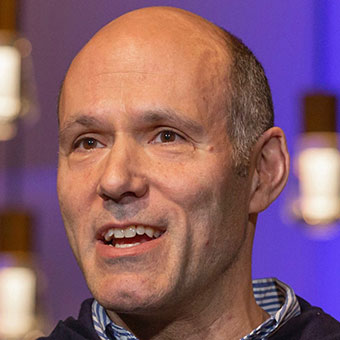 In addition to Kern’s new role, Expedia made a flurry of
other announcements Thursday. Expedia is raising $3.2 billion in new capital, executives
will see reduced salaries and employees will be furloughed. Eric Hart, who has
been acting CFO for the past five months, will become the permanent CFO.

The moves were all approved by the board of directors.

“We have one mandate — to conserve cash, survive, and use
this time to reconstruct a stronger enterprise to serve the future of travel,”
Diller said in a statement. “We are unable to make any predictions as to when
travel will rebound but emphatically believe that it will, for … if there’s
life, there’s travel.”

Kern has been a member of Expedia’s board since 2005. In
2018, he became the vice chairman. He has worked alongside Diller to run the
company since the management shakeup in December.

Kern was most recently the CEO of Tribune Media and brings
decades of experience in leadership roles in public and private companies.

Hart has been with Expedia for 11 years. Before his stint as
interim CFO, he had been responsible for group strategy, business development,
global mergers and acquisitions, investments, and CarRentals.com.

Expedia’s $3.2 billion in new capital comes from a $1.2
billion equity investment from two private equity firms and around $2 billion
in new debt financing.

Each will receive a seat on the board: David Sambur, co-lead
partner of Apollo’s private equity business, and Greg Mondre, co-CEO and
managing partner of Silver Lake.

Expedia said its senior executives will take salary cuts of
25% for the balance of the year. Meanwhile, the chairman, CFO and board members
will not receive cash compensation for the remainder of the year.

Impacted employees will retain healthcare benefits and, if
they are furloughed, Expedia will cover employee premiums.

Expedia said it will also seek government aid in various
countries when feasible to help employees.

The company will cease 401(k) matching contributions in the
U.S. through 2020.

Parents, caregivers and employees with personal needs will
have the option of a voluntary reduced work week program. If they participate,
their work week will be shortened to three days.

Diller said Expedia has seen “an extraordinary number of
challenges” since the coronavirus crisis began, with call volume spiking 500%.

Every day, the travel leadership team has met since March
16, the chairman said.

“There is nothing like a crisis to show the mettle of our
executives, and I can say that without exception, none have been wanting,” he
said.

Diller remains confident Expedia will “have a far finer
operation coming out of this crisis than going into it.”