WASHINGTON (AP) — The operating rights to Donald Trump’s opulent hotel near the White House is being sold to a Miami investment group, according to published reports citing anonymous sources. 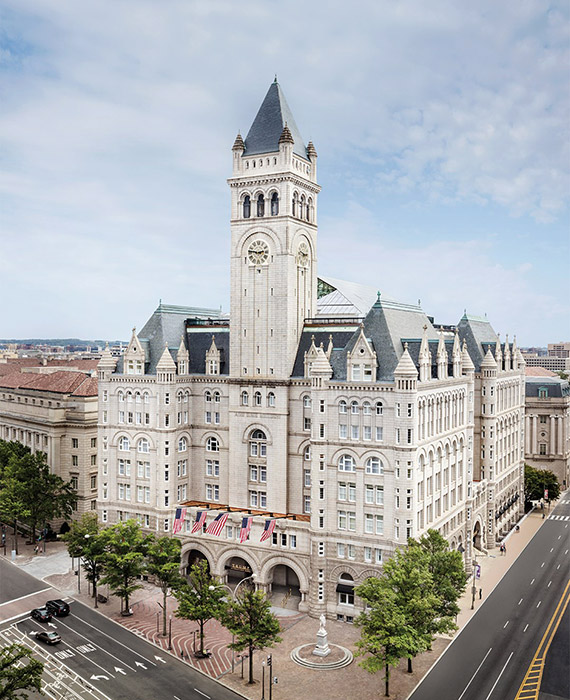 CGI Merchant Group agreed to pay the Trump Organization $375 million for the rights to the 263-room hotel and has plans to rebrand it as a Waldorf Astoria, according to the Wall Street Journal and the New York Times, citing sources with knowledge of the matter.

Neither the Trump Organization nor CGI responded to numerous requests for comment.

The deal is expected to close early next year after which the hotel will be managed by the Waldorf Astoria under a separate deal struck by CGI, according to the Journal. The Waldorf Astoria brand is owned by Hilton Worldwide Holdings.

The hotel real estate — the former Old Post Office Building — is owned by the federal government. The Trump Organization and Colony Capital redeveloped the Beaux Arts-styled structure into a luxury hotel that opened in September 2016, just two months before Donald Trump won the presidential election.