You’d be forgiven if you missed the makeover Royal Caribbean International gave to the Freedom of the Seas.

The ship had barely debuted its $116 million new and refurbished features in March 2020 before the pandemic brought cruising to a screeching halt.

I finally got a look at the Freedom during a three-night sailing to the Caribbean in September. Rather than just fresh coats of paint and cosmetics, I found the amplification project injected new play places on the ship for kids and adults alike, with new toys, food and places to unwind.

Freedom’s revamp was part of the Royal Amplified project, which refurbished five ships from 2018 to 2021: in order, the Independence of the Seas, Mariner of the Seas, Oasis of the Seas, Freedom and Navigator of the Seas. Royal Caribbean spent more than $600 million sprucing up those workhorses that now largely sail short cruises.

Royal Caribbean approached the amplification project like one would updating a house: This wasn’t just renovating but building an addition. 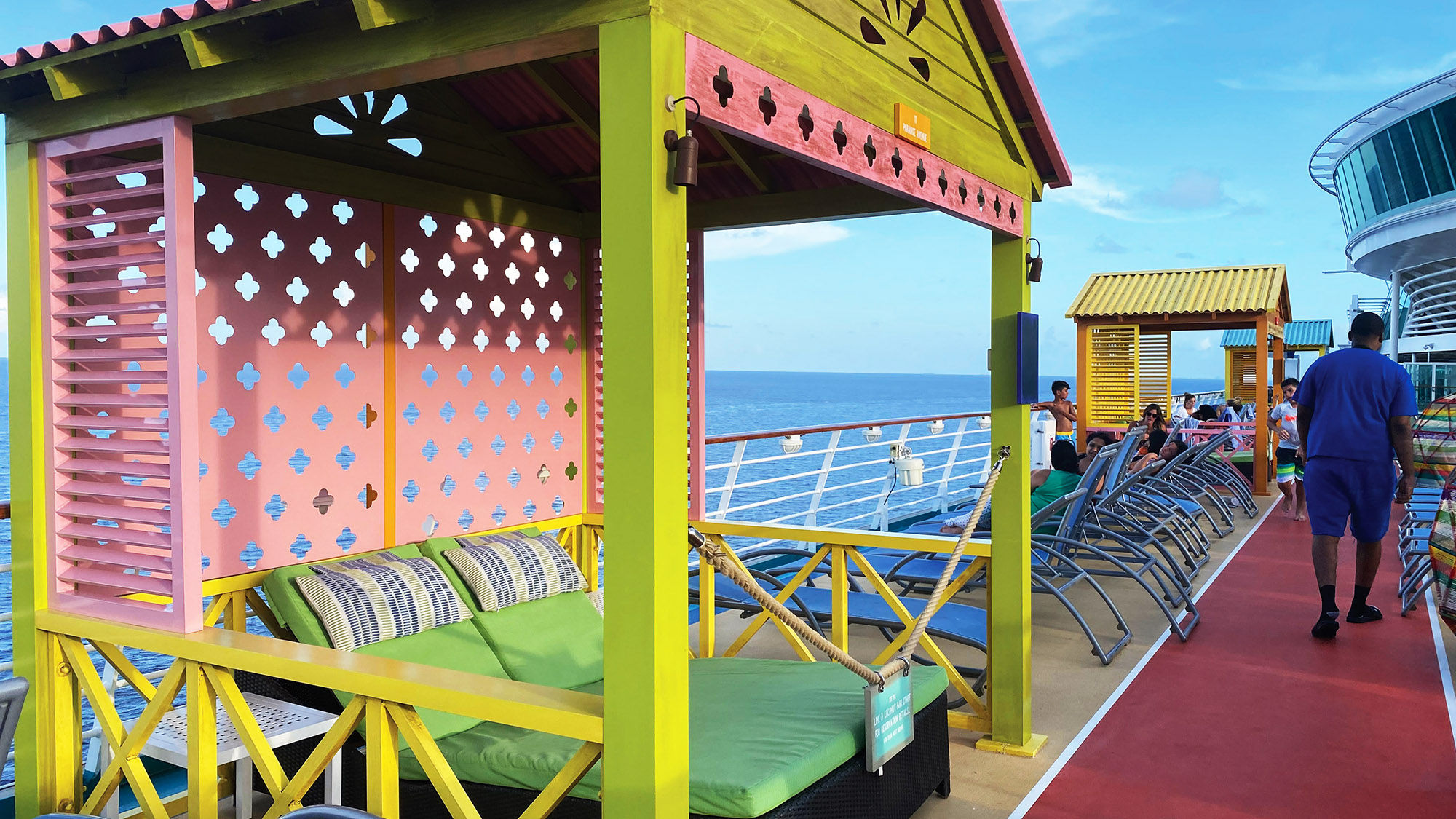 Some projects were small, like the bright, palm-themed paint job in the pool area or new furniture, such as the colorful reservable huts, known as casitas, on the top deck overlooking the pool. My guest and I chose to lounge in one of nearly a dozen new rainbow-colored, domed day beds while we people-watched in the pool area.

Other changes were more involved, like the addition of Playmakers Sports Bar and Arcade, a concept that launched on the Symphony of the Seas when that ship debuted in 2018.

Prior to the amplification, the Freedom lacked a sports bar. During the Mariner’s amplification in 2018, the bar grew to include an Owners’ Box, which features large screens, couches and cushioned chairs to privately watch sporting events (reservations are required). After hearing that people liked the Owners’ Box idea but wished it was bigger, the line expanded it onboard the Freedom.

When I stopped by, the space was glowing with dozens of TV screens, and arcade favorites like Skee-Ball and a basketball-shooting game lined the walls. 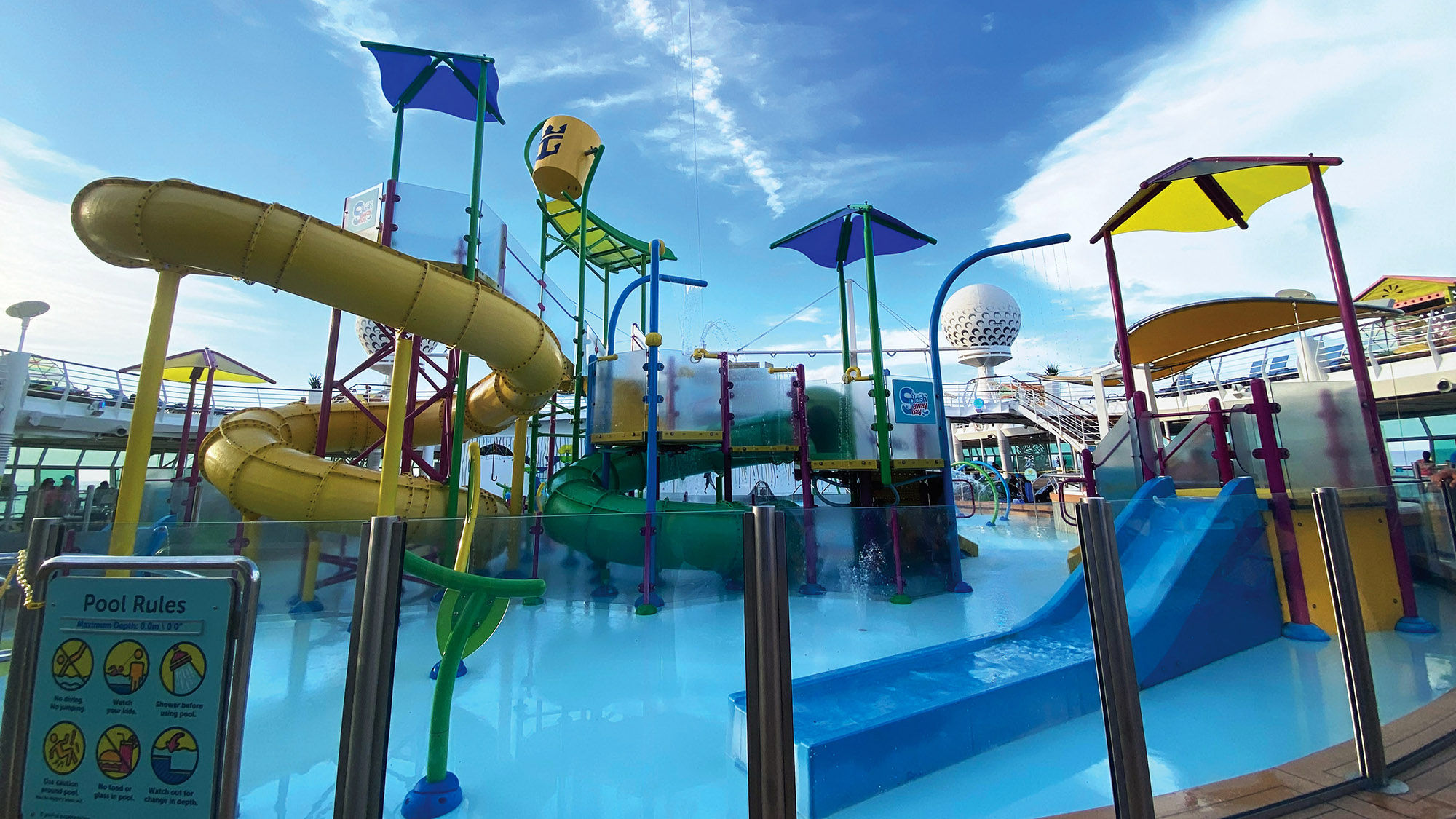 According to Mike Matthews, who co-owns Cruise Planners Fernandina Beach in Florida with his wife, people like Playmakers in part due to the variety of sports they can watch at sea. He said he likes that the brand tries new ideas on older vessels.

“Royal keeps reinventing themselves,” said Matthews, whose agency sells a lot of Royal and short cruises. “By having bigger ships, they’ve created a lot more spaces to make those opportunities.”

The line also introduced Giovanni’s Italian Kitchen during the Freedom upgrade, a new restaurant for the brand. The menu includes a loaded charcuterie board, creamy pasta dishes, hand-tossed pizzas and creative takes on dessert, such as a sweet ravioli drizzled with chocolate. My guest enjoyed the tiramisu so much he stopped our conversation to say he was having a moment with his dessert. 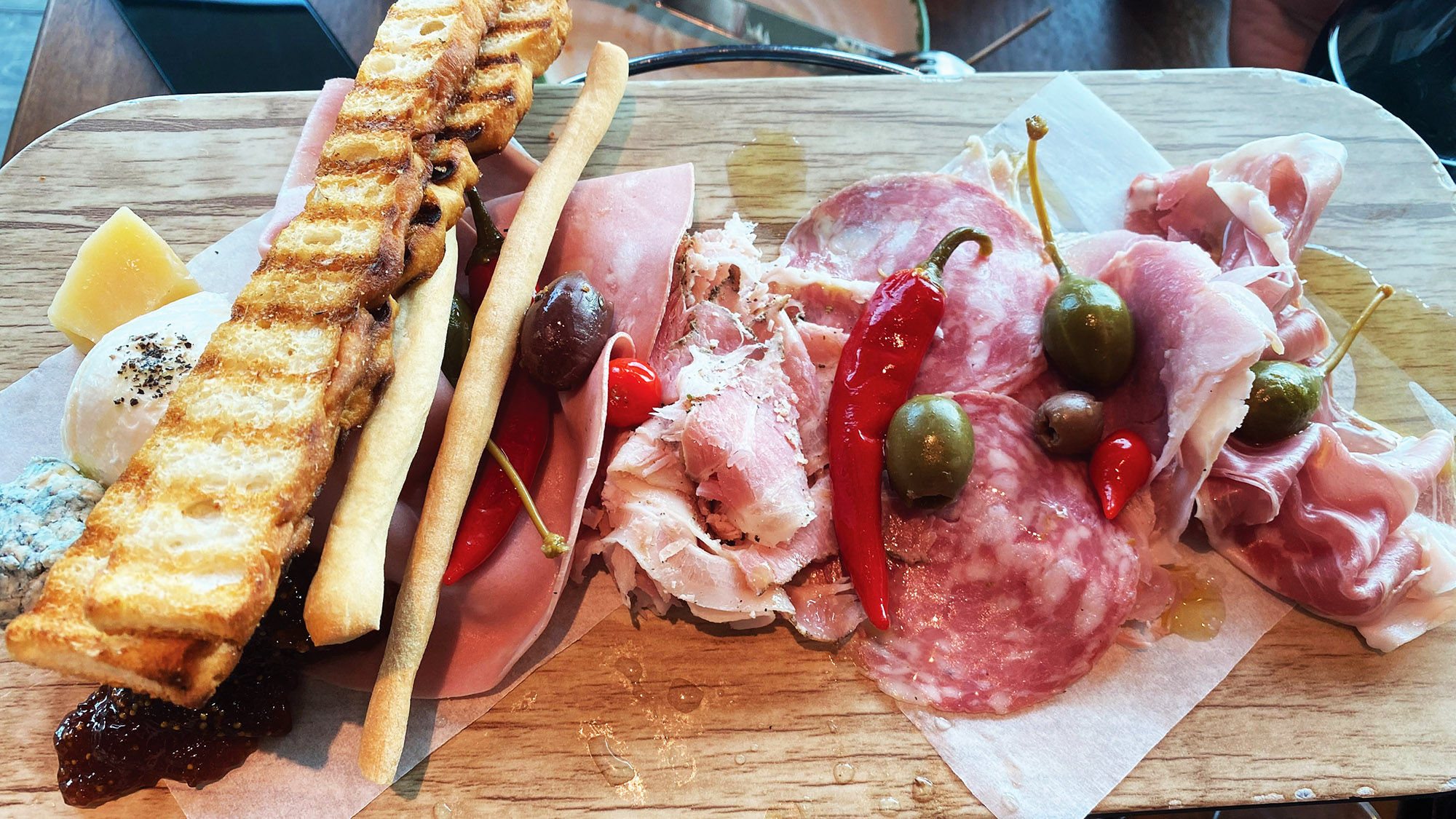 Many of the other additions to the ship were water-based. The pool just outside the Lime and Coconut bar was expanded with in-water lounge chairs for guests, like parents, to be partially wet in the pool with their kids but not totally submerged.

The kids’ pool area was also reimagined. Splashaway Bay has tube slides and features like a water-dumping bucket in an attempt to make the kids area a resort-style waterpark. Within sight is an El Loco Fresh restaurant serving casual takeaway Mexican food where passengers can quickly get customizable food like quesadillas or burritos or sharables like nachos. It replaced a Johnny Rockets burger restaurant, which was more of a sit-down eatery.

The amplification also introduced a pair of three-story, racing waterslides called the Perfect Storm, individually named the Cyclone and Typhoon.

Some changes are less obvious. Raised benches now surround the basketball court, making it easier for parents or grandparents to watch the action.

While the Studio B ice rink existed before the amplification, it now can transition into a laser tag arena or a nightclub. The decision to relocate the nightclub there freed up a prime location in the interior of the ship for the Izumi Hibachi and Sushi restaurant.

The amplification did miss a prime opportunity to upgrade bedside outlets to include USB plugs in the staterooms. The ship does, however, now have faster Internet.