Fears are growing for the life of a whale that has been trapped in fishing nets in Japan for six days.

Marine specialists are worried the minke whale will die of exhaustion or starvation within hours.

Drone footage shows the animal bashing itself against the maze of mesh, and deep-diving in desperate efforts to escape.

The nets, at the port of Taiji, infamous for its annual dolphin hunts, are in place all year round to catch fish, and are not intended to target whales. 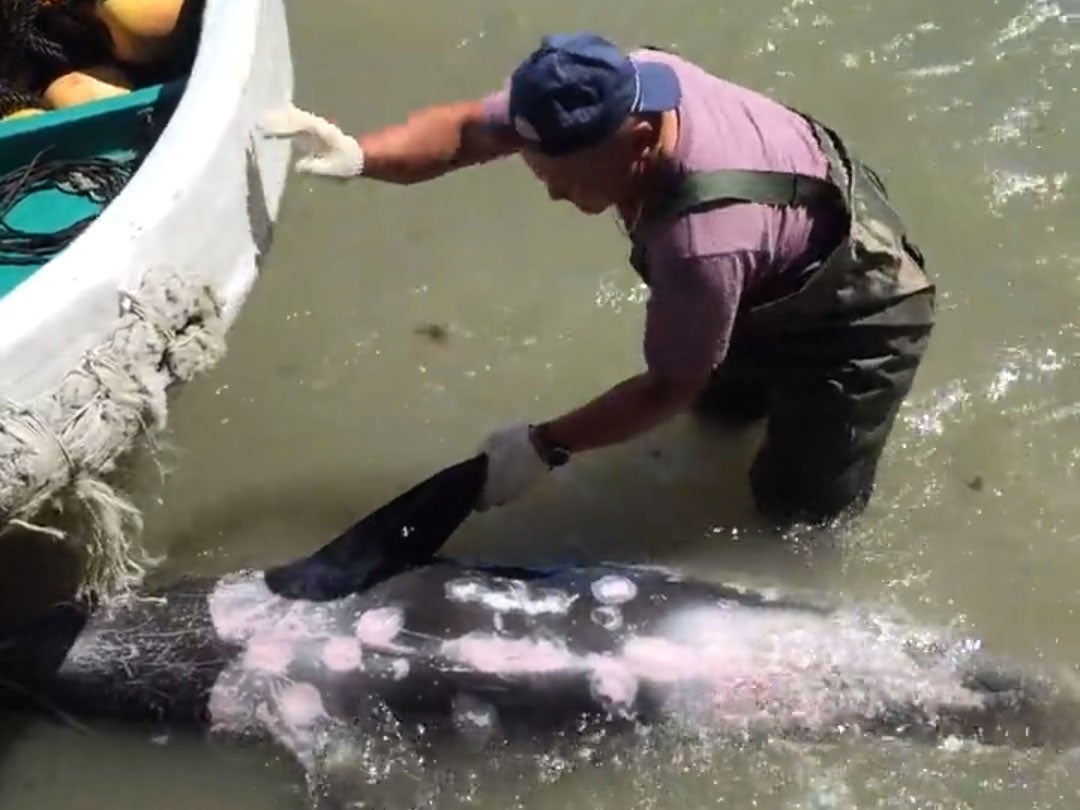 Experts from Japan’s Life Investigation Agency, which works on wildlife issues, say no attempts have been made to release the minke since it accidentally became trapped on Christmas Day.

The whale’s risk of entanglement is growing, and the animal is getting weaker without food, according to activists.

The investigation agency says watching the mammal frantically trying to escape is “unbearable” and are urging authorities to intervene.

Ren Yabuki, of the agency, said: “Despite Japan being a whaling nation, it’s unjustifiable by anyone’s standards to make an animal suffer in such a cruel manner. The indifference to this animal’s suffering is shocking.”

People in the UK have been urged to protest to the Japan Fisheries Agency and to the Taiji Fisheries Cooperative, which owns the nets, as well as the Japanese embassy in London.

But it’s feared the minke will not survive because fishermen are on holiday until Tuesday.

Georgie Dolphin, of Humane Society International, said: “The minke whale must be increasingly distressed and should not have to endure such unnecessary suffering. We implore the Japan Fisheries Agency to step in to release this whale. 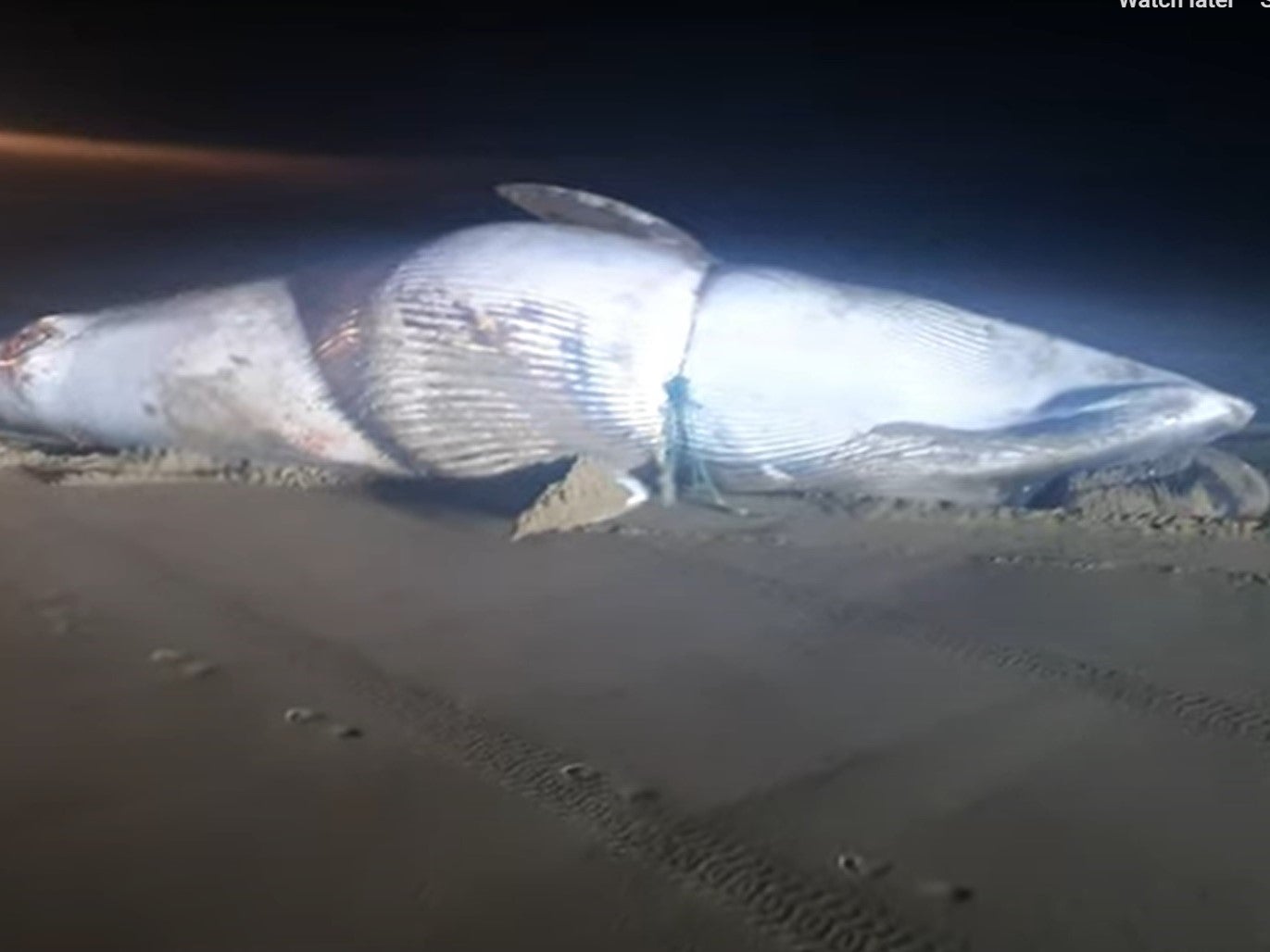 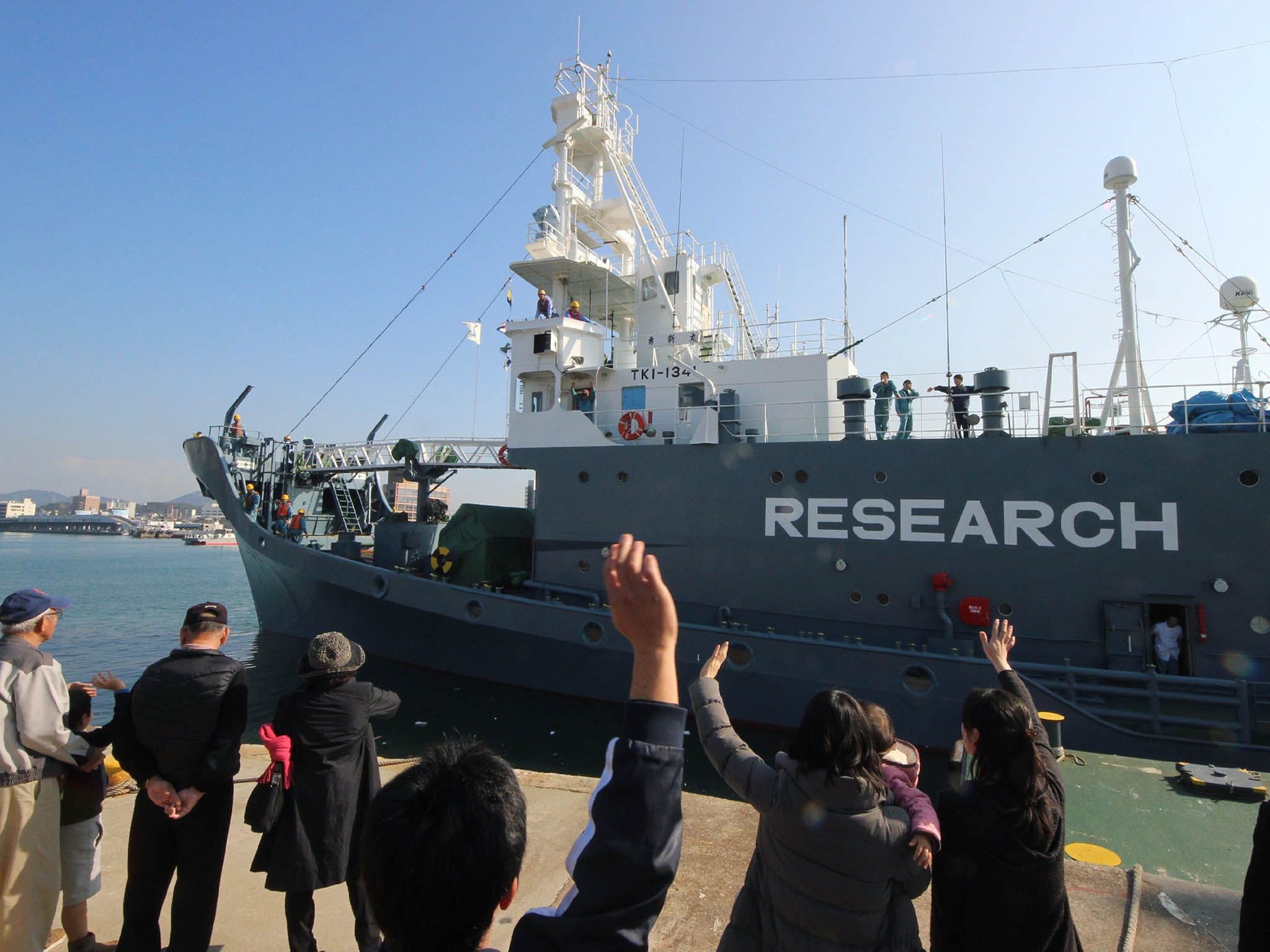 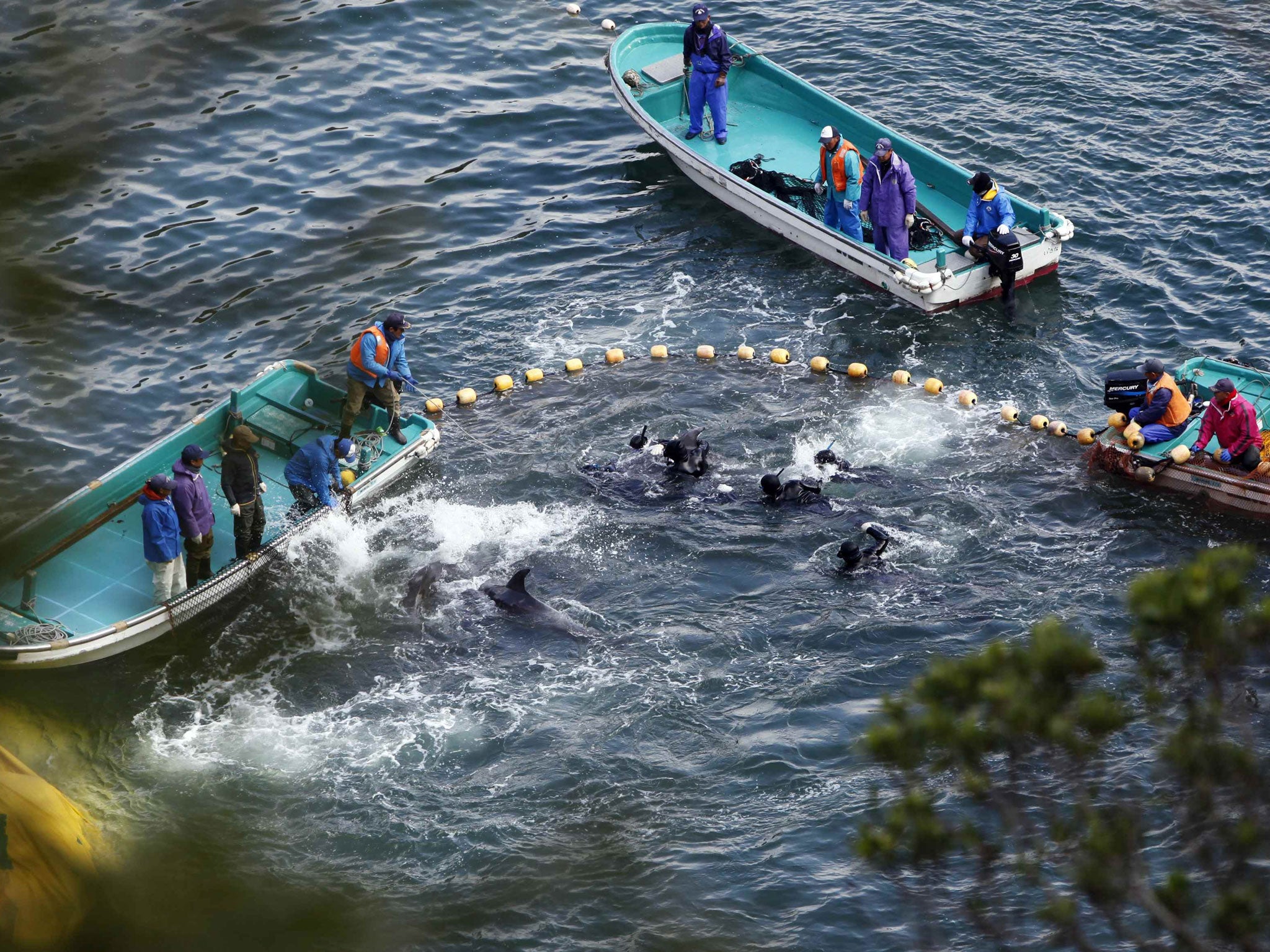 “It is soul-destroying to see the minke whale trying to break free. Thankfully there are dedicated activists on the ground documenting the situation, but if the whale is not released soon, we fear the worst.”

Activists say the whale is swimming in tighter circles than at the start, and is unable to follow its migration instincts.

The Dolphin Project claimed Mr Yabuki had been physically assaulted when he approached the owners of the nets.

Every year, from September to March, a large-scale dolphin hunt is carried out at Taiji. The animals are rounded up by “banger boats” and driven into shallow waters where they are trapped by nets. Many are slaughtered with knives; others are sold and sent abroad to marine theme parks.

Last week at least 85 dolphins were caught from a pod of bottlenose dolphins, according to the Dolphin Project group.

It’s rare for whales to be caught in the harbour nets but a humpback that was trapped last month was freed within a day.

The Independent has asked the Japan Fisheries Agency and the Japanese embassy to comment. There was no response when telephoning the Taiji Fisheries Cooperative.