Anyone would feel like Meryl Streep or Robert Redford in the film “Out of Africa” when visiting AndBeyond’s Phinda Vlei lodge in northern KwaZulu Natal, South Africa. I know I did.

The lodge was created in vintage style and offers a colonial chic experience with majestic chairs, dark wood furniture, a four-poster bed and even a brass bathtub. This luxurious homestead in the middle of the wilderness overlooks a beautiful vlei (wetland pan). 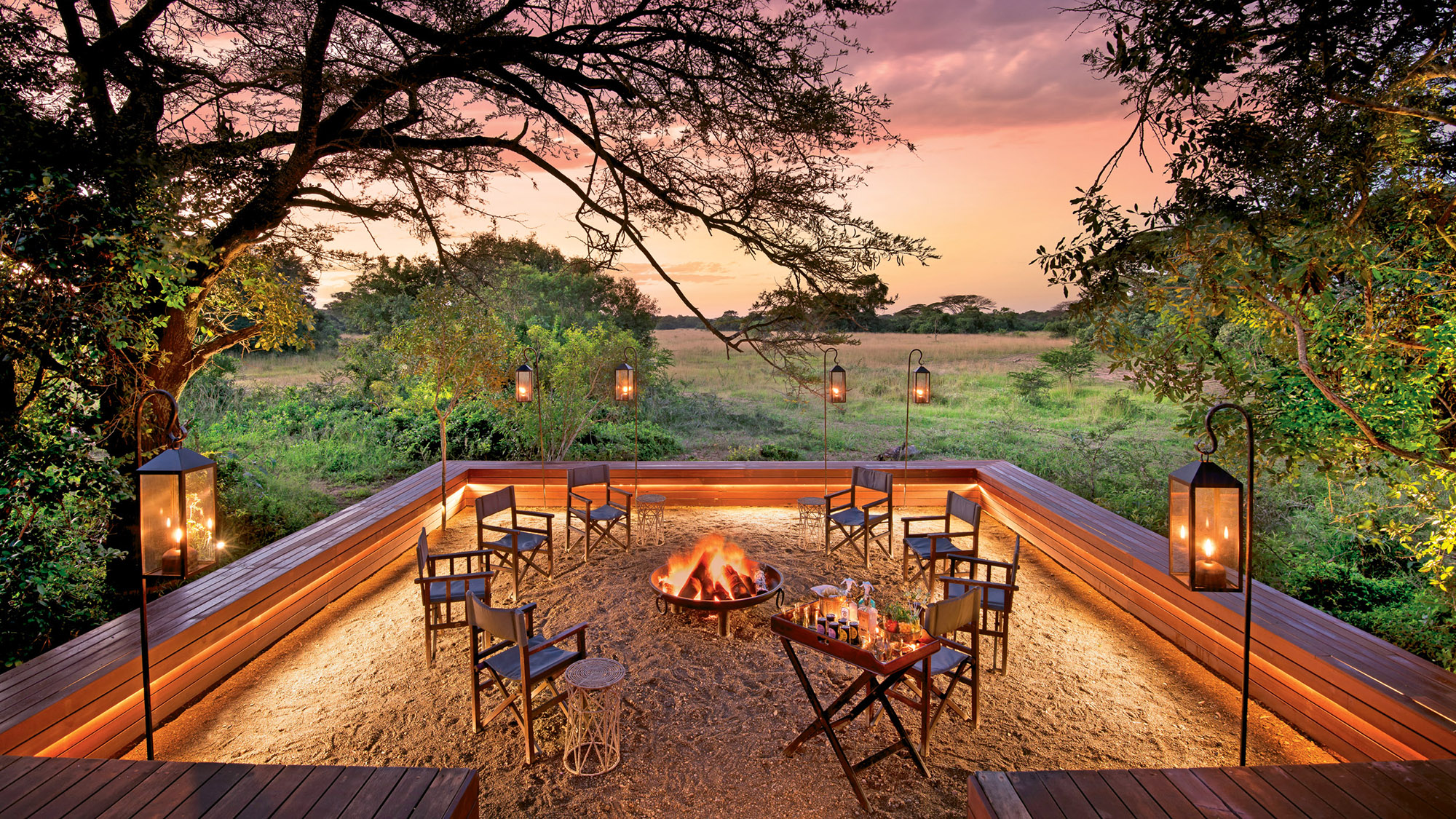 The camp has six suites, each with its own private plunge pool. The suites are designed in such a way that you feel you are alone in a very unique African wilderness, one that sets itself apart largely because of the sand forests that can only be found in a handful of countries in subtropical regions.

While the lodge enables travelers to step back in time, the story of Phinda is actually a modern success story of conservation and empowerment. When AndBeyond started Phinda, the land consisted of cattle ranches and pineapple farms. Severely overgrazed and degraded, the land supported little wildlife. The goal was to bring back the original biodiversity of the region — the lions, the elephants, the leopards — while also getting the buy-in of the community.

Phinda means “the return” in Zulu, a name that has turned out to be quite prophetic. Not only was the wildlife returned to the land, but a significant portion of the land has since been returned to its ancestral owners in a novel partnership between AndBeyond and the neighboring Makhasa and Mnqobokazi communities. Through its charitable partner, the Africa Foundation, AndBeyond has also supported 10 high schools, 20 primary schools, one special-needs school and 15 nursery schools across the five communities surrounding Phinda as well as two medical clinics in the area serving more than 6,000 patients a month.

That is the history of the lodge that game ranger Thulani Mbazini shared with me on the first day of my stay. Thulani himself comes from the local community. He started at Phinda as part of the bush-clearing team. “After school, I was a bit lost. I actually wanted to be a teacher, but I didn’t register at university in time. So, my brother told me it was time to get moving and earn some money for the family.”

Although he didn’t mind the physical labor of clearing the bush, when a spot as a tracker opened up, Thulani jumped at the opportunity. He enjoyed tracking the animals, learning about their behavior and spending time with overseas clients. But it also sparked a fire in him to climb further up the ladder. “I wanted to become a game ranger, but I couldn’t afford to take the time off to study. I had a family depending on my income,” he explained.

So, Thulani turned to AndBeyond to see what his options were.

“For six months, I had to prove that I was truly motivated. I studied wildlife behavior and other ranger skills each day after finishing my tracking work. After six months, AndBeyond formalized my training and gave me the time off for me to ‘officially’ become a game ranger,” he said. 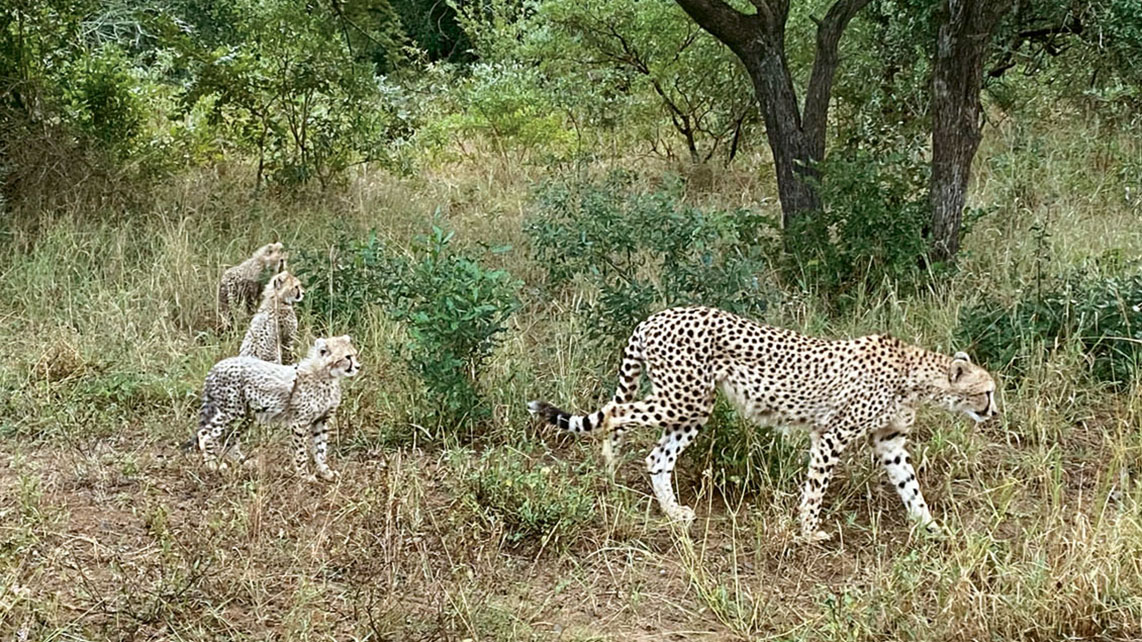 Thulani admitted he actually failed his practical exam. “It was daunting to have all the AndBeyond leaders on my vehicle,” he said with a laugh. “I was so nervous, but I went through the motions. As I would do with any guest, I asked them which animals they wanted to see. They told me elephants were on their radar, so I set out to find this majestic animal. I was so happy when I found elephants.

“However, in the background, we could hear a lion contact-calling. I did point it out but told them we would first enjoy the elephant sighting. That’s where I messed up. A lion contact-calling makes for a much more interesting sighting. It was heartbreaking to fail, but it taught me to rely on my expertise more as a ranger.”

Although Thulani still considers himself a newbie — he became a ranger just before Covid-19 hit — his knowledge of the bush and his love for the wildlife is inspiring. Never giving up, Thulani tracked a mother cheetah and her cubs for me. In an incredible sighting, the mother cheetah was desperately looking for two lost cubs, contact-calling at different points to see if she could locate them. Thulani explained her behavior and that of her remaining cubs, pointing out small details and interesting facts.

During one of our night drives, Thulani located a mother hyena who had recently given birth to several cubs.

“They got a bad rep because of ‘The Lion King’ movie, but in fact, hyenas are incredible animals who are just misunderstood and underappreciated,” he said. “Although hyenas are often portrayed as being stupid, they are in fact incredibly intelligent and are even said to be able to count. Their intelligence means they are also incredible and versatile hunters.” 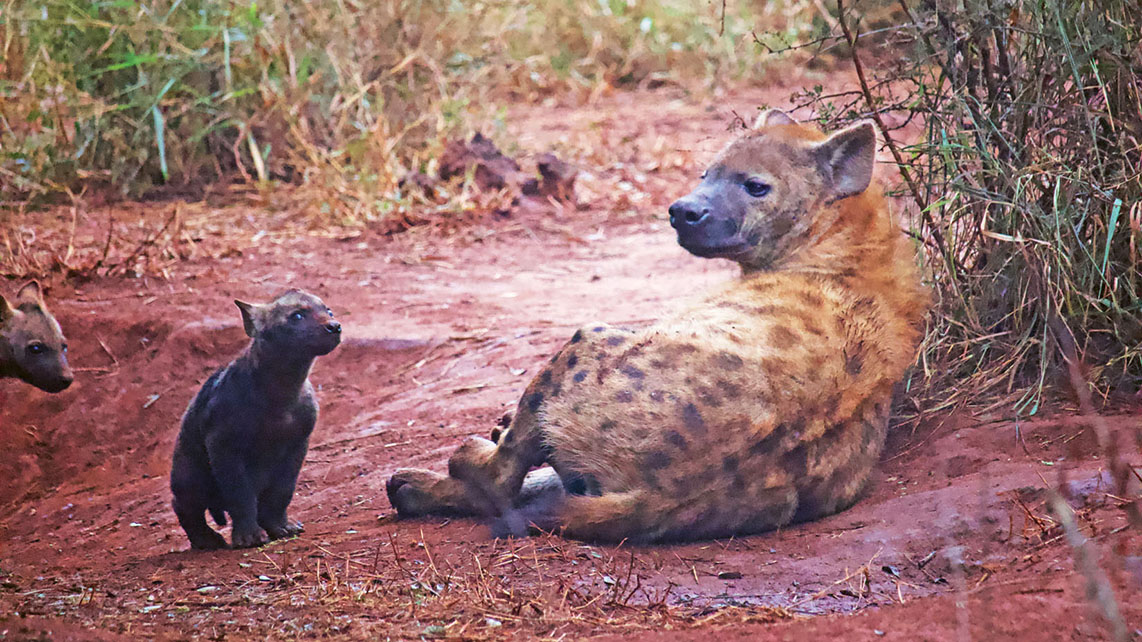 Thulani’s story is one of upliftment and empowerment, but he is certainly not the only one whose life was changed for the better thanks to AndBeyond. The manager in the neighboring Phinda lodge started as a porter and made his way up the ranks.

AndBeyond is definitely a pioneer when it comes to conservation. The brand doesn’t just pay lip service to the idea of conservation. Instead, it truly lives by its pillars: Care of the Land, Care of the Wildlife, Care of the People. With Phinda, AndBeyond created a business model that is doing good by doing well. Today, Phinda is providing a proven case study that is widely regarded as an ambitious and successful blueprint for international ecotourism.