or hundreds of years Norwich was England’s richest provincial city. But just when the rest of the country was powering ahead, the city’s economy collapsed. Bankruptcy loomed. How could it reinvent itself and bounce back?

I’m taking a walk around Norwich’s historic centre to explore its rollercoaster economic story. My journey begins at the Erpingham Gate, a massive stone archway that forms the main entrance to Norwich’s Norman cathedral. It’s evidence of enormous wealth from the medieval merchants and the gratitude of local heroes, building great monuments for the city. This is one of my favourites, built by Sir Thomas Erpingham in thanksgiving upon his safe return from the battle of Agincourt alongside Henry V.

Passing through the archway, I’m in a large, open space. This is Tombland, but you won’t find any bodies here. It’s the ancient Saxon marketplace, which they set up in the town they called Norwic, the north market. The main Roman roads running north-south and east-west cross here, but there was never much of a Roman presence in what they saw as a backwater. It was the Saxons who saw Norwich’s potential as a great trading centre, connecting with their networks across Europe and beyond. 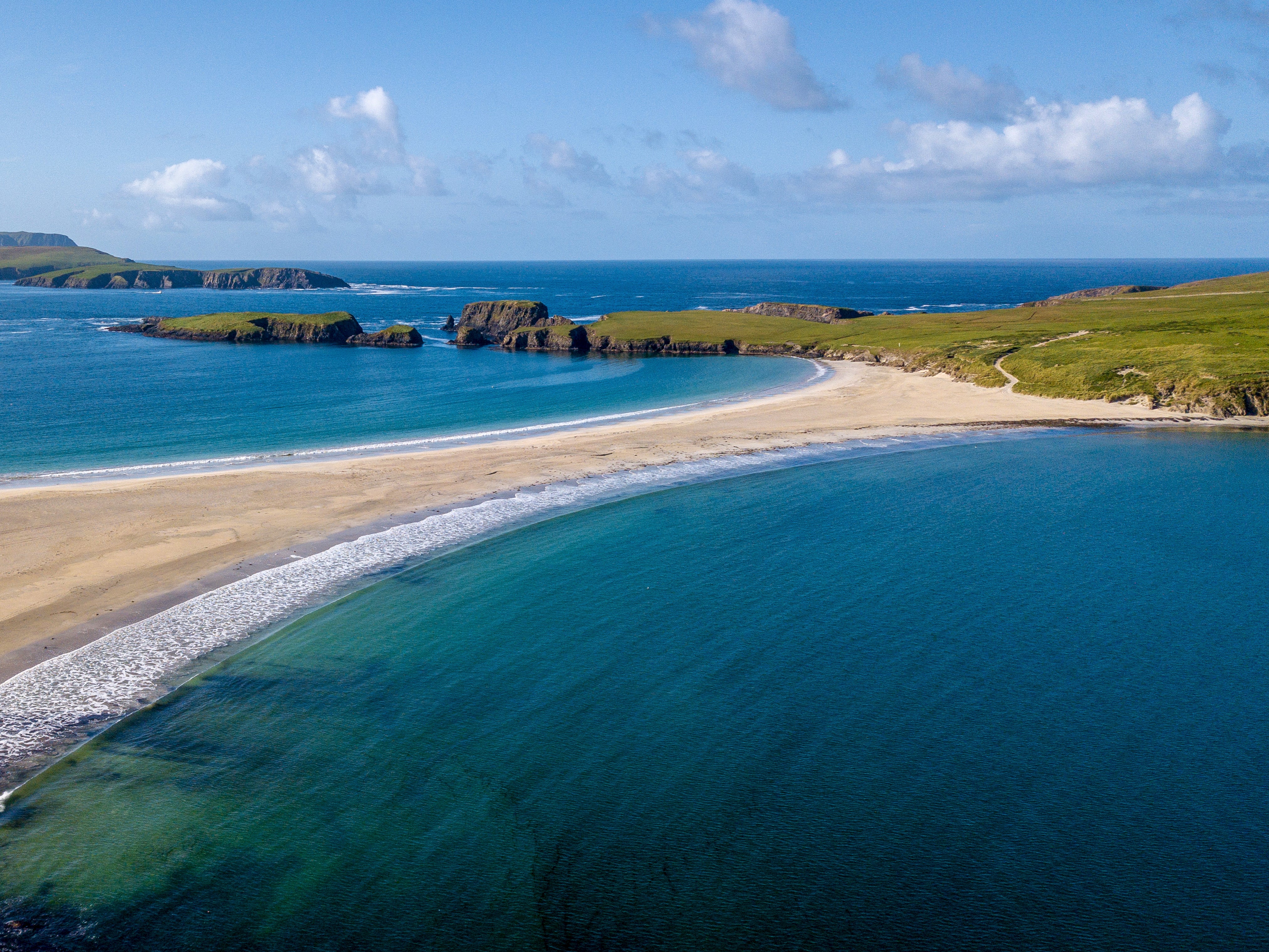 I turn right out of Tombland, along Wensum Street, and stop at Fye Bridge. I’m looking down onto Quay Side, the Saxon wharf, with its pastel-painted former warehouses and the Wensum river curving away into the distance.

All that wealth attracted the attention of the Vikings, and then the Normans, who established the cathedral, the castle and what was known then as the ‘French’ market. But the real money wasn’t being made there, in the posh part of the city. It was being made here in ‘Norwich-over-the-water’, the industrial area north of the river. I cross Fye Bridge and turn west into Colegate (the ‘gate’ suffix is a clue that it’s a Viking name). 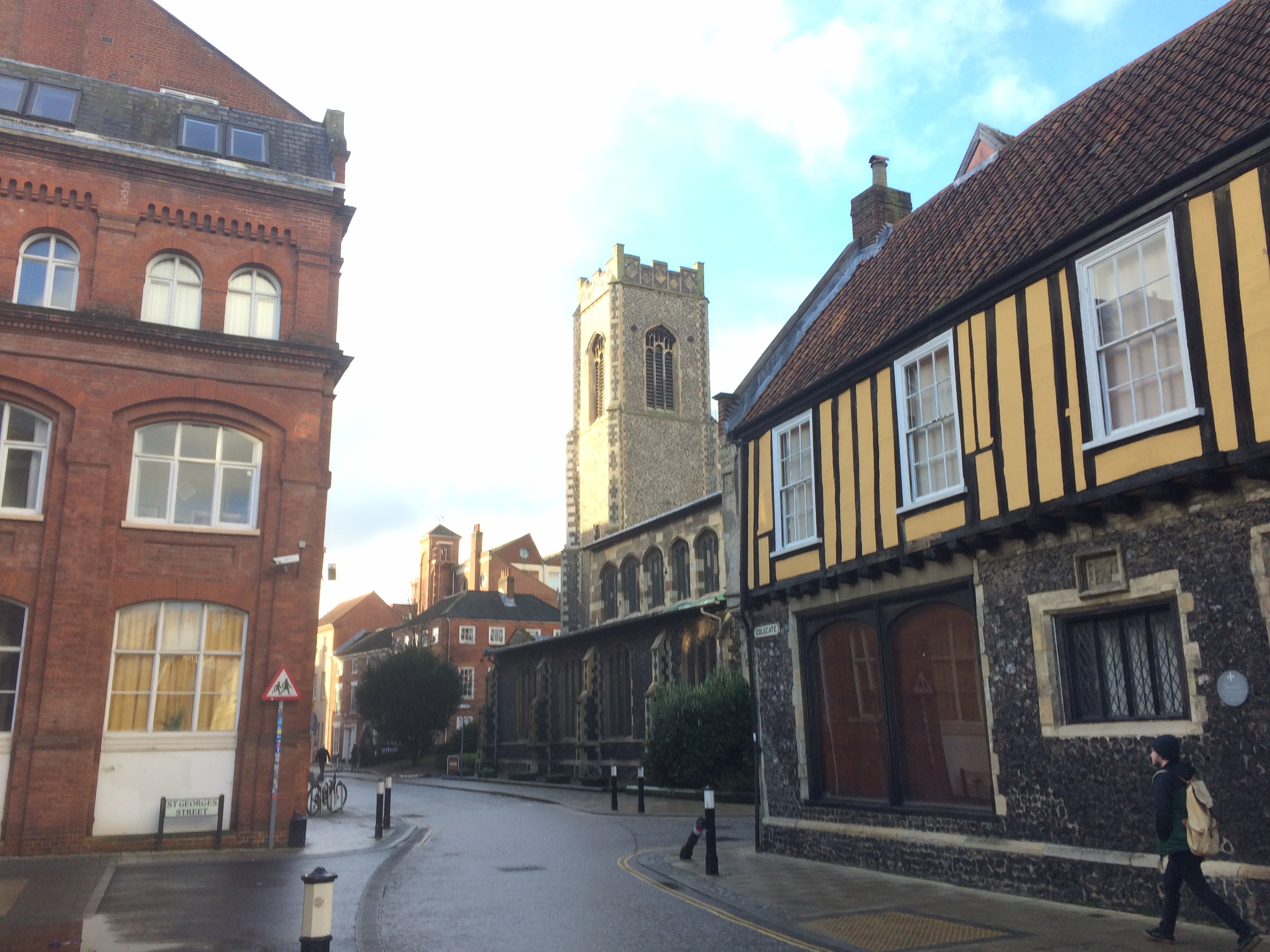 Along the length of this street there are grand Georgian mansions and some that are much older (Pevsner Architectural Guides lists at least 10 fine houses). These were the business premises of the Norwich textile merchants, as well as their family homes, built to impress. Their workforce lived and worked in the streets all around, their handlooms rattling away in the attics. Looking up at Number 19 Colegate, I see ‘lucams’ – large dormer windows, a sure sign of a weaver’s loft. Those weavers were highly skilled and many of them were descended from refugees fleeing persecution in the Netherlands. They brought their canaries with them – they’ve all gone now, but they live on in the Canaries, Norwich City’s football club. For hundreds of years the merchant families made their money by selling exquisite woollen cloth to customers as far away as China and Russia. So much wealth – what could possibly go wrong? But in the early 1800s, a perfect storm emerged. Norwich couldn’t compete with the new textile towns in the north, manufacturing much cheaper cotton; it had never mechanised its industry (no cheap coal or fast-running water); and the Napoleonic wars had wiped out its markets. The textile merchants were switching to an emerging financial services sector – and that was badly hit by a banking crisis.

For a generation Norwich was in dire straits. And then it achieved something of a miracle: it reinvented itself as a shoe-manufacturing centre. I’m in St George’s Plain, where Colegate crosses St George’s Street, in front of an enormous brick building. This is the former Norvic shoe factory, in its day the largest in England. Those skilled weavers turned their nimble fingers to making elegant ladies’ shoes. The industry did so well that they set up a Technical Institute nearby in St George’s Street, teaching the workers about design as well as manufacture. It’s now home to modern design students at Norwich University of the Arts.

For a generation Norwich was in dire straits. And then it achieved something of a miracle: it reinvented itself as a shoe-manufacturing centre

I turn down St George’s Street. Crossing over St Andrew’s Street into a maze of narrow medieval streets, I emerge in a vast open space that’s mostly taken up by the open-air market. Straight ahead is the medieval Guildhall, with its distinctive chequered flint walls, and beyond that is City Hall, built in the 1930s in a Scandinavian style. (Apparently Hitler admired it, which is why he instructed his Baedeker-raid bombers not to flatten it.)

Across the marketplace I see St Peter Mancroft, such a large church that people often think it must be the cathedral, and opposite that is my final stop: the Forum. This is a dramatic, high-tech structure: the whole of its façade is glass, set in a horseshoe-shaped brick surround. As well as being a place for events and meeting up, it’s the Millennium Library, replacing the old Central Library destroyed by fire in 1994. And Norwich people love it. Maybe we see it as a symbol of the city’s extraordinary resilience.