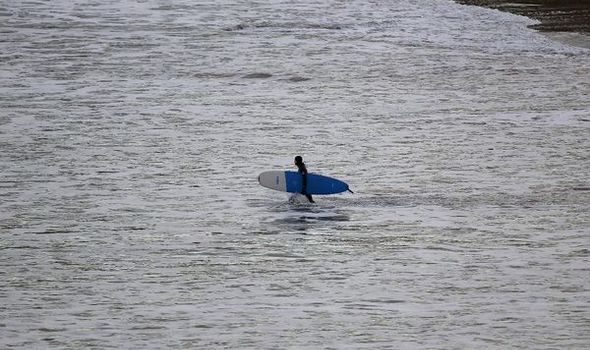 Thurso is the northernmost town on the British mainland and was prime viking territory – the name roughly translates as ‘the place of Thor’s river’. I’d heard the rumours, growing up, that there was an Indonesian-style barrel at the end of the road in Caithness, at the very top of Scotland.

I was living in Cornwall at the time and one Christmas Eve I headed to Thurso to see for myself. I looked across the bay where an overhead north swell was running down the reef.There were fun waves, but no barrels. I asked a local why it wasn’t barrelling and was told that I needed to come back when solid northwest swells align with rare southeast winds.

A year or two later, I made the drive again. This time the bay was dead calm, like a millpond. I thought I’d been hoaxed.Then I noticed two other surfers preparing their boards.The water at Holborn Head, the point behind Thurso where swells pass before arriving at the reef, turned dark. Soon there were lines discernible in the bay. Then an immaculately groomed set arrived, moving at formidable speeds. Each swell hit the reef and thundered down the line with incredible ferocity. It was double overhead and yes, barrelling all the way with thick, serrated lips.

But as fast as the waves arrived, they vanished again – the energy dissipated and the bay returned to a state of total calm. It was 20 minutes between sets, nothing in between. I had never seen waves do that in all my years of surfing around the UK.

Where to stay: Sandra’s Backpackers is a popular budget option.

Things to know: Surfing in Scotland has boomed in recent years so don’t expect to have the premier waves to yourself. 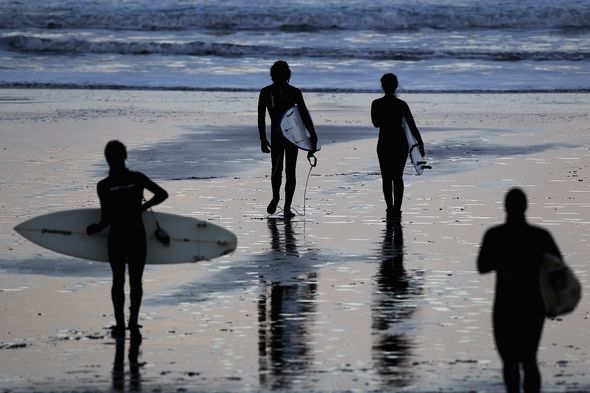 Deeper inside Thurso Bay, Sewer Pipe is an A-frame reef break that offers good quality rights and punchy lefts – great for intermediate surfers. The wave forms two peaks and is accessed from the harbour car park or by paddling out in the river that runs behind the break.

When huge winter swells bombard Caithness, head to Skirza on the east coast and you may encounter one of Scotland’s most legendary waves.The long, powerful lefthander is located near Skirza Harbour and breaks over a boulderlined point that can serve up barrelling lefts, running for hundreds of feet at a time.

Staithes is tucked away under high, crumbling sea cliffs beneath the rolling North York Moors.The lanes that lead down are so steep and narrow, only locals are allowed to drive past the pastel-painted cottages with their red-tiled roofs.

This rugged coastline lacks the 60 years of surf culture and associated hype found in places like Newquay.

The nearest surf shop is up the coast in Saltburn. Few surfers up sticks and move to Yorkshire for their regular surf fix, but it’s not a spot for tyros.

Try taking off on one of the bowly lefts that mark The Cove, feeling that weightless drop before hooning along the face and seeing the lip of a barrel unfurl.

There is also The Point, a hollow left which can also provide a very short, shallow right, and The Harbour, a left-hand peak breaking in front of the harbour wall. It’s a goofy-foot paradise. 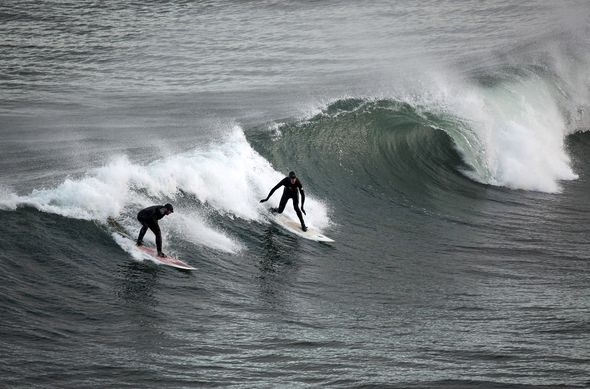 The cold may get the better of you here, but you can always warm up in the surf-friendly Cod and Lobster with a pint of Yorkshire ale.

Getting there: Park above the town at Bank Top car-park (fee) or at Crowbar Lane (free).

Where to stay: Plenty of B&Bs and campsites Things to know: Use a high performance shortboard or a semi gun for bigger days.Wear minimum 5/4mm wetsuit, boots, hood.

Not as fast as Staithes but still a classic, it fires up when a large westerly swell hits southwest England and the wind is southerly or southeasterly. Porthleven, Cornwall Facing southwest, Porthleven is a working port exposed to everything that prevailing southwesterly Atlantic gales can throw at it. First surfed in the mid-60s Porthleven, along with Thurso East in Scotland, provides some of the UK’s most iconic waves. If you like fast, hollow, board-snapping rights, this is the place.

Wild and magical, the UK mainland’s most westerly beach is pummelled by swell all year and has a set up that’s perfect for all types of surfers.The beach faces northwest and stretches in an arc from the village houses near the harbour breakwater on the left to the northern end, the less accessible area known as Gwenver.To follow this trajectory is to go from beginner grade waves to serious surf of excellent quality.

Gwenver itself, or Spot G, as it was known for many years, even after it had been outed, is one of the best breaks in Europe, let alone the UK.

Here there is white sand and exposure to swell (the old saying is right – if there’s no swell at Sennen and Gwenver, there’s none anywhere), as well as secluded coves, high moors dotted with holy wells and stone circles, windswept cliff walks, abandoned tin mines and everywhere, the sea.

Type of wave: Beach break. Best conditions: September and October, when the sea is warmest and there’s swell.

Getting there: Don’t park in the cove in summer, it’s always rammed. Park in the field above the cove and walk down.

Where to stay: The Old Success Inn has rooms and good food. Above Gwenver beach there’s Trevedra Farm campsite.

Things to know: Rips are strong on big days.

Croyde has a range of breaks, from punchy low-tide beach breaks (it’s reputedly the fastest low tide wave in England) to more mellow waves as the tide rises.Also check out the challenging reef breaks at Saunton Sands, a popular longboard wave. Scarborough, North Yorkshire One of northern England’s surfing hubs, North Bay is the most consistent of the town’s two bays, picking up northerly and big southeasterly swells, which break beneath Scarborough Castle. South Bay has beach breaks and a fast right-handed reef at its south end. Both are best at low to mid-tide.