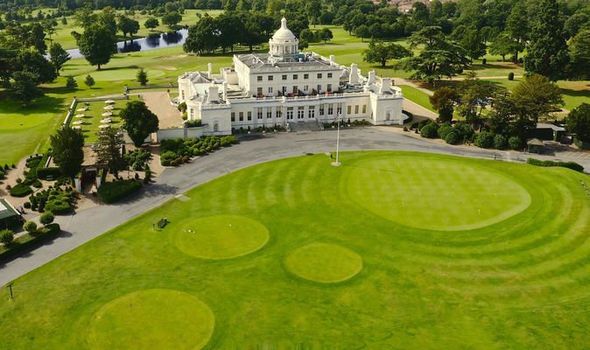 There has been some form of grand human habitation at Stoke Park for more than 900 years, but it was in 1908 that Nick Lane Jackson realised that – with its Georgian mansion and landscaped grounds designed by Capability Brown and Humphry Repton – it was a perfect location to turn into a country club.

Now a luxury hotel with 49 rooms, spa and country club, it is less than an hour’s drive from London (or just half-an-hour on the train), and close to Windsor – Windsor Castle can be seen from the grounds.

Set in 300 acres of parklands, it also has close links with the film industry, especially James Bond: it was the scene of the murderous golf tournament in Goldfinger, starring Sean Connery, as well as featuring in Tomorrow Never Dies, with Pierce Brosnan. There is a collection of Bond memorabilia on site.

It also featured in the mini-break scene in Bridget Jones’s Diary, where Hugh Grant falls into the lake, and in other films including Wimbledon, Pride & Prejudice and Layer Cake, starring Daniel Craig.

You approach via a grand and spectacular drive. Inside, you are as close as you can be to country-house living without actually being in a country house.

Think plush carpets, wood panelling, large oil portraits and tapestries. The Orangery provides space to relax and have a drink among the palm trees with views over the golf course. 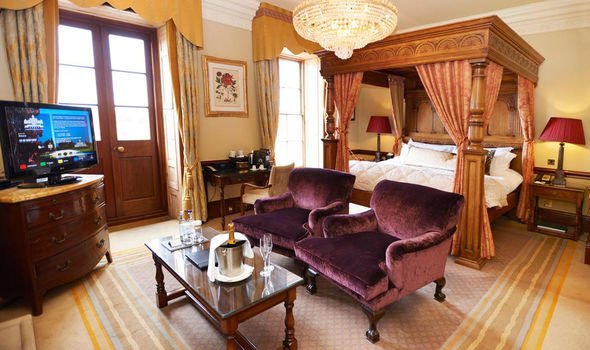 Rooms range from quite sumptuous and traditional in the main mansion – some with four-posters – with paintings and plenty of swag, to the more modern in the Pavilion, with contemporary artworks and furnishings. It also houses an incredible gym and spa.

There is no shortage of dining opportunities at Stoke Park. Fine dining, in a very elegant environment, is available at Humphry’s, open Thursday to Sunday, which holds three AA rosettes, while its head chef Chris Wheeler has also won multiple awards.

It has panoramic views looking out over the park. There is à la carte, as well as a tasting menu.

San Marco, a more casual option, is open all week for lunch and dinner, or there’s afternoon tea at The Orangery. 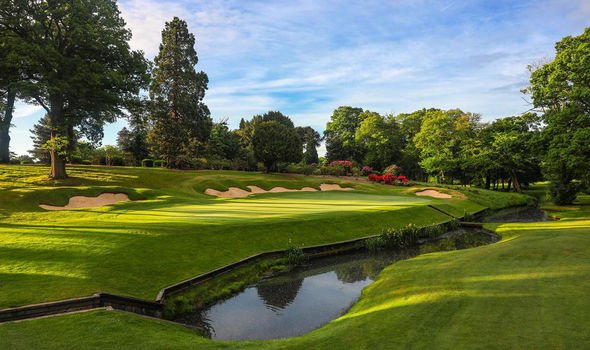 Where to start. Firstly, it’s a golf resort with its 27 holes wrapping themselves around the Palladian mansion.

Next comes the tennis, particularly when it hosts the pre-Wimbledon Boodles tournament each year in June where the greats come to play – and entertain – for five days in a garden party atmosphere.

For amateurs there are 13 courts both indoor and outdoor to have a hit on.

The grounds are so extensive with so much on offer that there is no need to leave the hotel. Take the Heritage Walk, through the rock and water gardens, across the famous 18th-century bridge, designed by Humphry Repton to the older Manor House, dating from 1555.

The walk takes about an hour and the hotel will provide you with a map. 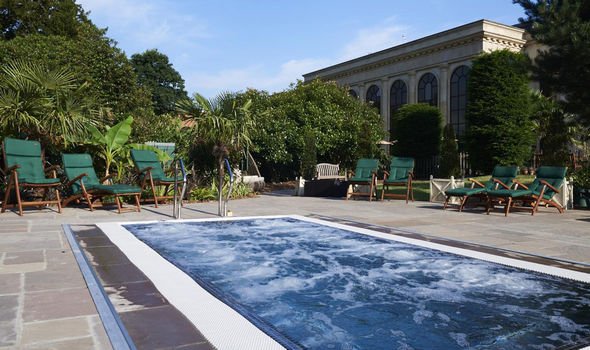 Housed in the separate Pavilion building (with rooms above) the Spa’s star attraction would have to be the indoor heated pool overlooking the gardens. There are also marble steam rooms, a Scandinavian sauna and hot tub and treatments galore.

There are numerous attractions in the vicinity. Take a tour around nearby Windsor Castle, or visit Eton College, which lays on heritage tours.

Depending on the time of year there are various annual fixtures: Royal Ascot is within easy reach, as is the Farnborough International Airshow and Hampton Court Palace Festival. And for the little ones, Legoland is nearby.