Early on in the pandemic, Croatia imposed a tough lockdown and closed its borders. The country reopened to visitors in May, but even now numbers are barely a third of what they would normally be at this time of year. All the things that usually bring people in their millions – cruise ships, coaches full of day-trippers, massive outdoor music festivals – won’t be happening this summer, so 2020 could be the ideal year for a relaxing visit. 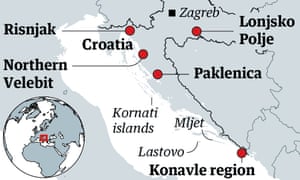 Scheduled and budget flights are returning only slowly, so the further south you go, the quieter it is, as large numbers of visitors drive from Slovenia, Germany, Austria and the Czech Republic into the north of the country. Istria and the Kvarner region in the north now have more tourists than Dubrovnik, and even honeypot Hvar island, near Split, is agreeably mellow for the moment. But even if things pick up, there will always be parts of Croatia where life is slower and quieter.

You won’t find sandy beaches on Lastovo, a remote island south of Korčula reached by a three-hour ferry ride from Split or Dubrovnik. But you will find 200km of hiking trails winding through vineyards, forests and a nature park, and a craggy coast harbouring pebbly coves with extraordinarily clear water. Its sole hotel, Hotel Solitudo (doubles from £94), sits where two of the island’s prettiest bays meet. Near the child-friendly beach of Mali Žal in the south is Struga lighthouse (apartments from €805 a week, sleeps up to six), which really does feel remote. 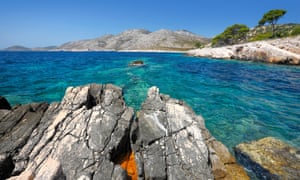 With fewer day-trippers coming from Dubrovnik, the lush island of Mljet is more appealing than ever. Its western side is home to one of Croatia’s eight national parks, a magical place with two saltwater lakes and a 12th-century Benedictine monastery on the tiny islet of Sveta Marija. Polače and Pomena are the main villages in the west, where you can also hire bikes to explore the park. On the eastern edge is the small village of Saplunara, from which dangles a misshapen peninsula fringed with sandy beaches. Villa Mirosa has doubles from €130.

The Kornati islands – another of Croatia’s national parks – also take a bit of effort to reach. And as your boat scoots past one barren island after another, where there’s little sign of life apart from the occasional sheep, you might wonder what you’ve let yourself in for. But this archipelago between Zadar and Šibenik has a way of bewitching you with its starkness. There’s no electricity or mains water, but there are footpaths through olive groves and rocky coves to dive into. Simple restaurants cluster around the biggest settlement, Vrulje, on the island of Kornat, where Adriatic octopus and lamb from the island of Pag turn up on the menus. Cute Fisherman’s House sleeps four and costs from €139 (minimum five-night stay), including boat transfer. 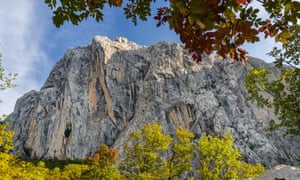 Lording it over the Adriatic coast, the Unesco-listed Velebit mountain range is the largest in Croatia and home to two of the country’s national parks. Rock climbers’ magnet Paklenica national park sweeps along the southern half above the Dalmatian coast, its harsh beauty shaped by jagged karst peaks and dramatic canyons. The hiking is superb, with nearly 200km of trails leading from the two main canyons, Velika Paklenica and Mala Paklenica, past mountain huts, natural springs and watermills and down into caves such as Manita Peć. While some of the hikes are very challenging, including those to the highest peak, Vaganski vrh (1,757 metres), shorter and more manageable walks still take in many of the most picturesque sights. Hotel Vicko in the coastal town of Starigrad has doubles from €90.

Northern Velebit national park offers jaw-dropping views of the Adriatic and the scattered islands of Kvarner and the Zadar archipelago. Its Premužić Trail, a 57km ridge walk, is relatively easy and the sea views are stupendous. While you’re there, take a walk around Velebit Botanical Garden and its 300 species of flora that thrive at 1,480 metres above sea level. 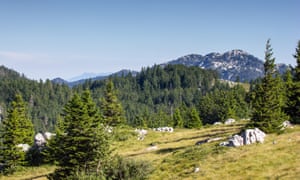 Further north, less than an hour’s drive from Rijeka, is Risnjak national park, where thickly forested trails reach up to 1,528 metres. Deep in the Kupa Valley is the vividly blue source of the river, and the park is rich in sinkholes, underground streams and luxuriant alpine meadows. The “ris” in Risnjak translates as lynx, which, along with bears, wild boar and deer, live in the dense woods. 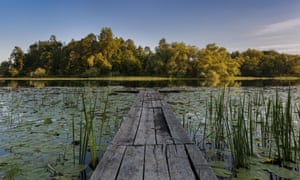 Follow the course of the River Sava from the capital, Zagreb, and in a couple of hours you’ll reach Lonjsko Polje, Croatia’s largest protected wetland, on the border with Bosnia. This vast – 506 square km – nature reserve is one of the country’s richest habitats for birds including cormorants, storks, herons, spotted eagles, egrets and bitterns.

Croatia’s quiet side: the Neretva delta

Four rivers run through the reserve – the Sava, Pakra, Trebež and Ilova – offering solar-powered boat trips and canoeing. These flat expanses are also perfect for cyclists who don’t want to tackle hills. The village of Krapje, on the banks of the Sava, is the only one in Croatia to be designated a village of architectural heritage, with many of its traditional chunky wooden houses dating back 200 years. The Strug eco-village has a range of accommodation, with doubles from £52 a night room-only, and apartments for four from £93. 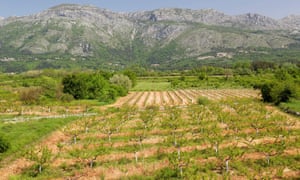 Konavle, Croatia’s most southerly region, near the Montenegrin border, is more than just the location of Dubrovnik’s airport. Cavtat, at its northern edge, gets plenty of attention, but villages in the hinterland are often overlooked. It’s a region of vineyards and olive groves covering the karst landscape and fertile Konavle valley.

For panoramic views, head to Sokol Grad, a hulking medieval fortress in the hills above the village of Dunave. Along the coast, the beach at Pasjača gained notoriety when it started to appear on lists of best beaches. It’s an incredible sight, with colourful cliffs looming over a tiny cove. Before the crowds come back in full force, this could be the time to visit. Hotel Konavle, in the village of Čilipi, has doubles from £80 B&B.