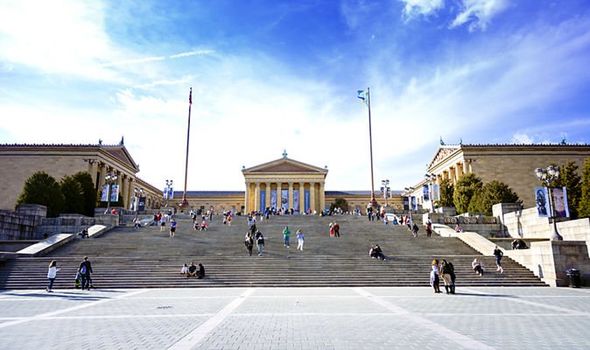 There’s so much more to them that that. They are focal points and places to sit and relax in cities, spectacular ways to visit tourist sights, or simply marvels of engineering ingenuity. Check our favourite flights of fancy from around the world…

Designed to encourage locals visiting the commercial centre to use them rather than an escalator, they not only look like piano keys – they sound like them! When people step on them they play a note – run and you get a musical jumble, walk and there is more of a tune. A round of applause to anyone who can create Run DMC/ Aerosmith’s Walk This Way… or anything by Steps!

Running up the steps and taking a picture Rocky-style at the top with two raised fists is a must for a first time visitor to the City of Brotherly Love. Apart from the iconic movie moment – there is also a Rocky statue at the foot of the steps – the view of Downtown is fine and it’s an excellent museum.

Hollywood boxing icons aside, Philly is a fab city to visit… so who says the world ain’t all sunshine and rainbows? 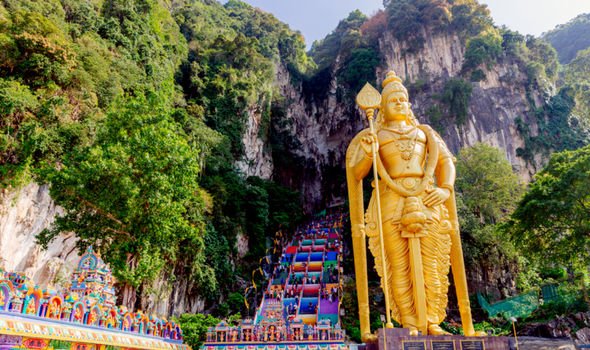 An important Hindu shrine in an otherwise unremarkable suburb, the devout and tourists face a steep climb up the thigh-sapping, rainbow-coloured steps to the vast caverns, sited in a limestone outcrop.

Good news: the caverns are home to many species of butterflies. Bad news: troops of monkeys beg aggressively for food on the steps and one cavern is home to worryingly large trapdoor spiders which are believed to have evolved 300 million years ago. So if they claim right of way, they were definitely there first.

A citadel and palace was built on a 660ft granite outcrop around 1,500 years ago by King Kashyapa I, who usurped his father to claim the throne and then then murdered him.

He created the lofty refuge – now a Unesco World Heritage Site – to be safe from his vengeful brother, the rightful heir, and today’s visitor faces 1,200 steps to see the ruins of the fortress, including giant lion claws, fountains, water tanks, a polished rock mirror wall and exotic frescos of celestial singers and dancers.

PS: the murderous Kashyapa eventually got his comeuppance courtesy of his brother in a climactic battle. 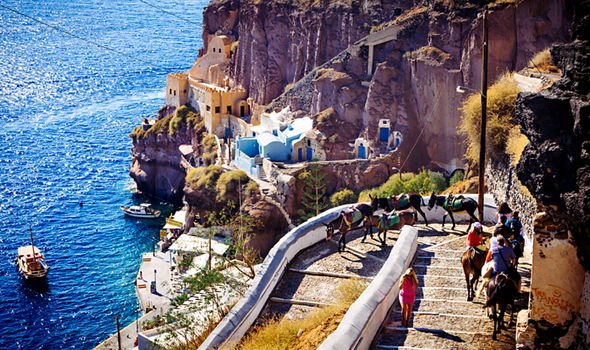 Formally the Karavolades Stairs, they date from 1715 and zigzag steeply between the island’s port and gorgeous Fira, perched like a layer of icing on the clifftop. There is a cable car up, but expect queues.

Walking up or down the steps requires much concentration amid the glorious views of the caldera as the cobbled steps are worn to a shine and extremely slippery, with the added hazard of donkeys (and their droppings) everywhere.

Some tourists take a donkey ride but there have been concerns over their welfare. 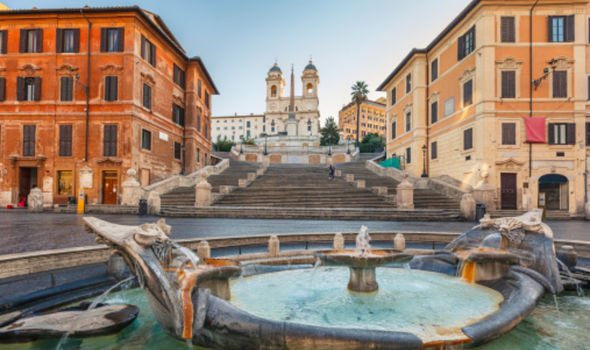 Possibly the most famous in the world and certainly one of the most visited and photographed. They link the Piazza di Spagna (hence the name) and the baroque Barcaccia fountain (at the base and Piazza Trinità dei Monti and its church at the top.

Paid for by a French diplomat, they were completed in 1725 and the hordes who flock here should bear in mind that – in theory, but tell that to the masses – sitting and eating on them is forbidden by local law in the Eternal City.

That’s not a typo, there really are 3,500 thighsapping steps on 13 levels in this 100ft deep well, which dates back to the 9th century.

Stepwells, also called bawdi or baori, are unique to India and created for water harvesting in the arid regions. The stairs at Chand are on three sides, with the fourth the location of a three-storey pavilion with galleries and sculptures. At the bottom, the temperature is usually 5-6C cooler than at the surface and locals would head there during heatwaves.

It’s off the main tourist routes but free to visit. A Hollywood film crew made it here to film the 2012 Batman movie The Dark Knight Rises. 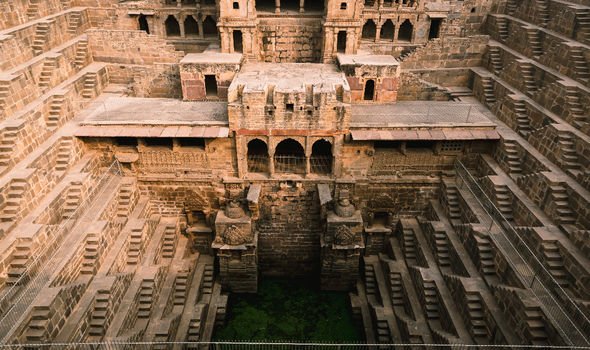 Tumbling down the slopes of Mount Carmel and across a dual carriageway, the 19 lush terraced gardens with 450 species of plants are beautiful by day and genuinely spectacular when illuminated at night.

A Unesco World Heritage site, they are flanked by two streams cascading by the steps and terraces and there’s an eco-friendly computer-controlled irrigation system.

This lavish wrought iron flight was, drumroll please, the first geometric self-supporting spiral stair in Britain when it made its debut in the Inigo Jones designed property in 1635.

Innovative architecture aside, it is also where one of the country’s most famous ‘ghost’ photographs was taken in 1966.

The photo of a shrouded figure was taken by a retired Canadian clergyman and has never been fully explained, even when Kodak experts saw the original negative. Flight or fright?! 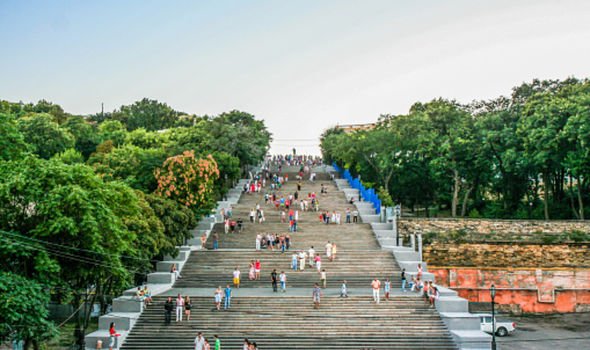 They form the main entrance from the port and opened in 1841.

A novelty of the construction created an optical illusion which means that anyone up them from the bottom cannot see the flat landing areas between the flights, while anyone looking down from the top cannot see the steps, just the landings.

If it’s all too much effort, there’s an adjacent funicular, which replaced an escalator, which in turn replaced a previous funicular.The steps’ most famous moment was their appearance in Sergei Eisenstein’s 1925 silent film Battleship Potemkin.

This tells the (partly) true story of a mutiny on a Tsarist Russian warship in 1905 and contains the famous scene of a runaway baby carriage amid a massacre of civilians by Cossack troops.

This much-photographed German beauty is nine floors and 192 steps of 1920s Expressionist excellence. The Sprinkenhof is in the heart of the Kontorhaus district, a Unesco World Heritage Site.