It has to be said that the rowers, from the local club based on the Gloucester and Sharpness Canal, know what they’re doing. Many have put their oar in for Britain. As Steve, our genial captain aboard the MV Edward Elgar, explained when he gave me a quick tour of the bridge, he has to be mindful and respectful of other waterway users, which he was as we chugged along at often well below the maximum speed limit of 6mph. And this was a whistle-stop tour; usually it would have been a two-night adventure, but we got the potted highlights with just a single night on board. That said, we were treated royally, with a crew who could not do enough to entertain us, keep us fed and watered, and indeed safe.

Boarding was at Alexandra Quay. If some of us were a touch unsteady going up the gangway (luggage thankfully having been taken aboard for us), it may have had something to do with our brief pre-cruise tour of the Gloucester Brewery micro-brewery, shop and tasting room in Fox’s Kiln – staggering distance from the boat.

We saw the processes that led to shelves stacked with their own beer, vodka and flavoured gins, the latter infused with local fruit.

Glasses were clinked and samples enjoyed. The packing room was evidence of people’s changing habits, with growing numbers having booze shipped to their home the next day rather than having to shop in ­person.

Then it was on board for a welcome drink – and it was all downstream from there.

A cream tea followed after we slipped the quay berth and headed out of the city – Steve having booked a few minutes’ disturbance for motorists on Netheridge Bridge, just off the A38, which was dutifully swung open for us.

The MV Edward Elgar is the largest-capacity inland hotel boat in the UK. At 88ft long, and with 11 twin cabins and three decks, it was built to be as big as it could be and still fit through the canal system’s locks, and slide under bridges. It can be a squeeze. 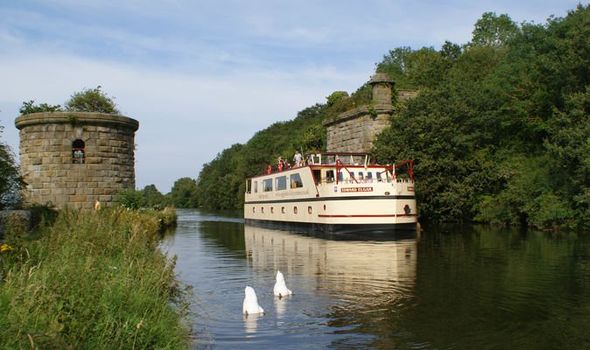 “There are some bridges where, if the water is high, you have to time your journey,” says Steve. “And a couple where we go into Ikea-mode – the glass around the bridge and the railings up top, fold down.”

Thankfully, we didn’t need to duck or breathe in.

It was a relaxing trip from the off as we glided south towards Purton and Sharpness, where the canal runs close to the Severn. We found out just how close after a pleasant three-course dinner when we moored at Purton to see the incredible Hulks.

It’s a ships’ graveyard with a purpose. In 1909, the canal banks were breached, and thus was hatched a cunning plan to beach abandoned boats and ships, some deliberately laden with concrete or simply run aground and left to nature. Some are now lost to view, but most have still been mapped and commemorated.

You can see some poking partially through the dunes where barely 50 yards separates the 16.5-mile canal, hand-dug for its opening in 1827, from the country’s longest and most violently tidal river. One, the schooner Katherine Ellen, we learned, had been impounded in 1921 for running guns to the IRA.

We got to know more of our fellow guests – aided by Captain’s Cocktails – as we sat in the main saloon, our tables all screened in a Covid-secure way. Our cabin, complete with single bunks, toilet and shower, was downstairs.

Next morning, after a cooked breakfast, we headed back north, stopping at Patch Bridge. Our destination was barely a quarter of a mile away, but our hosts put on a coach for those who, having negotiated the sodden towpath, didn’t fancy the walk to the brilliant Wildlife and Wetland Trust site at Slimbridge, where the stars of the show were the pelicans.

Set up in the 1940s by naturalist Sir Peter Scott, who lived in a cottage on site for six years, the WWT has avocets, cranes, geese, ducks and swans.

Other species, such as peregrine and merlin, are seasonal visitors. The Sloane Observation Tower provides far-reaching views towards the Cotswolds and Forest of Dean.

We had a roast lunch as we meandered back to Gloucester, but first a talk on the work of the local Canal Trust, and how lockdowns have hit their pockets. However, their sterling efforts have continued, preserving waterways and bringing back to life other neglected or forgotten passages. 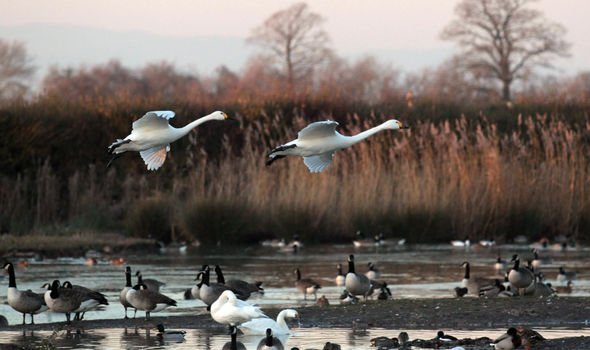 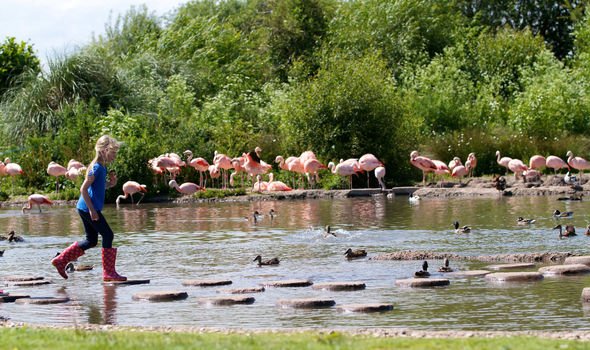 It was our first river cruise but it won’t be our last. We liked the pace of the weekend, and the attention to detail of Jay and his team from English Holiday Cruises.

They operate on the Severn between Gloucester and Stourport and on the Gloucester to Sharpness Canal and offer a range of packages with different stop-offs.

They will even organise an extra night in Gloucester to round off your trip, which we did independently, taking in the magnificent Cathedral.

Pilgrims have visited the site since the 600s and latter-day pilgrims include fans of Harry Potter, with scenes having been filmed in the cloisters. It also has the grave of Edward II, who met his violent end at nearby Berkeley Castle.

The city, once the country’s second largest inland port after London, has some wonderful old buildings, such as the restored Robert Raikes House, a timbered pub with an attractive walled garden.

But we gravitated back towards the Quays, which has been beautifully restored and hosts museums dedicated to the Soldiers of Gloucestershire and the National Waterways, as well as the intriguing Mariners’ Chapel.

If you have designs on a relaxing few days’ break, messing about on the river could be for you.