Hulu is going to make the yuletide gay this year with its star-studded new holiday flick. Happiest Season, helmed by Kristen Stewart, Mackenzie Davis, Dan Levy, and a ton of other big names in the cast, will set itself apart from so many other Christmas rom-coms by focusing specifically on LGBTQ+ relationships during the holiday season. Here’s when you can watch Happiest Season on Hulu this year, along with a bunch of other exciting details about the upcoming movie.

Happiest Season was first announced back in 2018, with Stewart as the first cast member brought on board to helm the holiday rom-com. The film was originally set to premiere in theaters during the 2020 holiday season, but due to the coronavirus pandemic, Hulu acquired the distribution rights and will now premiere the movie via streaming rather than on the big screen.

While romantic comedies set during the holidays are nothing new, Happiest Season stands apart from the thousands of other Christmas romances by side-stepping the genre’s usual heteronormativity. Recently, both Hallmark and Lifetime have come under fire for the networks’ lack of LGBTQ+ representation in their annual lineup of original holiday movies. The criticism led to Lifetime greenlighting its first Christmas movie centered on a gay romance, which will premiere later in 2020.

Here’s everything we know about Happiest Season so far:

After getting picked up by Hulu, Happiest Season was announced to debut on Nov. 25, the day before Thanksgiving. That may seem a bit early for a Christmas movie, but it will give fans plenty of time to watch and rewatch the rom-com with friends and family throughout December.

The Happiest Season is packed with stars. Kristen Stewart and Mackenzie Davis are at the center of the film’s romance as Abby and Harper, a couple who runs into an unexpected roadblock over the holidays. Mary Steenburgen and Victor Garber play Harper’s conservative parents, Tipper and Ted. 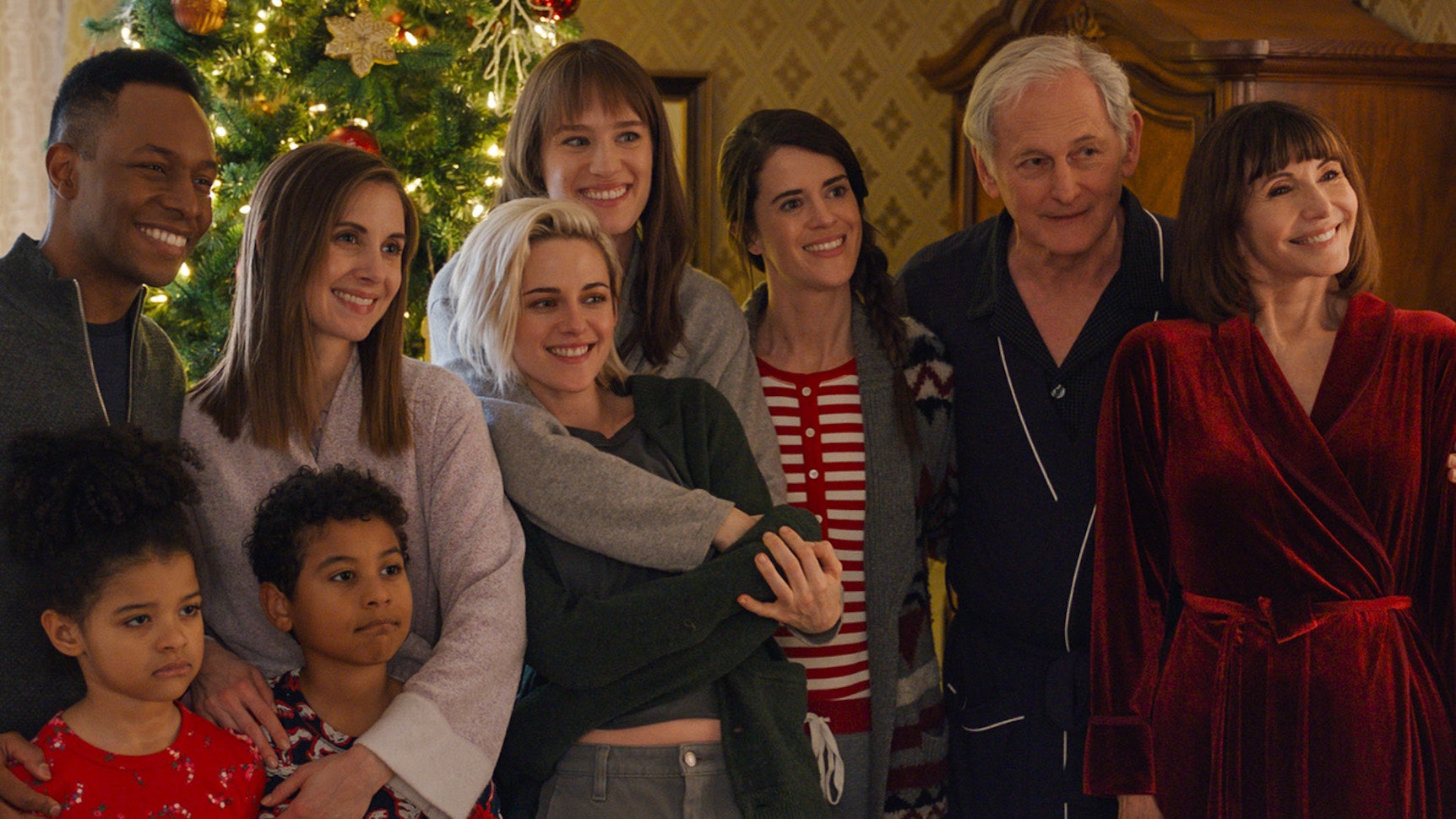 The rest of the cast’s roles have not yet been specified, but viewers will see a lot more familiar faces in the movie: Dan Levy, Alison Brie, Aubrey Plaza, Ana Gasteyer, Jake McDorman, Burl Moseley, Sarayu Blue, Mary Holland, and Clea DuVall. Along with appearing in the film, Holland and DuVall penned the scripted together, and DuVall is also the director.

Happiest Season has yet to release a trailer, but Clea DuVall promised a trailer would drop soon.

The new movie will center on Abby’s (Stewart) plans to propose to her girlfriend Harper (Davis) at Harper’s family’s holiday party being upended after she realizes Harper has not yet come out to her conservative parents. DuVall tweeted that the movie represents her own experience.

Get ready to ring in the holidays with Happiest Season on Hulu on Nov. 25.