John McCormack: The Meeting of the Waters

“This reminds me of home. I first heard about John McCormack through my grandma,” Murphy says. “It’s about Avoca, which is near Arklow in County Wicklow, where I’m from. I got a bit misty-eyed when I was listening to it this morning. It made me want to be out walking around Avoca and down to the water. Of course the pubs wouldn’t be open, which would be a tragedy.” McCormack, a renowned operatic tenor from Athlone, recorded the song in 1940, with lyrics from a poem by Irish poet Thomas Moore. “My da used to sing this song too. He has a lovely voice and knows hundreds of songs. He used to play a game with us: ‘Name anything and I bet you I know a song about it,’ he’d say.”

“The arrangement of this track is stunning. Luke Kelly is like the Irish Frank Sinatra – he has a certain level of tonality, and a multitude of frequencies that are unbelievably soulful and pleasurable. Like with many of these songs I have no idea where I first heard it – I grew up with it.” This is another track based on a poem, this time by Patrick Kavanagh. It tells of a love affair on Raglan Road in Ballsbridge, Dublin. It was turned into a song after Kelly, of The Dubliners, met Kavanagh in Dublin pub The Bailey. “My cousin’s traditional Irish band The Whole Shebang, do an incredible rendition. He’s a real music head – his first toy as a toddler was a record player.”

“When you hear this track done like this, stripped down to its absolute marrowbone, its pure roots, you really can appreciate it and get a lot of joy from the new context. He syncopates with his west Irish accent. It’s so rhythmical. There’s a hard attack on the syllables – I bet if you put a drummer on it you’d find he’s more or less keeping perfect time.” In the intro to this track, Moore refers to an encounter with a man from Tipperary, the hometown of Shane MacGowan, who co-wrote the song, first released by the Pogues in 1987. “There’s no one like Christy Moore: he’s a heavenly artist, off the scale. You’ll cry when you watch this.” 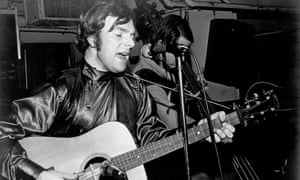 “At the start of this song, he sings, ‘When you were a child, you were a tomboy’. I was a tomboy (I still am). I had total freedom as a child and got into some right scraps: fighting, swearing, smoking, shoplifting, wearing boy’s clothes. I even got my long blond hair cut off when I was 11, into a tiny flat-top marine do, which I had for my confirmation. My ma bought me a lovely peach outfit – white handbag, white shoes, and a peach straw plonked on top of that short hair. The nine-minute track is from the 1974 Veedon Fleece record, which also includes a track called Streets of Arklow – Murphy’s hometown – and is one of her favourite albums. Years ago I was put off of this kind of Celtic music. You know how it is, when you turn away from your own and want to learn new things. I used to think it was cheesy, but now I find it cosmic and psychedelic.” 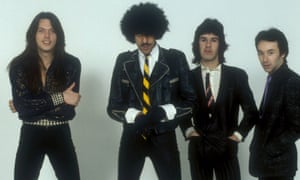 “This is where the watermark of Irish music starts to not be Irish music. This is rock music from Ireland. There’s a dissonance. Like when I was in Moloko, people said, ‘How can she make this? She should be making nice folky music – she shouldn’t be making this electronic music with the bad boys in Sheffield’. It can make it difficult for artists from Ireland. But all those doors have been broken down now.” Thin Lizzy, who formed in Dublin, may have had that problem too, she acknowledges, “but they were like heroes in Ireland … they were a massive touring band and it was like they were coming home from winning the World Cup.”

This track is used to introduce Behan’s 1954 play The Quare Fellow, set in Mountjoy Prison, where Behan. at 16, was incarcerated for IRA affiliation, as told in his autobiographical novel Borstal Boy. “He was only a kid when he was put away, and in the book he describes how he fell into it so easily and how disproportionate it all was. He describes a world that he grew up in – working-class people who were self-starters, unionists, well-educated. He was surrounded by books, talk of politics, poetry, song everywhere – people gaining pleasure and meaning from a collective purpose. Through song at the time, Irish people were passing secret code to each other … There was this idea of there being this innate intelligence in Irish people. It’s there when you listen to him sing it, too.” The last verse in particular, about going into the women’s prison, reminds Murphy of her dad who “sang the line ‘that auld triangle go jingle-jangle’ with a twinkle in his eye”.

“I was introduced to Mano’s music by my German friend DJ Koze, who has a label called Pampa, which Mano is signed to. Mano is a brilliant producer, DJ and classic big handsome cuddly Irish fella. If you were his mammy you’d be very proud – I’m sure she’s beaming.” The international electronic DJ is now based in Zurich and does sets at clubs including Berlin’s Berghain. Murphy was in the north of England when she got into electronic music, but says the current Irish club music scene is going strong, along with rave and soul. “They’re all just mad for music. You put a little transistor radio on in front of people after a few drinks and they start singing.” 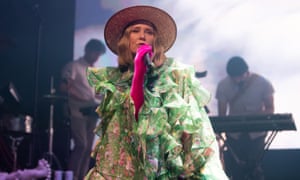 “I picked this track because it is so not Irish – it’s future paddyisms, this one.” Simulation was released in 2012 and is included on the new album, due out in August. “DJ Parrot aka Crooked Man, who produced this track, is the guy I’ve done all my recent tracks with, including [two other singles from the new album] Murphy’s Law and Incapable. I’ve known him since I was a kid in Sheffield. It represents the beginning of the era that we are now in.” Beyond this, Murphy says she has nearly finished writing another album, has an “off-piste project on the go” and is “making lots of amazing club music” – despite the fact that “there are no clubs open now”. The swelling slow-mo disco track was remixed by Mano Le Tough the same year, as well as by others including New York DJ Eric Kupper.

The Dubliners: Monto (Take Her Up to Monto) 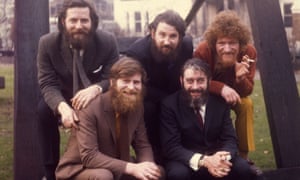 “You can’t get better than the Dubliners in full swing, all real men every one of them. Oooh to get in a rugby scrum with that lot.” Popularised by the Irish folk band in 1958, Monto is short for Montgomery Street, the red-light district in Dublin that was shut down in the mid 1920s. Murphy says she named her fourth album, Take Her Up To Monto, after this song. “Walking down the street with my da, he would invariably start singing this song, because it’s walking pace. It’s a very fun song, especially if you put the emphasis in the right place: that’s where I learnt what a growler was.” 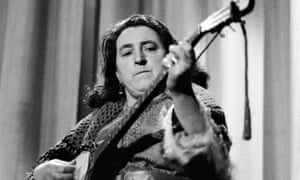 “I had a nice chat with Shane McGowan about Maggie Barry once. We’re both big fans. In this recording there’s no backing music, so there’s a bareness of the song carrying itself to you with a message – a part of the identity and the character of the person talking to you.” Barry, an Irish traveller, singer and self-taught banjo player from Cork, was popular on the UK folk scene in the 1950s. Murphy says that, like Barry, many of the people she grew up around sang other people’s songs, which is why Murphy herself became a songwriter: “It was like living in an MGM musical. People bursting out into song any time of day. Each person would know one or two or 10 songs without accompaniment – even if they weren’t musical. The songs were part of them: they become part of how you identify with someone.” Barry is like Billie Holiday singing the blues, Murphy says: “She transmits the Irish sorrow”.