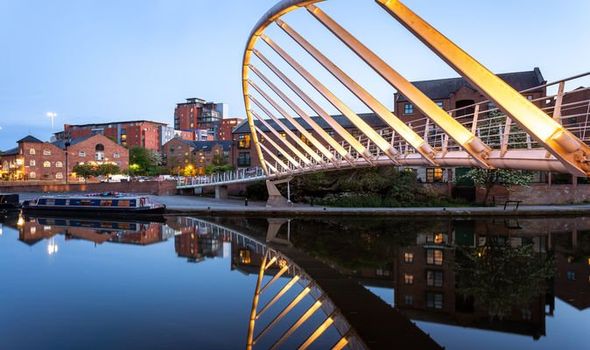 Emmeline was born in Moss Side, Engels wrote The Condition Of The Working Class In England while living here and Turing studied at the university after leaving Bletchley Park. Statues of the three pioneers are dotted around the city. Emmeline’s bronze was erected at St Peter’s Place in 2018, the centenary of the right to vote for women; Engels’ statue in Tony Wilson Place (more on him later) was a gift from the Ukraine after signs and symbols from the communist era were banned there, and Turing’s is in Sackville Park in the Gay Village. (Turing committed suicide in 1954 after being convicted of gross indecency with a man.)

The three figures are key links in Manchester’s past to present and that real sense of industry, creativity and equality that runs through the city.

We saw all the above and more on a guided tour of the city pre-lockdown, setting off from our base, Hotel Brooklyn in Portland Street.

Just 10 minutes walk from Piccadilly Station and a stone’s throw from Chinatown, Canal Street and Cottonopolis, this new kid on this block was just making its mark when Covid hit.

The hotel reopened on Friday and it is very much back in business.

It has a laid-back and urban vibe with 189 bedrooms, and the 18 accessible rooms are some of the most stylish I’ve ever seen.

There are huge showers for wheelchairs to turn in, waist-level sinks, easy grip locks and curtains are electronically controlled.

It is the first hotel in Manchester to offer a ceiling hoist for guests – and even this is a discreet feature of the room. 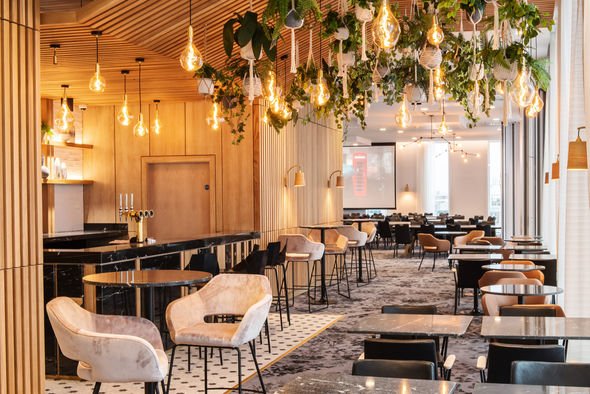 The spec is high in every room, with vintage radios and telephones, The White Company toiletries and classic books from F. Scott Fitzgerald and Damon Runyon.

Runyon’s bar and restaurant in the hotel is named after the creator of Guys And Dolls and it has a distinct New York feel.

(Manchester is often compared to the Big Apple and crews from films such as Captain America and Morbius have been using the city to recreate a US vibe.)

The American influence is clear on the menu, from BLTs with hash browns to Billy Bacon’s Fried Rice and the Brooklyn burger, while we sampled delicious falafel and grilled halloumi with beetroot and a yummy vegan mushroom risotto.

Staff will go out of their way to accommodate dietary requirements – the chef almost saw it as a challenge. 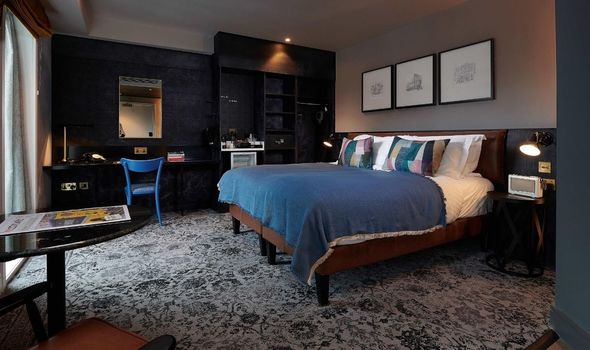 We accompanied the meal with some delicious cocktails, a traditional Old Fashioned and a super zingy 59 Portland Street (lemon drizzle gin with prosecco).

The hotel also has the Salvation bar on the top floor with great views over the city.

When we visited earlier this year there was a whole cross-section of people here, from locals on a night out to families celebrating significant birthdays, all enjoying themselves to a backdrop of music from Diana Ross, Lionel Richie and local lads done good Simply Red. 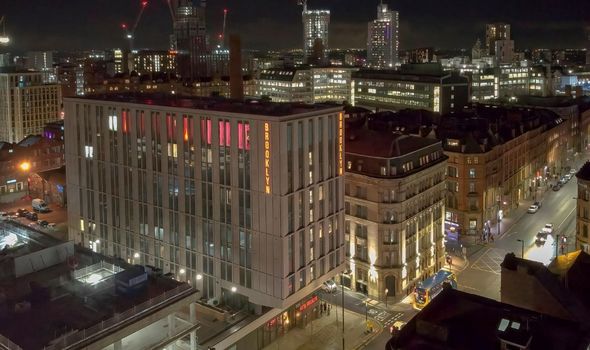 Music, of course, is a big part of the Manchester scene, and on our walk we passed the site of The Haçienda, the former venue that was largely funded by Factory Records, New Order and “Mr Manchester” Tony Wilson.

Pop into Manchester Central Library and there is a huge section on the city’s finest, from The Smiths (Morrissey studied for his A levels here) to The Fall.

The library was packed with people with ring binders and highlighter pens learning in silence.

It made me want to study again. 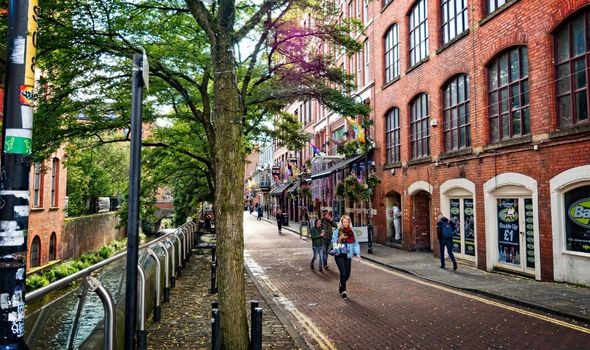 That sense of industry and creativity had obviously rubbed off…

Nightly rates at Hotel Brooklyn start at £130 for a Club Room on a b&b basis.