NEW YORK — The Terminal C arrivals and departures hall at New York LaGuardia Airport, which will serve Delta Air Lines and its customers, will open on June 4.

The opening will be a momentous one as the $9.1 billion LaGuardia overhaul gets close to completion. The $4 billion Terminal C project is approximately 80% complete, Delta managing director of New York construction Ryan Mazzullo said at a preview of the facility on June 1. The project is a replacement and consolidation of the existing LaGuardia terminals C and D.

Nine new gates will open Saturday, accompanying the seven gates in the new terminal building that opened in late 2019. A selection of restaurants and shops and the newest Delta Sky Club will also see their first business. Upon completion of a planned outdoor terrace, the Terminal C Sky Club will be the biggest in Delta’s system, seating nearly 600. 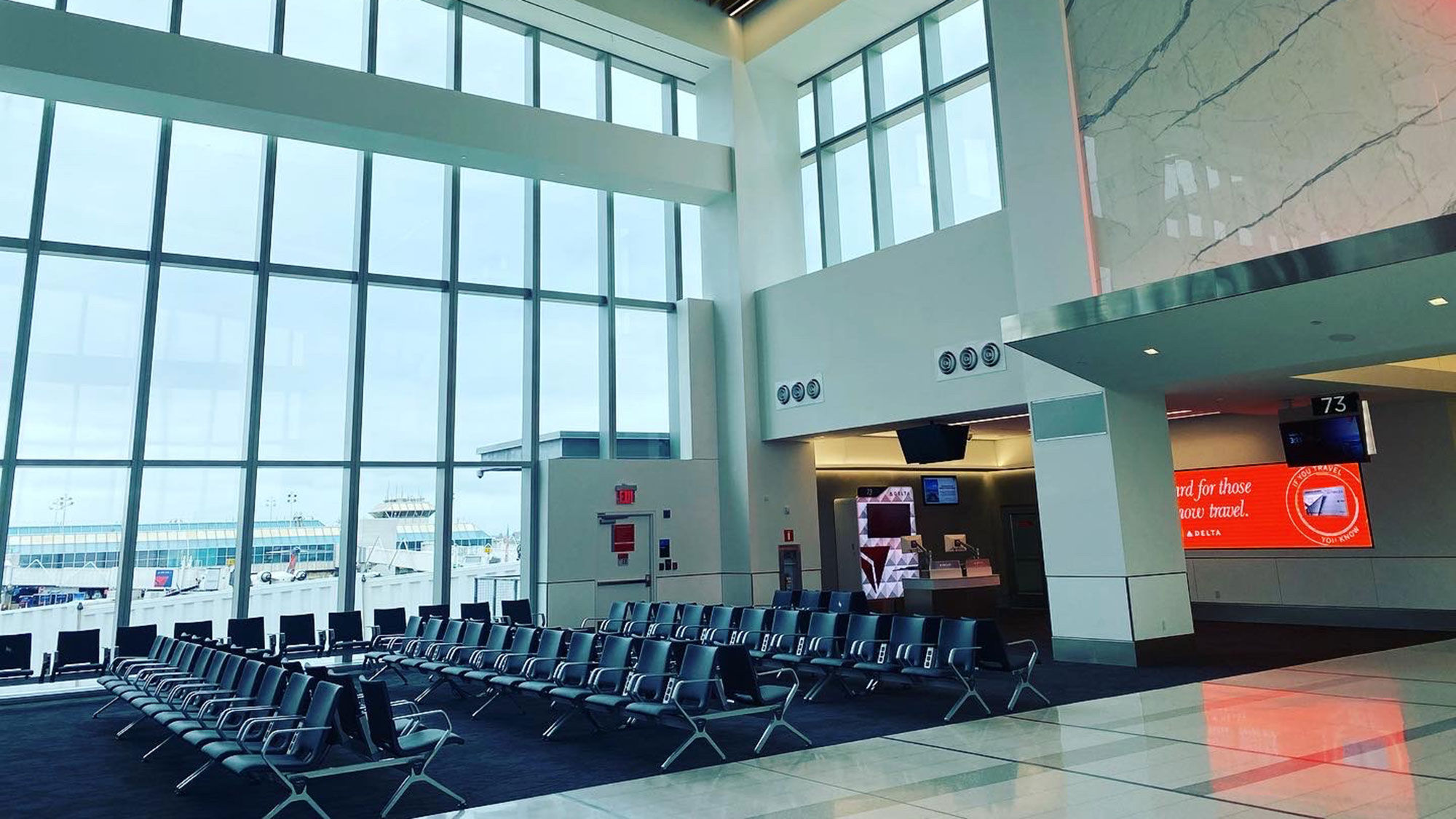 The Terminal C opening this weekend will coincide with the closure of the check-in, arrivals and security facilities in the old terminals C and D.  Select gates in those existing terminals will remain in use as construction continues on 21 additional gates in the new building, the last of which are scheduled for completion by late 2024.

Delta is financing the Terminal C project. The airport’s new $5.1 billion Terminal B, which makes up the other half of the $8 billion LaGuardia redevelopment, was completed in late January under a public-private partnership between the Port Authority of New York and New Jersey and a consortium of contractors called LaGuardia Gateway Partners.

“Everybody who travels out of this airport will have an extraordinary experience — just unthinkable a few years ago,” New York Gov. Kathy Hochul said, referencing the battered reputation that plagued LaGuardia priority to the commencement of the overhaul in 2016.

“This is an airport, and airports can feel very impersonal,” added Bastian. “This has personality already.” 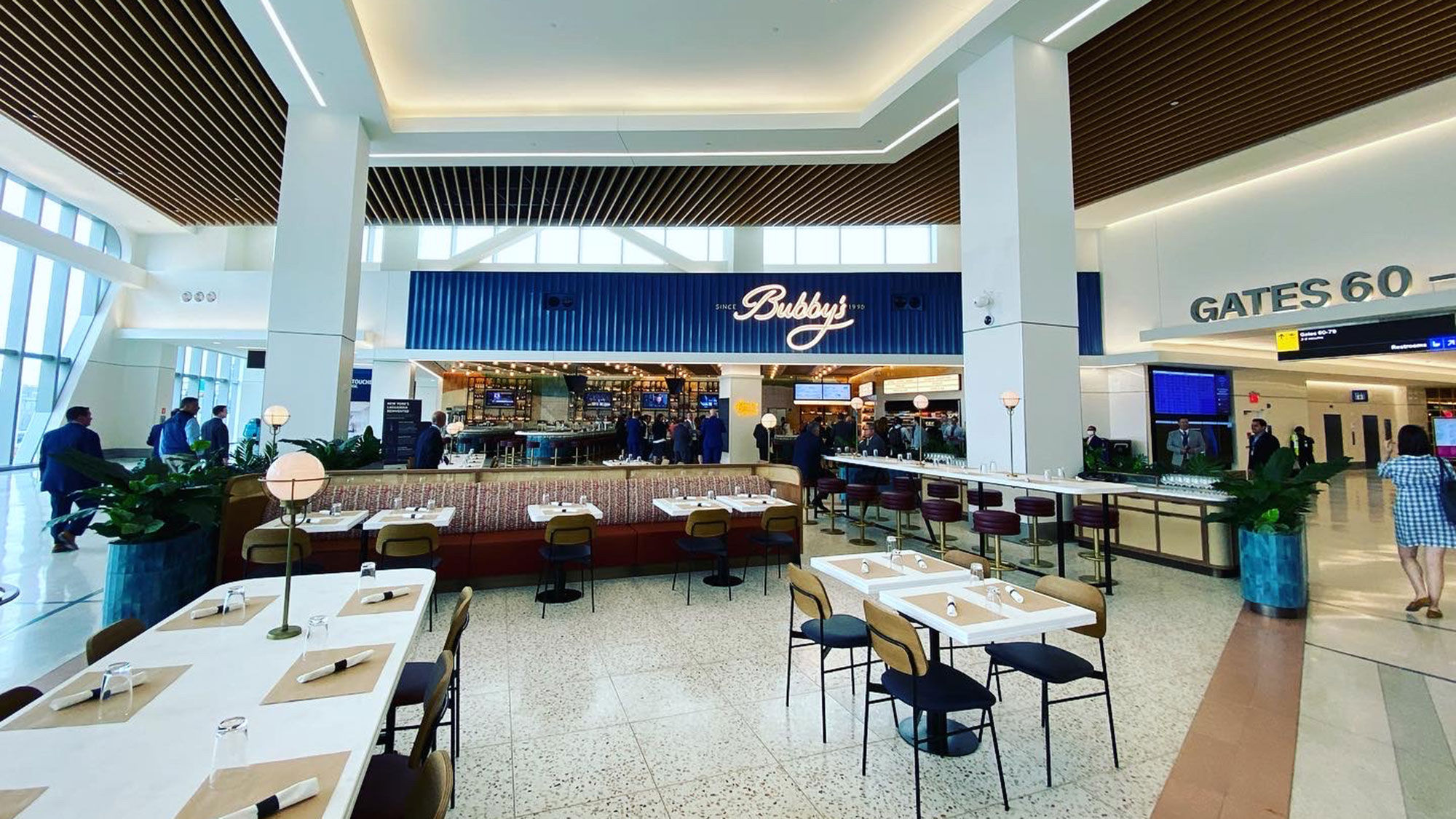 A tour of the terminal revealed a facility with high ceilings, wide corridors and floor-to-ceiling windows, offering a marked contrast to the more claustrophobic confines of the old Terminal C.

Art, provided to the airport by the Queens Museum, dots the terminal. Windows have automated tinting, which adjust depending upon light and weather conditions. Sizeable digital displays offer wayfinding and flight information.

In the waiting area for the TSA checkpoint, a row of vertical digital panels affixed to the wall will swap out images of various cities, showing the destination of the latest flight to depart from the LaGuardia airfield.

“One of the things that is most important about a design is that it is always changing. Also that it is beautiful,” said Ed Schlossberg, owner of the firm ESI, which designed the panels. Schlossberg said the display will provide a sense of movement in step with LaGuardia takeoffs and landings. 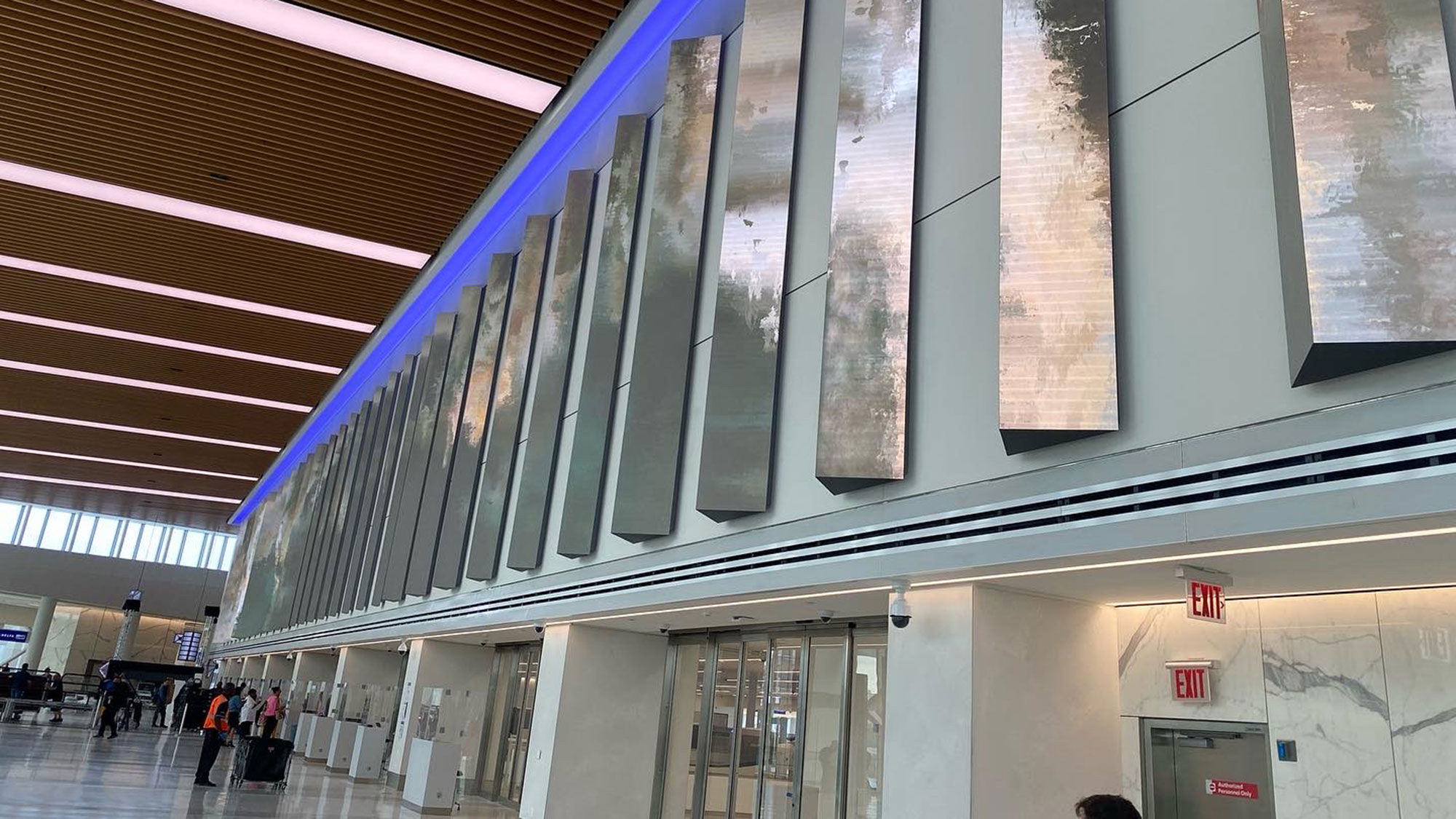 Elliot explained that improvements to the airfield that have accompanied the Terminal C project will also allow Delta to utilize its full narrowbody fleet at LaGuardia, which in turn will enable the carrier to fly more capacity out of the airport.

Once all 37 gates are open, she said, passenger loads will more than double.