Efforts to minimise human interaction and reduce the risk of coronavirus infection are taking the shine off the most expensive seats on board commercial aircraft, providing an opportunity for the private aviation industry to fill the gap.

Dimitry Korshunov, CEO of Delta World Charter, which has bases in Dubai and Moscow, told Arabian Business they were witnessing a gradual return of passenger activity to pre-Covid levels, boosted by the decision from some airlines to abolish first class travel options.

He said: “I saw many legacy airlines in the region have announced they’re pulling out first class inventory from their aircraft. That tells us they are really struggling to get first class passengers on board.

“I’m very positive about this. For the distant future this (private aviation) will be an alternative for CEOs.”

IAG, owner of British Airways and Iberia, said in July that leisure demand will recover before corporate travel, and this “structural change” in the market will lead to new cabin layouts. On a conference call, IAG chief financial officer Stephen Gunning said British Airways retired its Boeing 747s early partly because they had so many premium seats.

Korshunov added: “I think there will be a lot of demand. A lot of the businesses in our segment are of the same opinion and we’ve started to see a new type of traveller. Families want to be reunited, people want to go home, people need to go from vacation back to school and so on.

“Everybody who is going to travel, who is considering it an absolute necessity, will definitely consider it. Those who have never heard of us or our industry, I can assure you they will know eventually. They will come across us.”

Like the entire aviation industry, the business of chartered flights was hit hard by the various restrictions and border closures caused by the global coronavirus pandemic.

With travel bans and quarantine imposed, demand continued to shrink. April saw a sharp decline of 75 percent (YoY), a trend that continued through summer. While July witnessed a decline of 77 percent.

Korshunov revealed that much of their work has centred around cargo operations, which were “flourishing” during the crisis months of the pandemic earlier in the summer – while last year this made up around 40 percent of Delta World Charter’s business, this has since grown to be a 50-50 split with passenger traffic.

This has helped the aircraft broker, which has access to over 60,000 aircraft across the world, record revenues for the year up to the end of July, of $11 million – double the figure from the same period last year.

“It has doubled year-on-year because of multiple cargo deals we secured towards the end of the Covid wave,” said Korshunov. “We were late to jump on that and only through the months of May and June we have seen some pick-up of our business in that department. That has driven additional revenue and helped us get to these numbers.”

Among the myriad of issues currently threatening the aviation industry, is technology, as businesses forced into lockdown and slapped with travel bans, took their business online, with applications such as Zoom recording exponential growth over the last six months. 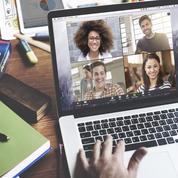 However, Korshunov does not see tech as an enemy, more of an opportunity.

He explained: “I’m not concerned at all. Those who will absolutely need to go, will still go.

“It’s good news that those who could have stayed home, it wasn’t a necessity, won’t be going wasting that money and emissions, taking a space unnecessarily. Your meeting of half-an-hour could have saved the planet a lot of trees.”