On recent winter trips to Amsterdam, the sight of thousands of shimmering candle flames lighting up the city’s waterways has been really uplifting. The Amsterdam Festival of Lights (places on the light walk €12.50pp, 10-31 December must be booked online) has been dimmed down because of Covid, with just nine installations. . When we were there, the brilliant luminosity of the city centre came to life under bright moons or night skies. The Dutch tradition of showing paintings by masters of art old and new was also a feature, as famous and local artists had displays of their work out in the open.
Nick 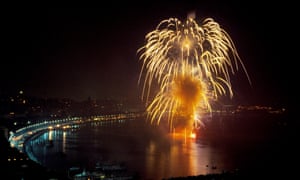 The September luminary festival of Piedigrotta was held in a much-reduced form this year, but normally celebrations of the miraculous vision of Mary at the seafront church climax with fantastic fireworks over the Bay Of Naples. To see the lights of houses twinkling on the hills while taking part in an illuminated procession next to the lapping waves, the magnificent, menacing Vesuvius in the background – or simply promenading, gelato in hand, behind candle-carrying strollers – is an operatic experience worth a life’s travel memories. Fingers crossed for 2021.
Nigel Cox

Readers’ tips: send a tip for a chance to win a £200 voucher for a Sawdays stay

Every week we ask our readers for recommendations from their travels. A selection of tips will be featured online and may appear in print. To enter the latest competition visit the readers’ tips homepage 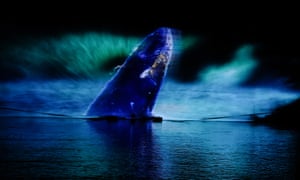 Lumiere in Durham is held every two years in November and the majority of it is free. The famous city landmarks such as the castle and cathedral are lit with lasers. Each event is different but highlights in previous years have been a giant snow globe in the city centre and a whale emerging from the River Wear (pictured). The November 2021 festival is already in the planning.
• lumiere-festival.com
Gerard 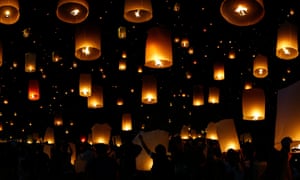 In November 2018 I was in Thailand and celebrated Loy Krathong in Bangtao, Phuket. Loy Krathong celebrates light and offerings are made to bring good luck. We brought our krathongs (decorated offerings made of leaves, flowers and a candle) from the village shop for 50 baht (just over £1) and floated them out across the lagoon. They had local community performances, food stalls, and fun games organised by local hotels with prizes. I would recommend celebrating locally rather then at a hotel purely for the community spirit.
• 20 November 2021, theculturetrip.com
Dip Patel 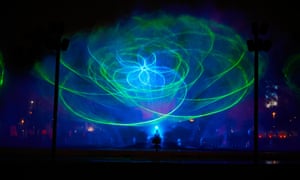 For just four soles (85p) you get access to 13 illuminated fountains at Lima’s Circuito Mágico del Agua or Magic Water Circuit. We paid an additional two soles for a “tractor train” to help us orientate before setting off on foot around the 19-acre Parque de la Reseva. The fountains are choreographed to colourful lights and music, with a spectacular laser show. Some are interactive with surprises – of the wet variety.
• July 2021, exact dates TBC, circuitomagicodelagua.com.pe
Helen Jackson 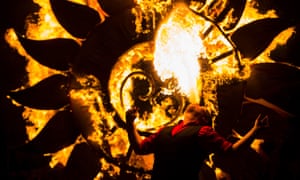 Canadians handle cold, long winters by throwing themselves headlong into them. It may be -15C but ice skating, torchlit snowshoeing or a bonfire will help keep the spirits up and the darkness away. Along with most of Ontario’s many light festivals the Winter Solstice, held in Toronto’s Kensington Market, is cancelled for this year, but it was our most memorable experience. This is an artsy, bohemian neighbourhood on a regular day but the lantern parade takes things up a notch. We watched snowflakes tumble from the sky as clowns played White Christmas on kazoos, and marvelled as towering bonfires were lit by giant fire-breathing puppet dancers. Here’s hoping it’s back for 2021.
• kensingtonmarket.to/festivals/
Laura Chesover 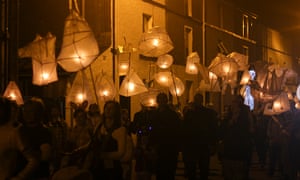 Ulverston, a few miles from the Lake District’s southern edge, is known as a festival town. The lantern festival in mid-September is usually a spectacular community event that brings out the whole town. Four streams of homemade lanterns (fashioned from willow, paper and candles, and with a different theme each year) thread their way through the cobbled streets before uniting and continuing to a park for the finale – a mystifying extravaganza of music, dancing and fireworks. The procession had to be cancelled this year, though people still made lanterns at home and sent in photos and videos. The inclusiveness and community feel are what make an already fantastic event truly effervescent, and organisers hope 2021’s festival will be better than ever.
• ulverstonlanternfestival.org
Helen

Gaze at the gazebo, Estonia 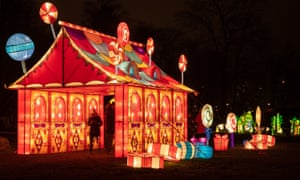 The Wandering Lights annual festival of light in Estonia’s capital was cancelled this year, but it is stunning. It takes place over three evenings in late September in Kadriorg Park and everything is free. It includes everything from candles lining pathways among the trees to hi-tech laser lights and fireworks. The most beautiful aspect of the festival is the gazebo in the centre of the lake.
• kadriorupark.ee
Lynda Keen

Light on the water, Japan 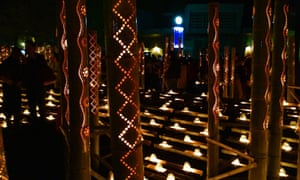 Although we were there for the rugby in 2019, the autumn Mizuakari Festival in Kumamoto was an example of what can be found when clumsily wandering around a new country. The huge old castle, partially destroyed by earthquake is adorned with 60,000 lights, and thousands of internally lit bamboo poles studded with intricate patterns fringe miles of paths. The river which threads through the town is stencilled with thousands of partially submerged lanterns and – as this is Japan – the polite and hushed reverential crowds magnify the amber atmosphere. All of this is aided by hordes of yakitori sellers offering stick-based sustenance. The 2020 festival was cancelled, but hopes are high for October 2021.
Cameron Smith 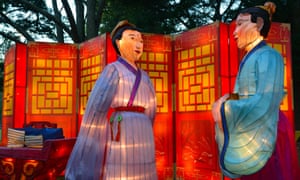 Who knows when New Zealand’s thrills will be accessible to UK visitors again, but whenever that is, my top tip is Auckland’s free lantern festival. This atmospheric event celebrates Chinese New Year with hundreds of illuminated, colourful lanterns across the parkland of Auckland Domain. Animals, giant fantasy creatures, elaborate scenes of traditional Chinese life are all depicted. Auckland Domain lies atop one of the city’s 50 volcanoes and feels quite wild. Along with food and music, the event provides a distinctive New Zealand sense of adventure, wandering through the darkness looking for the next cluster of lights. The 2020 festival was cancelled, but organisers are urging people to plan for a visit in 2021.
• 25-28 Feb 2021, aucklandnz.com/lantern-festival
Mary