Boeing has unveiled a new UV wand for disinfecting planes – and it could prove to be effective against coronavirus.

The plane maker debuted the hand-held device in April of this year, and is currently testing it on the ecoDemonstrator, a Dreamliner used by Boeing and its partners Etihad and Nasa to test aviation innovations.

It’s simple to use; the wand “scans” surfaces, passing just inches above the areas that need to be disinfected.

The theory is that anywhere the light reaches will be disinfected, as previous research has shown that UV light is effective for neutralising pathogens.

Boeing is currently testing to see whether the wand is effective against Covid-19 and whether it’s safe and effective for both the operators and the materials it’s used on.

It could be especially useful in the flight deck, where sensitive electronic equipment means the use of liquid disinfectants needs to be minimised.

Boeing also said that the device, which is packed into a wheeled case, can fit into compact spaces, which could be useful for sanitising toilets, and can fully disinfect the flight deck within 15 minutes.

If tests show it is fully effective, Boeing says it may partner with a manufacturer to ”accelerate its introduction to the market”.

But instead of the UV A or UV B lights used in tanning booths or grow lights, it uses something called “far UV light”, which is safe for humans. 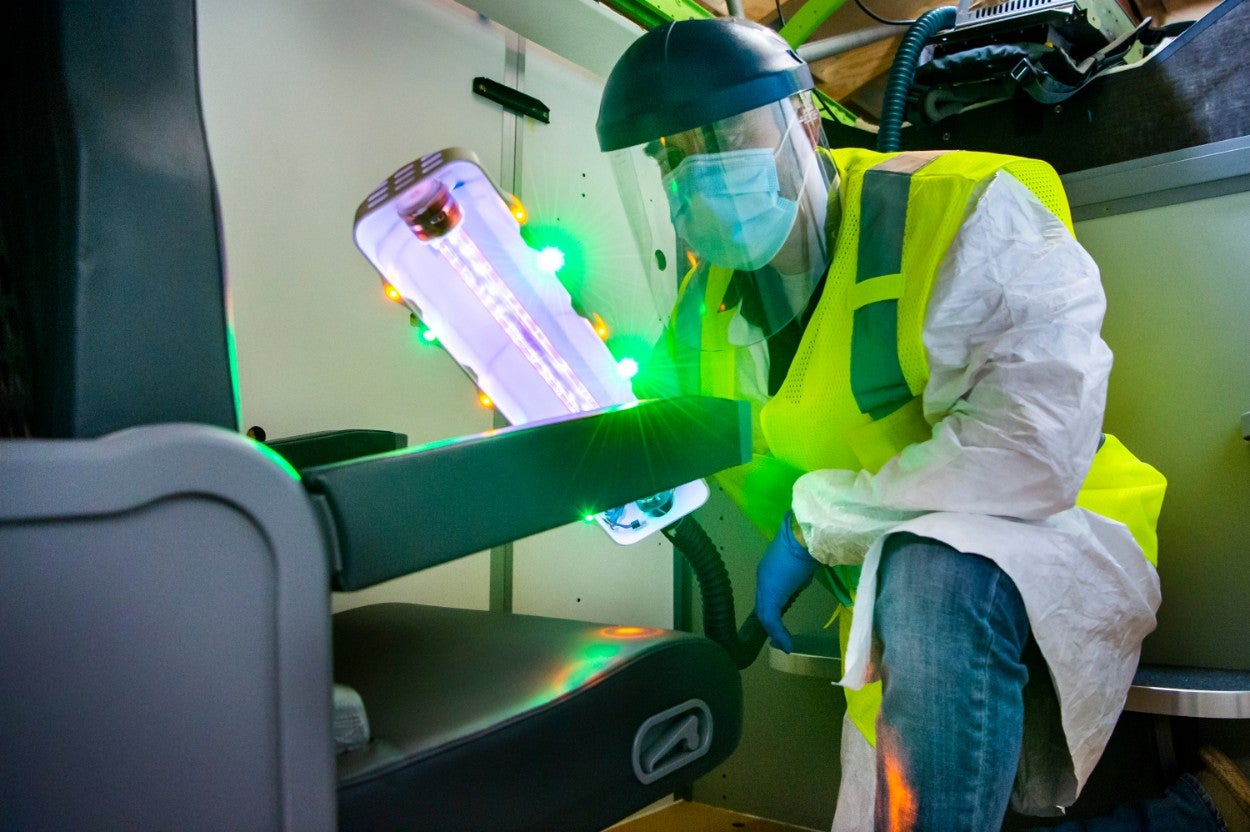 The idea is that the light is placed over high touch surfaces such as the toilet seat and sink, which disinfects them when the light is on. It’s also supposed to destroy bacteria, which means odours are eliminated too.

Jamie Childress, associate technical fellow and a Boeing Research & Technology engineer, said: “The UV light destroys all known microbes by literally making them explode. It matches the resonant frequency of the molecular bonds on the outside of the microbes.”