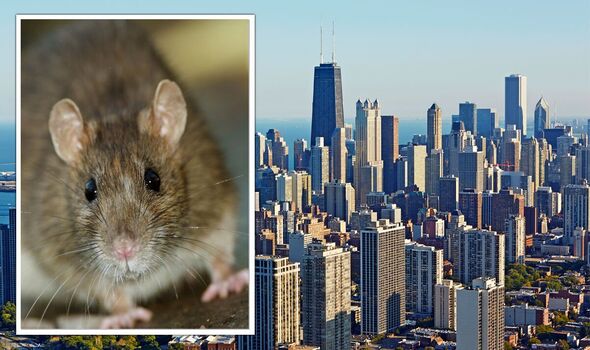 Rats might be some of the world’s most adventurous explorers. The crafty rodents have made themselves at home on every continent except Antarctica. But which cities have the largest rat populations?

Cities with the most rats (Pointe Pest Control)

British tourists might want to avoid Chicago if they have a phobia for rats, as America’s Windy City may as well be known as the Ratty City.

Chicago has been crowned the world’s rattiest city in a study by Pointe Pest Control. The popular destination has repeatedly won the title of America’s rat kingdom in data pulled by Orkin, a pest control company.

But why has Chicago got so many rats? A study undertaken by the city in 2018, found that inefficient rubbish disposal in high-density neighbourhoods had caused a ratty boom.

Perhaps the rats are also fans of the city’s famous deep-dish pizzas, the first stop for many tourists in Chicago.

Los Angeles was the world’s second rattiest city, sneaking past other ratty US hotspots such as New York and San Francisco.

Some campaign groups blame LA’s ban on toxic rat poisons for the explosion in the city’s rodent population.

London was Europe’s rattiest city and many exterminators say that numbers grew exponentially during the pandemic.

Some experts claim there could be as many as 20 million rats in the British capital and a recent swarm on Camberwell Green went viral on social media.

As rats reach sexual maturity in just nine weeks, two rats can grow to a population of over a 1,000 within a year.

Paris was close behind London in the ratty rankings with specialists estimating the city has a rat population of around six million.

Deshnoke was named the fifth rattiest city in the world, but many of the Indian city’s rats reside in a temple.

The Hindu Karni Mata Temple is home to around 20,000 rats who are considered holy and cared for by devotees.

Although the majority of the temple’s rats are black, there are a few white rats who are considered especially holy.

The rats are fed and cared for and many of them are habituated to human contact and will even perch on people’s shoulders.

Some devotees travel to Deshnoke to make offerings to the rats, including cheese, sweets and milk.

Entry to the Karni Mata Temple is free but tourists will need to pay if they want to take photos of the rats.