While the American Hotel & Lodging Association (AHLA) has applauded the federal government’s passage of the Cares Act, the hospitality trade group has also been critical of its rollout, taking particular issue with the legislation’s $349 billion Paycheck Protection Program (PPP). The small-business lending program ran dry of funding shortly after its launch, and although it’s set to be replenished with an additional $310 billion, the AHLA has asked Congress to make further changes to the bill. Hotels editor Christina Jelski recently spoke with AHLA president and CEO Chip Rogers to discuss the hotel industry’s concerns and some of the Cares Act’s shortcomings. 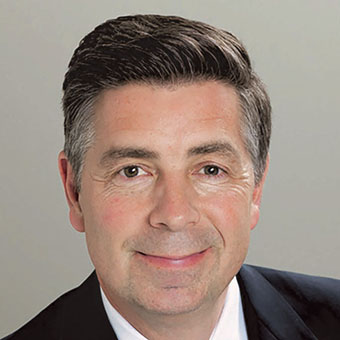 Q: While the additional round of PPP funding is certainly welcome, will this do enough to meet the needs of the struggling hospitality sector?

A: We’re very grateful that there’s going to be a replenishment, but we’re concerned that it’s not going to address the demand. We understand that around $1.2 trillion [in loans] had been applied for already. So if you have the first tranche at $349 billion and second at $310 billion, you’re just at a little over halfway of what we think the true demand is. And it’s going to be really unfortunate if some businesses get it and others don’t get it, only because their banking relationship wasn’t as long-standing or as tight as others.

Q: There’s been some controversy over the large number of publicly traded companies that have received approval for PPP loans. What’s your take on this development?

A: I think some of those stories are a bit overblown, trying to pit one company against another and create angst. I don’t know if that’s helpful. I think that the most important point is that this funding should be going to industries most affected by the virus. If you look at the industries that got much of the money, right off the top, it’s the construction industries, the [information technology] industries, etc. — industries that no doubt are somewhat hurt, but they’re seeing nowhere near the level of devastation that hotels and restaurants are experiencing.

If you look at the percentage of money that went to hotels and restaurants, it was less than 9% of total PPP funds. Even if it were 9% of the funding for hotels alone, that would not have been enough. Yes, you can pick out some of those well-known names and say, “Aha, they may have gotten more money than they should have gotten.” But I think if we spend too much time thinking about that, then we’re not looking at the fundamental flaw, which is the way the system is set up.

Q: Are there any other changes to the PPP that you believe could go a long way toward helping hotels in particular?

A: When Congress was creating this, which was early to mid-March, the landscape looked very different. But the reality is that hotels and restaurants began feeling the impacts of [Covid-19] in late February. So by the time this was passed into law and put in place, hotels and restaurants had already gone through the process of furloughing employees, because their revenue had started drying up a long time ago. Lawmakers were hoping that they could create a plan that would keep people on the payroll. For many hotels, however, people were already off the payroll by the time the plan was implemented. So now the question is, how do you get them back on the payroll and keep them on the payroll? If you look at the way the program is structured right now, there are two checkpoints [that determine loan forgiveness]: How many employees did you have on Feb. 15? And how many employees will you have on June 30? Let’s say you’ve cut your workforce by 50% in that time. If that’s the case, then only 50% of your loan is forgiven. Hoteliers are saying, “There’s no way I’m going to get my full staff back onboard by June 30. I have no customers, no revenue.”

And by the way, the law requires you to use your loan within eight weeks. So at the end of the eight weeks, you may just be laying off your employees again. What we’re asking Congress to do is move the June 30 date. Give hotels flexibility to take the money now and then push the date back a bit to, say, Oct. 31. But if you’re expecting hotels to pay employees now and then lay them off again, hoteliers are just going to say this loan isn’t worth it, and it doesn’t make any sense.