Doc Martin, a drama series starring Martin Clunes, is currently being replayed on ITV. Viewers can tune in and catch up on season 9, following the antics of straight-talking GP doctor Martin Ellingham in the fictional village of Portwenn. Boasting stunning scenes of rolling hills and sparkling oceans, TV lovers can transport themselves during lockdown to the coastline of Cornwall. Then, once it is safe to travel domestically, they can even immerse themselves in the show’s setting in real life by visiting filming location Port Isaac.

Where is Doc Martin Filmed?

Doc Martin is filmed mostly in and around the town of Port Isaac, a small fishing village on the Atlantic coast of north Cornwall in the South West of England.

Thanks to its beautiful coastlines and lush countryside, the area has been used as filming location for a number of television shows, including Doc Martin, 2000 comedy Saving Grace,  television show The Shell Seekers and 2019 film Fisherman’s Friends.

The village centre, dotted in quaint, picturesque seaside buildings, is thought to date back to the 18th and 19th century when it made its name as a port and fishing hub.

Port Isaac was famous for its handling of shipments of coal, wood, stone, ores, limestone, salt, pottery and heavy goods.

The historic core of the village was designated a Conservation Area in 1971 and is home to approximately 80 Grade II listed buildings.

One very special building in the village is the quaint cottage which serves as a backdrop for much of the show.

Fern Cottage is the doctor’s home, and while visitors can’t go inside, you can snap a picture outside the iconic front door. 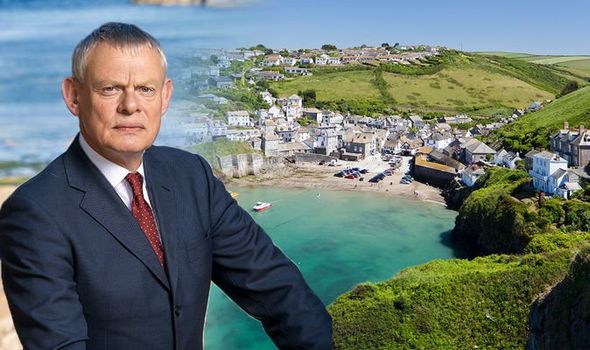 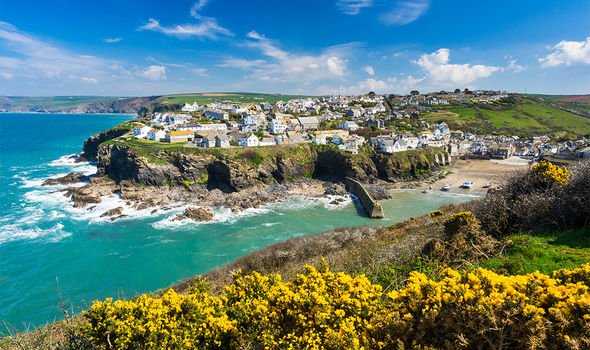 When is the best time to visit Port Isaac, Cornwall?

Cornwall is an ideal hotspot in the summer months, thanks to its glorious stretches of sandy beaches.

The best time to visit Cornwall is usually between June and September, thanks to the weather and popular tourism season.

Though things may be a little different this year due to lockdown restrictions, Cornwall’s unique coastal towns and villages are usually bustling areas of fun and entertainment in the summer months, and host a number of activities for the whole family.

The six weeks school holidays are said to be the busiest months, so if you want to plan a summer escape and avoid the crowds, picking a time around the annual school break could promise a more tranquil visit.

Cornwall’s highest average temperatures can hit around 19 degrees in the summer months, however, in July 2019, the area saw temperatures hit almost 30 degrees Celsius in some parts.

DON’T MISS
Camilla, Duchess of Cornwall always packs this surprising item [INSIDER]
UK travel: How hotels are preparing for future holidays [INTERVIEW]
Travel and lockdown: Will you have to quarantine for 14 days? [INSIGHT]

Can I stay in the town of Port Isaac?

Though it is small, Port Isaac is home to a number of charming hotels and bed and breakfasts, many of which overlook the Atlantic shoreline.

The region also boasts a number of camping and caravan sites not too far outside of the village itself, as well as an array of holiday cottage rentals to choose from. 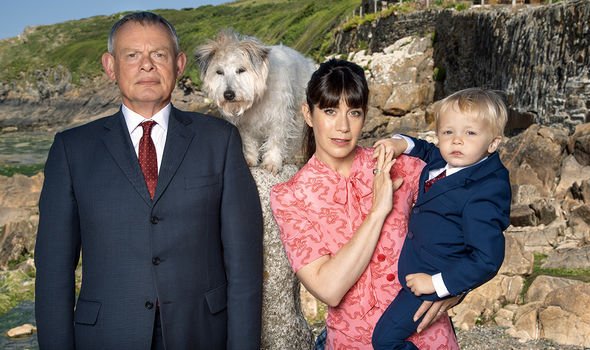 How can I get to Port Isaac?

If you live in the UK Port Isaac can be driven to by car, accessible by the M5 Motorway. 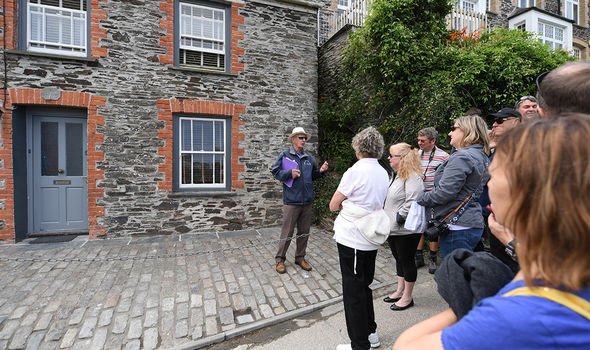 What is there to do in Port Isaac?

Though there is plenty to see and do in and around Port Isaac, Doc Martin enthusiasts will be keen to take part in the specialist Doc Martin Tour.

The tour, hosted by BritMovieTours, is a fully guided walking tour which takes travellers around the seaside village, stopping off at many of the show’s scenic backdrops.

Locations on the tour include the Doc’s house and surgery, Louisa’s school, Mrs Tishell’s pharmacy.

However, Port Isaac is also a village steeped in history, with some parts taking back to the reign of Henry VIII.

Travellers can visit one of the beautiful nearby beaches, including Daymer Bay and Polzeath Beach, or stroll around the famous port itself.

Visitors can also take in the views on a walk along the South West Coast Path, or soak up arts and culture at Cliffside Gallery.

The village is also home to a number of cosy cafes, pubs and restaurants, ideal for filling up after a busy day exploring.