Flight attendants have previously shared secrets including drink items you should not consume when flying because of the health risks associated with them, these drinks include coffee, tea and water. However since cabin crew spend most of their lives in the air, they have grown to know about other items that you should avoid at all costs, including this food item.

Flight meals are widely known not to be the healthiest of meals but how unhealthy can they actually be for you?

Airline food safety expert Jean Dible explained that although on-board meals are held to strict safety standards the risk of bacteria can be bigger while flying due to the delay from when the food is prepared to when it is served.

She said: “In the restaurant industry, food is cooked and served without delay..In the aviation industry, food is prepared at a catering company and then packed in insulated containers and trucked to airports to be put aboard the aircraft.”

This can not only make it hard to control the temperatures but if the food is not served soon after it is made, it can go off quite quickly if it is fresh food. 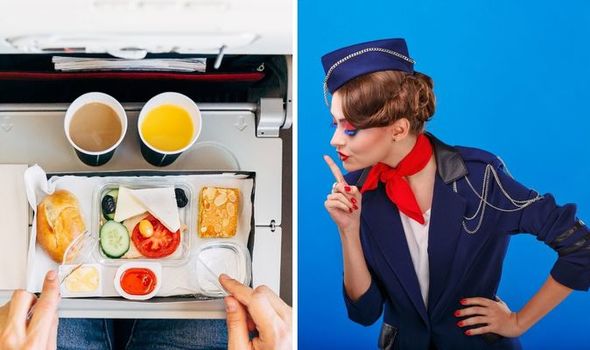 Fruits that can sometimes come with airline breakfasts may still look fresh but can be cut hours before departure.

This is a reason why airlines tend to use foods that last longer with added preservatives, making them even more unhealthy.

Not only does this make foods unhealthy due to bacteria that can grow, but also unhealthy in a way that includes a lot of added preservatives to make them last.

Science has also shown that eating a lot of fat and sugar in the air can leave people feeling bad.

Jean continued: “Incorrect holding temperatures is the number one reason for food-borne illness on a worldwide basis.”

Many experts recommend buying food at the airport terminal or waiting until you reach your destination.

Apparently cruising at such high altitude can make taste buds and sense of smell go numb compared to on ground.

The food safety expert has revealed some foods that you should always avoid when in the sky if you want to avoid becoming sick onboard. 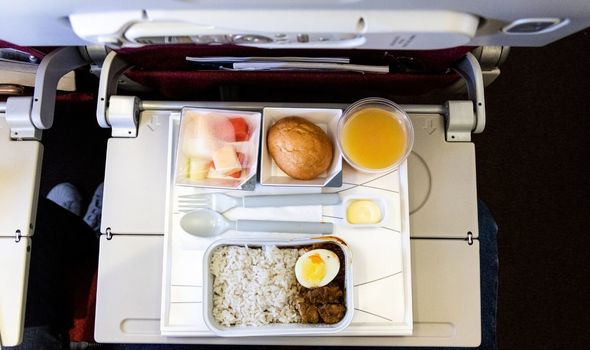 Dairy including yoghurt and ice cream is particularly susceptible to bacteria when not held at the correct temperature.

Bacteria like listeria can contaminate dairy and it isn’t always apparent when the dairy product is off, it doesn’t contain a smell nor look any different.

Jean said: “You can’t see anything – there’s no odor, nothing you can see. It’s invisible.”

A professor of food safety, Aurora Saulo says that you should avoid your favourite meat sandwiches when flying because they don’t go through a reheating process to kill any bacteria that has built up. 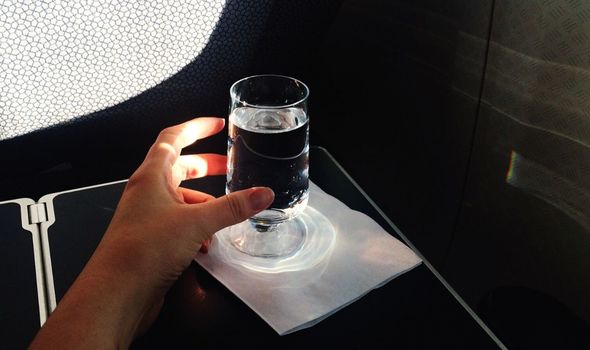 Foods like sliced chicken and turkey pose a high risk of listeria contamination and can make you very sick.

Recent testing on airplanes found the tap water to be unsanitary with some planes testing positive for the presence of microorganisms in the water, including bacteria.

This means that the ice can contain bacteria which can be potentially harmful for a passenger when consumed in a drink.

A study from the Environmental Protection Agency found that one in eight airplanes do not meet the standards for water safety, and that 12 percent of commercial planes in the US, tested positive for high levels of bacteria in tap water supply.

While rice is not a common airline food, it can come with the main meal that the onboard service offers.

Rice can be one of the most bacteria ridden foods that when not handled correctly can make you very ill and cause food poisoning.

Common bacteria found in rice is Bacillus cereus which grows when the rice is cooled down or stored at the wrong temperature.

In fact, experts say that to make sure rice is bacteria free and reheated correctly, it needs to be reheated to around 73 degrees celsius.

What’s more, the food tables that passengers consume the food off of contain high levels of bacteria too.

Flight attendants have previously revealed that tray tables don’t get cleaned everyday, especially when there is a tight turn around and a flight needs to get on its way.