From lush landscapes and five-star dinners to wild street parties, St Lucia you really are divine!

We think an early night is in order on arrival in St Lucia, what with the time difference. But within a couple of hours we’re dancing wildly in the street and all thoughts of sleep are banished.

Heading almost straight to the weekly Friday Night Jump Up street party, hosted by a small fishing town called Gros Islet, near the northern tip of the island, proves to be the perfect pick-me-up after our long flight.

Tourists begin arriving early in the evening, with queues quickly forming around the block for Duke’s Place, which serves an array of barbecued fish with rice, drenched in a delicious garlic, butter and onion sauce. You can then mosey up the street to browse the arts and crafts stalls and the many, many table-top bars selling rum cocktails in plastic cups. Which are more potent than they look. 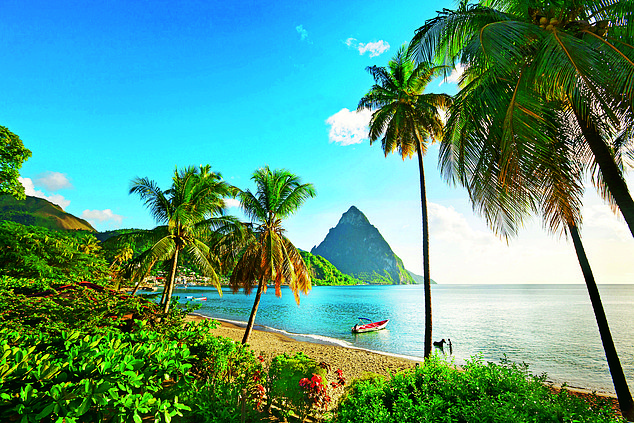 Making a point: The island is perhaps best known for its striking twin volcanic peaks, the Pitons

St Lucians arrive a little later, which is when the party really gets started, with people of all ages dancing around huge speakers to a happy mix of reggae and pop classics.

St Lucia — which, thankfully, has not had a single death from Covid-19 — is nicknamed The Helen of the West Indies, for its beauty and because it was fought over so often by the French and English.

But it’s perhaps best known for its striking twin volcanic peaks, the Pitons, which tower over the island on its southern flank.

Our basecamp for the week is Cap Maison on the north coast, about seven miles from the capital, Castries, which is the main cruise port.

The island is only 27 miles long and 14 miles wide, but the winding, hilly roads mean it takes a couple of hours to reach the hotel by car from Hewanorra Airport in the south.

When we pass other cars, drivers beep their horn enthusiastically, which I assume is to avoid an accident on a blind bend. But we’re told it’s just the St Lucian way of saying a friendly hello.

And friendly they are. We’ve only been in the taxi a few minutes when our driver, Shane, asks if we’re hungry. 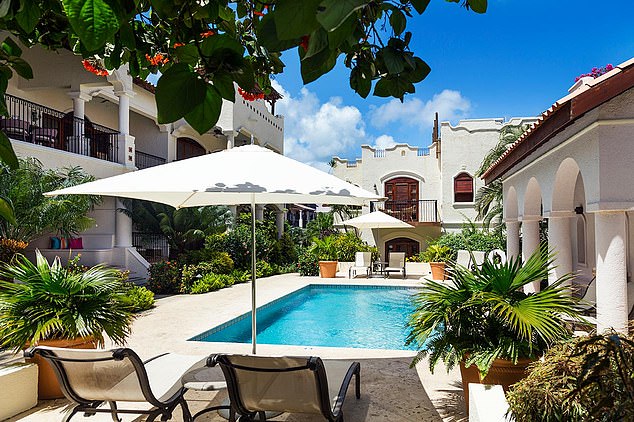 Without waiting for an answer he pulls over at an evidently popular truck stop to treat us to what he proclaims is the best sandwich on the island and a tasty tropical juice.

Perched on a cliff overlooking its own secluded sandy beach, Smuggler’s Cove, Cap Maison resort is like a village in its own right.

There are whitewashed villas of all sizes set among gardens and courtyards.

Of the two main pools our favourite is a little two-tier number overlooking the sea and within arm’s reach of the Cliff at Cap, one of the hotel’s two restaurants.

A pre-dinner pina colada on its terrace quickly becomes a nightly tradition. As I overhear one American tourist declare, it is the best spot on the island to watch the sunset, with strings of fairy lights coming to life as the day fades away.

Cliff at Cap is also where breakfast is held — in sight of Pigeon Island. 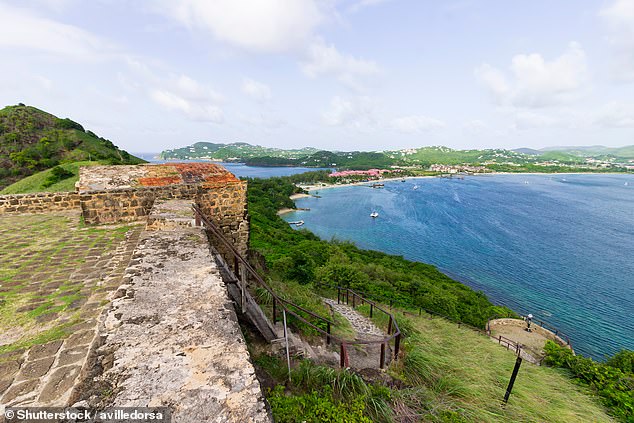 It turns out that this 44-acre national landmark is no longer actually an island, as it’s joined to the mainland by a man-made causeway.

One of its highlights is Fort Rodney, built by the British in the 18th century. It has amazing panoramic views. On a clear day you can see Martinique from the hill. Just take plenty of water.

For keen walkers, a morning rainforest hike at Babonneau comes highly recommended. Most visitors are seeking an adrenaline fix on the tree-top zip lines. But we opt for a three-hour nature walk where our laid-back guide, Jessie, teaches us bird calls, points out enormous stick insects on trees, shows us how to flip rocks to find scorpions and encourages us to eat termites — supposedly an excellent source of protein.

For a glimpse at what life used to be like, head to Lushan Country Life Nature Park. With a bamboo walking stick in hand, you’ll learn how to open a coconut and, most importantly, which plants keep the dreaded mosquitoes at bay (basil).

After all this exertion, you’ve earned a five-star dinner — and you don’t even need to leave the hotel.

Whether you opt for fine dining at Cliff at Cap or a more casual meal at the Naked Fisherman on the beachfront, you will be blown away. If in doubt always go for the fish — we gorged on mahi-mahi.

If you’ve got itchy feet, head to Rodney Bay marina. At Jacques Waterfront Dining we delighted in the genius of pairing seafood with roast potatoes.

Regrets? Well, we never managed to see the famous Pitons. But that’s no bad thing. We have a perfect excuse to return to this special island.