Google Maps Street View offers users the opportunity to travel the world online by a click of a button. Viewers can travel to new towns and cities across the globe and see some of the world’s most famous landmarks. However, every now and again, users discover something strange and mysterious. Most recently a peculiar looking dog was sighted.

This image appeared to reveal a two headed dog – not something most people are used to seeing.

The animal can be seen in Queensland, Australia and the dog appears to be exploring a grassy area.

An eagle-eyed Google Maps user posted the image onto Reddit and wrote: “Found this randomly while exploring Queensland, Australia.”

The image depicts two black dogs, very similar looking merging into one another, looking like the dog has two heads. 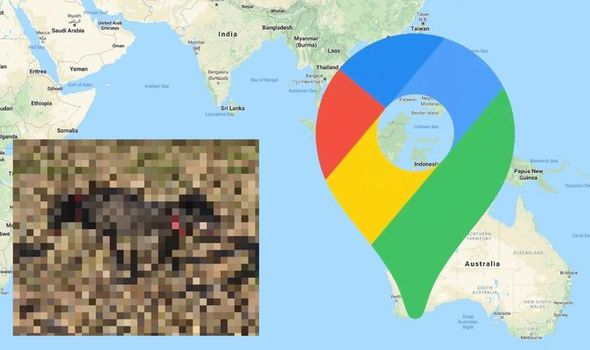 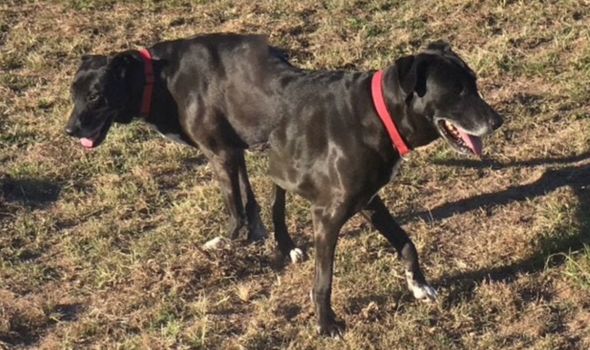 Another user commented: “There’s CatDog, so this must be DogDog.”

Both dogs are wearing red collars, and both have pretty similar facial features with both of their tongues sticking out.

The animals are both facing different directions but their bodies look like they have become merged into one long body.

The image sparked debate on Reddit with users questioning what they were seeing and how this had happened.

Google Maps creates the images by stitching together the 360 degree image sets submitted by users, meaning that small errors can easily occur.

One Reddit user who commented within minutes of the photo being uploaded said: “Obviously it’s a camera/stitching glitch.”

Glitches are therefore very common on the site but the images can look realistic, leaving users with many questions. 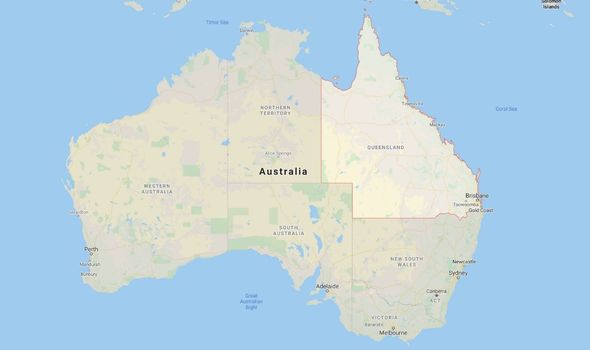 This image is pretty believable until you zoom in closer to the detailing.

The Google camera must have taken one image as one of the dogs was beginning to pass into frame and then took an adjacent shot after the other dog had entered the scene and the two images were joined together, creating this two headed animal.

What’s bizarre about this photo making it look realistic is that both of the dogs are wearing almost identical collars and look very similar.

This is not the first time a glitch has happened on Google that has been picked up on a Reddit forum. 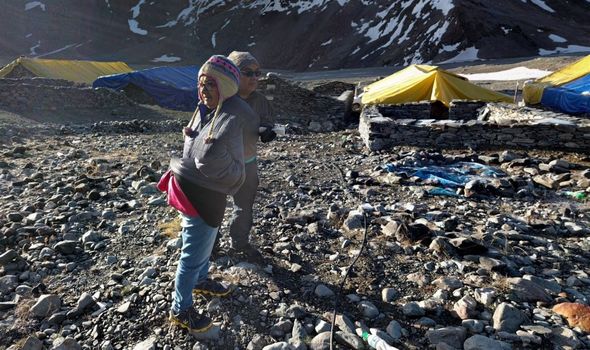 One shocked user posted an image of a woman hiking in the Himalayas that left users questioning if any other users had any idea if the image was a glitch of whether the woman had been caught in a painful position while hiking.

This particular image revealed a woman hiking in the Himalayas and the Google camera has caught her in a position where her waist is twisted around the middle.

The top of her body is facing one way and her legs and feet are facing the other way.

Parts of her body are also absent that must have got caught in the glitch.

In this scenario, the Google camera must have caught the woman in the midst of turning around and then stitched a set of images together while she was moving, creating this painful looking position.