Google Maps Street View is a tool that was initially developed to help users map their way around by gaining an insight into locations at street level. However, over time users have begun to notice it has another use.

Google’s cameras, which are often attached to the top of cars which drive around snapping photographs, occasionally pick up less expected sighings.

Recently, one such incident was spotted in South East London.

The scene unfolds on a suburban street between Bermondsey and Elephant and Castle. 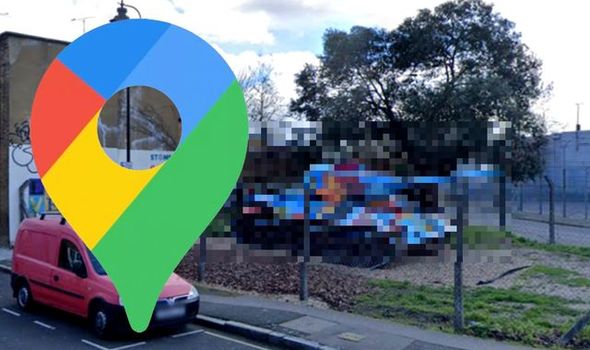 There isn’t anything out of the ordinary at first glance.

A series of terraced houses stand in a row, with cars scattered here and there.

In the distance, a man can be seen walking along the path seemingly going about his daily business.

At the end of the street is a patch of grass, surrounded by a chainlink fence.

It is what is on this patch of grass which has really caught viewer’s attention.

There, slap bang in the centre of the area stands a huge army tanker.

To make things even more unusual, the military vehicle is painted an assortment of bright colours. 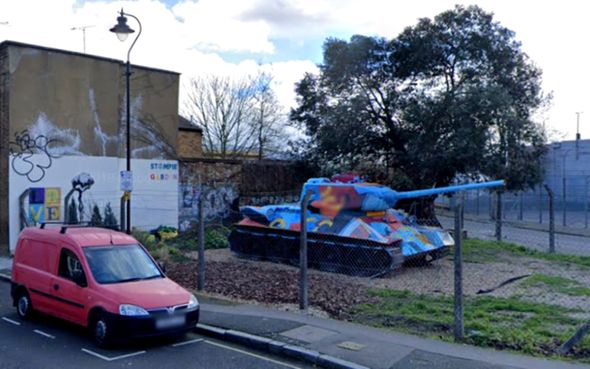 Though the placement of this colourful army tank may seem bizarre, it turns out there is a rather pleasant backstory to it.

According to the community space’s account: “Stompie Garden is a community green space in Bermondsey, South East London.

As part of its artistic nature, the vehicle is often repainted.

Most recently this included a tribute to the NHS to thank them for their efforts during the Covid crisis.

The tank was painted blue with the NHS logo and a white heart.

According to the Evening Standard, prior to its placement on the quiet London street, the vehicle once starred in the movie Richard III, starring Ian McKellen.