Google Maps Street View is predominantly used to help map journeys in locations around the world. Every now and then, though, it surprises users with its ability to discover something weird and wonderful.

In fact, when visiting Norway, it seems it was given a rather unusual welcome by locals.

Google Maps Street View works by attaching a 3-D camera to the top of a car.

This car then drives the roads and streets of cities and towns around the world.

The images snapped by the camera are then stitched together in post-production to create a virtual map users can click their way around.

Often, the car appears to go unnoticed by passersby, however, in some circumstances, it seems local residents are all too aware of its presence. 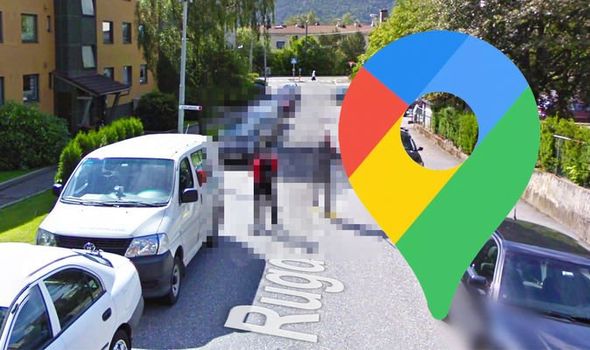 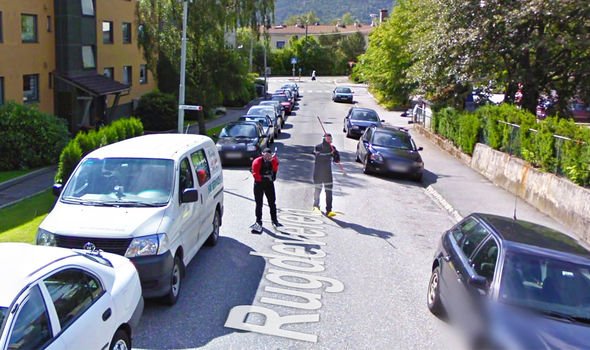 Such was the case in Norway when a duo decided to give the car an extra special greeting.

The scene unfolds on a residential street, with apartment blocks and parked cars littering either side of the road.

To the left, the entrance to a car park can be seen.

There sit two individuals in camping chairs who have opted for some rather eye-catching ensembles.

The two people appear to be dressed in diving suits, complete with goggles, snorkels and even flip flops.

On first instance they appear to be relaxing in their camp chairs, enjoying the sun which shines overhead.

However, as the user clicks their way along the road they may notice something quite bizarre happening.

Behind the car, the two people seem to have taken chase. 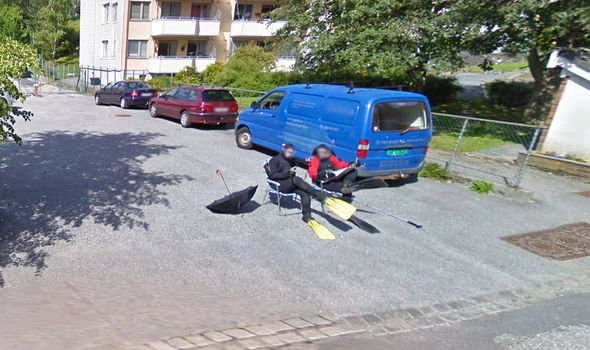 They can be seen running along the road, their flip flops slapping against the tarmac road.

In their hands, the pair also appears to be holding fishing spears, which they are holding outright as though trying to attack the car with them.

They continue to chase as the car makes its journey up the road until they finally stop.

As the Google car journeys on, they appear smaller, as though they have become exhausted in their chase or the car picked up too much speed.

It is likely the locals found out the car was due to frequent their neighbourhood and concocted the humorous plan.

Though the car often catches people off guard, there are some ways to figure out when Google may visit.

According to a Quora user named Wayne: “You could look up the maps on Google, there’s a link for their approximate schedules and where they will go.”

He adds that busy areas are often updated more frequently.