Google Maps Street View is a handy tool for helping people map their way around the world. The street-level look at towns and cities across the globe has increasingly been used by viewers to discover unlikely instances.

One user was so baffled after spotting a unique car they took to Reddit to try and find an explanation.

The scene unfolds in South West Seattle on a particularly sunny day.

Two cars can be seen parked up in a public car park, with a person walking toward one of the vehicles.

A second person appears to be existing in one of the cars. 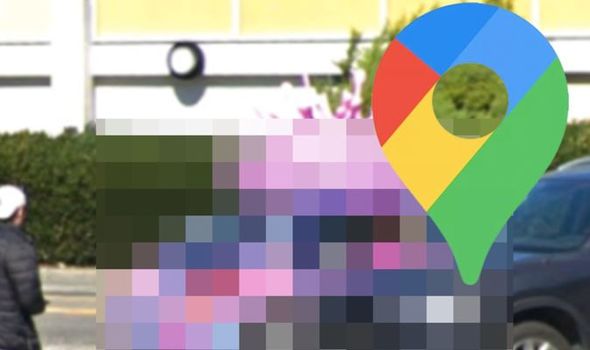 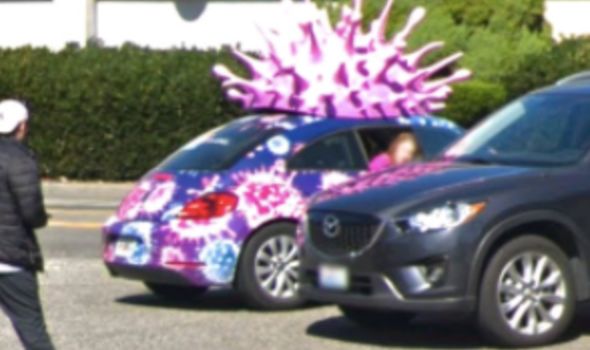 Though this seems like a largely normal occurrence at first, it is the appearance of the smaller of the two cars has left some Reddit users questioning.

The car, which appears to be a purple VW Bug, is covered in artwork a lot like the COVID-19 molecular structure.

Large pink and blue smatterings cover the entire body of the car.

Atop the car is a large, pink sculpture of the same viral structure.

The Google Maps user who happened upon the scene shared an image with the caption: “Covid car probably from before covid happened.”

Users flocked to comment on the story, questioning: “What’s the story behind it?”

Some made jokes, with one user writing: “Viral marketing has gone too far”.

Another said: “Spreading ‘Rona, one bug at a time.”

However, it seems there is a very logical explanation as to why this car was covered in images similar to the COVID-19 virus structure. 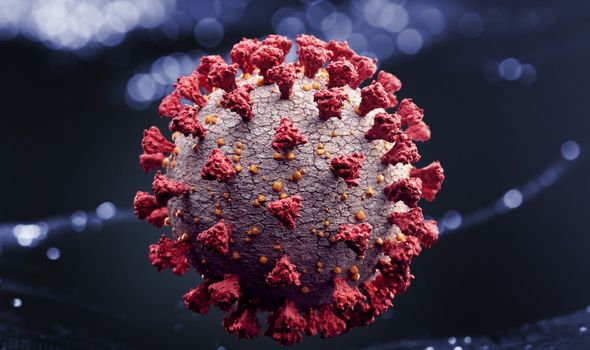 “Viruses generally look like that,” pointed out one user.

A second person then lifted the curtain on the whole scenario, putting an end to any brewing conspiracies.

The user then shared some background on the car, which was part of a campaign to encourage people to get the flu vaccine.

It was part of a marketing ploy in partnership with the Centre for Disease Control and Prevention in the US to help reduce the spread of flu in the winter months.

Reports from local news outlets state the car even had a registration plate reading: “NFLUNZA”.

Actors were hired to play “Captain AntiVirus” and drive around speaking to school, groups and individuals about the dangers of flu.

The bug was driven around towns and cities during peak flu months.