Google Maps Street View is traditionally used to help people navigate their way around the world. However, thanks to its use of 3D cameras, the online application often uncovered some rather unexpected moments taking place in all corners of the globe.

Recently, one user happened upon a man pulling a rather unexpected move in broad daylight.

They were so taken aback by his apparently incredible achievement, they shared the scene to a Reddit forum.

The moment unfolds in Massachusetts, US, on what appears to be a residential street.

A man can be seen beside a patch of grass dressed in a pair of grey shorts and a yellow t-shirt. 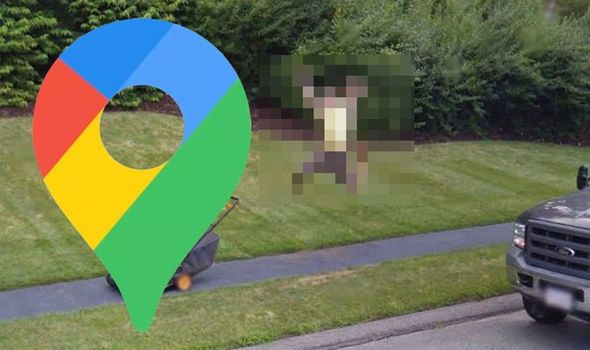 He is stood beside a lawnmower, suggesting he was in the middle of some gardening.

While the man’s appearance isn’t particularly out of the ordinary it is his position that has left viewers begging for a back story.

Indeed, according to some Reddit users, he appears to be “flying”.

The man is suspended several metres off the ground, his arms outstretched in the air, while both of his legs are kicked behind him.

Of course, while it may be fun to imagine this gardener has suddenly acquired magical talents, there is an alternative explanation.

It is much more likely he is jumping in the air.

His outstretched arms could be a sign he is punching the air for joy. 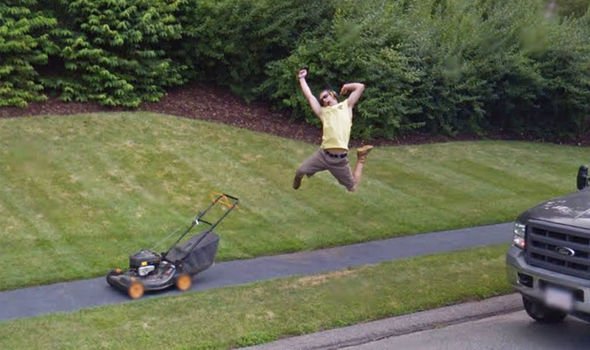 “Someone just received some good news,” commented a user.

It could also be that the man has simply spotted the Google car and his bold move is an attempt to create an eye-catching scene.

If that was the case, it seems he has achieved his goal.

Another commended the man’s ability to jump so high.

“Our boy has some serious ups,” they wrote.

Sadly, the actual back story of the scene may forever remain a mystery.

The man has a pair of dark sunglasses on which conceal most of his face, making him unrecognisable.