Google Maps Street View is a nifty piece of online software which allows users to scour the globe at street level. However, increasingly, users are finding less expected things along the way.

One woman was spotted making a very rude move in public which was captured on camera.

The scene unfolds in an urban landscape, though the exact location has not been specified.

Walking along a seemingly normal street is a woman dressed in a black coat and backpack.

She is holding what appears to be a road atlas to her chest. 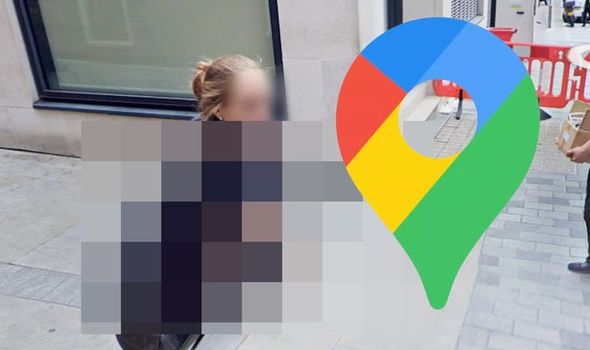 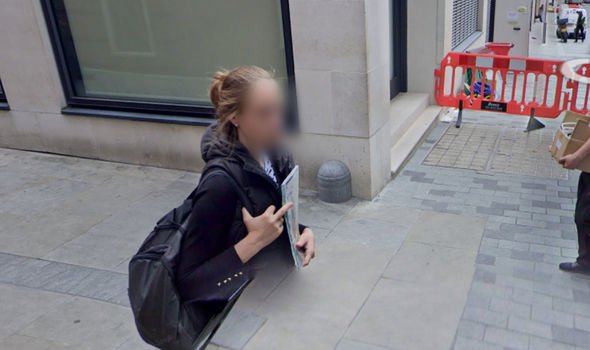 The Google camera tends to be attached to the roof of a car which drives around various neighbourhoods across the globe.

Often it goes unnoticed, but in this instance, one nearby walker has noticed its presence.

What’s more, it seems that her day has been somewhat interrupted by the presence of Google’s camera.

She is looking towards the camera at the moment the photograph has been snapped.

Yet it isn’t the direction of her gaze that indicates her distaste at the Google Street View camera.

Instead, it is the lewd gesture she is making at the camera’s lens.

The woman is photographed lifting her middle finger – a move which is often symbolic of swearing at someone.

While the camera has managed to capture the moment of insult, the woman’s identity is hidden by Google Street View’s privacy policy. 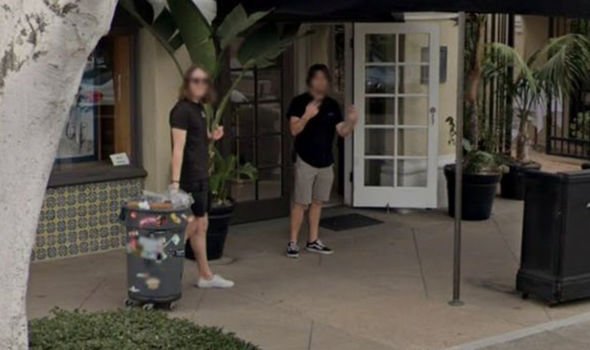 As per the website policy: “Google takes a number of steps to protect the privacy of individuals when Street View imagery is published to Google Maps.

This means that the woman’s identity is obscured from view, and her shocking hand gesture will forever remain anonymous.

The image was posted to Reddit, where users described the woman as a “rebel”.

“Thank god the face was blurred. A lot on the line here,” wrote one user.

Another joked: “Google’s trying to erase her. RISE AGAINST THE MACHINE!! And by machine, I mean search engine.”

Unsurprisingly, this is not the first time a passerby has taken the decision to lift a finger towards the camera.

Previously, when travelling around California in the US, two men were spotted pulling similar moves.

Standing outside of a hotel on Main Street of Balboa Pier, in Newport Beach, one male seemed to have spotted the Google Car.

Whether to gain the attention of the driver or simply to get a laugh, the man decided to pull a rude move.

Raising up both of his arms, the pedestrian is using his hands to make two vulgar hand symbols.

Adding insult to injury, it seems he is joined by an onlooker who followed suit.

As the Google car speeds along the street, the second man can be seen raising one of his hands in union with his friend.