Google Maps Street View lets you visit nearly anywhere in the world as if you were there in real time. From visiting your local street to some of the world’s most famous landmarks, Google Maps is one of the best navigation tools out there. However eagle-eyed users also pick up on some weird, embarrassing, and shocking sightings.

That was definitely the case for this scene which takes place in South America, where a man appears to be on a cliffside near the sea.

The surroundings look normal and nothing appears to look out of the ordinary.

The sun is shining overhead and there are a few people enjoying the view.

So what is wrong with this scene? 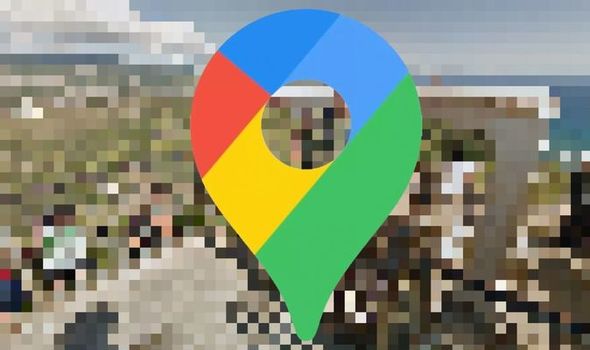 When you look at the man in the shot, half of his body appears to be missing.

The other two people in the shot appear to have all their body parts attached.

However, their faces have not been properly blurred out.

An eagle-eyed Google Maps user captioned the photo: “Let me slowly disappear into the hills.”

One user suggested that the man was wearing camouflage bottoms and so they have been morphed into the grass and been mistaken for land.

Another suggested that this was just a classic Google glitch that the man had been caught in.

What is strange however, is that Google takes the privacy of everyone very seriously and this man’s face is only slightly blurred out.

Another user suggested that his face is still visible because the computer got confused and while in a glitch, it hasn’t blurred his face out completely. 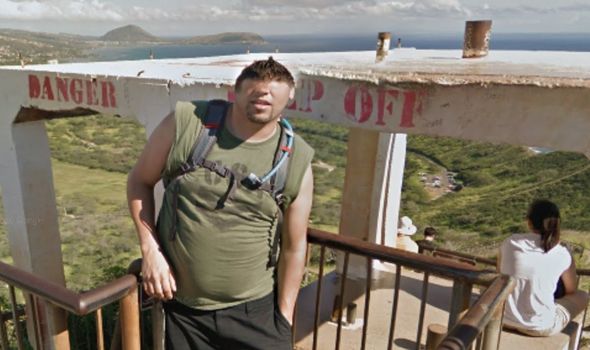 However, for the man to be caught in the glitch he would’ve had to be moving which some suggested he may have tripped or fallen for Google to create this glitch.

This makes this scene very scary as he is on the side of a cliff.

Glitches are extremely common on the site and they can happen very easily as the world is constantly moving.

People are constantly moving, making it even harder for the Google camera to capture still images of people. 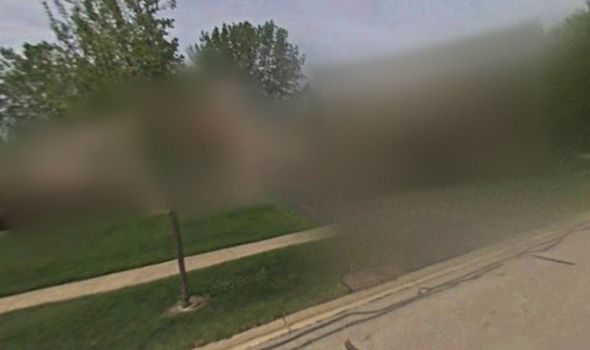 Google Maps creates the images by stitching together by image sets submitted by Google Maps users meaning errors can and do easily happen.

Google is so protective over its users, that houses, number plates and driveways can also be blurred out if you wish to.

One scene takes place on a normal looking street in Illinois, America.

All the houses are spaced far apart from one another and the road is very wide.

No other house on the road looks unusual until this whole chunk of land appears to be missing.

Posting on Reddit, one user wrote: “Why is this house blurred?”

So what has happened here, why is this chunk of land missing?

While there is no instant explanation as to what is going on, Google takes the privacy of the public and users of the site very seriously.

One person commented on the post and said: “They probably just value their privacy. You can have Google blur out your house and it’s pretty simple to do as well.”