Google Maps Street View is a tool that allows users to gain a virtual insight into towns and cities around the world. It was first developed in 2007, using 3D cameras to snap photographs.

The cameras tend to be attached to the top of special Google cars, or carried by Google Maps workers on foot.

However, while snapping photographs of the surrounding scenery, the cameras also have a habit of capturing people in some rather unexpected situations.

Such was the case for one man in Yosemite national park in the US.

The man was snapped in a position which may have left him red-cheeked. 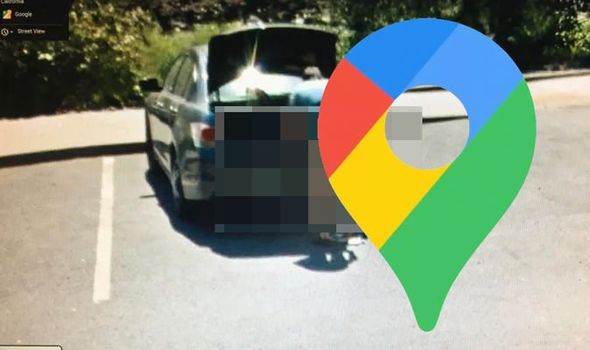 The scene unfolds on a sunny day in a car park within the national park grounds.

A man can be seen standing to the rear of a navy blue car.

The boot of the car is popped open, with the man appearing to have been looking inside for something.

While none of this is particularly out of the ordinary, it is the move the man has proceeded to make in broad daylight which has caused something of a stir.

After spotting the scene, one Google Maps user shared it in a Reddit forum.

They wrote: “Man taking off his pants in Yosemite National Park.”

Indeed, the man appears to be removing his trousers.

He is pictured wearing just a blue T-shirt, underpants and a pair of socks. 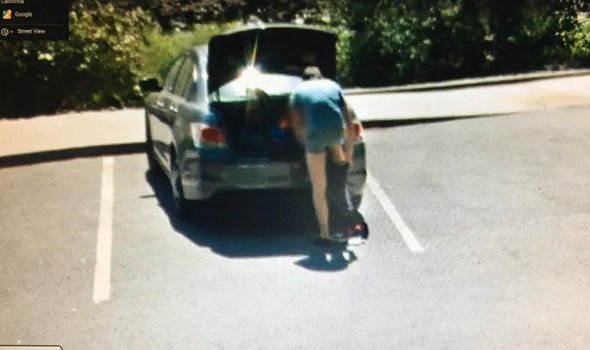 Luckily, his dignity is somewhat preserved by the fact his back is to the camera.

Bent over to pull his trouser leg off, the man’s face is concealed saving any embarrassment.

The back story to the image remains unknown, though given the location is could be concluded the man has just returned from or is getting ready for a hike.

Perhaps he is changing into clean or more appropriate trousers.

This isn’t the first time Google Maps has caught someone removing their clothes.

On a beach in the holiday resort of Tulum, Mexico, one couple were snapped as they stripped off especially for Google’s camera.

The saucy duo appeared to remove their swimwear to garner attention after spotting the cameras.

The pair can be seen running along behind the camera before posing naked.