Internet users have discovered both the weirdest and most wonderful photos on Google Maps over the years – and they often go viral. Sometimes, the best finds are the ones where the people in them don’t know that their photo is being taken.

Yesterday, one Reddit user found an image of a man driving a black pick-up.

The photo would have been very unremarkable apart from one small thing: the driver seems to be swearing at the camera.

The driver’s thumb is on the wheel, but it is his middle finger that is poised – ready to indicate – on the button. 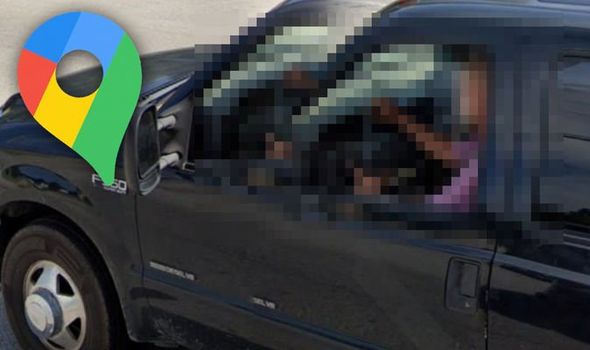 It seems therefore that the driver of the pick-up is pulling one finger up at the Google Maps cameraman.

Funnily, he doesn’t even realise that he’s swearing, as he seems to be staring straight ahead and concentrating on his driving.

The image has rapidly gained traction on Reddit, with users agreeing how easy it is for people to accidentally swear at others sometimes.

They share anecdotes of friends or acquaintances who often pull up their middle fingers without trying.

One Reddit user said: “My first boss did literally everything with his middle fingers. Type, open doors, scratch his head, etc.

“For a while I thought he had some motor skills handicap, but he seemed able-bodied otherwise. Turns out he was just weird.”

Another was reminded of his secondary school teacher, no less.

“My sixth-grade science teacher usually pointed with his middle finger. Our roomful of eleven-year-olds could barely maintain.” 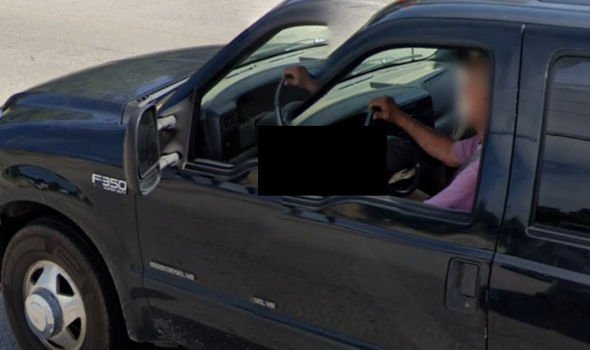 Others commented on how their family members have also been caught “swearing” accidentally in public.

“My grandad uses this middle finger on his phone for some reason. I would’ve thought the pointer finger would be easier,” one user said.

Another added: “Huh, my dad drives around with his left middle finger on the signal lever like this and sometimes his pinky/ring finger on the wiper lever if it’s raining.”

It seems, therefore, that the latter user’s father has something in common with the driver in the Google Maps image, demonstrating that perhaps many people use their middle finger to indicate, start their wipers, or switch their lights on while driving. 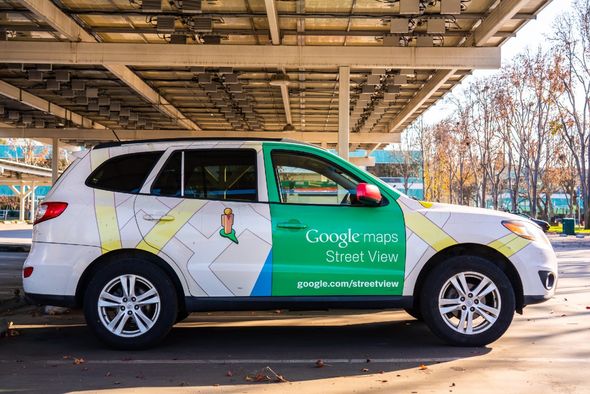 This particular Google Maps muse is innocent, but plenty of others have certainly been guilty of swearing at the camera.

Just last week, a man from Richmond, London, shared an image he’d accidentally come across on Street View with his Twitter followers.

He was mapping out his cycling route when he saw the image: the male driver of a black BMW pulling his middle finger up to the camera.

It is clear that the man – who is driving along Petersham Road – is swearing on purpose as his face and body are turned towards the Google Maps Street View van.