Google Maps Street View hides a wealth of intriguing images. People are snapped all over the world by the tech giant’s camera. Most of the time there is very little of interest about these folk.

However, every now and again a scene really sticks out.

This was certainly the case for one man.

He was spotted in a woodland scene – although there’s nothing idyllic about the picture.

It’s unclear where in the world the photo was taken. 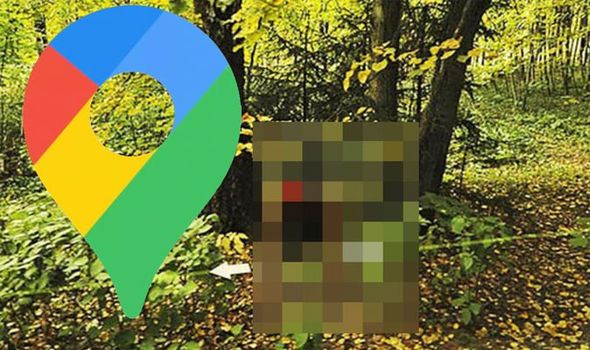 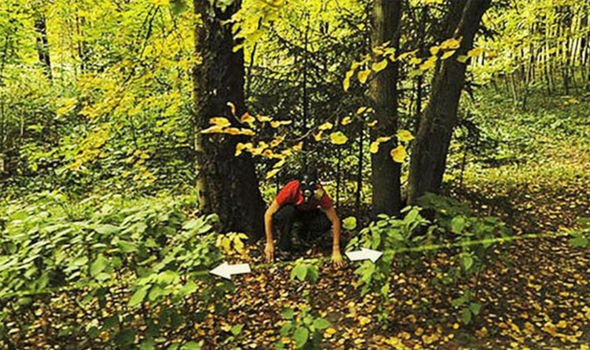 In the image, it appears as though the man is hiding.

He is crouched down between two trees.

However, his stance is not the oddest thing about the shot.

It’s what is on his head.

His face cannot be seen at all.

This is because he is wearing what appears to be a gas mask.

The highly sinister mask hides all of the man’s features and renders the scene very frightening indeed.

Furthermore, his crouched, almost animalistic position makes it look like he could be about to pounce right out the screen towards the viewer. 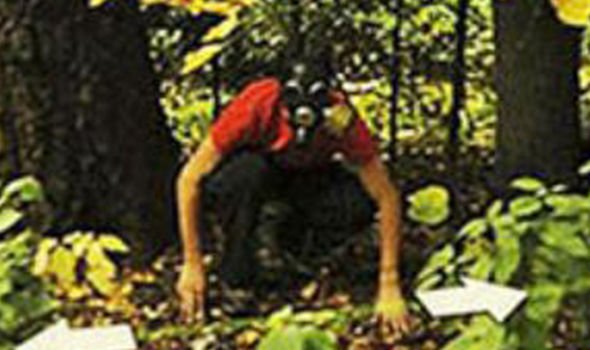 No one else is with the man in the bizarre scene.

There seems to be very little explanation for why is wearing the gas mask.

Possibly he is simply enjoying a game of dress-up, or perhaps similarly dressed friends are just out of view.

The viewer is simply left to guess the reasoning behind the man’s actions. Do you have any suggestions?

Of course, there’s no knowing who the man is due to the obstructing gas mask.

However, if his face was on show Google Maps would take steps to protect his identity.

The website states online: “Google takes a number of steps to protect the privacy of individuals when Street View imagery is published to Google Maps.

“We have developed cutting-edge face and license plate blurring technology that is designed to blur identifiable faces and license plates within Google-contributed imagery in Street View. “