Google Maps Street View often sneaks up on people during moments they may wish hadn’t been caught on camera. This is largely due to the way the programme works, by attaching cameras to the top of cars which drive around towns and cities across the globe.

There have been a number of situations where the tech giant has spotted people completely naked in broad daylight.

Such was the case for one woman in Brazil.

Luckily, it seemed she was able to hide her modesty just in time.

The moment occurred near the famous Copacabana beach in Rio de Janeiro, Brazil. 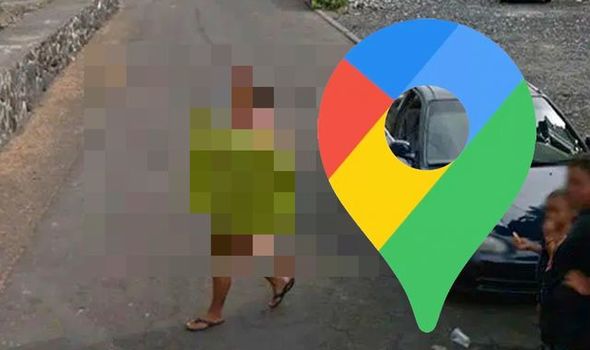 The image shows a black car parked at the side of the road.

Meanwhile, a woman and child stand to the left of the scene.

However, it is the woman at the centre of the shot who has caused the biggest stir.

It is not known whether or not the two other people are with the woman, who appears to be crossing the road.

While her presence may not seem too bizarre, it is her outfit – or lack of – which is out of the ordinary.

The female appears to be completely naked, except for a pair of black flip flops on her feet.

Thankfully, the woman is holding up a lime green towel in front of her, concealing what is going on.

Of course, while at first glance it may seem she has no clothes on, it is also possible the woman is wearing strapless swimwear. 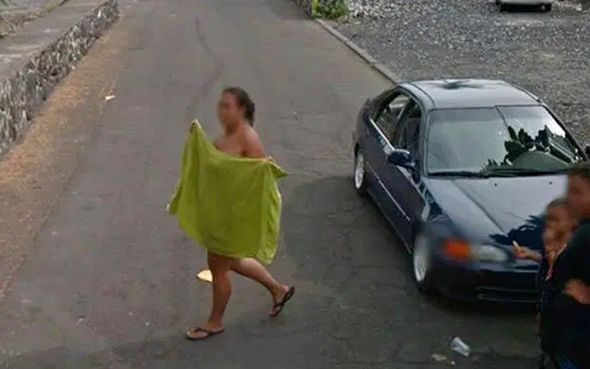 Her bare shoulders and legs are all that can be seen, giving the illusion she is in the nude.

However, it seems this shot will remain a mystery forever.

This is due to Google’s privacy policy, which means the female’s face has been blurred to conceal her identity.

Though it is possible this woman was wearing swimsuits, there have been other beachgoers caught by Google who did not make the same choice.

In the holiday resort of Tulum, Mexico, one saucy couple’s prank led to Google being forced to blur their entire bodies.

The duo appears at first in their swimwear while enjoying a sunny day on the beach.

However, upon spotting the camera, they decided to remove all of their clothes.

While Google’s cars are usually able to speed away from any unexpected or inappropriate displays, the Google worker travelling along the beach on foot did not have the same experience.

As a result, the couple were able to follow the camera all along the beach.