Google Maps Street View has a serious role in the world of technology when it comes to mapping the streets of the world. However, every now and again it captures something that is truly bizarre. The tech giant often catches people as they go about their daily lives – but it doesn’t always photograph them looking their best.

One man found this out the hard way.

Google Maps has captured him enjoying a view on a large balcony surrounded by tourists.

But quite how the man can see the vista is a mystery because rather than having eyes, a nose and a mouth he has an arm growing out of his face.

The back of his head seems completely normal, and he’s clearly wearing a baseball hat, but his neck morphs straight into the arm. 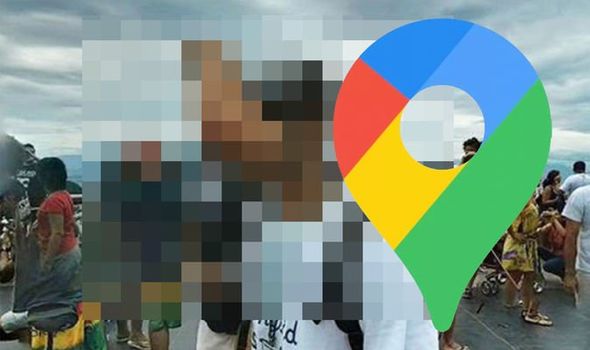 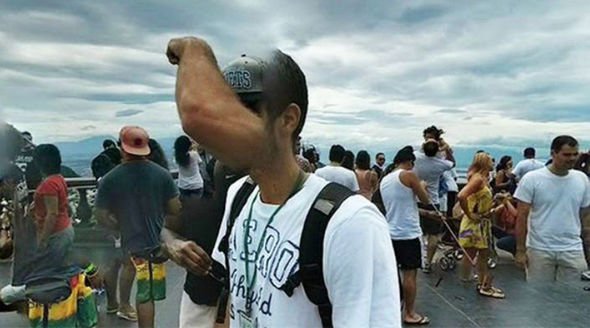 What’s more, the arm begins halfway up the bicep and is bending into a fist at the elbow.

It almost looks a bit like the tourist has a trunk, just like an elephant, as he has no discernible facial features at all.

However, if you look closely, it becomes clear that not all is as it seems.

Not only is highly unlikely the man would have an arm growing out of his face but other people behind him also look out-of-the-ordinary.

One man to his right, for instance, in a white T-shirt, has no legs past his upper thighs and appears to hover in mid-air.

To his left, a man’s brightly coloured shorts appear in two places, as though the owner has an identically dressed twin.

Obviously, something has gone wrong with Google Maps itself to produce such bizarre images.

What has actually happened in this image is likely that a technological glitch with the Google cameras has occurred.

The photography splicing has caused the problem due to the way the images are assembled.

When taking the photo, the 360-degree cameras shoot multiple pictures to create the seamless image.

This is done by knitting the images together to make it seem realistic.

However, moving objects often ruin the scene as they shift when the photos are taken.

The man is far from the only one to have suffered disfiguration at the hands of Street View. 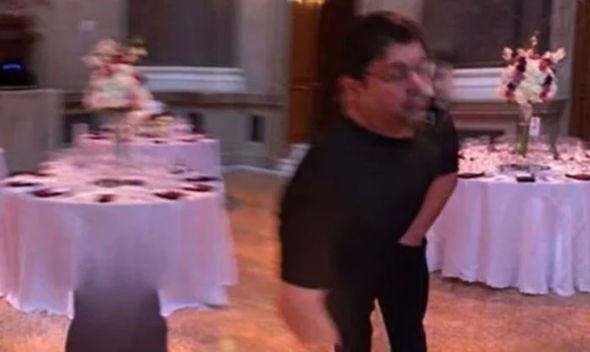 A photo of one man went viral after being posted to content-sharing site Reddit this week depicting an outrageous glitch.

The shot, taken in New York, USA, depicts a room set for a formal event.

In the foreground, a man can be seen dressed all in black but there looks to be something very wrong with him indeed.

He appears to have two sets of legs and a distorted torso and he also seems to be missing an arm – clearly the result of a Google glitch.