Google Maps Street View has become well known for being an unlikely source of comedy over the years. The tech giant’s cars drive around the globe mapping their surroundings and often capture people going about their daily lives while doing so. Sometimes Street View snaps some very embarrassing scenes.

One woman was photographed just as she took a dramatic fall.

She looks to have been out riding her bike on a sunny day.

Two dogs are with her and a lead from one hound appears to connect to the bike.

The shot shows the woman plunging towards the pavement as the bike clatters to the ground. 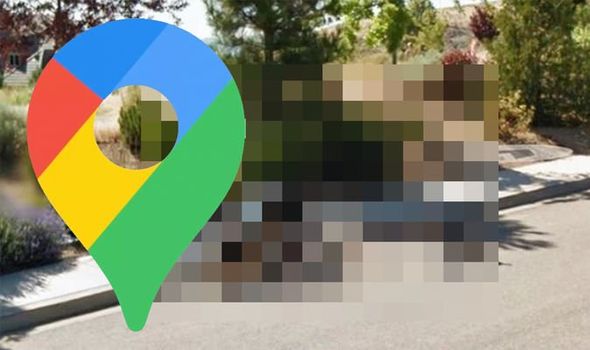 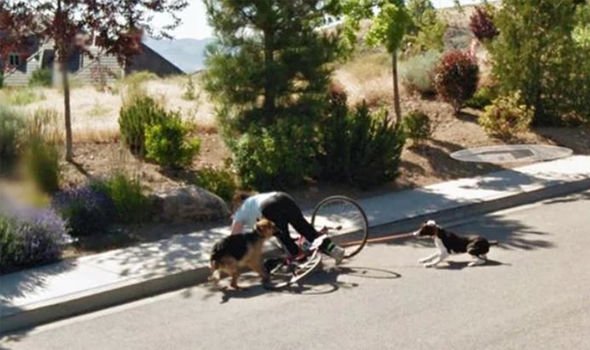 She appears to be almost vaulting over the bike in the tumble, her legs still caught in the framework.

The two dogs can be seen leaping around next to her suggesting they could have been involved in the accident.

Perhaps the lead got tangled?

The woman’s arms are outstretched towards the pavement as she attempts to break her fall.

The height she looks to be falling from suggests it could well be a nasty accident.

However, the standalone snapshot is just one moment in time and it’s unclear what happened next.

The Street Viewer is left to simply guess how the accident played out and whether the woman managed to escape unscathed.

It’s possible that the Google Maps car and another nearby vehicle could have inadvertently played a role in the crash.

Perhaps the car startled the dogs or the cyclist and caused the tumble.

The woman is not alone in having her cycling accident caught on camera for the world to see.

A man was photographed just as he was hurled off his bike but this incident took place in the middle of a busy road.

The man can be seen sprawled across the tarmac. 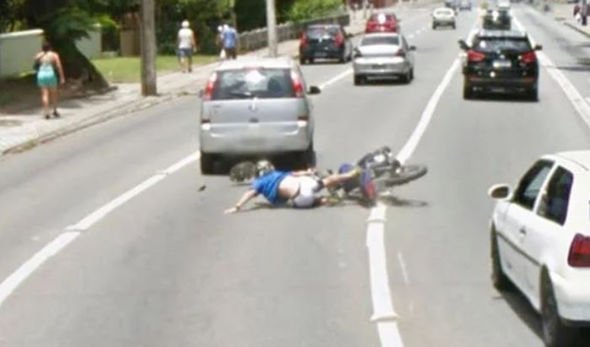 He has thrown out an arm to protect himself from the impact of the fall.

The unfortunate accident must have been very painful indeed.

Perhaps the cyclist had an unfortunately timed wobble and simply fell off his two wheels.

He is wearing shorts and a T-shirt so it’s likely the accident was a painful one!