While Google Maps Street View is often used to help users virtually transport themselves on a global adventure, it also has another use. Increasingly users are uncovering bizarre moments from around the world.

One such moment was recently spotted in Poland, leading a baffled user to share the sight on Reddit.

The scene unfolds on a pier in Poland.

Heading along the stone pier which stretches into the Polish port Ustka wyjście z portu a woman can be seen.

However, while her smiling face looks like nothing more than someone enjoying a day out, it is the rest of her body which has left users wondering if she had been the victim of an unusual accident. 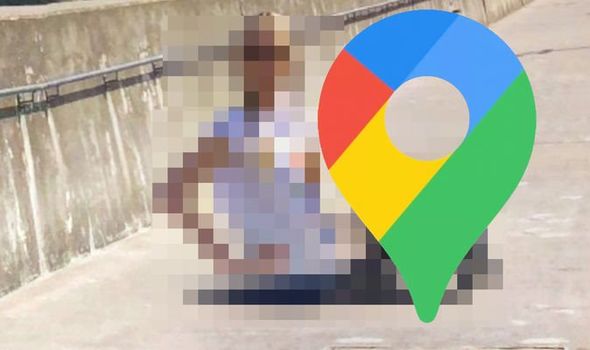 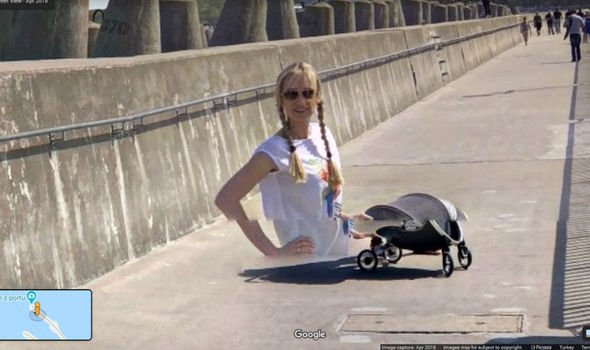 The image shows a woman standing on the pier turning to face the camera.

She has blonde braided hair and is wearing sunglasses to shield from the sun.

However, once the camera pans below her shoulders, things start to look a little peculiar.

While the woman’s arm appears to be placed on her hip, the bottom half of her arm and her hip are nowhere to be seen.

In fact, the whole lower half of the female’s body has completely vanished, leaving only the view of the stone floor behind her.

With her other arm, she appears to be pushing what looks as though it could be an infant’s pushchair.

The bulk of this has seemingly vanished. Instead, all that can be seen is the top of the pushchair sandwiched directly against its wheels.

Could this be the result of a terrible accident? 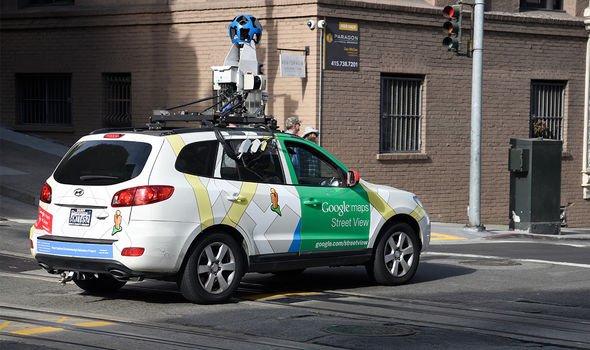 One Reddit user came up with their own explanation, saying: “She used to be the assistant to a sh***y magician.”

Others took the odd moment as an opportunity to share a joke or two.

One user wrote: “She doesn’t look half bad.”

Another adds: “She looks pretty happy, all things considered.”

Though the tale of a magic trick gone wrong is certainly one which evokes humour, it is likely this is simply the result of one of Google Maps Street View’s infamous glitches.

Glitches are a common occurrence on the software due to the nature in which it works.

Images are captured using a special three-dimensional camera which is either carried by contributors or is driven around various locations by the Google Street View car.

Multiple images of a location are taken and then stitched together in post-production to create the 3D world.

However, due to the speed at which photographs are snapped, if something suddenly moves in the frame it can create some bizarre results.