The Inspector calls at the Graduate Cambridge hotel, but it gets a low grade despite a ‘terrific’ location (and not just because of ‘undrinkable’ coffee)

This is such a good idea you wonder why no one else thought of it years ago. Start a hotel group called The Graduate which concentrates its efforts on American university towns such as Berkeley, California, and Ann Arbor, Michigan (plus 28 others) then cross the pond to set up in Oxford and Cambridge.

We check in to the latter and are surprised to be paying close to £300 for B&B, when the place is still ironing out (it only opened in September) some creases — and when the restaurant is closed for what the receptionist on the telephone had called a private party.

There is nothing remotely private about it. The whole ground floor is consumed by screeching from a live band that comprises an electrified violin and overly-loud saxophone. 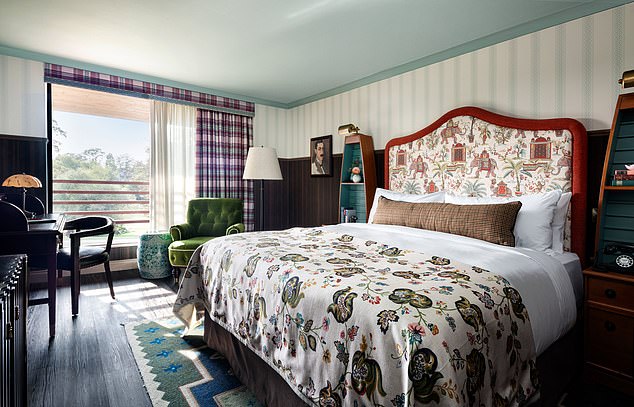 One of the bedrooms at Graduate Cambridge, which features a ‘cheery’ headboard

We do our best to find a quiet corner but after ordering from the over-priced bar menu (£10 for four tiny anchovies, £26 for a steak already cut into six small slices), it’s a relief to escape to our room.

But not before taking everything in. The hotel’s position on the River Cam is terrific, but how can you call yourself a ‘boutique hotel’ when there are almost 150 rooms in one of Cambridge’s ugliest buildings (formerly Hilton Doubletree)?

Even so, we like the punts on the walls (Scudamore’s punting station is practically next door) and admire the model of scientist Rosalind Franklin’s DNA double helix hanging over the reception.

But the ceilings are so low in the bar and restaurant (where we eat breakfast) that a basketball player would have to duck. 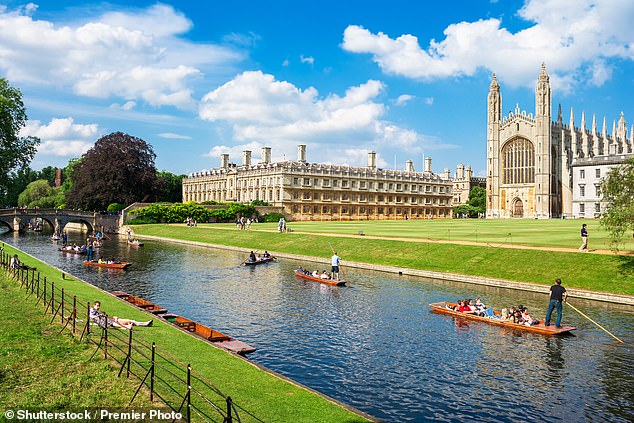 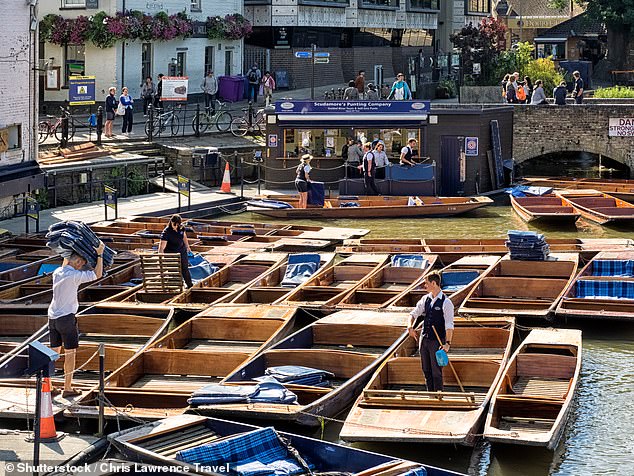 Punting in Cambridge is the ultimate way to enjoy the sights. Pictured is a Scudamore’s punting station near the Graduate hotel

Our room is small, the bathroom tiny. There’s a cheery headboard, a laminated chest, comfy armchair and a framed letter written by Isaac Newton (come to think of it, Stephen Hawking’s face adorns our plastic hotel key).

The coffee at breakfast from a communal jug is undrinkable. ‘I wouldn’t,’ warns another guest. But I do and he’s right. After which I order a double espresso for which there is an additional charge.

Things don’t go well at checkout either. I am charged for a double gin and tonic, which I never had, then notice £21 has been added for parking in the building site behind the hotel. ‘It would have stated this in your confirmation email,’ says the receptionist. It did, too, I find later, but someone should have flagged this the night before, surely?