Classic rock: Incredible images show the world’s most amazing stone structures, from a ‘boulder house’ to a 12th-century sunken church

Forget concrete and brick – it’s stone that’s the star of the show here.

These incredible images show how stone is a building material of endless opportunity, that it can be formal, elegant, playful and energising.

The photographs feature in a new book, simply called Stone, by architect William Hall, which showcases a spectacular selection of structures from the past 5,000 years and highlights the beauty of this seemingly humble substance.

Among the featured buildings are an incredible Roman aqueduct in France, a 12th-century church built inside a carved pit in Ethiopia and a quirky museum – and former house – surrounded by boulders in Portugal. 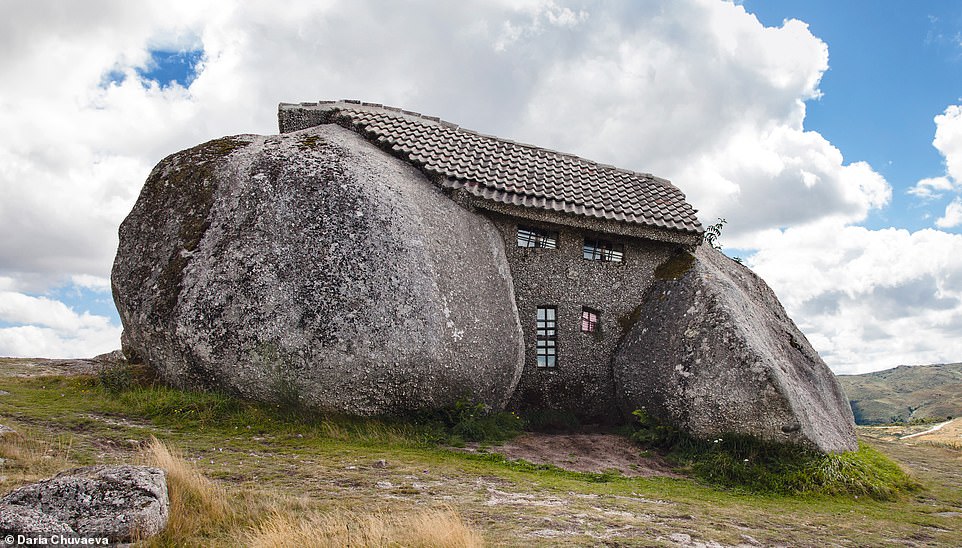 Casa do Penedo is a monument surrounded by four colossal boulders in Fafe, northern Portugal, which was built in 1974. It was initially constructed as a holiday home but today is a museum charting the quirky building’s history 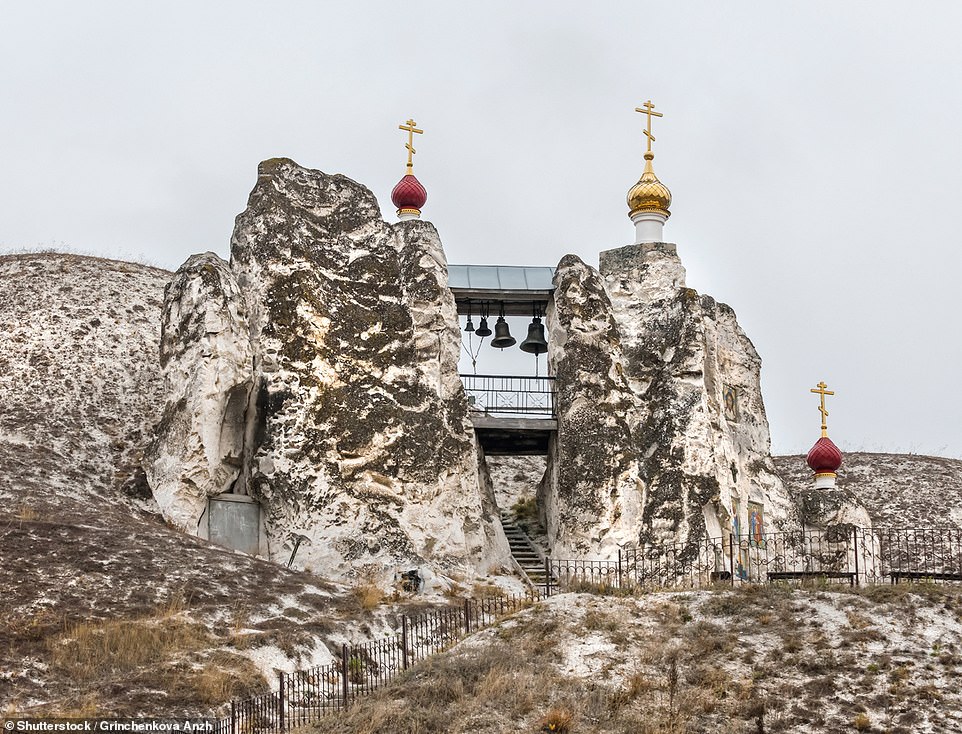 The amazing ancient Spassky Cave Church in Kostomarovo in the Voronezh region of Russia. Carved into the hillside are two churches, one with enough room for a congregation of 2,000 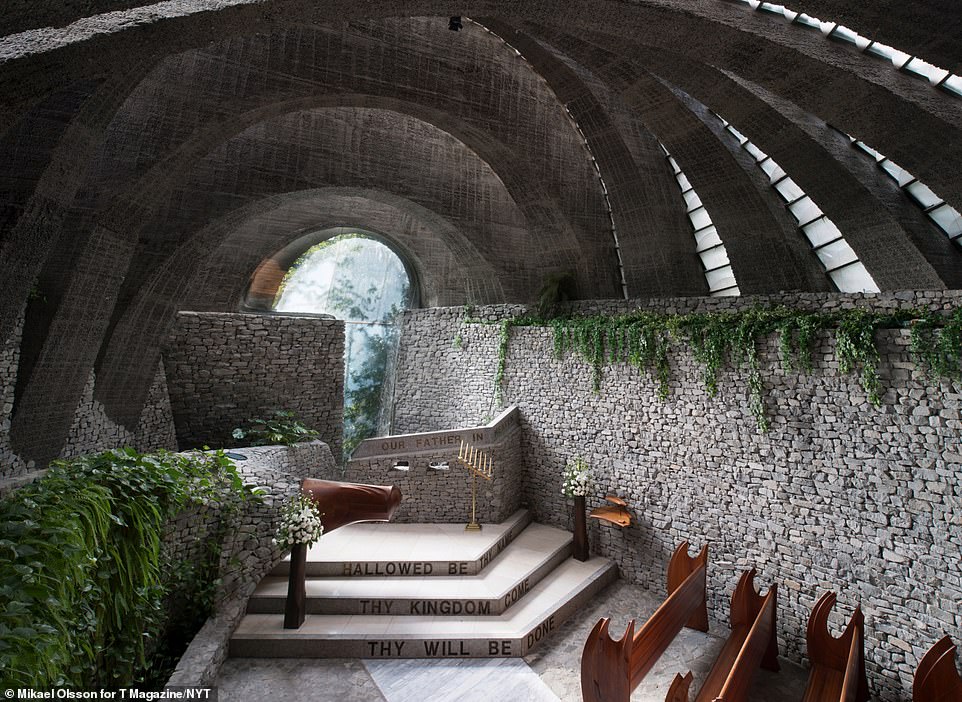 Uchimura Kanzo Memorial Stone Church in Karuizawa, Nagano Prefecture, Japan. It was built in 1988 by American architect Kendrick Kellog and is, according to stonechurch.jp, the perfect place for a ‘mysterious, enchanting wedding ceremony’ 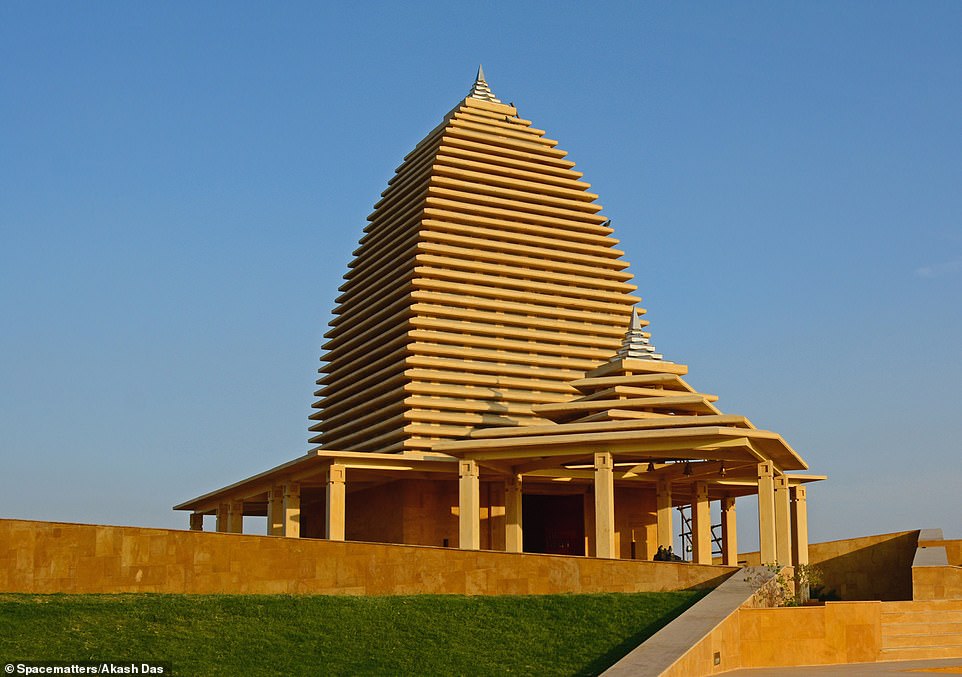 The Temple in Stone and Light is in Barmer, India, and was built in 2016 on the grounds of a power plant for its employees and the local community. It was constructed using locally sourced Jaisalmer yellow stone and designed by Delhi-based firm Spacematters 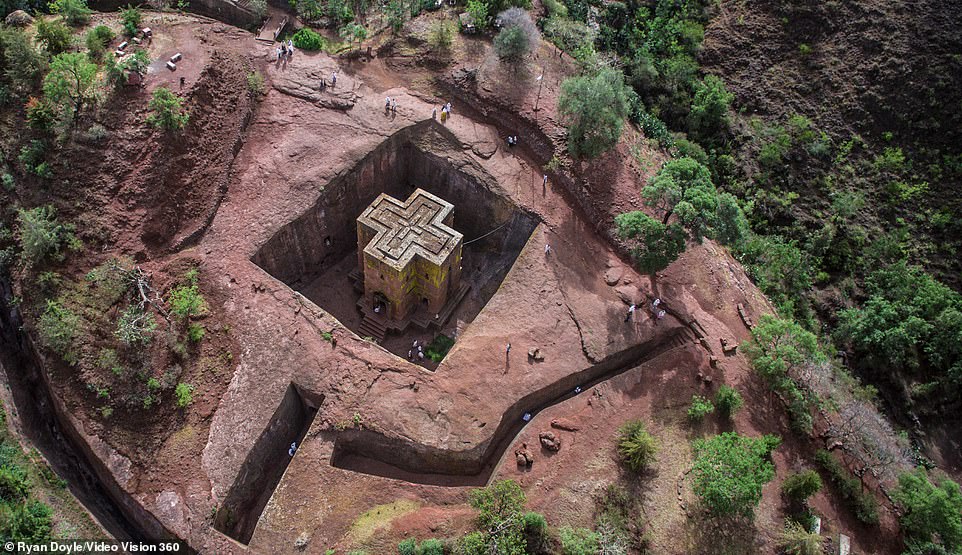 The Church of Saint George in Lalibela, Ethiopia, is a 12th-century sunken, rock-hewn church that was built in a pit carved out of volcanic rock. It is still a place of pilgrimage for those in the Ethiopian Orthodox Tewahedo Church and is a Unesco world heritage site 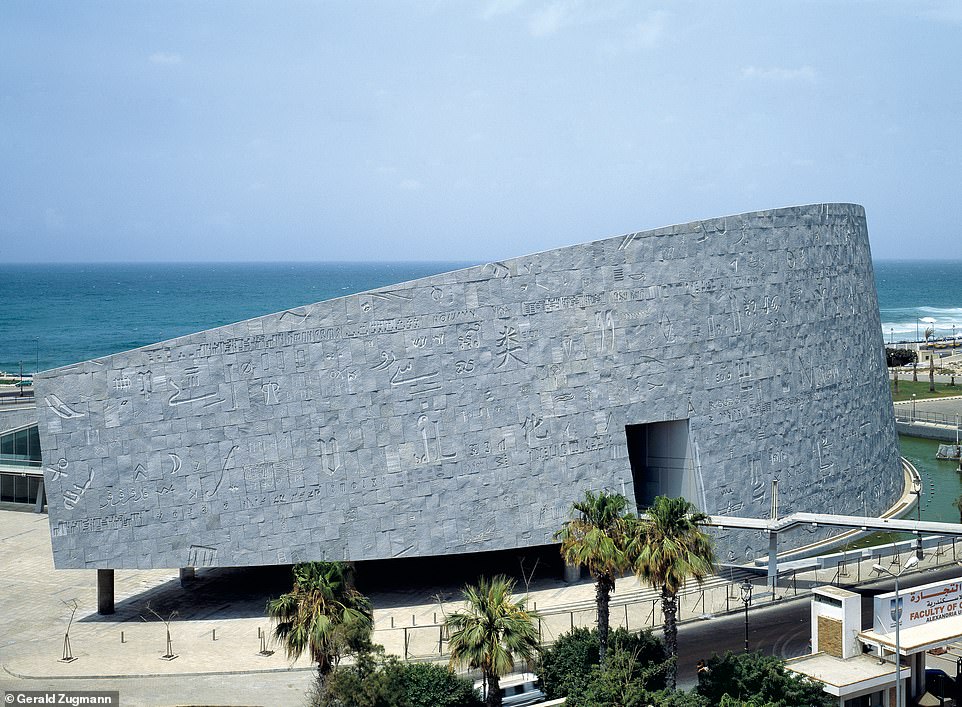 The Bibliotheca Alexandrina is a vast library and cultural centre located in the Egyptian city of Alexandria on the Mediterranean coast. The 11-storey building opened in 2001 and harbours over 6,000 square metres of hand-carved stone 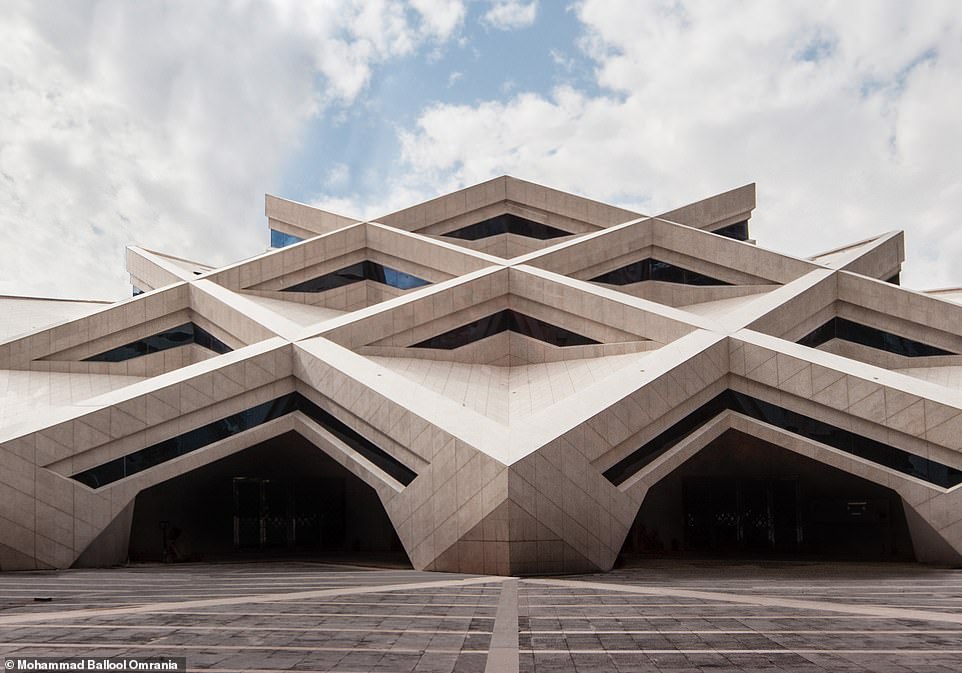 The King Abdullah Financial District Grand Mosque opened in the Saudi Arabian capital, Riyadh, in 2017. It has been designed to resemble a desert rose and can accommodate 1,500 worshippers 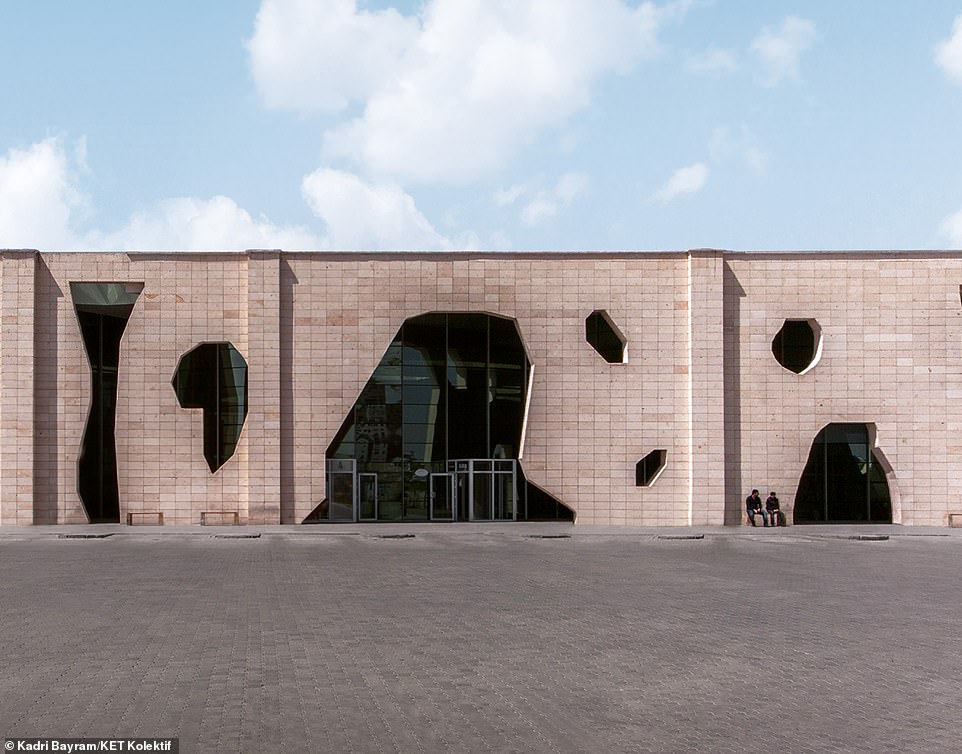 The Nevsehir Bus Terminal in Nevsehir, Turkey, opened in 2010 and has a huge stone wall facade, with a glass and steel structure behind it. The inspiration for the wall is said to be the towering boulders of Cappadocia 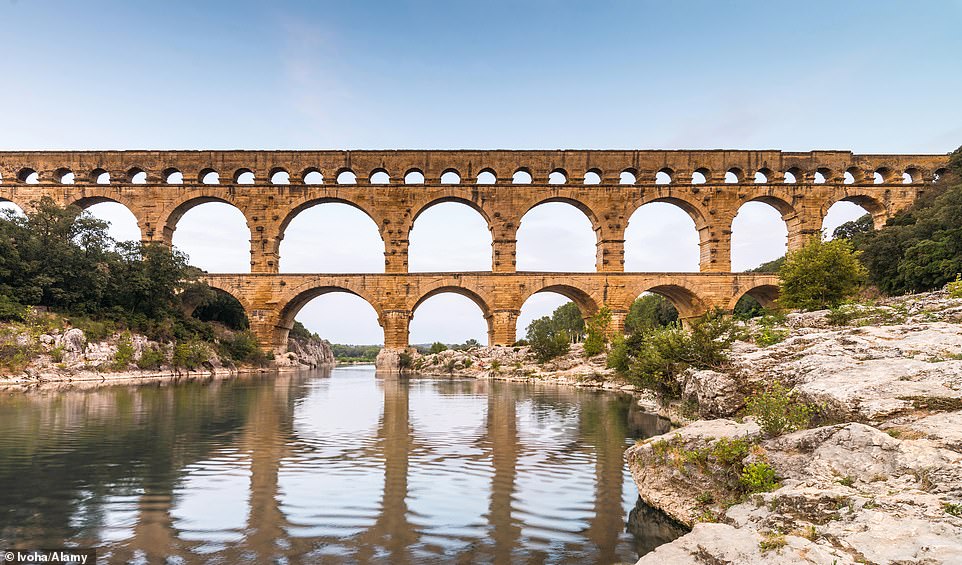 Pont du Gard is a 35-arch Roman aqueduct that straddles the Gard river, around 14 miles from the city of Nimes, that dates back to the first century. It delivered around two million litres of freshwater to Nimes every day. After the fall of the Roman Empire it was used as a toll bridge. The bombastic structure, which is 165 feet high and 900 feet wide, is now one of the top five tourist attractions in France 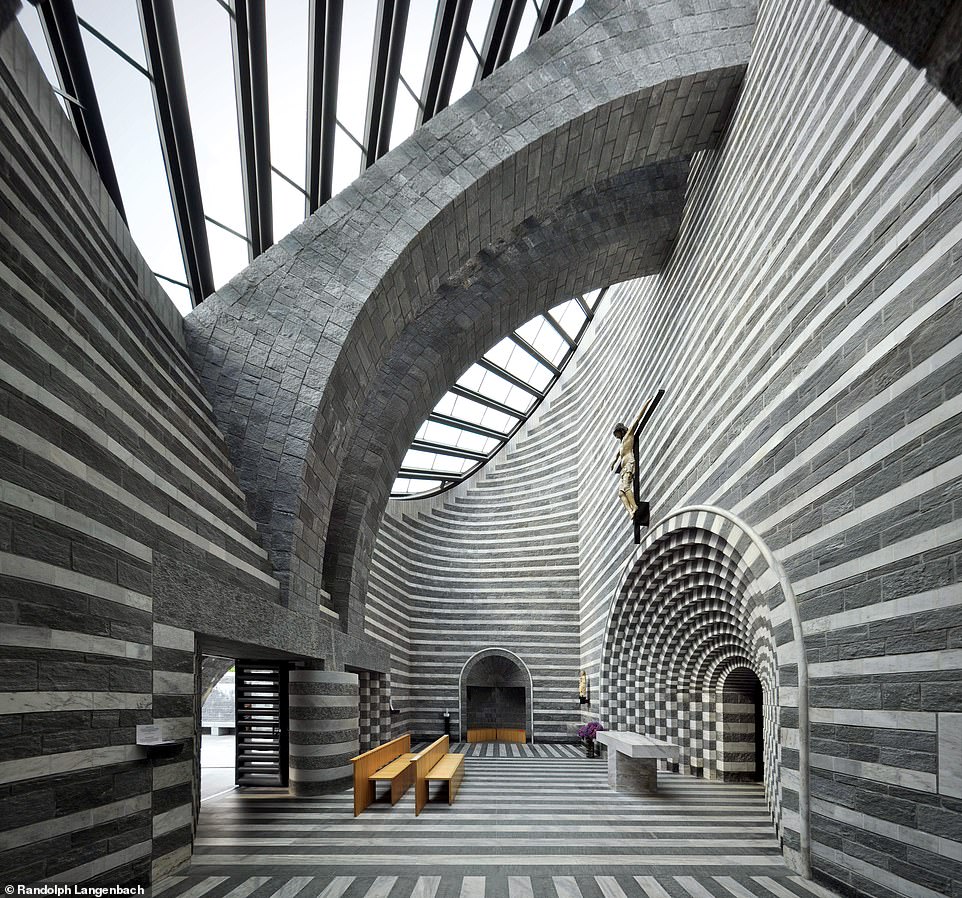 The Church of San Giovanni Battista is located in Mogno, Switzerland. It was constructed in 1996 to replace a 17th-century church that was destroyed in an avalanche in 1986. The main feature of the church is the alternating layers of white marble and dark gneiss 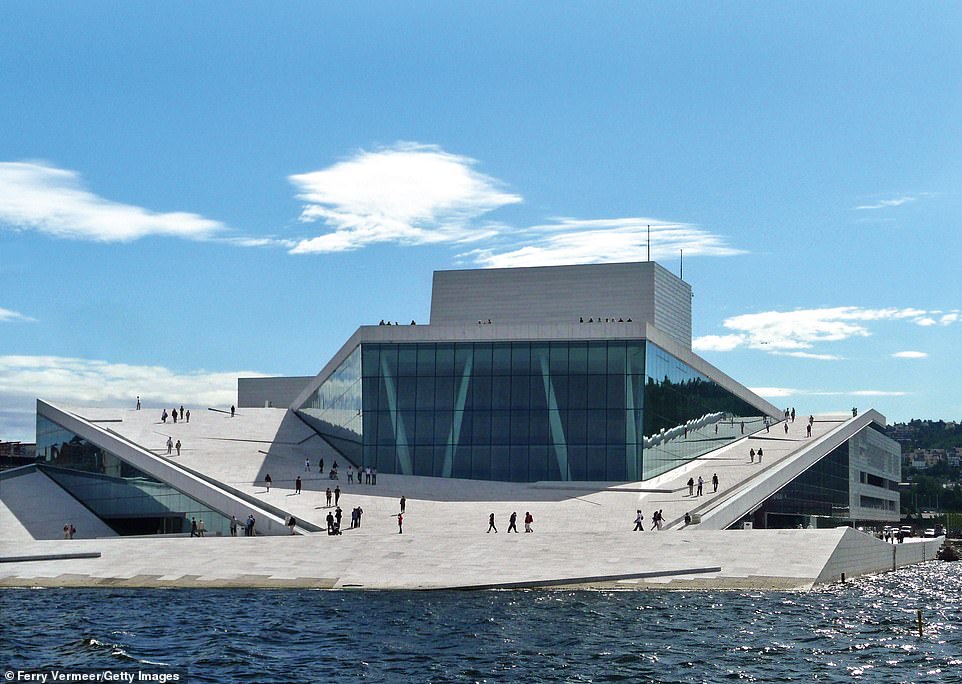 The Norwegian National Opera and Ballet, which opened in 2008 in Oslo, was designed by architecture firm Snøhetta. The angled exterior of the building is made with Italian marble and white granite, so it appears to be rising from the water 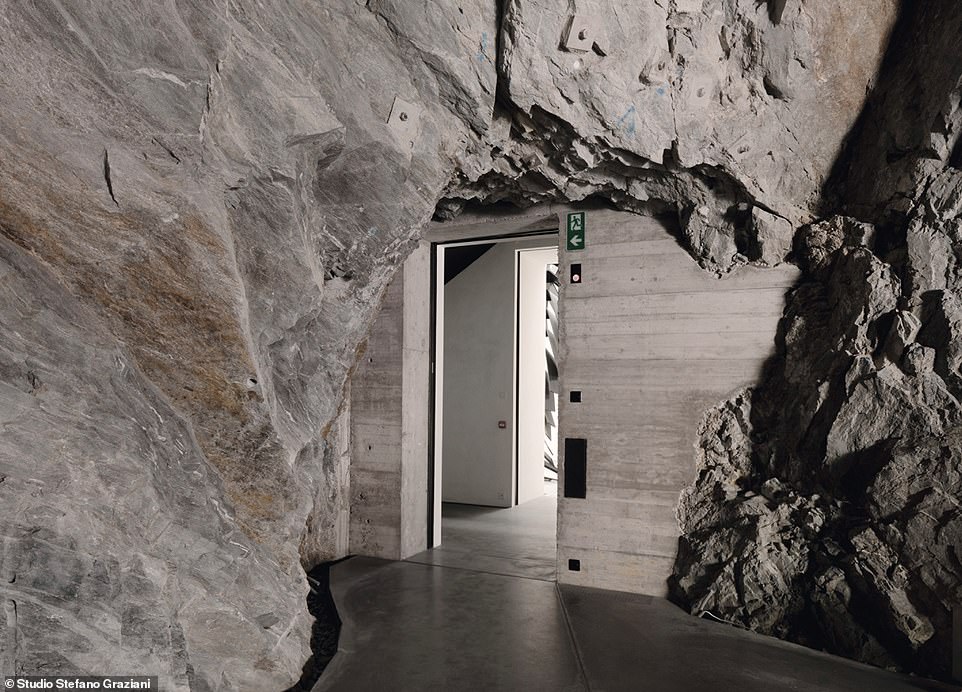 Muzeum Susch in Susch, Switzerland, is an art museum inside a restored 12th-century monastery that was excavated into the side of a mountain. Inside there are exhibition spaces that are linked by grotto-like tunnels 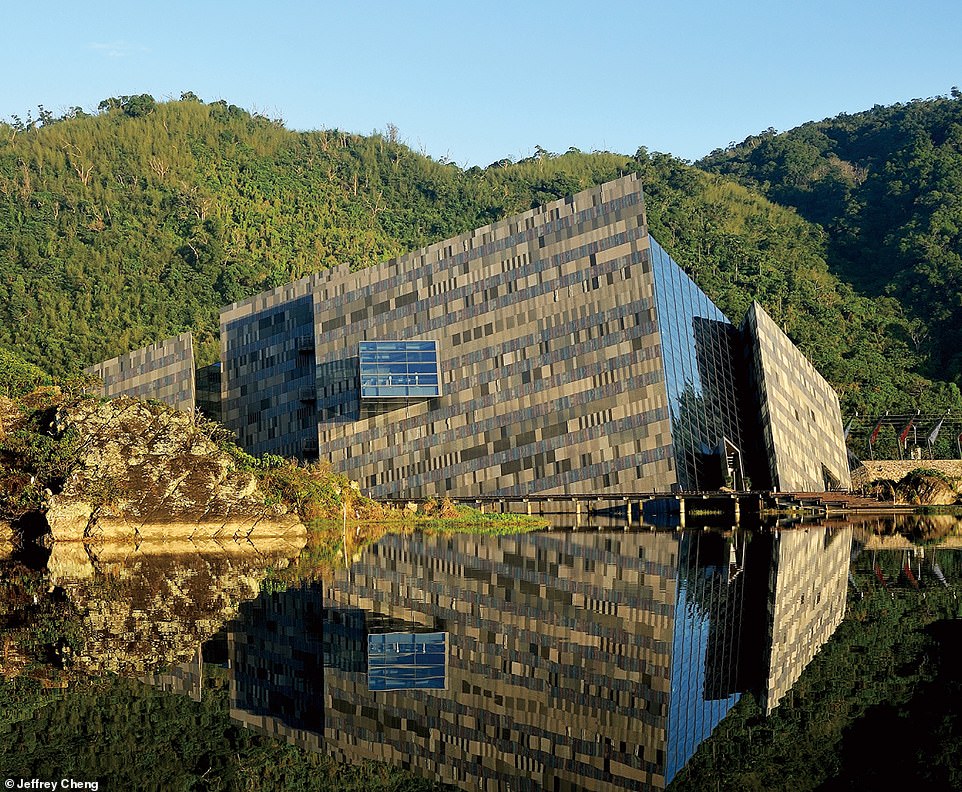 The Lanyang Museum is located in Yilan County, Taiwan, and was built using a mixture of locally sourced granite and aluminium. Author William Hall writes: ‘Its jagged pyramidal form emerges from the wetland and shore, aping the cuesta rocks of Taiwan’s northern coast’ 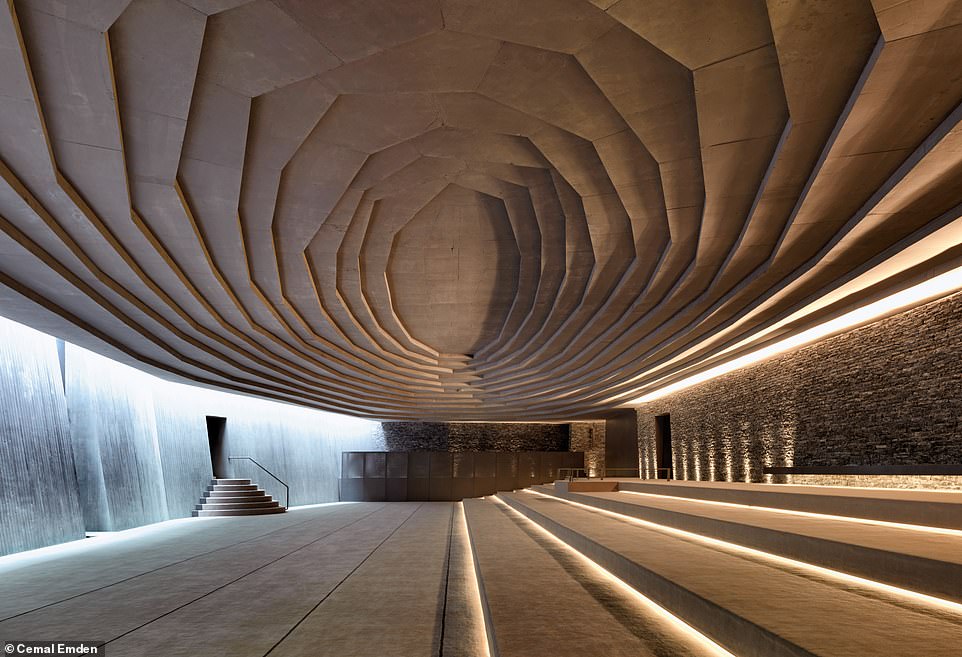 The Sancaklar Mosque is a semi-submerged building in Büyükçekmece, Turkey. Completed in 2015, it was built using a mixture of light grey stone and reinforced concrete 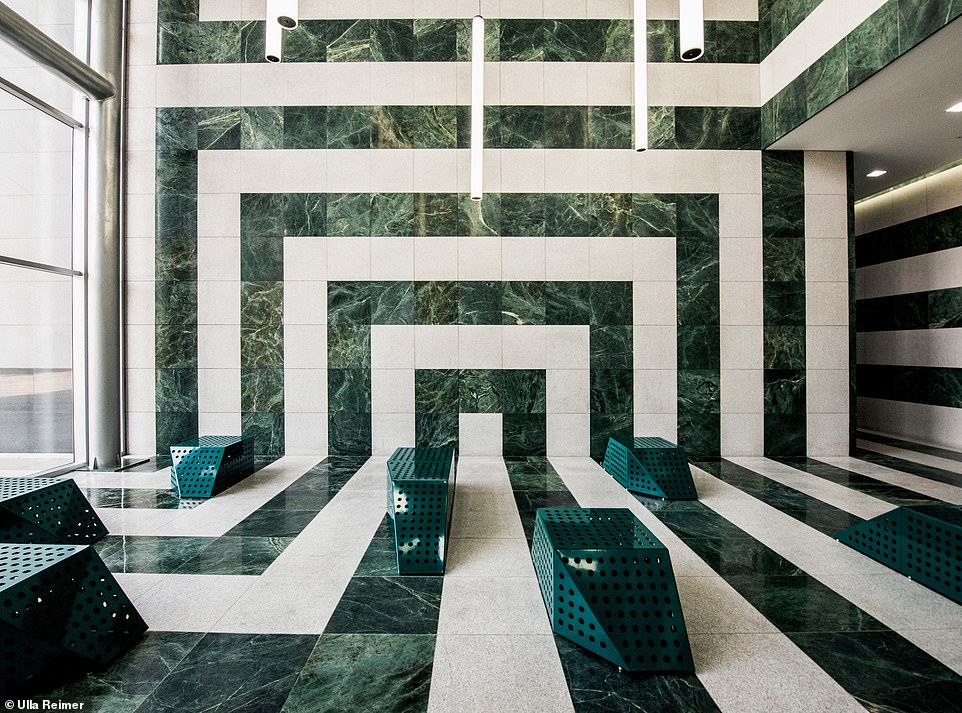 The lobby inside the O’biz Tower, an office building in Anyang, South Korea. To create a geometric effect, designers used both green-oriental marble and grey granite 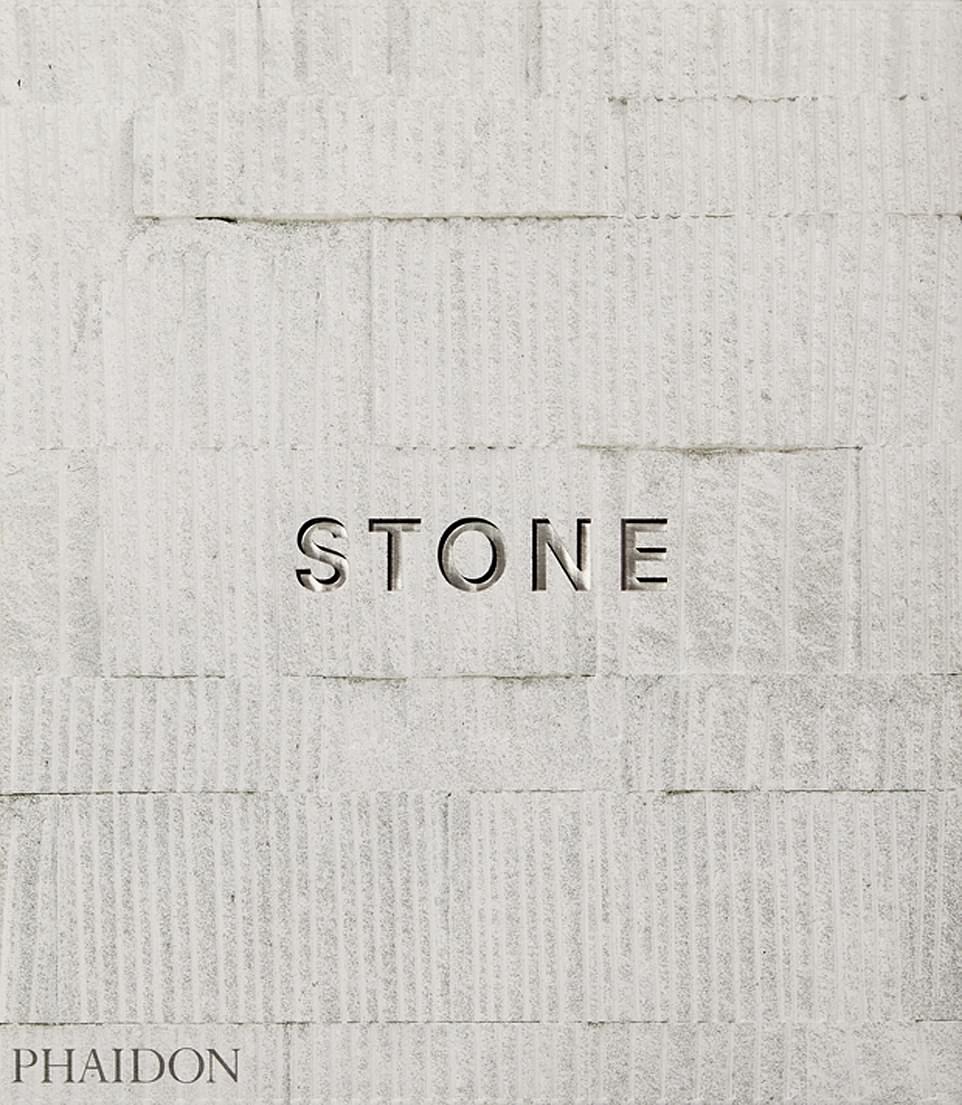 Stone by William Hall, which is published by Phaidon, is available for £29.95 from phaidon.com