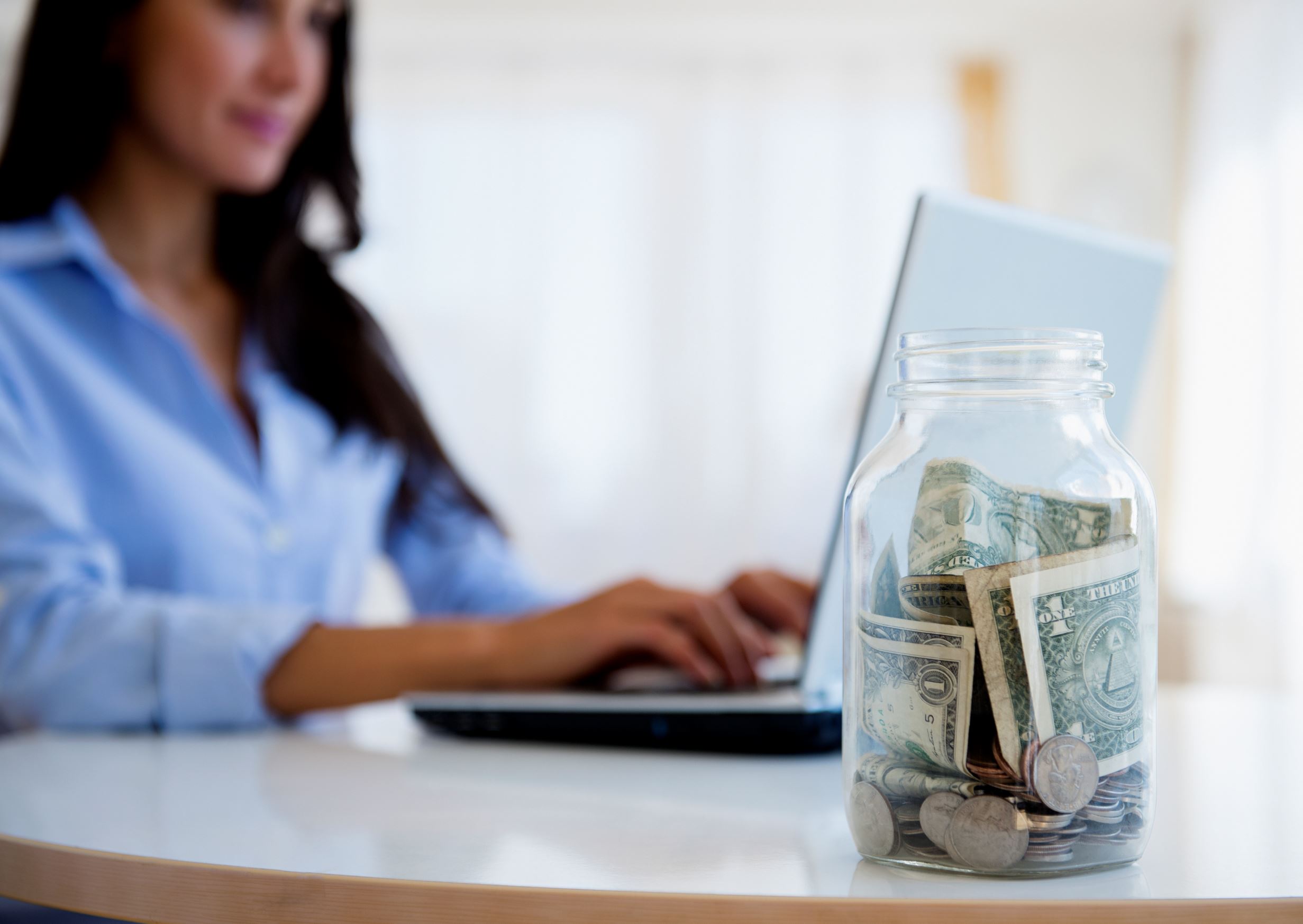 It’s been a week filled with reminders of all the hotels your travel-weary self capitulated to and gave your email. Day after day, rafts of notes from hotels large and small have poured in updating you on their plans during the pandemic. While they largely tried to strike a resilient tone, in interviews with owners, managers, and employees around the world, the picture is looking bleak.

Just a couple months ago, the hotel industry’s story was one of growth and optimism. It survived the much-heralded death blow that industry-changer Airbnb was supposed to deal a few years back. (In large part because the tourism pie they shared was one of the biggest growth markets worldwide in the last decade.) Any major destination had a half-dozen hotels that had just opened and as many or more opening soon.

Now, the industry in the States alone is seeking $150 billion in bailout money from the federal government, with the head of the American Hotel & Lodging Association Chip Rogers declaring the pandemic, “already has had a more severe impact on the hotel industry than 9/11 and the 2008 recession combined.” STR, the hospitality data firm, released figures showing that last week saw steep drops in occupancy and rates in major destinations including San Francisco, New York City, and Seattle. This week will be significantly worse. Marriott, which employs 130,000 people in the U.S. alone, announced it will begin cutting hours and furloughing employees. (Many employers, at least stateside, will have to decide between the benefits for employees of furloughs—keeping health care—versus layoffs with unemployment benefits.)

But, obviously, it is not just the U.S. that is suffering from the effects of the novel coronavirus. When I was in Bali just a month ago, the devastating effects of an economy built around tourism (an estimated 80 percent of the population works in the sector) and specifically Chinese tourism were evident. According to the French Ministry for Europe and Foreign Affairs, there’s already been a 50 percent decrease in bookings compared to last year for the months of April and May for France. And in Italy, a mega-destination for centuries for the world, a total prolonged shutdown will have lasting effects that are too soon to gauge.

“If I stop and think about it, it’s scary,” writes Sara Maestrelli, whose family owns the storied Grand Hotel Minerva in Florence among other properties throughout Italy. In her email to The Daily Beast, she describes how the situation unfolded, noting, “As you know, Grand Hotel Minerva is one of the oldest (if not THE oldest) hotels in Florence. It is 151 years old this year and it had never closed. Seeing it empty was surreal.” And in a sequence of events that is likely now familiar to hotels across the U.S. and will likely become more familiar to hotels worldwide, “everything happened so fast.” First, cancellations started to roll in, then occupation plummeted (not seen since the Gulf War, she says) as measures to contain the virus became ever more strict. And then, on March 11, the hotel closed and the final guest checked out.

March 11 also marked a major turn here in the United States. That evening, President Trump gave an address from the Oval Office addressing the coronavirus amidst a shift in the administration’s approach from one of downplaying concern to introducing jolting countermeasures like a ban on visitors from Europe. In interviews with a number of individuals across the U.S. hospitality industry, that is the night everything changed.

“For about a week [before the address] we fielded a lot of phone calls from guests worried about traveling to the mountains, but the morning following his address was when the cancellations started pouring in,” writes Matt Tabor, general manager of the Vail-area hotel The Inn at Riverwalk. Before, “guests were still coming for their ski vacations and things still felt relatively normal. The President’s address, coupled with the stock market’s response on Thursday, felt like it was the traveler’s tipping point.”

The property still has guests, although they are “mainly guests who are passing through the area and need a place to rest until resuming their journeys,” says Tabor.

Trump’s address came as I was one of those same people last week, working my way back across the country to the East Coast by car after a winter out West. Before the address, the hotels we stayed at felt no different than at any time I’ve traversed the country. After it, on the final two days, signs were posted everywhere and one front desk attendant at a relatively new La Quinta Inn & Suites expressed fear that she would be out of a job soon.

At the Deer Valley Resort, a premier ski destination worldwide, one member of the guest services team I talked to over the phone also said March 11 is when everything changed, and overnight cancellations rolled in by the dozens. Now, at a time when they would normally have several hundred guests, there are just around 50.

And as for those guests still there?

“I think they’re pretty bored,” she says. “I think most of them are leaving. None of the restaurants here are open. None of our food and beverage outlets are open. The only option for them is in-room dining or grocery shopping.”

Which mirrors the situation at many hotels around the country that I’ve called from Washington, D.C., to Los Angeles. And even if there’s snow, the guests can’t go enjoy it because the state closed the slopes, she says.

“It is absolutely strange to see so much powder on the mountain and the lifts not operating,” Tabor tells me over email. “It should be Spring Break right now and normally the Vail Valley would be bustling with tourists, but the few tourists that are here seem to be respecting the need to shelter in place.” And while resort towns are used to huge seasonal swings, “now we are headed into uncharted territory,” he declares.

Which is a reminder that one of the biggest ripple effects in the American economy will be on the millions who work in hotels.

“I mean, it’s just, it’s tough,” sighs the Deer Valley employee. “We’re all looking to pick up hours, but there’s just no work to be done. Half of my team is at home or taking paid time off. Or just decided to start collecting unemployment when all our seasonal employees are gone, all our international associates had to leave because of travel restrictions, some of them can’t get home. It’s pretty messy.”

Hospitality industry associations estimate that if this pandemic and the measures required to contain it go on, that roughly four million Americans employed in the industry could lose their jobs. And while the big names will undoubtedly make the biggest splash in newspapers as they close and furlough or lay off thousands all at once, smaller hotels across the country will face agonizing and often bitterly personal choices about their staff.

“This hotel employs a small team of about 20, and I think we are in a better position to take care of our employees than the larger hotels in the area that have a big overhead of staff,” Tabor writes. “Because of this I feel confident that we will not have to make significant staff changes at this time and want our employees to feel confident that we will do everything to support them through this. We know that is not the case for every hotel at the moment, so we feel very fortunate at this time.”

Even in places where the coronavirus isn’t currently making news, its effects are felt. Even though no cases have been recorded in Libya, one hotel worker I talked to in Tripoli said that a government mandate to hold off any social activities for two weeks because of the virus has caused losses. (Most of the revenue for the hotel, he says, came from events, weddings, and meetings as tourism has been nonexistent for a while.)

In Lima, Peru, one hotel manager I talked to who works for a major hotel chain told me that they are down to 20 percent occupancy and the only tourists left in the hotel are ones who can’t go out because of cancellations. Additionally, some floors have been locked down should a guest test positive or one arrive that needs to be quarantined.

That scenario may be the future of a lot of hotels should the situation deteriorate rapidly in the U.S. and hospitals be overwhelmed.

For example, Tabor writes, “We are also currently in talks to provide rooms to medical professionals and first responders. Those plans are not final, but our valley is seeing a need for beds for the professionals traveling in to help. Since we have the infrastructure and the housekeeping staff to help keep those folks safe we would love to help protect the spread of COVID-19 in our county by giving them a place to sleep.”

In her dispatch to The Daily Beast from the heart of the new coronavirus epicenter, Italy, Maestrelli struck a brave tone that many of us have seen daily on social media from Italians all over the country. “We all sincerely hope that our efforts will prove effective and that we will be able to enjoy our wonderful world again sooner than we think!!” she writes, even though, should Italy end up successful at beating back the virus, it’s unclear when other countries’ restrictions would be lifted to save tourism. And so in this place, visited by so many for centuries, life is bizarre. “To shut everything down and lock yourself at home? Who could have imagined.”

WATCH: Drone video of an empty Los Angeles (provided by The Washington Post)