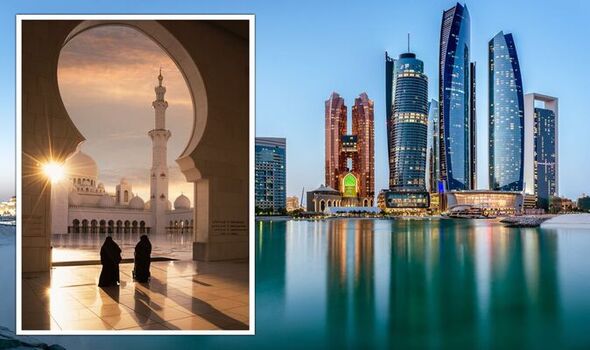 Abu Dhabi topped the rankings when it came to health and wellbeing with expats rating it very positively.

The city got the highest scores for both availability of healthcare and the quality of its medical care.

In Abu Dhabi, which is part of the United Arab Emirates, it is a legal requirement to have health insurance.

There are private hospitals, many of which have state of the art facilities, and are popular with expats.

Healthcare can be expensive in the UAE but it is of very high quality with surgeons and doctors from around the globe.

Expats also found it easy to settle in Abu Dhabi with three in four describing the local population as friendly.

A British expat said: “The local Emiratis are welcoming, helpful and friendly.” The city was ranked in the top 10 best cities for expats in the world.

Abu Dhabi was also ranked as very safe by expats and has a very low level of violent crime.

However, expats were less happy when it came to career opportunities and wage growth in Abu Dhabi.

Although three in four expats thought that moving to Abu Dhabi has improved their career prospects, 31 percent thought they were paid unfairly for their work.

Abu Dhabi is the second biggest city in the UAE, behind Dubai, and has a population of around 1.5 million.

The cost of living in Abu Dhabi is fairly high and it’s the second most expensive place to live in the Middle East after Dubai.

A one-bedroom apartment in the city centre can cost as much as £1,088 according to Cadogan Tate.

British expats will need to get used to the city’s laws if they want to move to Abu Dhabi. UAE residents can only drink alcohol at home and in licensed venues.

Women will need to dress modestly in public areas such as shopping malls and swimming attire can only be worn at the beach.

There is zero tolerance for drug offences and even e-cigarette refills could contain banned ingredients.