Pictured: The stunning golden roof that’s set to be an eye-catching feature of the HS2 terminal at London Euston

Designers hope that the ‘innovative’ structure will be an ‘identifying feature’ of the north London station, HS2 Ltd said.

Its design will maximise the amount of natural light that reaches the concourse below. 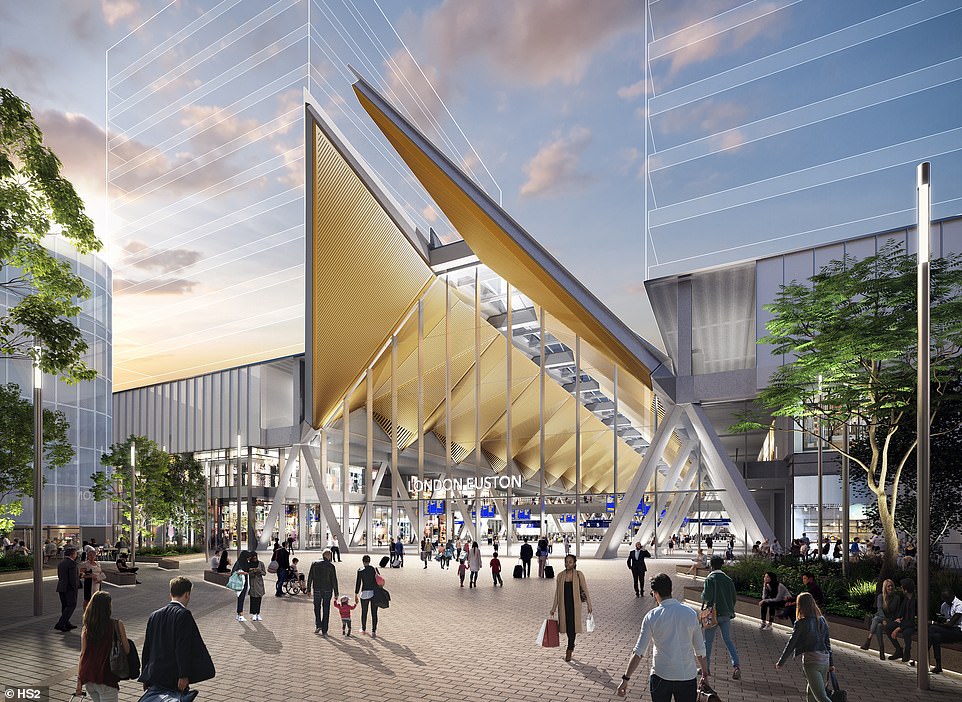 HS2’s Euston station will feature a gold roof under new plans for the high-speed railway’s London terminus. Above is a rendering of the southern entrance to the station

Declan McCafferty, lead architect for HS2 at Euston, said computer-generated images of the roof appear ‘either bronze or gold… depending on which screen you look on’.

Mr McCafferty, a partner at Grimshaw Architects, said that anodised aluminium – which is aluminium that has been treated to become more durable and can change colour in the process – could be used for the roof to ‘bring a little bit of warmth’.

The roof will ‘rise up in the centre to create a really dramatic vaulted form’, he explained.

‘The roof height is to encourage natural ventilation. It pulls the warm air out of the station and naturally ventilates the passenger spaces below.

‘It has reflectors on either side which reflect light down deep into those passenger spaces. 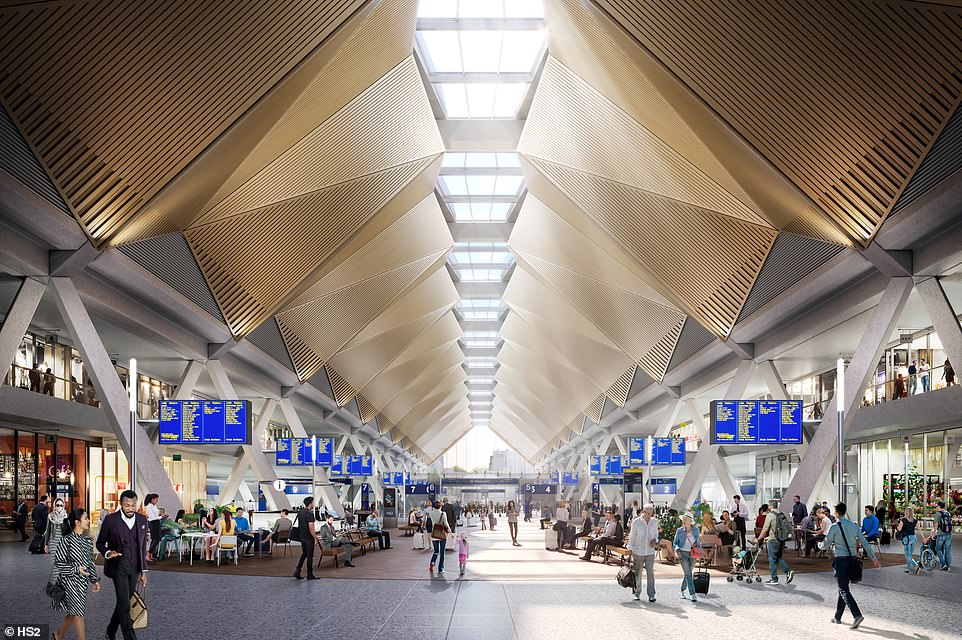 ‘In as low-carbon a way as possible, it’s about creating the best environment for users of the station.’

HS2 told MailOnline Travel that it has a target range for the completion and opening of the terminus between 2031 to 2036, which it is on track to deliver.

Andrew Stephenson, HS2 minister, announced in October last year that the number of HS2 platforms at Euston will be cut from 11 to 10 following the recommendations of the Government-commissioned Oakervee Review to save money and improve efficiency.

HS2 intends to maintain planned peak frequencies of 17 trains per hour at the station despite the reduction in platforms, but some rail experts have warned this will affect punctuality. 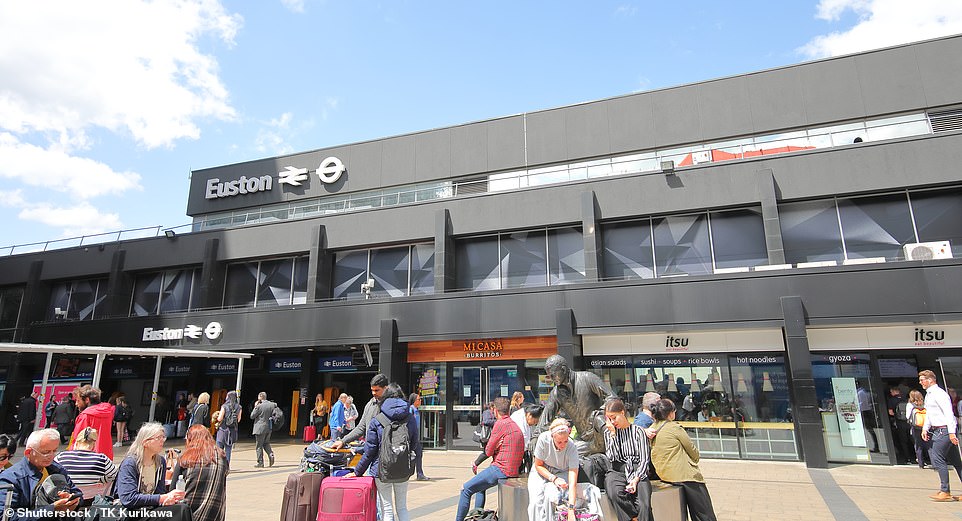 ‘The arrival of HS2 at Euston provides a once-in-a-lifetime opportunity to create an iconic destination in the area,’ said the HS2 minister

The updated plan means the redevelopment of Euston will be completed in one stage, rather than two.

Mr Stephenson said: ‘The arrival of HS2 at Euston provides a once-in-a-lifetime opportunity to create an iconic destination in the area, that will help us build back better by growing not just the economy of London but that of the UK.

‘This station will not only benefit the local community by enabling the comprehensive redevelopment of the area but will serve as a transport super-hub acting as a gateway to the Midlands and the North – enabling us to deliver better railways across the nation sooner than under previous plans.’ 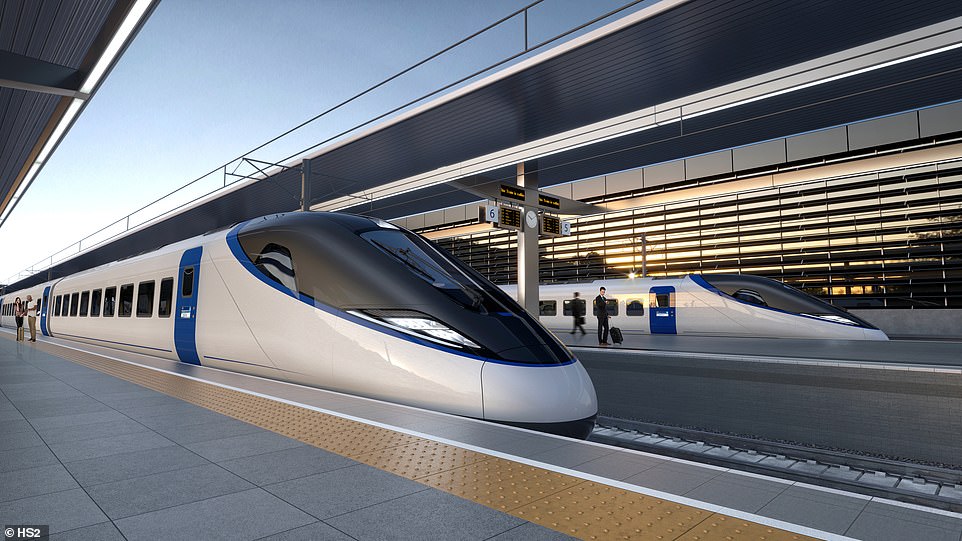 Above is a rendering of the high-speed trains that will run on the line. HS2 intends to maintain planned peak frequencies of 17 trains per hour at the Euston terminus 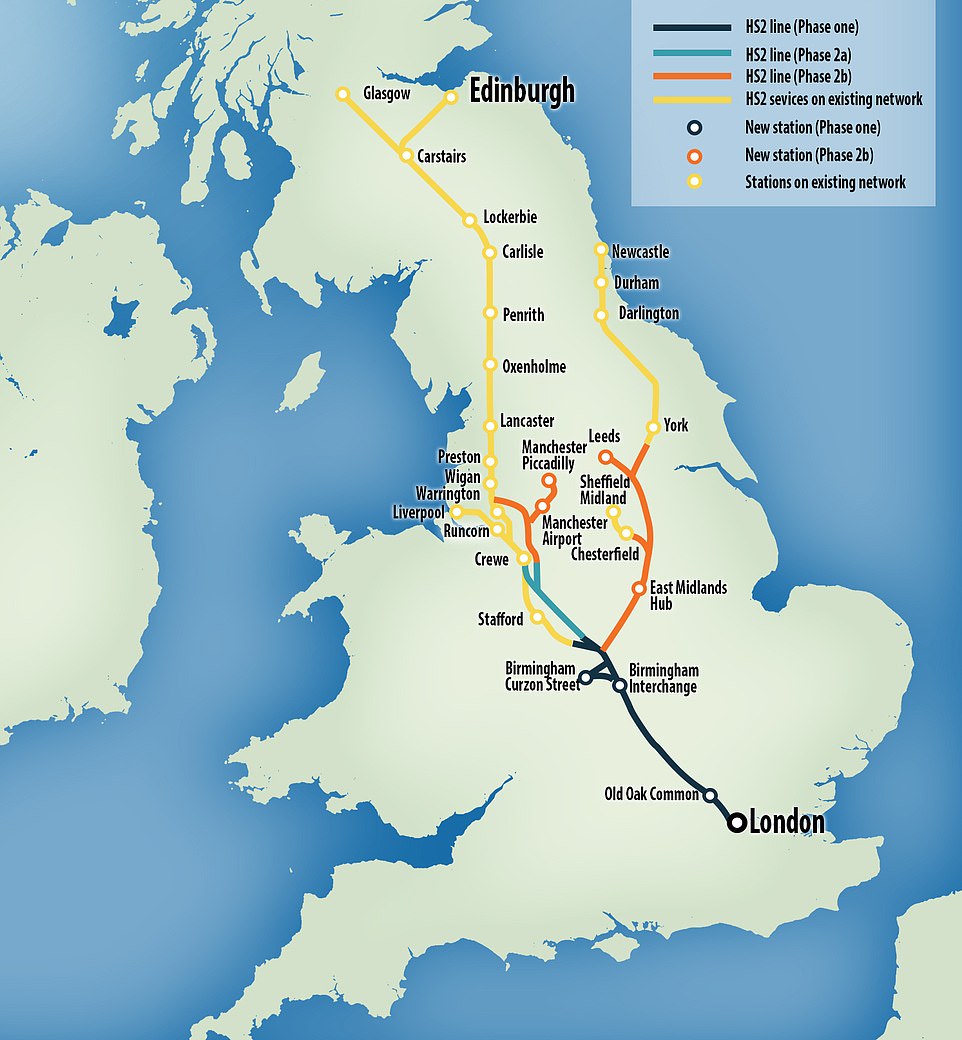 The HS2 high-speed rail line route. HS2 says that it’s on track for the completion and opening of the Euston terminus between 2031 to 2036

HS2 Ltd’s Euston area client director, Laurence Whitbourn, said: ‘HS2’s London Euston station is one of the most complex parts of the HS2 route, situated in a densely populated residential area and adjacent to a busy operational railway.

‘HS2 Ltd is absolutely committed to getting Euston right, engaging with the local community and stakeholders as we continue to progress our designs.

‘With the arrival of HS2, Euston is fast becoming one of the largest transport-led regeneration projects of the 21st century.

‘Across a site of over 60 acres, we have the unique opportunity to work with stakeholders and partners to create a new piece of the city, creating thousands of jobs, new homes and areas of green public space.’ 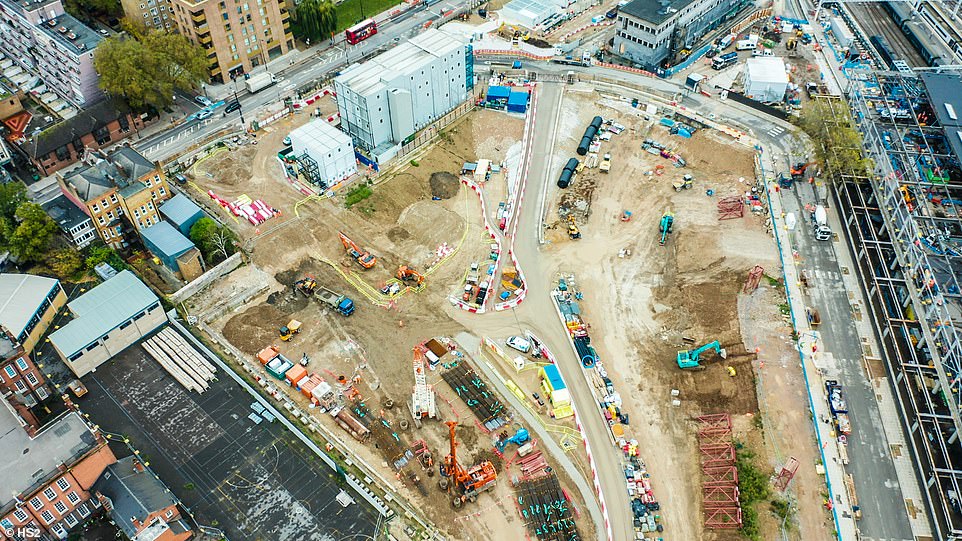 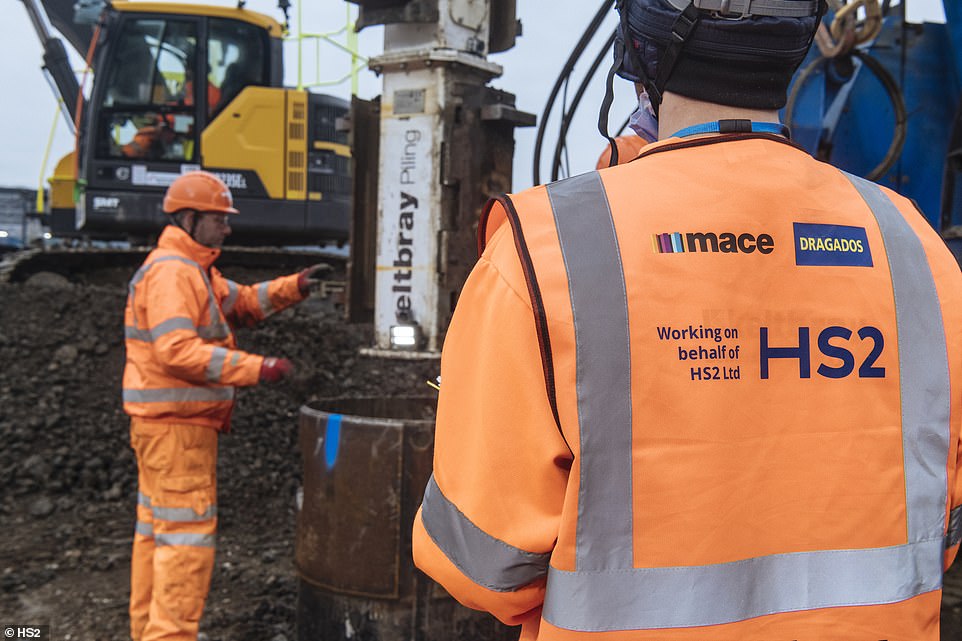 ‘HS2’s London Euston station is one of the most complex parts of the HS2 route,’ a spokesperson said

Meanwhile, last week the HS2 minister said that he was ‘concerned’ at the rate of the high-speed railway project’s cost increases.

Stephenson expressed his unease as he told Parliament that HS2 Ltd drew on an extra £500million of its £5.6billion contingency funds between September 2021 and January 2022.

He said the Government-owned company is also reporting a £400million increase in ‘potential cost pressures’ – from £1.3billion to £1.7billion.

The total is partly due to additional design costs, slower-than-expected progress in some areas, and difficulties developing Euston station.