The Duchess of Cambridge travels the world frequently alongside her husband Prince William, and occasionally their three children, as part of her royal duty. Though she has been on a royal tour many times since their wedding in 2019, it was their initial royal tour to Canada that saw Kate win over the hearts of the nation in a very bold way.

Kate Middleton is renowned for her tour wardrobe, something she often aesthetically aligns with the cultures and practises of the nation she is visiting.

Indeed, this may have been a tradition she founded on the couple’s initial 2011 tour to Canada.

In a recent Channel 4 documentary, The Windsors: Secrets of the Royal Tour, the show’s narrator explains: “The week-long visit to Canada allowed the duchess of Cambridge to have a gentle intro to life on tour.”

However, it was her bold outfit choice that held symbolic meaning which touched Canadians and sparked “Kate mania”. 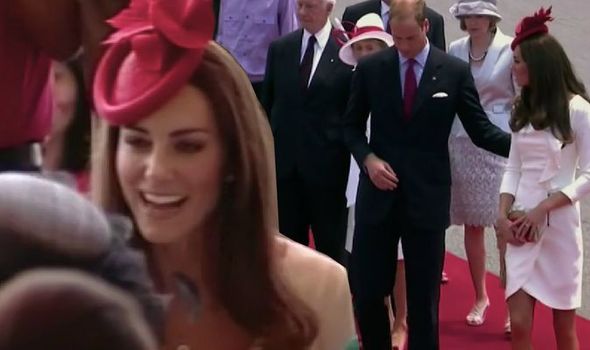 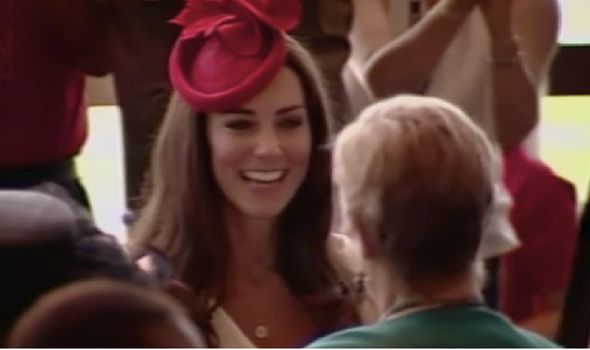 A news report featured in the documentary says: “For the occasion, Kate was wearing a hat adorned with a Canadian maple leaf. She has become an instant media sensation here.

“Kate mania has been added to the vocabulary.”

The hat was symbolic for Canadians, as she took the red colour from their flag, as well as their national leaf, and incorporated them into this small but incredibly meaningful fashion detail.

It is small, thoughtful details like this that Royal Commentator Richard Fitzwilliams says makes the Duke and Duchess of Cambridge such important foreign ambassadors.

He said: “There’s no question that the Duke and Duchess of Cambridge are much sought after as ambassadors abroad.

“They promote softer power and goodwill in Europe, but their first official tour to Canada was especially significant.”

In recent times, Kate has continued this type of fashion forward-thinking, taking into account traditions of the region she and Prince William are visiting, when planning her travel ensembles.

Recently in Ireland, the Duchess stepped out in a classic all-green ensemble to represent the country. 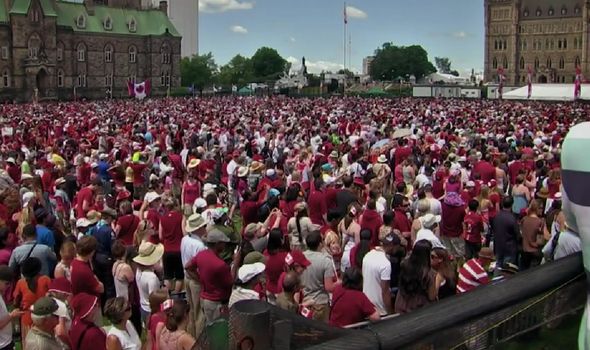 She wore a mid-length green gown which appeared to have a floral print.

The mother of three coupled it with an emerald dress coat and pointed heel shoes.

Towards the end of 2019, when she and William visited Pakistan, the Duchess similarly opted for a traditional outfit.

The Duchess was pictured wearing traditional royal-blue kurta, trousers and matching scarf as the couple visited the Model College for Girls in Pakistan’s capital.

The outfit is also believed to be from local designer Maheen Khan. 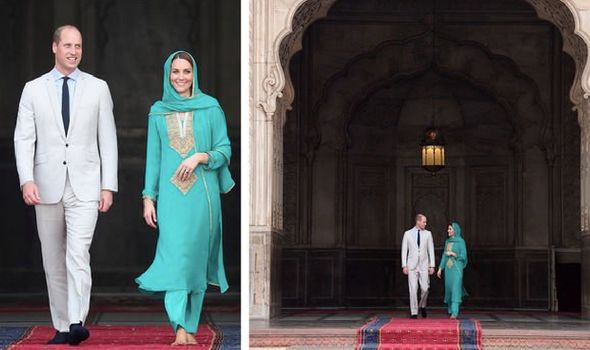 She was also photographed later at a mosque wearing a traditional teal and gold outfit with a headscarf as a mark of respect.

Royal family biographer Marcia Moody says that often this type of cultural dress is a specific requirement for the family.

In a piece for Town & Country she wrote: “Adhering to dress codes means that for some countries hemlines, sleeve-lengths, and necklines need to be considered.

“Women often pay respect to the country with a national flower or symbol incorporated into their clothing. Symbolic colours are chosen, significant jewellery decided upon.”