Revealed: Britons travelling abroad this summer will find that their pounds stretch further than a year ago in most major holiday destinations

Demand for foreign exchange is recovering after a prolonged lockdown slump, with sterling worth more against all major holiday currencies compared to August 2019.

That’s according to a new report, the Holiday Money Index of 2020, by Post Office Travel Money, which has been measuring exchange rate movements and foreign currency sales. The report also reveals the Post Office’s top 20-selling currencies for July (which cover the countries on the government’s current list of ‘safe’ destinations for UK travellers) – a ‘good indicator of which destinations are on Britons’ 2020 hotlist’.

The euro is at the head of this ranking followed by the US dollar and the Croatian kuna. Making the top 20 for the first time is the Vietnamese dong (ninth), potentially because Vietnam is the only Far Eastern beach destination named on the government’s travel corridor list, and the Icelandic krona (20th). 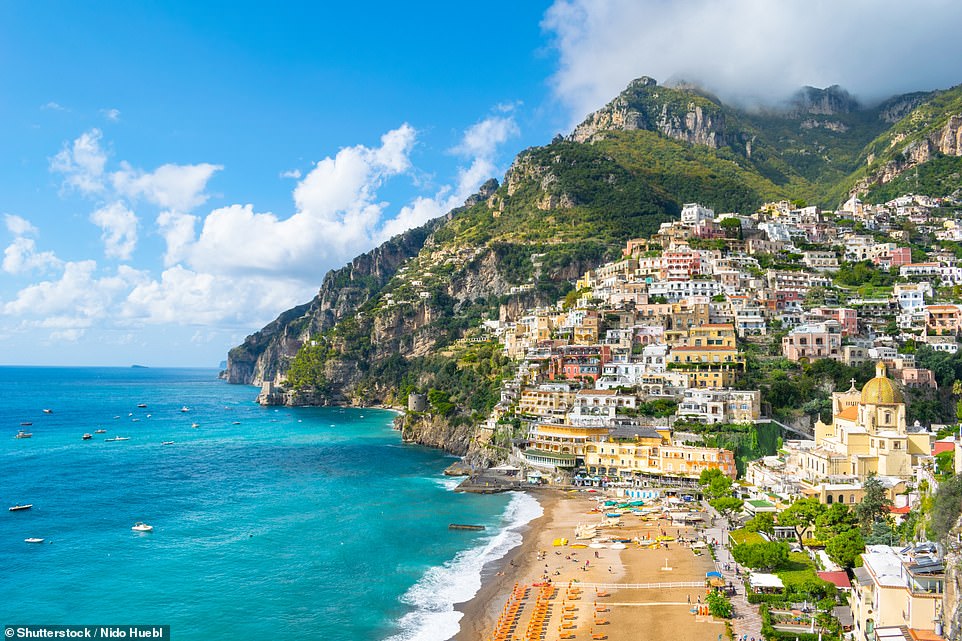 Demand for foreign exchange is recovering after a prolonged slump during lockdown, says the Post Office. Its top-selling currency in July was the euro. Pictured is the well-known European holiday destination of Positano in Italy 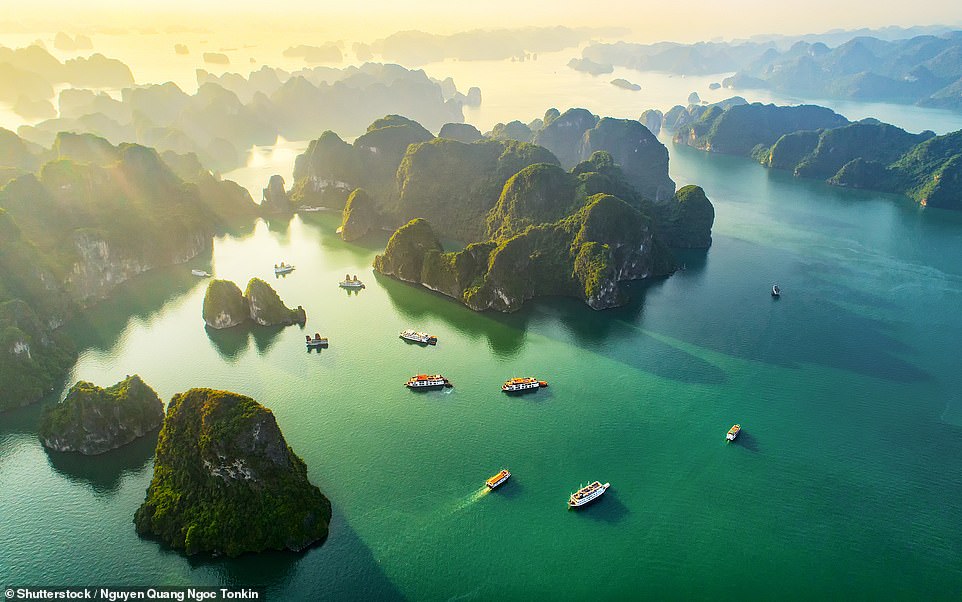 For the first time, the Vietnamese dong has made it into the Post Office’s top 20 best-selling currencies during July. Pictured is the famous Halong Bay, a Unesco World Heritage Site 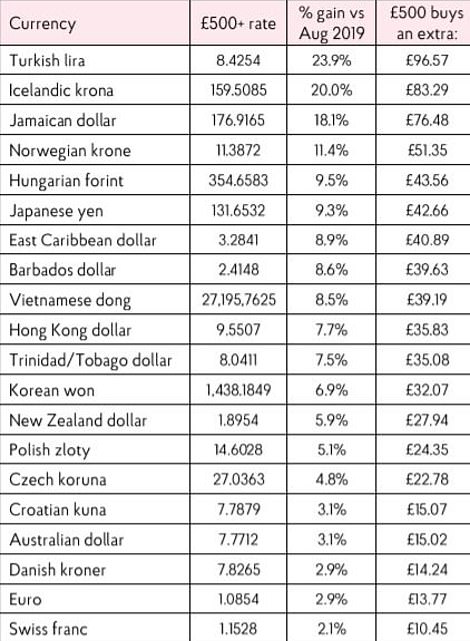 How Britons’ pounds will stretch further against most major currencies

The Post Office says that since earlier in 2020, before the Covid-19 pandemic took hold, its 20 fastest-growing currencies saw percentage rises of between 24 and 58 per cent.

Among those to show the biggest growth were the Turkish lira (54 per cent), currently fourth in the July top 20, and Scandinavian currencies, up by around 30 per cent.

The Post Office says their performance shows there is a firm appetite for overseas travel.

It adds: ‘This may bode well for travel later in the autumn once the current uncertainty over entry restrictions to individual countries and quarantine rules become clearer.’

Meanwhile, the Post Office says that exchange rates are likely to be a factor in deciding where to holiday abroad and reveals that sterling is stronger year-on-year against all 20 of the bestselling currencies whose countries are on the government-approved non-quarantine list.

The biggest gain of almost 24 per cent will be for visitors to Turkey, with £97 more to spend on a £500 transaction. Those visiting eurozone countries will have almost £14 more cash in hand.

For those holidaymakers who want to travel outside Europe, most of the Caribbean islands are on the government-approved non-quarantine list.

Their currencies are pegged to the US dollar and, with the recent plunge in the dollar’s value against sterling, visitors can expect significantly more cash for their pounds, says the Post Office.

In Jamaica, for example, sterling is currently worth 18.1 per cent more than last August, which means a gain of £76 in Jamaican dollars on a £500 currency transaction. 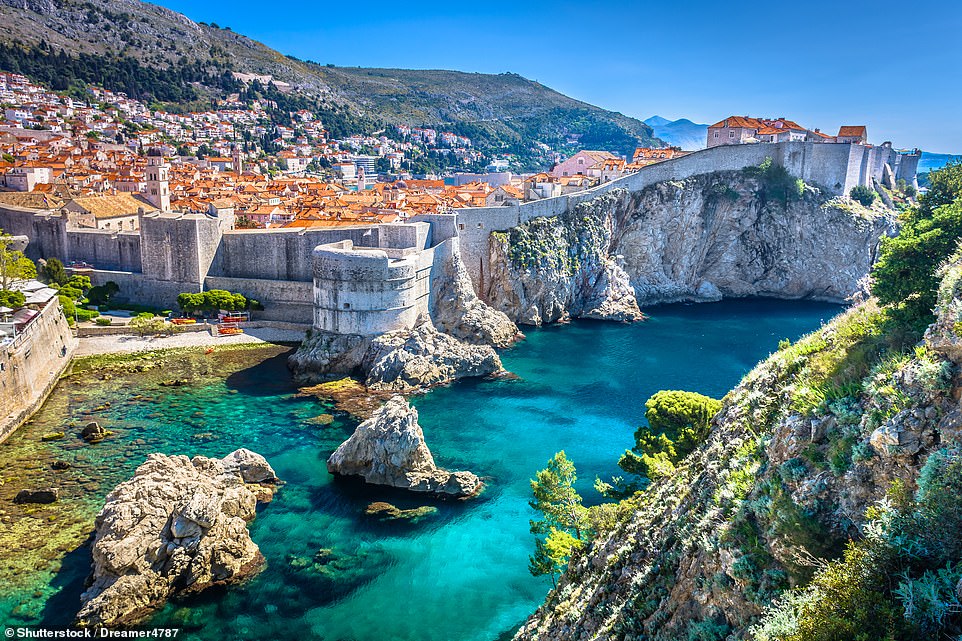 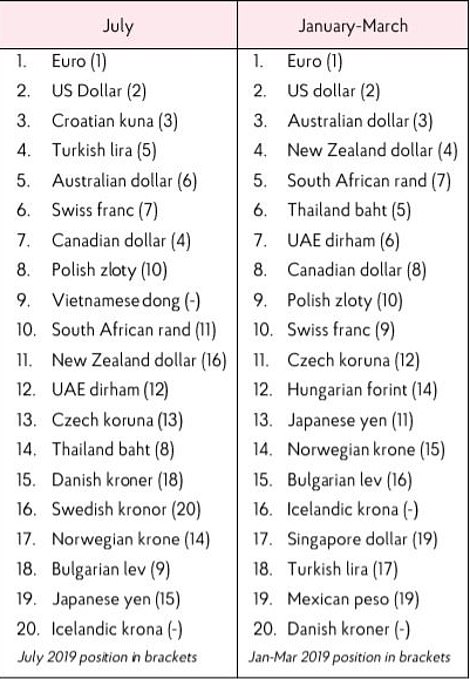 Holidaymakers visiting either Antigua or St Lucia will receive nearly £41 (8.9 per cent) extra on a £500 exchange, while those travelling to Tobago can expect to gain almost £41 (8.6 per cent) more.

The Post Office’s exchange rate analysis also reveals that sterling has recovered well from its 2020 low point going into lockdown in March.

Around 80 per cent of the top 20 currencies are stronger than in March, led by the Jamaican dollar, which has gained over 22 per cent in value since then.

In fact, all Caribbean currencies have seen double-digit percentage growth.

Less positively, the Post Office says sterling has fallen in value against 13 of the 20 bestselling currencies when compared with its 2020 high on February 14.

The Post Office has also noted that it has seen several shifts in currency purchasing patterns since the end of June, such as Britons taking more money abroad. 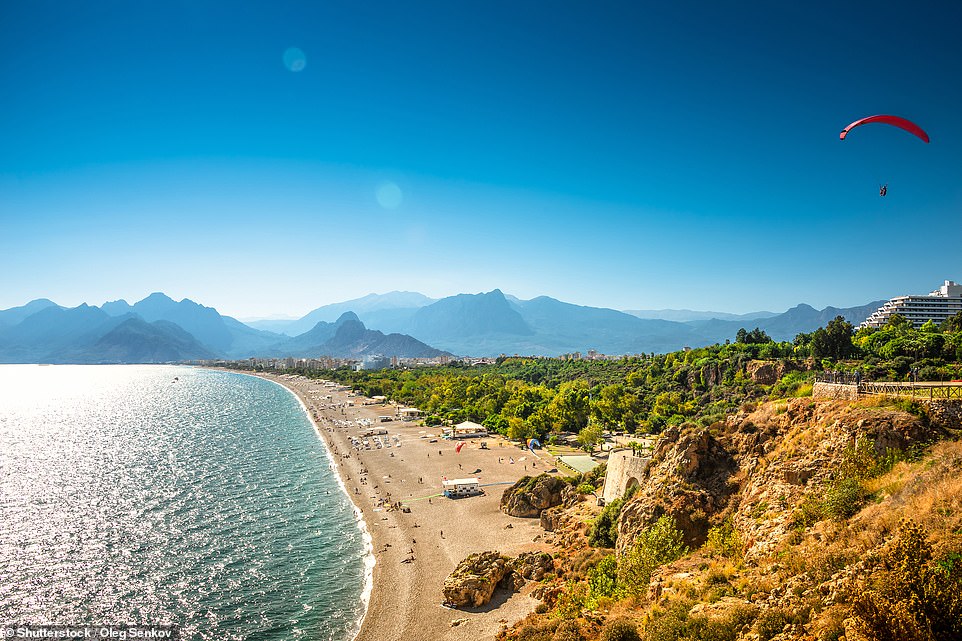 The fourth best-selling currency in July was the Turkish lira, says the Post Office. Sterling is up 24 per cent on the Turkish lira year-on-year with visitors to Turkey having £97 more to spend on a £500 transaction 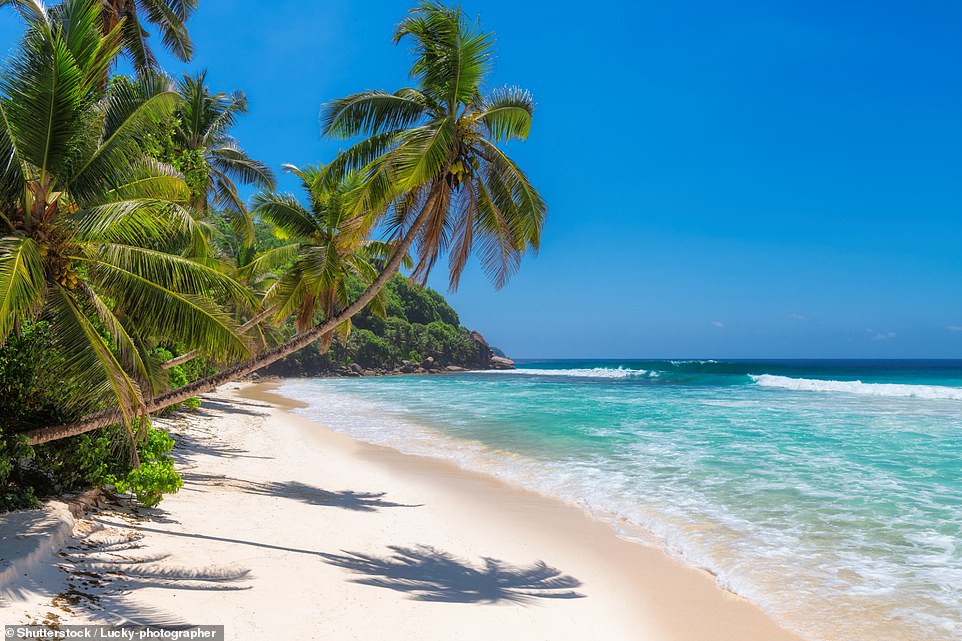 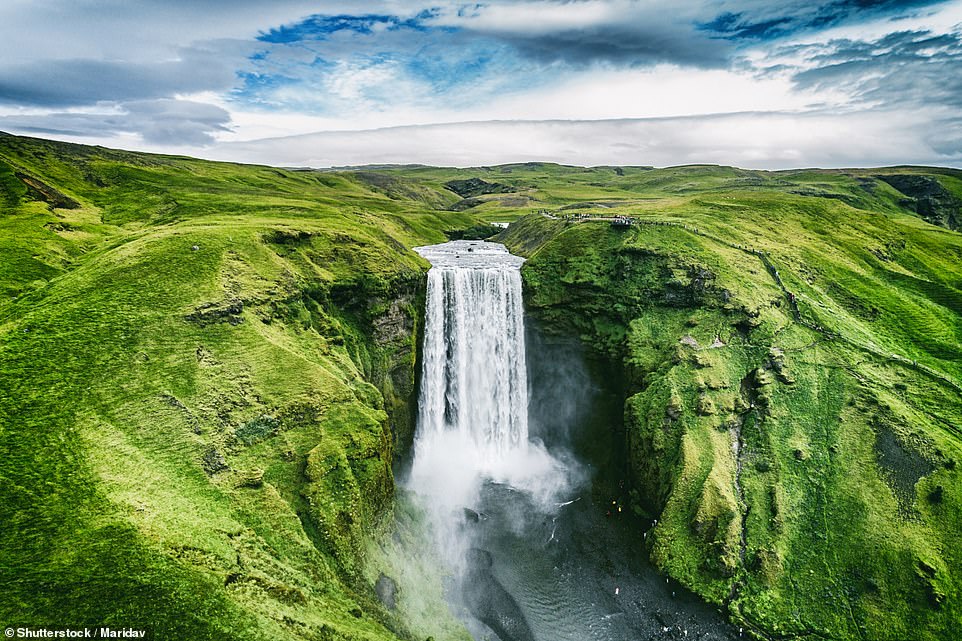 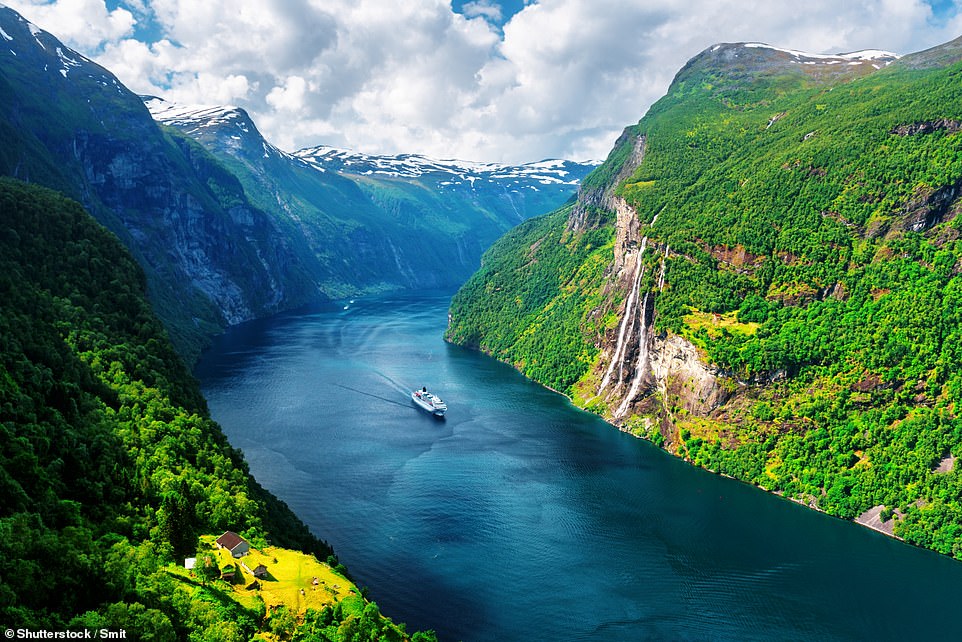 Post Office analysis shows that average currency transactions have risen 22 per cent year-on-year to £423 and are 42 per cent higher than before lockdown when they stood at £297.

Recent months have also seen a steady rise in the percentage of contactless transactions made on the Post Office Travel Money Card.

These have risen from an average of 50 per cent prior to lockdown to around 64 per cent now.

Over half (55 per cent) of Travel Money Card transactions are now euro-based – up from 35 per cent pre-lockdown. However, only three per cent are US dollar transactions compared with 14 per cent before lockdown.

Nick Boden, Post Office head of travel money, said: ‘It is great news that Britons travelling abroad this summer will find the pound in their pocket stretches further than a year ago in all the major holiday destinations currently cleared for travel.

‘Admittedly sterling has slipped from its high in February, but it has also recovered well from its lockdown low as our analysis of currency values now compared with earlier in 2020 shows. We do recommend that people planning to travel abroad follow FCO advice carefully.’