Under the Government’s traffic light system, countries with high vaccination rates and low prevalence of Covid variants will be deemed safe to visit. There has also been an increase in early bookings for countries that previously confirmed they are willing to accept British tourists this summer, such as Greece and Turkey.

Spain yesterday attempted to quell fears sunbathers must wear masks while on the beach at all times.

It said face coverings must only be worn when walking to the beach, or using communal facilities and outside restaurants where customers are eating.

ForwardKeys, which analyses booking data for the travel industry, said bookings on March 31 for outbound travel over the summer were at just 11 percent of levels seen at the same point in 2019 before the pandemic struck.

Other figures suggest people who are booking early are increasingly making tactical decisions and prioritising countries that are most likely to appear on the Government’s “green” list. 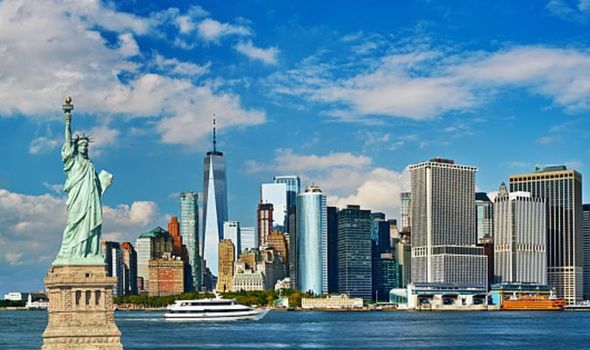 EasyJet said it had seen a rise in demand for travel to Israel and Malta over the past week. About 60 percent of adults in Israel and 40 percent in Malta have had at least one Covid jab.

TUI managing director Andrew Flintham said he was confident travel to Europe would be possible by mid-June.

“All these European countries are, to a degree, struggling with their rates at the moment.

“But we are still a significant period away from the summer season properly opening up. We are probably 11 weeks away.”