The charm of Belgium’s gentle gem: How to spend 48 hours in Ghent

Talk to any shopkeepers in this Belgian city and they’ll tell you they’re excited.

Excited because Ghent, a sleepy university city just 30 minutes from Brussels, is seeing a new wave of visitors charmed by its beguiling cobbled streets, Gothic architecture and laid-back atmosphere.

Once the seat of the Counts of Flanders, whose castle has been restored, the medieval city became known as the ‘Manchester of the Continent’ thanks to its buildings converted into cotton mills and its network of canals. 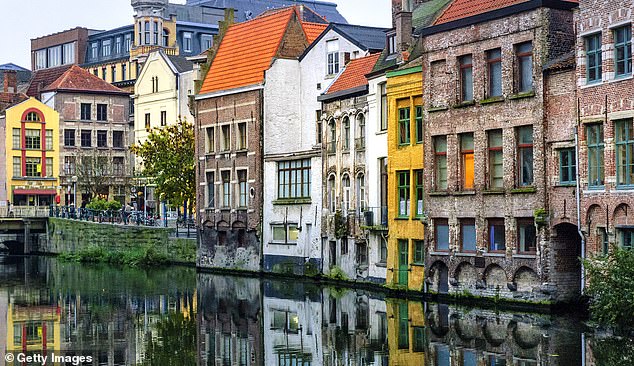 Oozing charm: Ghent is a sleepy university city just 30 minutes from Brussels and the Eurostar takes just under three hours from London, with a change. Above, the city’s canalside houses

Now its sustainable shops and Vegetarian Thursdays – where all schools and lots of eating places adhere to a plant-based diet – are giving Ghent a new lease of life.

Morning: Check in to 1898 The Post (zannierhotels.com), Ghent’s old Gothic post office, which is now a luxury boutique hotel beside the canal.

A self-guided cultural walking tour (visit.gent.be) is the most enjoyable way to see this small city. It’ll take about two hours and includes Patershol, a notorious slum in the 20th Century which has now been transformed into an upmarket neighbourhood with quaint restaurants and galleries.

Afterwards, grab a table at Le Bontaniste (lebotaniste.be), an organic, plant-based food and wine bar, just a few minutes’ walk from the cathedral, where I had delicious seaweed tartare and peanut butter cookies. For a more robust meal, try the Belfort Stadscafe (belfortfoodbar.com) which has more of a pub vibe and serves hearty fare underneath the outdoor Market Hall, sandwiched between the three towers in the heart of the city. 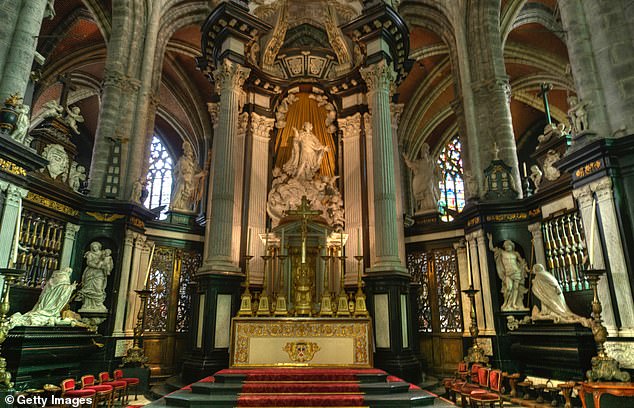 St Bavo’s Cathedral has a 290ft Gothic tower that houses the Ghent altarpiece, The Mystic Lamb

Afternoon: Shops close on Sundays (bar the first Sunday of each month), so Saturday is an ideal time to shop.

In Hoogpoort Street, just two minutes’ walk from the Market Hall, you can look around quirky boutiques and independent record stores and pick up clothes from Cliche (cliche-gent.com), handmade jewellery from Elisa Lee (elisa-lee.be) and the obvious from Bookz & Booze (bookznbooze.be). Luckily, Eurostar has a generous baggage allowance.

At the end of this street you’ll reach Groentenmarkt, where you can try Ghent’s signature jellied cone-shaped sweets called neuzeke (‘little noses’) from one of two carts. Legend has it that the two owners are enemies who both profess to sell the original version. You can also find the notable Belgian chocolatier Neuhaus (neuhauschocolates.com) here, with free samples aplenty.

Afterwards, head towards Kouter Square for luxury boutiques. On Sundays, you’ll find a flower market here, then meander towards Citadelpark, a ten-minute walk from Groentenmarkt.

The vast outdoor space has some great viewing spots as well as SMAK (smak.be), the Municipal Museum of Contemporary Art, internationally known for its impressive exhibitions. 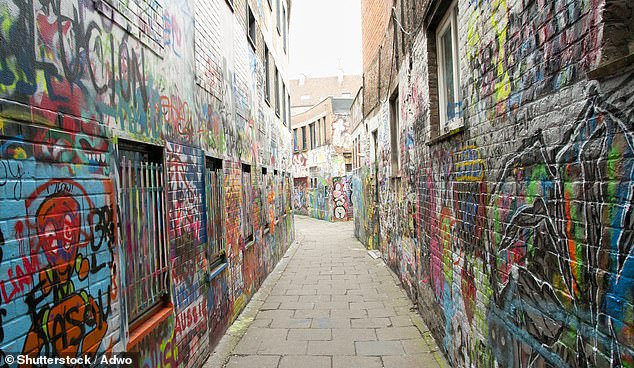 Evening: Head out of the centre to De Superette (de-superette.be), where the four-course menu is all kept a surprise, except for a self-selected main. The vibe is friendly and the clientele cool. Alternatively, go to Frites Atelier (fritesatelier.com) founded by Sergio Herman – the Flemish beef stew is a favourite. Afterwards, enjoy a drink at Ray (ray.gent), a conservatory built on to the side of St Nicholas Church, or follow your ears to nearby Hot Club Gent (hotclub.gent), a small jazz club down an alley.

Morning: The majestic home of the aristocratic d’Hane Steenhuyse family (visit.gent.be) is worth a visit, with its colourful salons and decadent furniture. Make sure to visit the peaceful, enclosed garden.

Afternoon: There’s a new urban quarter in the Dok Noord neighbourhood (visit.gent.be) to the north of the city, where the abandoned Ghent docks are being transformed. The old quays provide a backdrop for summer concerts, art exhibitions, film screenings, pop-up restaurants and an urban beach.

Twenty minutes away you’ll find afternoon tea at 1898 The Post’s Cobbler Bar. You might find a queue for what a fellow guest dubbed ‘the best-kept secret in Ghent’, but it’s worth the wait (and turnaround is fast). If you fancy something stronger, you can mingle with Ghent’s fashionable crowd sipping cocktails.

As dusk approaches (and if you have time before your train), see Ghent from the water. Viadagio runs boat tours that offer views of the city as the sun goes down. It costs €12.50pp – about £11.

A two-night stay at 1898 The Post costs from £310 per room, excluding breakfast.

Eurostar to Ghent takes from two hours 42 minutes, with a change in Brussels. It costs from £35 one-way (eurostar.com).