Caravanning is something of an old-fashioned concept – but a space-age new mobile home is dragging it into the 2020s.

And when we say space-age, we mean it – this angular ‘micro home’ actually resembles a Sandcrawler transport from the Star Wars films.

It’s called Base Cabin and is clad in black rubber. The makers say to ‘blend in with the surroundings’ and to make it durable, but probably also for added mystery. 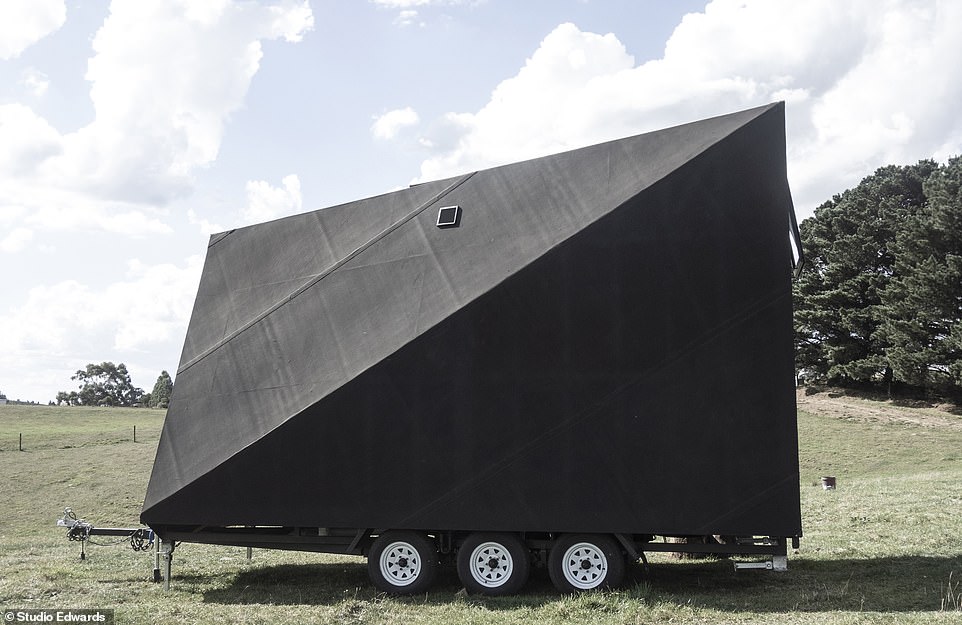 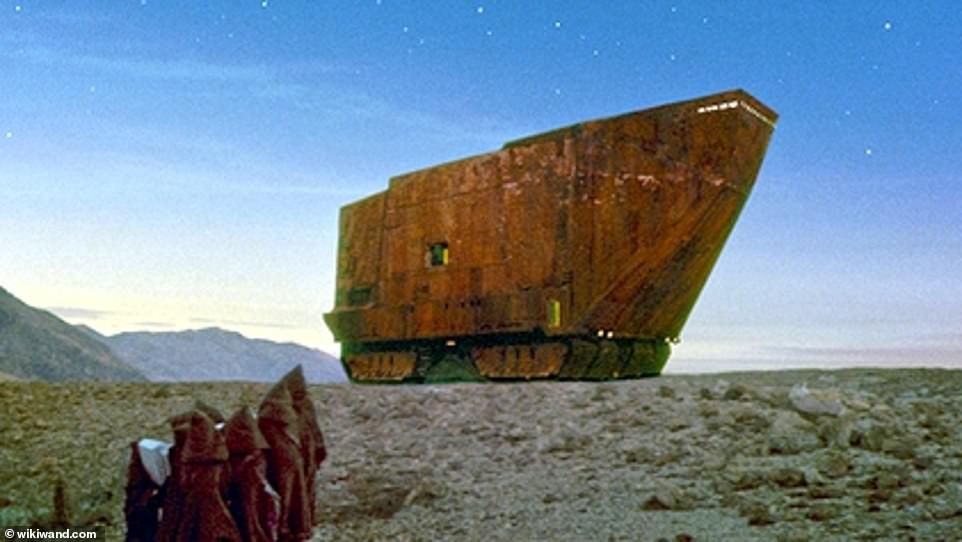 The Sandcrawler is a colossal mobile fortress used by a race called the Jawas. It was first seen in 1977’s Star Wars: Episode IV (above). It’s not so great for caravanning, but is ideal for storing robots

Briton Ben Edwards is the creative force behind Base Cabin. He was inspired by Airstreams and A-framed cabins

It was designed by Briton Ben Edwards from Melbourne-based Studio Edwards, who according to a statement took inspiration from the iconic Airstream trailer as well as the classic A-framed cabin.

His striking AUS$99,000 (£52k/$64k) retreat – which is designed to be transported on a trailer and wheeled to the desired location – is divided into three rooms over 160 square feet, big enough for a few creature comforts.

There’s a ‘cosy sleeping space’ – room enough for a double bed – below the A-frame roof with a triangular window framing the view outwards. 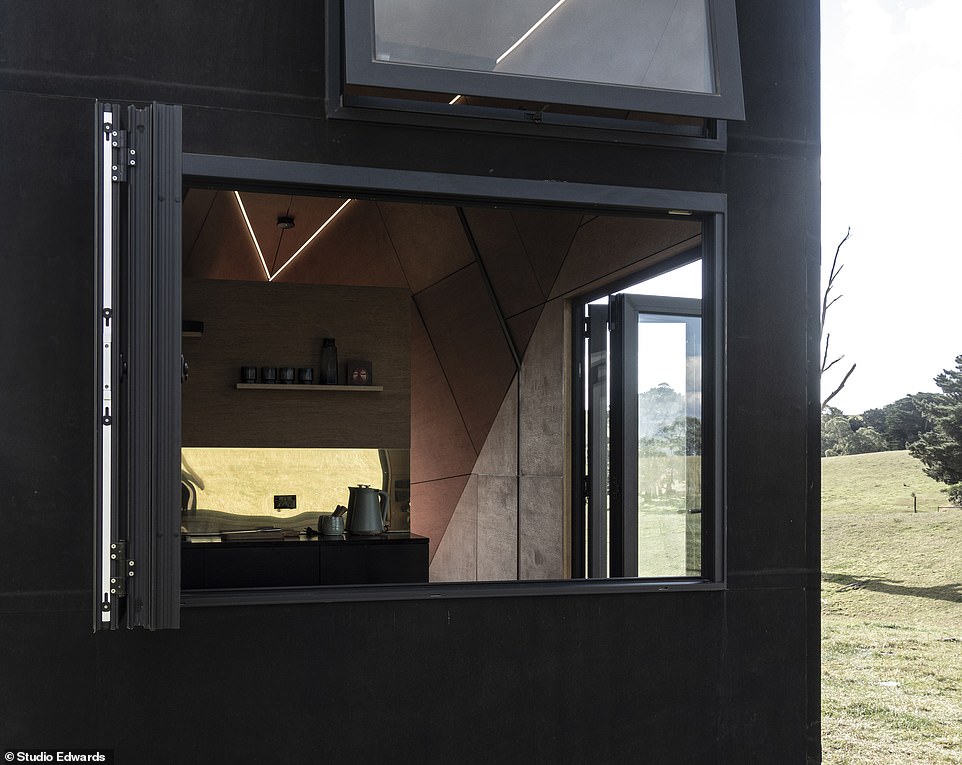 The striking AUS$99,000 (£52k) retreat is designed to be transported on a trailer and wheeled to the desired location 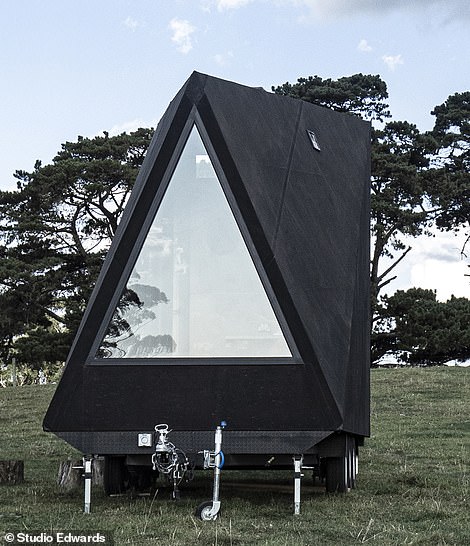 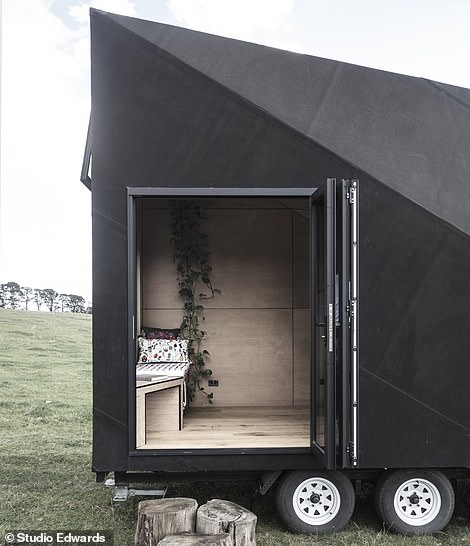 A triangular window bathes the bedroom area in light (left).  The retreat is divided into three rooms over 160 square feet, big enough for a few creature comforts

A central toilet and shower pod, meanwhile, ‘is bathed in light from the roof-light above’.

And a sink and small counter fitted to the rear of the pod ‘provide kitchen functionality’.

There’s also an over-sized window ledge that serves as a place for ornaments and a seating area. 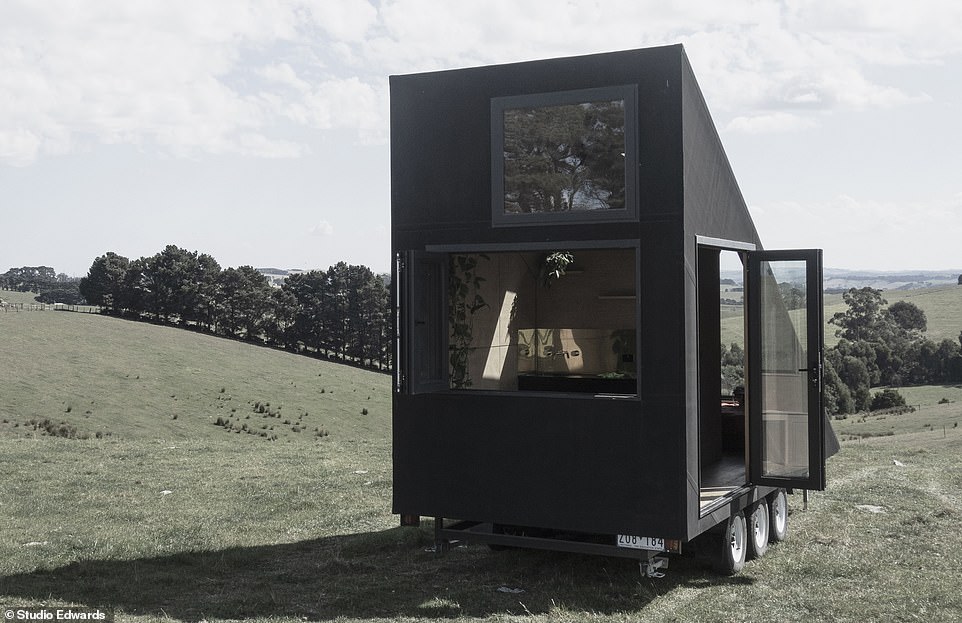 Studio Edwards says: ‘We think that you don’t need excessive space to enjoy the pleasures of escaping and enjoying the natural environment’ 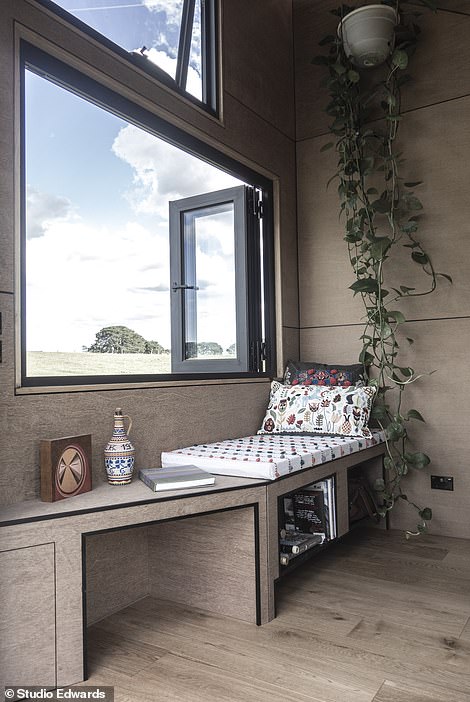 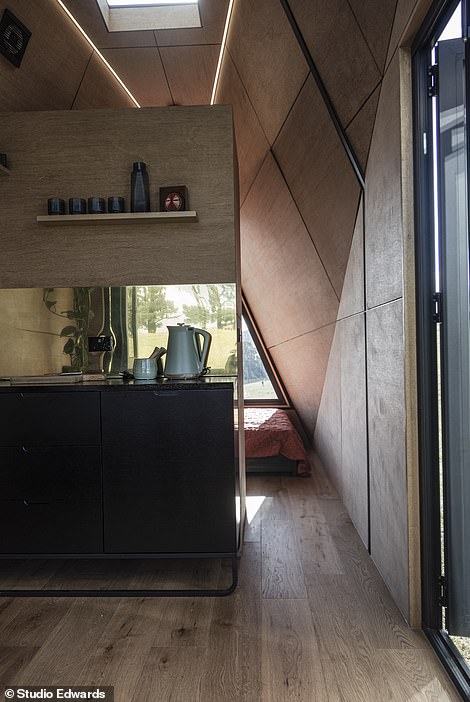 An over-sized window ledge serves as a place for ornaments and an extra seating area (left). The image on the right is yet more evidence that caravanning doesn’t have to be boring

The studio adds: ‘We think that you don’t need excessive space to enjoy the pleasures of escaping and enjoying the natural environment. Our cabins are designed to not only deliver an exceptional experience, but to also connect within the landscape.’

Who says caravanning has to be dull and boring?