The public are being asked to vote for animals they think should be part of a new ‘Big Five’ of the natural world’s top creatures to photograph.

Unlike the old Big Five, based on the five toughest animals in Africa for colonial hunters to shoot and kill, the new list will be animals to see in the wild and shoot with a camera.

The initiative has been launched by photographer and journalist Graeme Green. It is backed by several other renowned wildlife photographers who have revealed some of their favourite animal pictures for inspiration and to show their support, a selection of which is presented here. 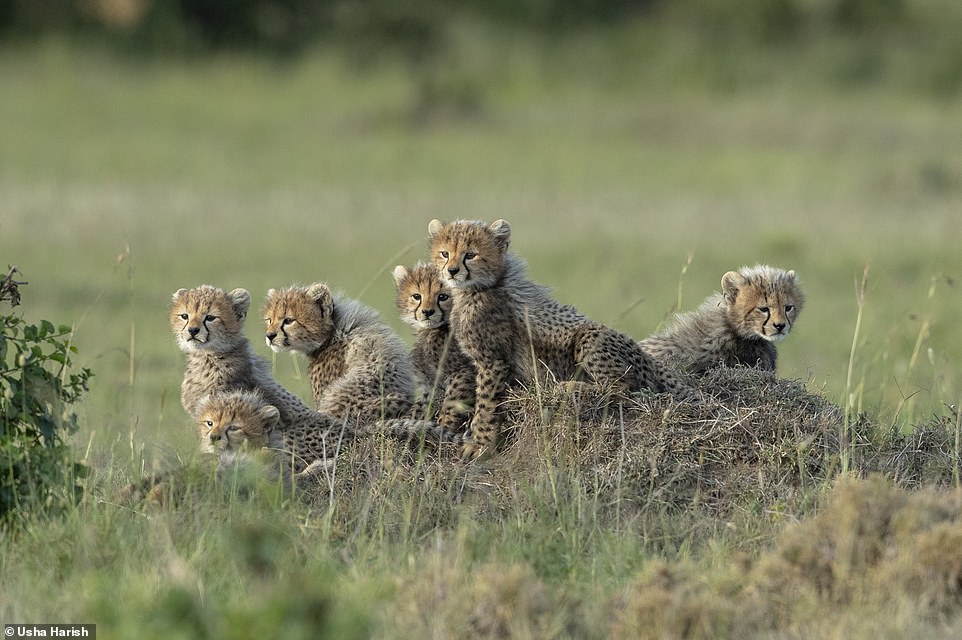 Will the cheetah make it on to the new Big Five list? Photographer Usha Harish snapped these cute cheetah cubs in the Masai Mara National Reserve, Kenya 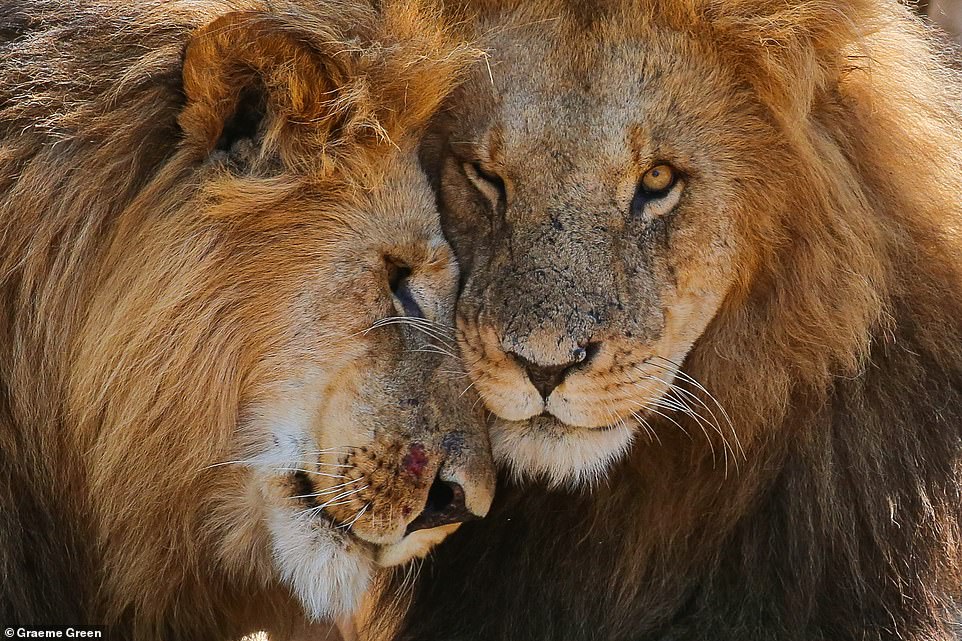 This sweet image of a pair of lions affectionately nuzzling each other was captured by Graeme Green in the Mara Naboisho Conservancy, Kenya 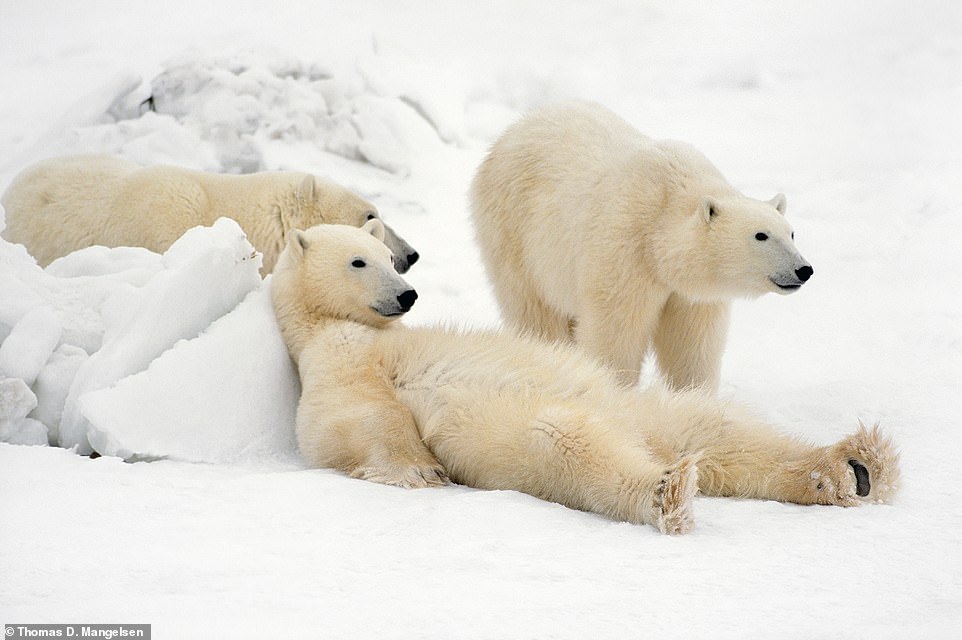 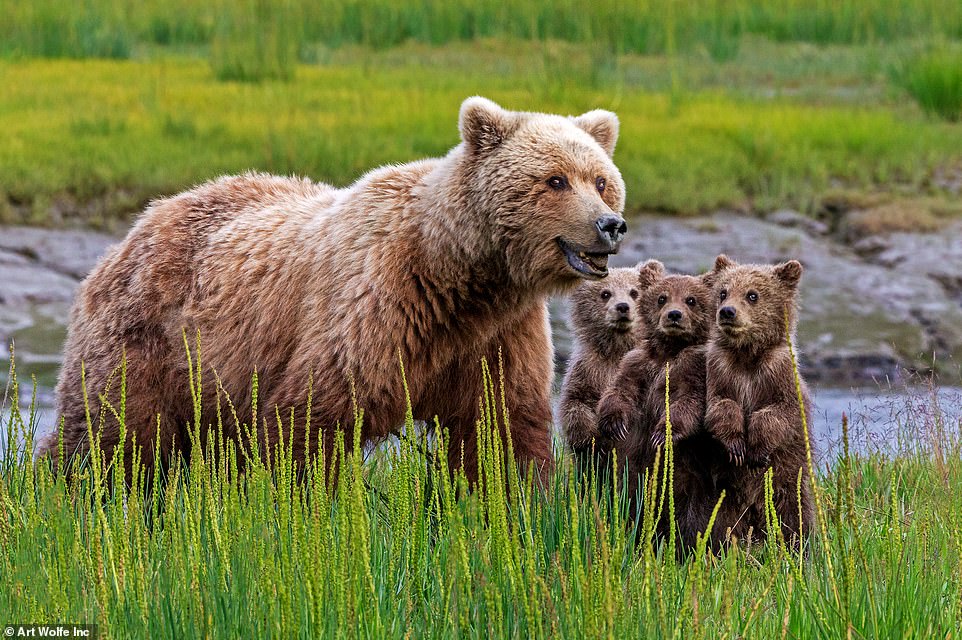 These brown bears, a mother with her cubs, were pictured in Lake Clark National Park in Alaska 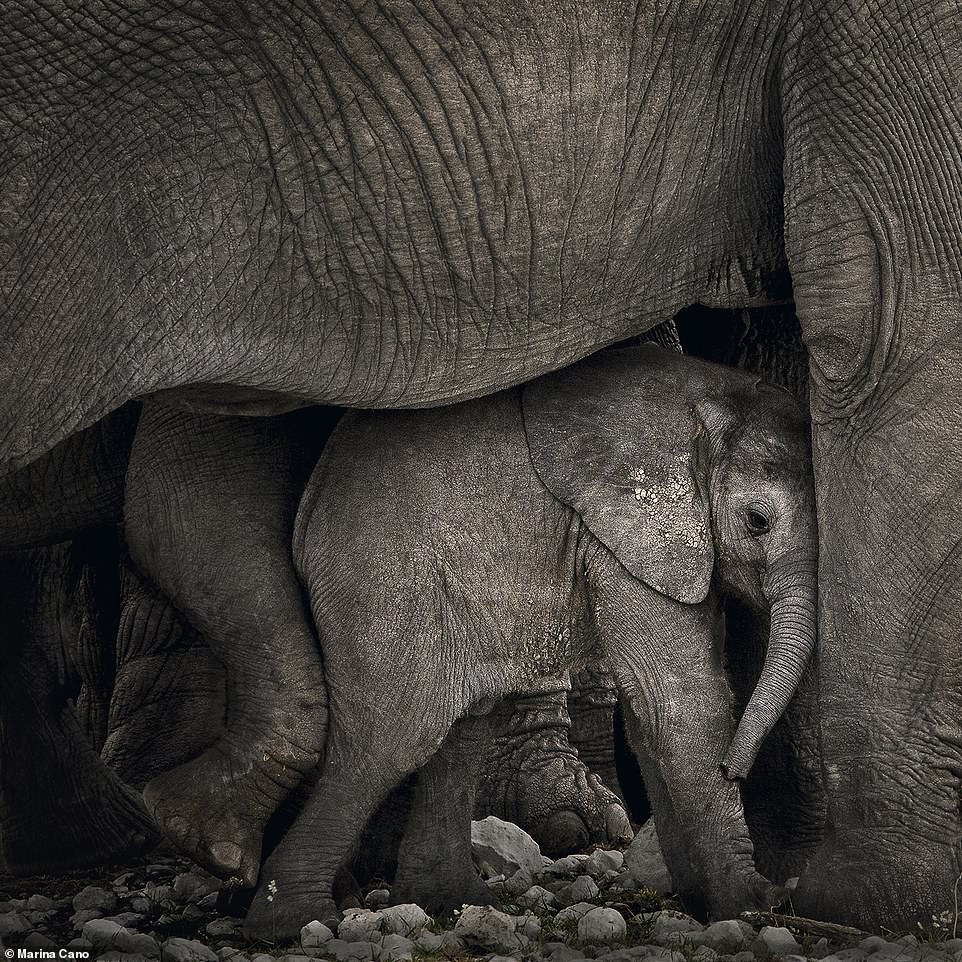 A small elephant walks among the herd in the Etosha National Park in Namibia. The elephant is one of the original Big Five

The rewards of shooting animals with cameras are clear to see.

It is hoped the international project will also raise awareness of the crisis facing wildlife, with more than a million species of animals and plants at risk of extinction, and prompt more action to protect nature.

The original Big Five were lions, leopards, rhino, elephant and buffalo in Africa, but the new list can draw on wildlife from around the world – from polar bears in the Arctic to orangutans and tigers in Asia.

Celebrities, conservationists and photographers have contributed their new Big Five choices, including musician Moby, who heads his list with the coyote, and TV presenter Ben Fogle, who puts the hedgehog in first place. 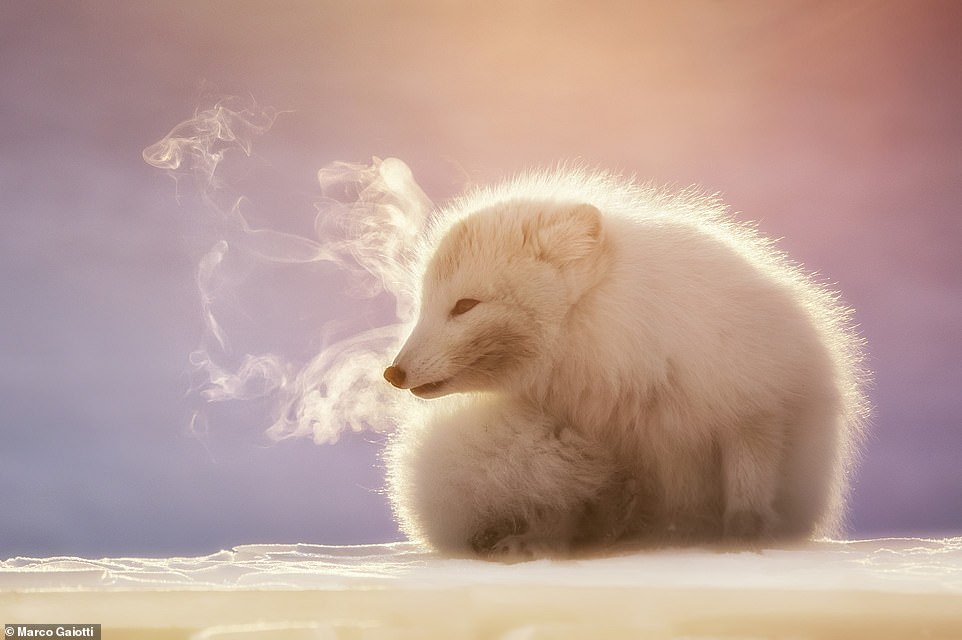 It is hoped the New Big 5 project will raise awareness of the crisis facing wildlife, with more than a million species of animals and plants at risk of extinction. Pictured is an Arctic fox in Svalbard, Norway 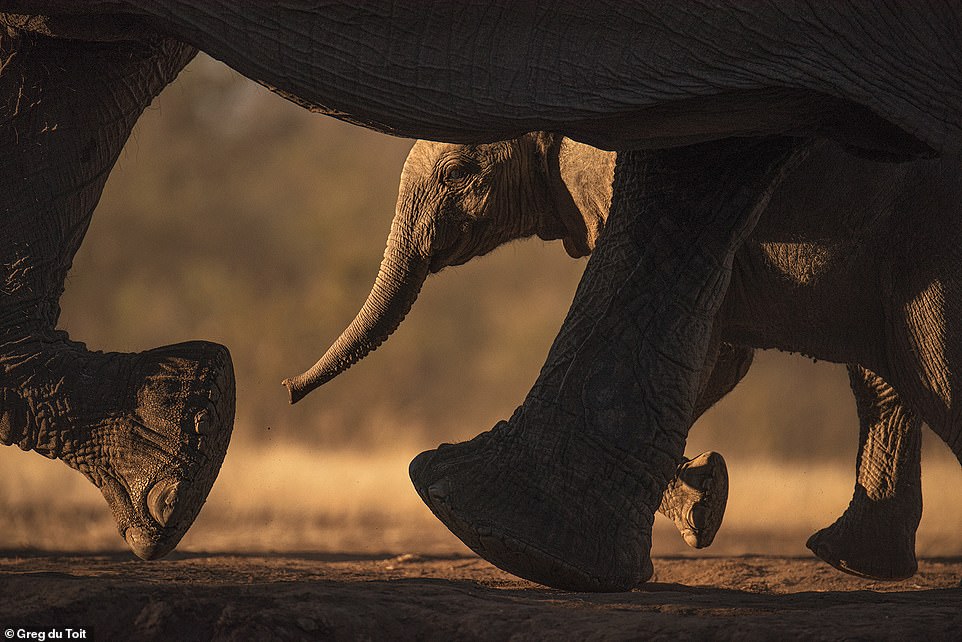 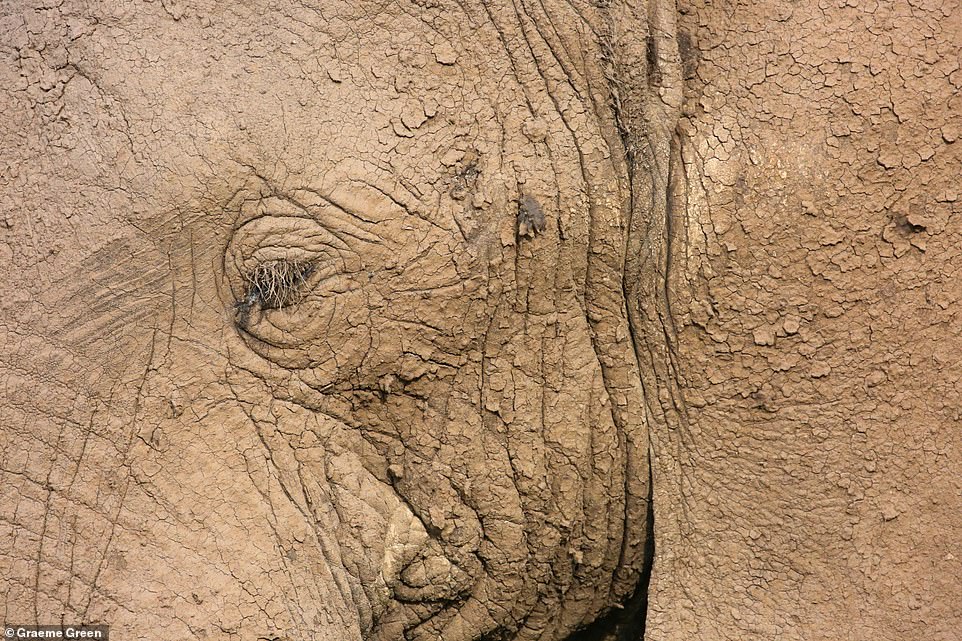 An extreme close-up of an elephant with its face caked in mud. The mesmerising shot was captured by Graeme Green in the Mara Triangle in Kenya 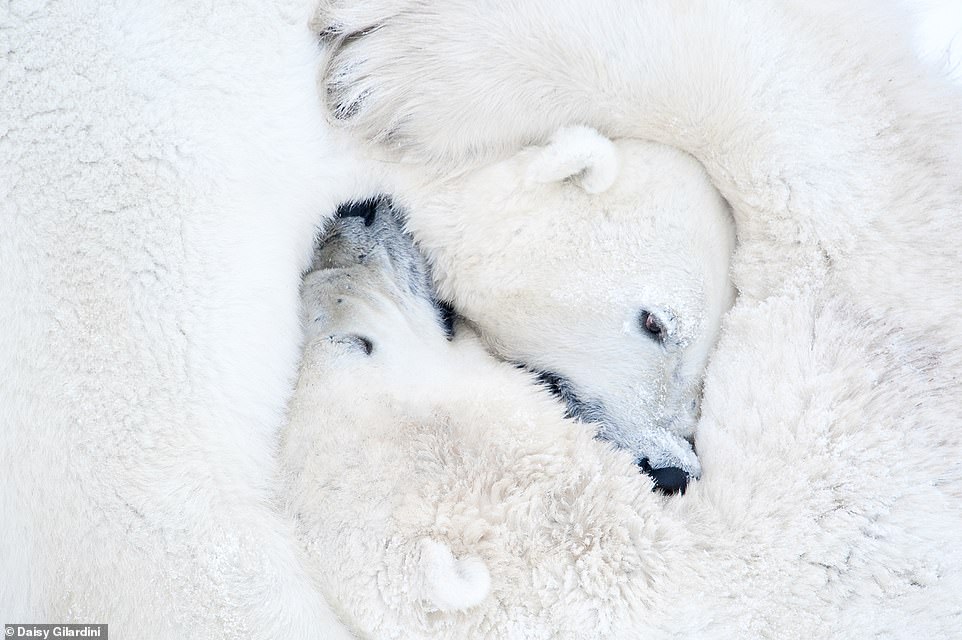 Daisy Gilardini snapped this cute image of a pair of polar bears embracing in Wapusk National Park in Manitoba, Canada 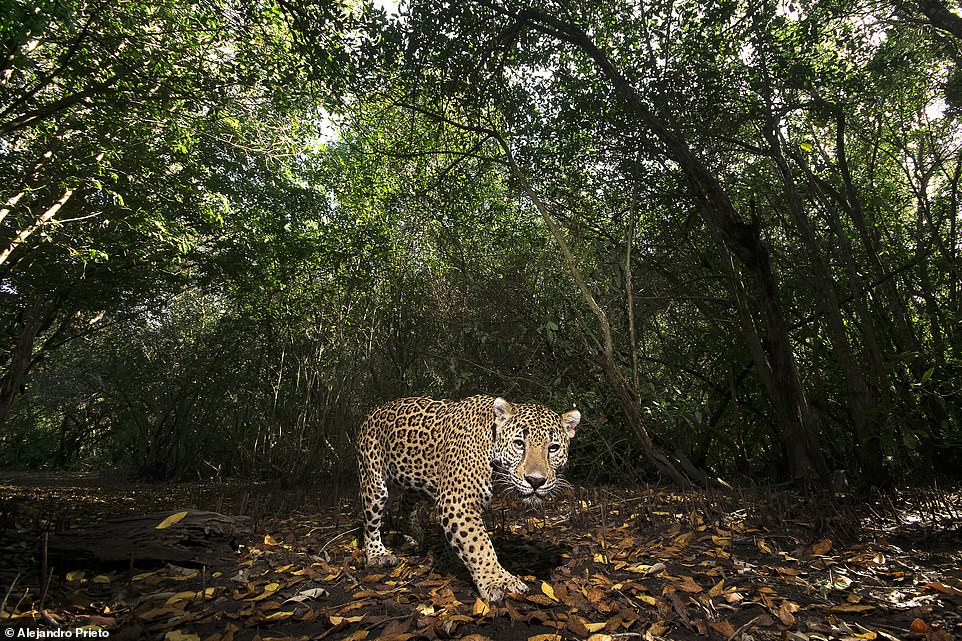 The New Big 5 initiative has drawn up a shortlist of animals that people can vote for to be included in the new list. Voters can pick up to five of their favourite creatures, which include the old Big Five. They are:

Actress Joanna Lumley has topped her list with the orangutan, and the red fox is at the top of TV presenter Chris Packham’s new Big Five selection.

Mr Green said he feels a Big Five of wildlife photography is much more relevant to the world than hunting.

‘This isn’t an anti-trophy hunting campaign, though I can’t personally understand why someone would want to shoot and kill lions, elephants, antelope or any other animals,’ he added.

He went on: ‘As a wildlife photographer and a journalist, I’ve been all over the world in the past 20 years, and to see the impact humans are having on the natural world and all these remarkable animals, from lions, elephants, giraffes and cheetahs to lesser known animals, like pangolins, or rare frogs, is disturbing.

‘People care so much about wildlife, but still it’s disappearing rapidly. A million species face possible extinction. I wanted to do something to help. 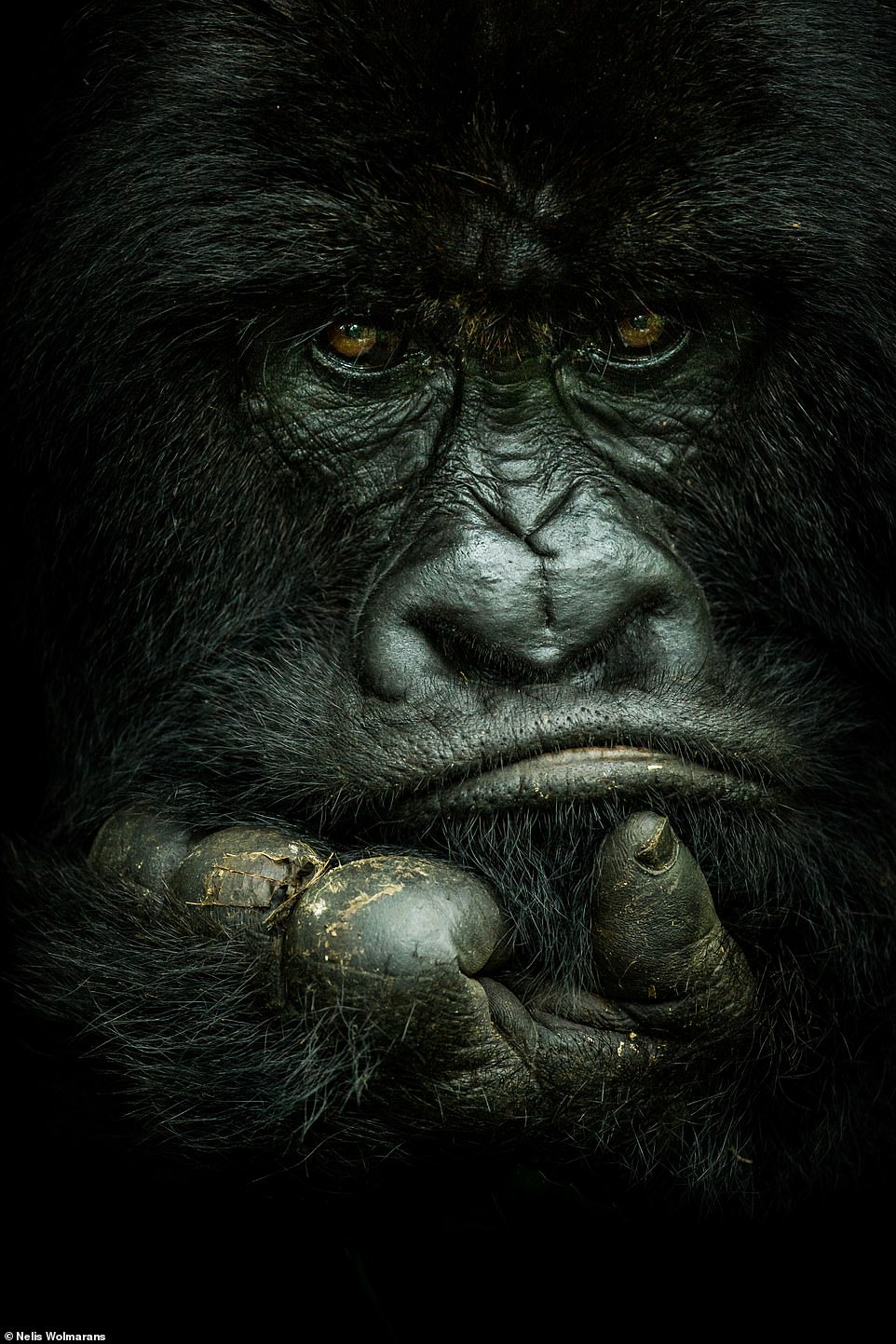 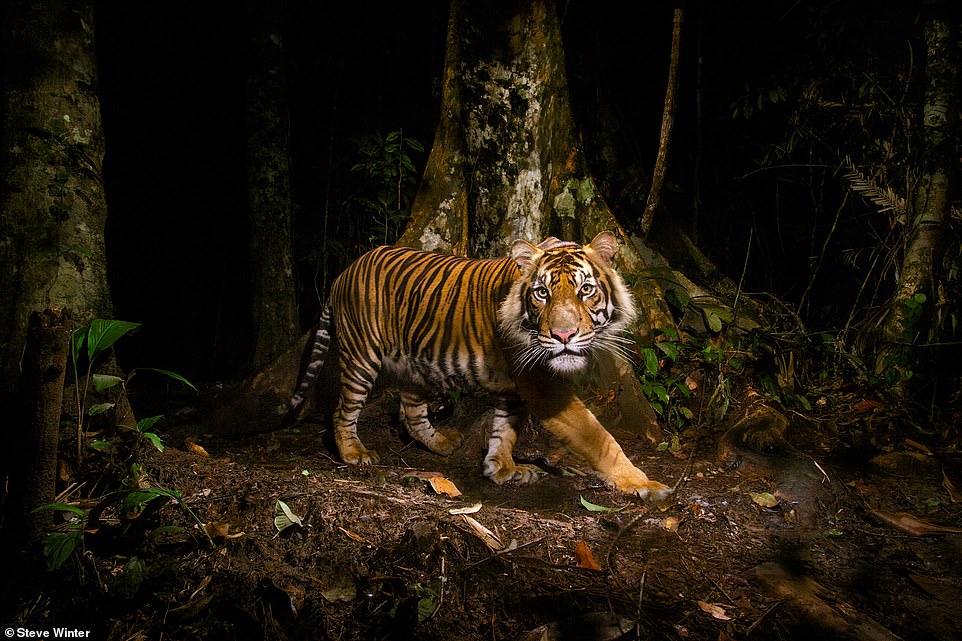 A tiger peers at a camera trap it triggered while hunting in the early morning in the forests of northern Sumatra, Indonesia 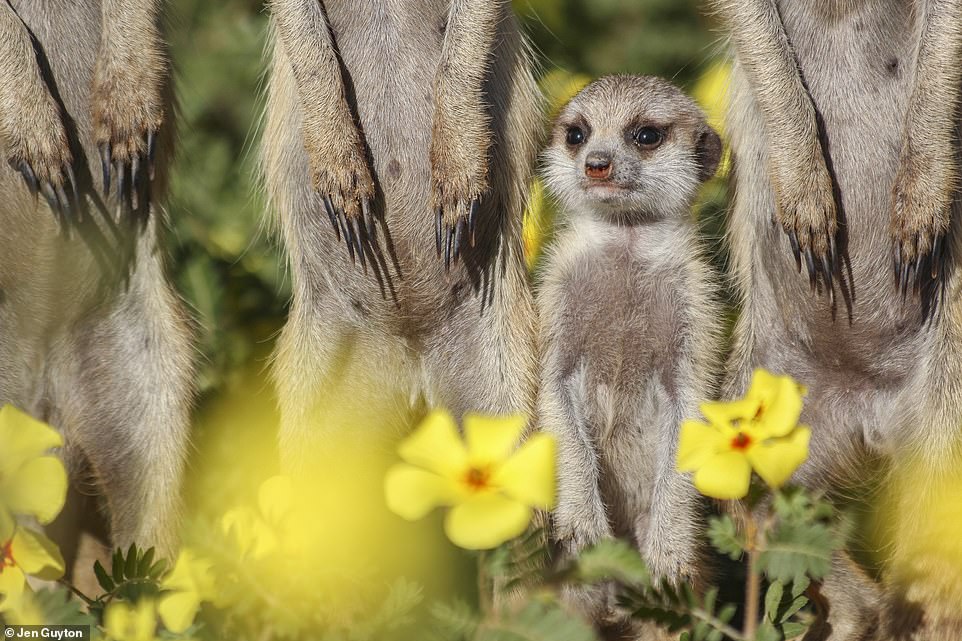 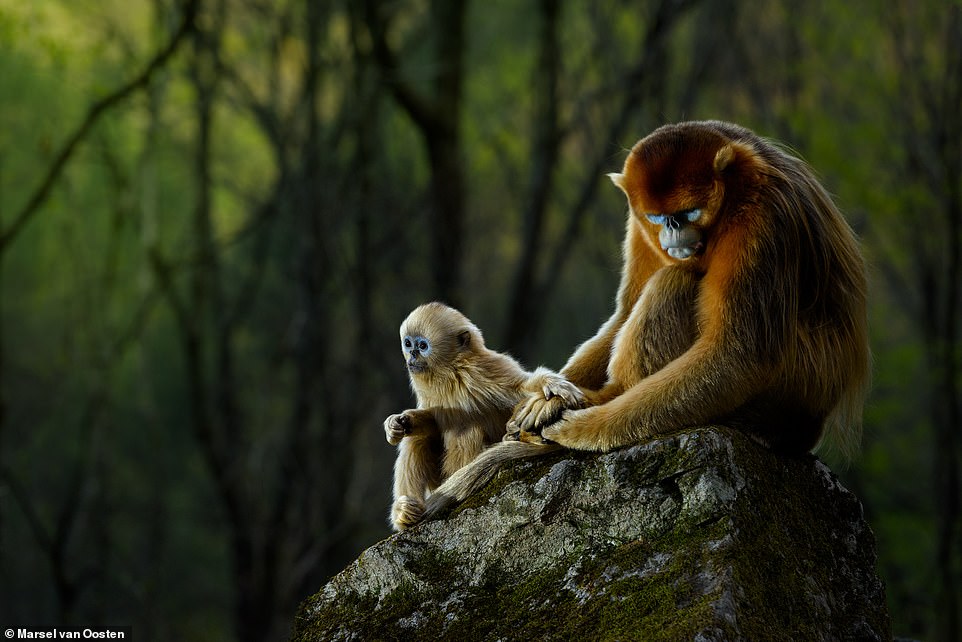 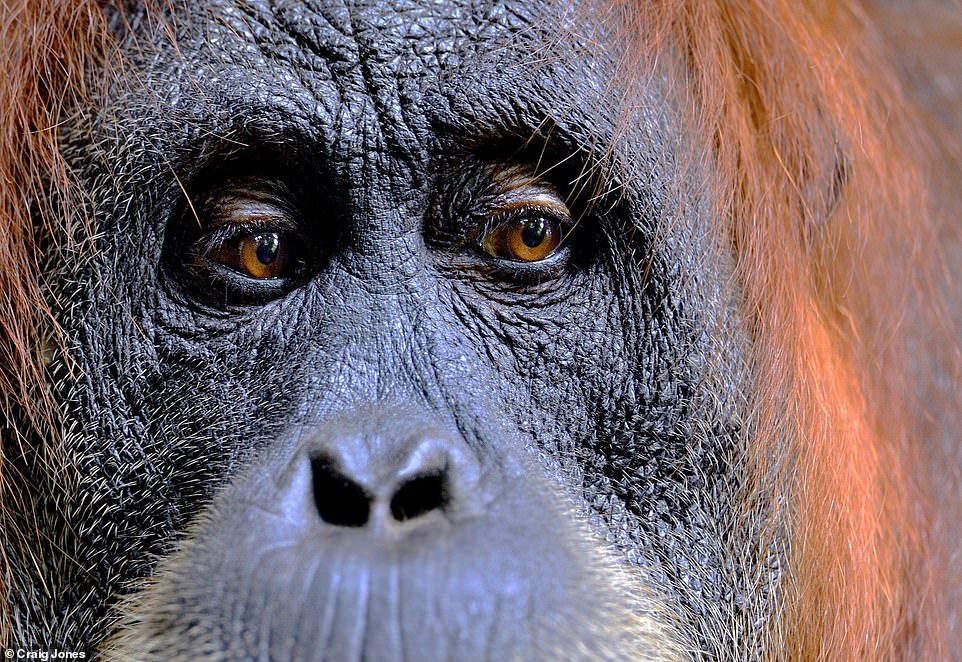 The public can vote for the orangutan to make the new Big Five list. Pictured is a female Sumatran orangutan in the rainforest of Gunung Leuser National Park in northern Sumatra, Indonesia

‘I hope the project can get a bit of attention on the world’s wildlife so that it’s saved and protected before it’s too late.’

Chimpanzee expert Dr Jane Goodall said: ‘What a great project the new Big Five is. I wonder what the final choices will be? There are so many incredible animals in our world.

‘Any project that brings attention to animals, so many of whom are threatened or endangered, is truly important.’