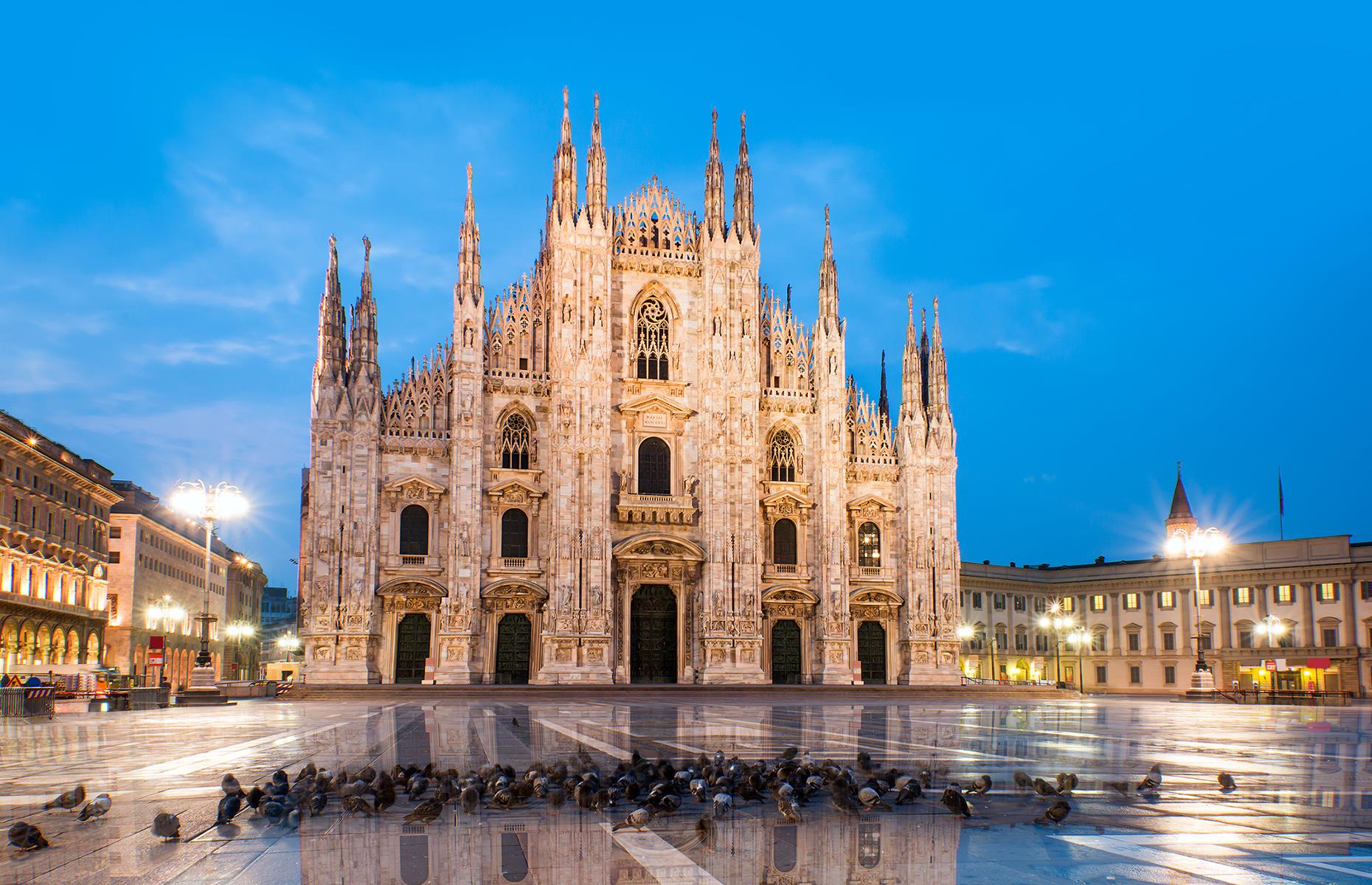 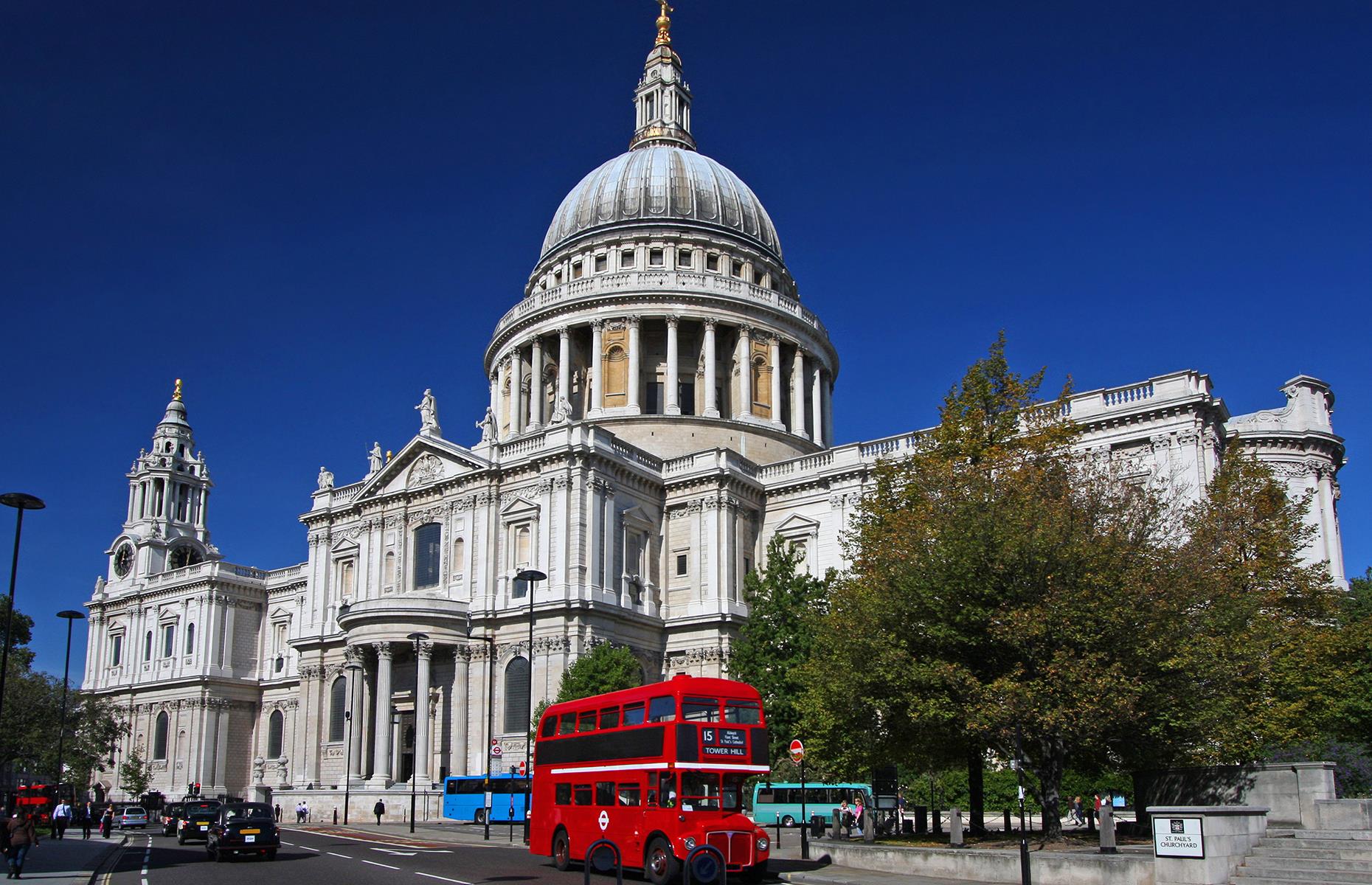 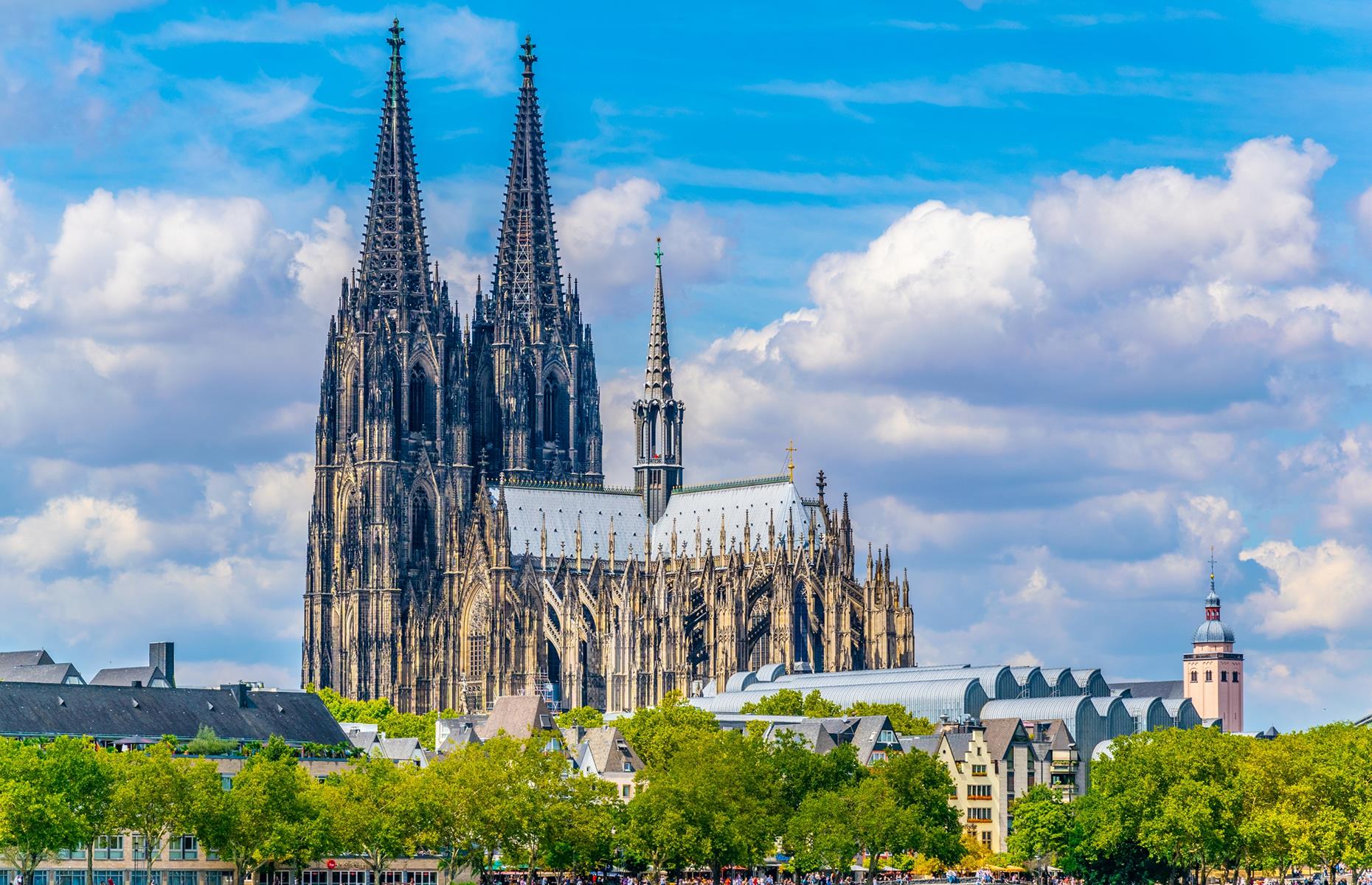 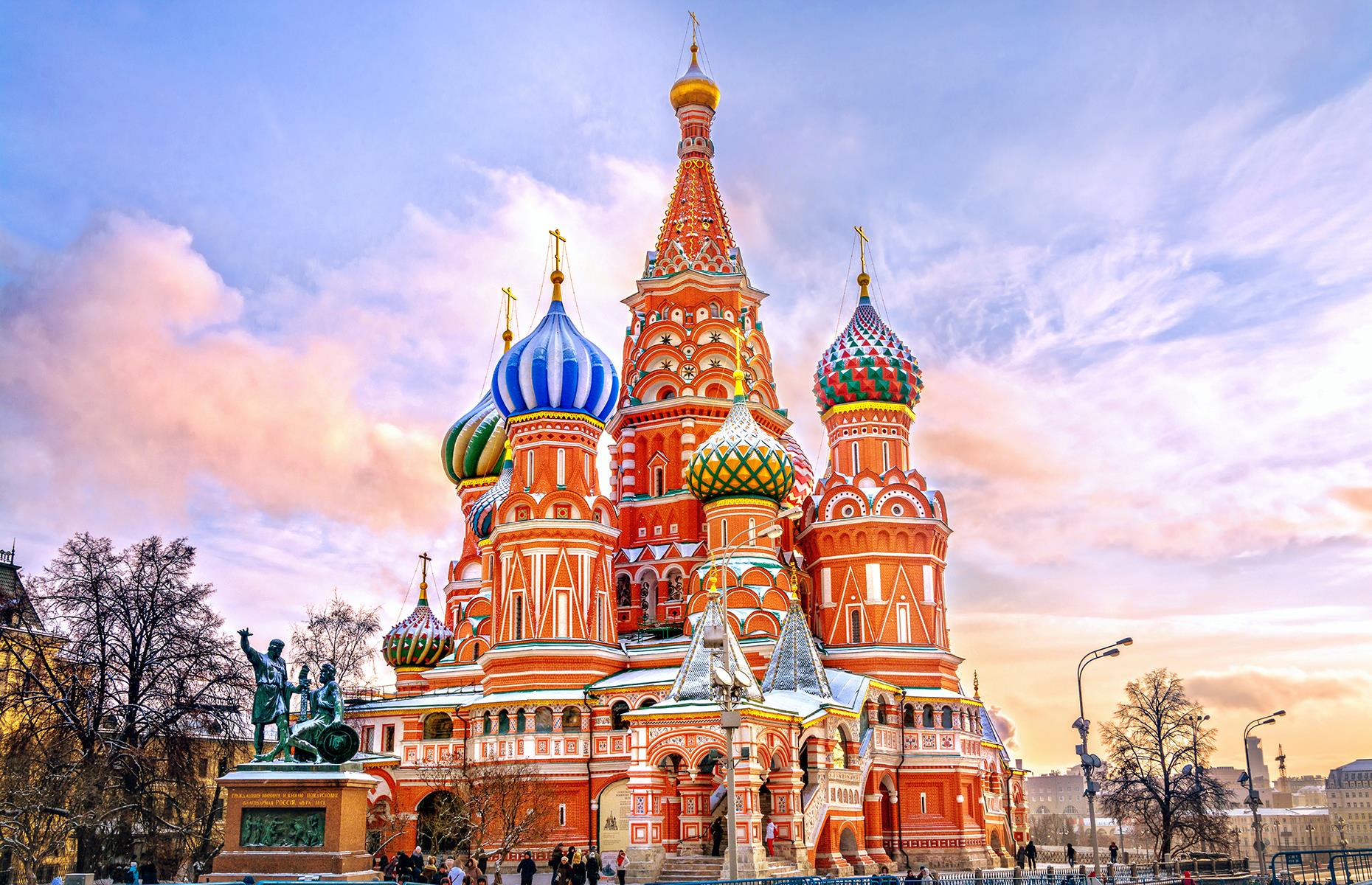 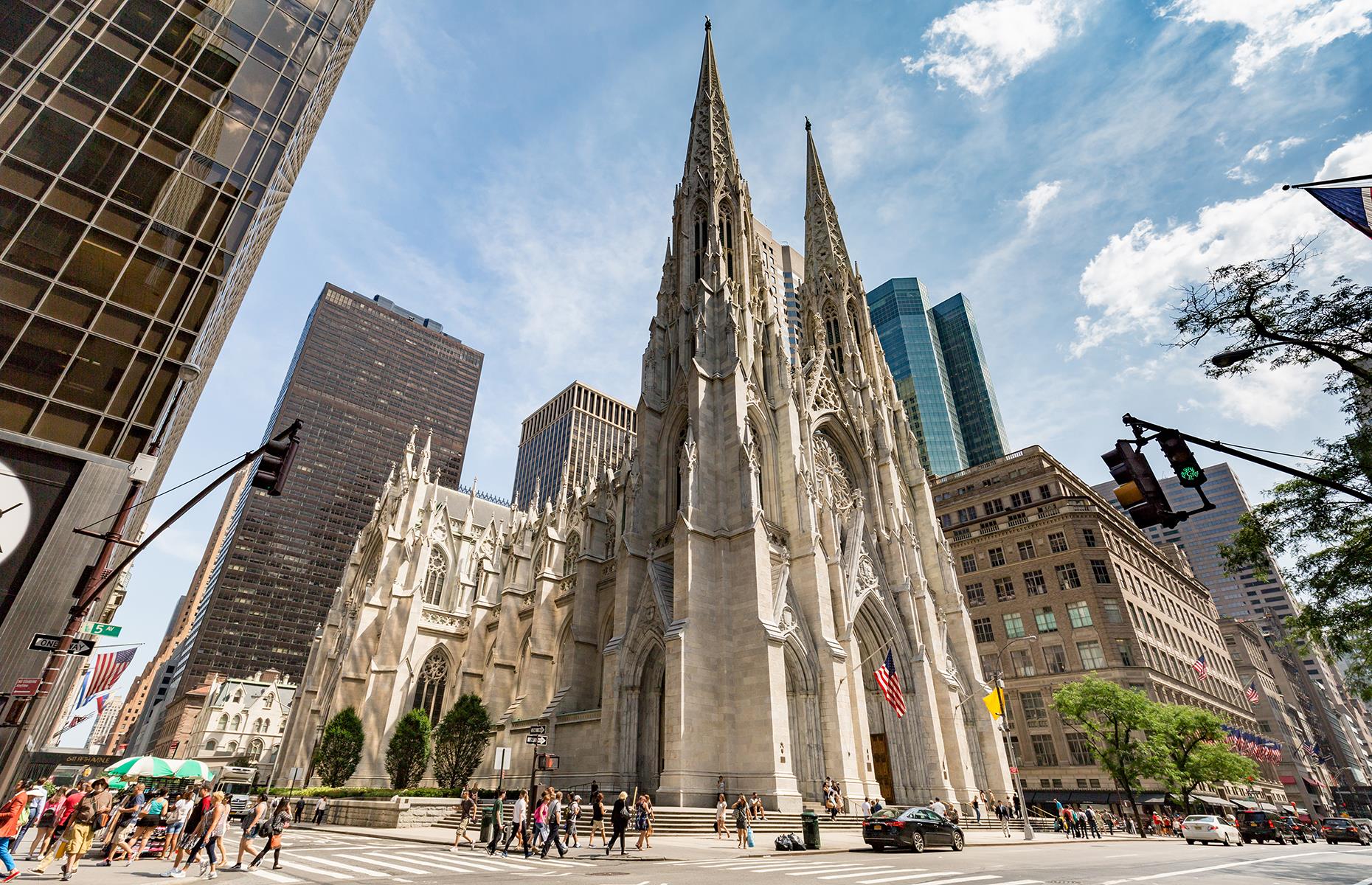 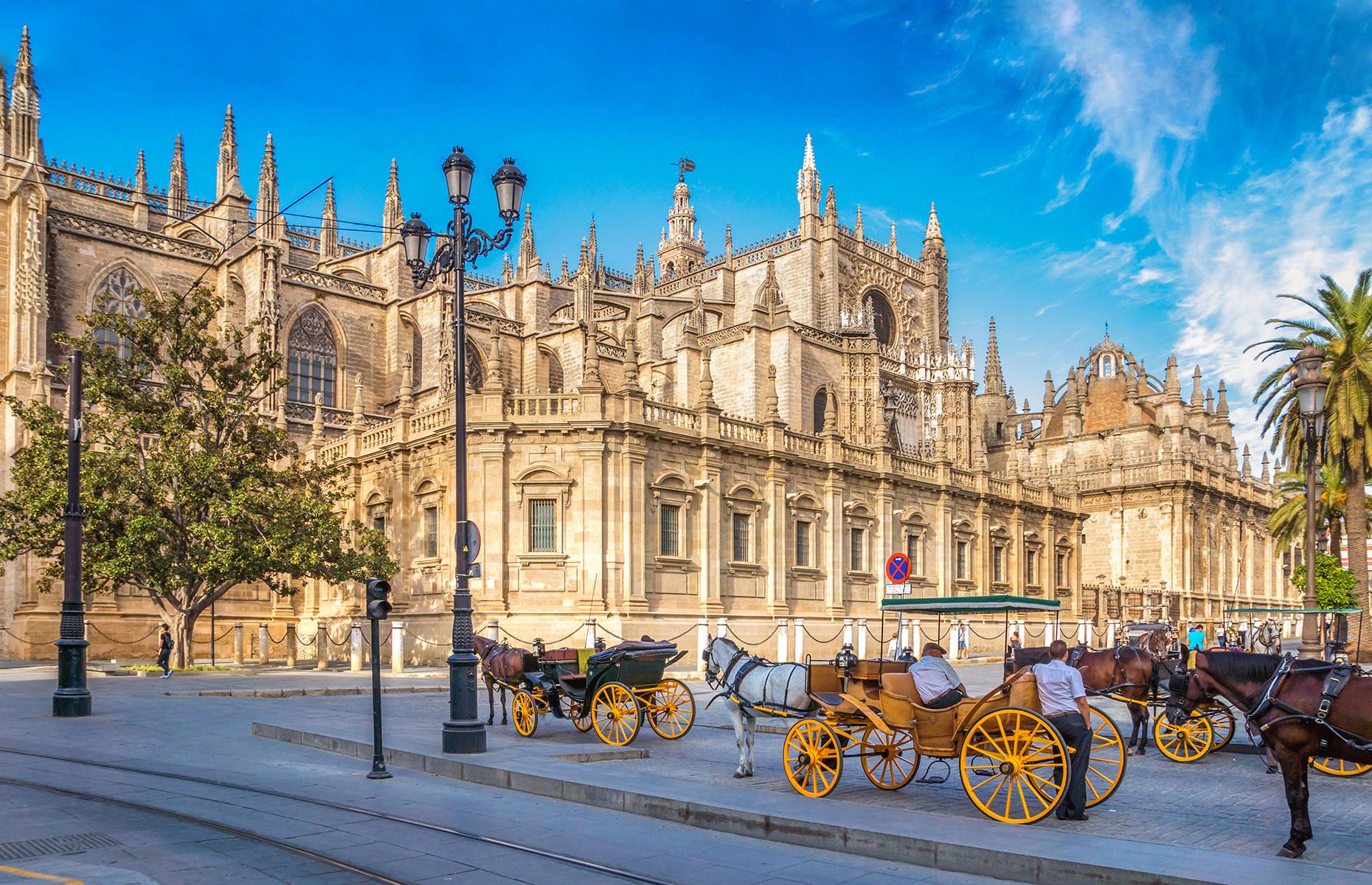 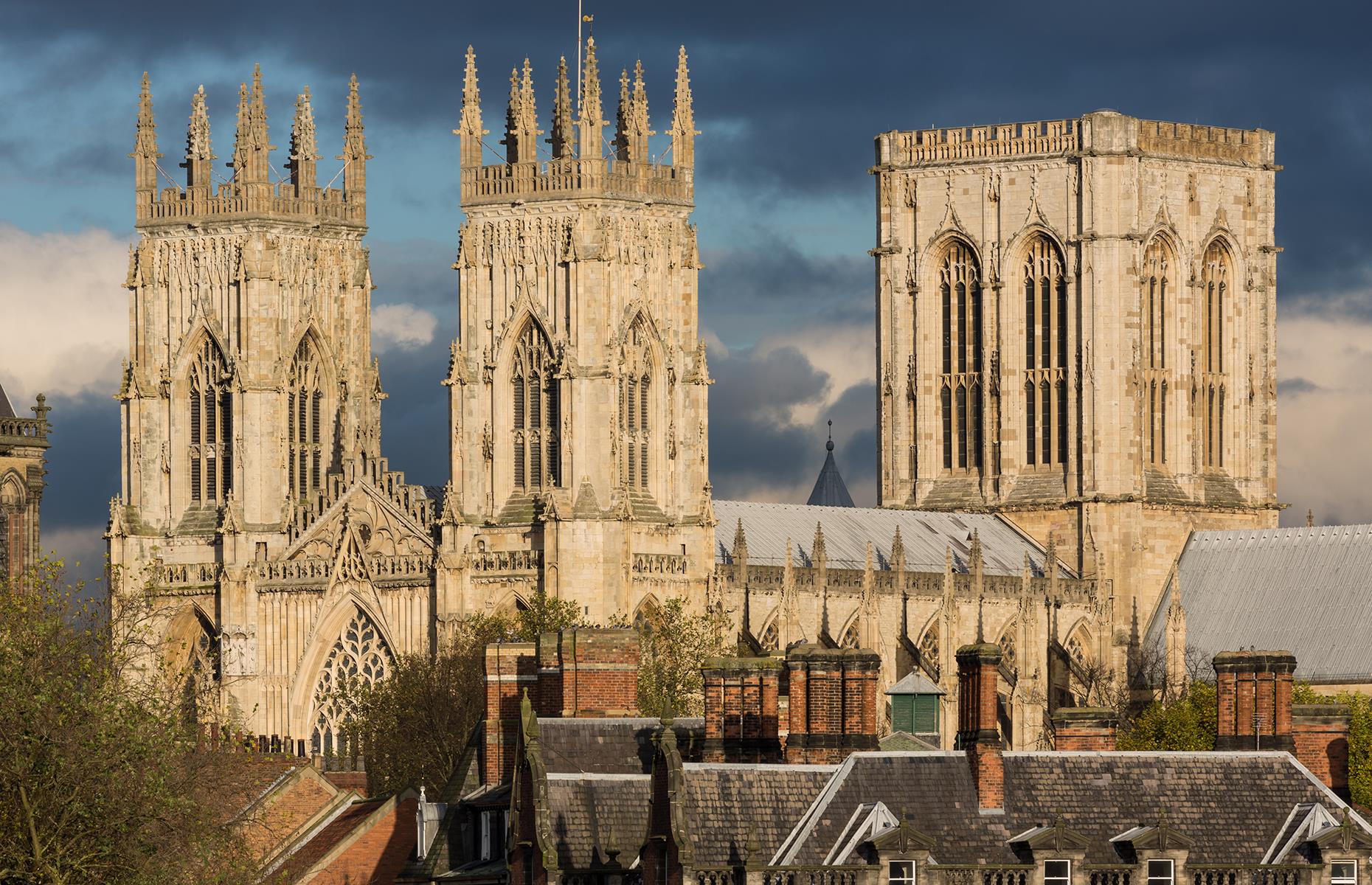 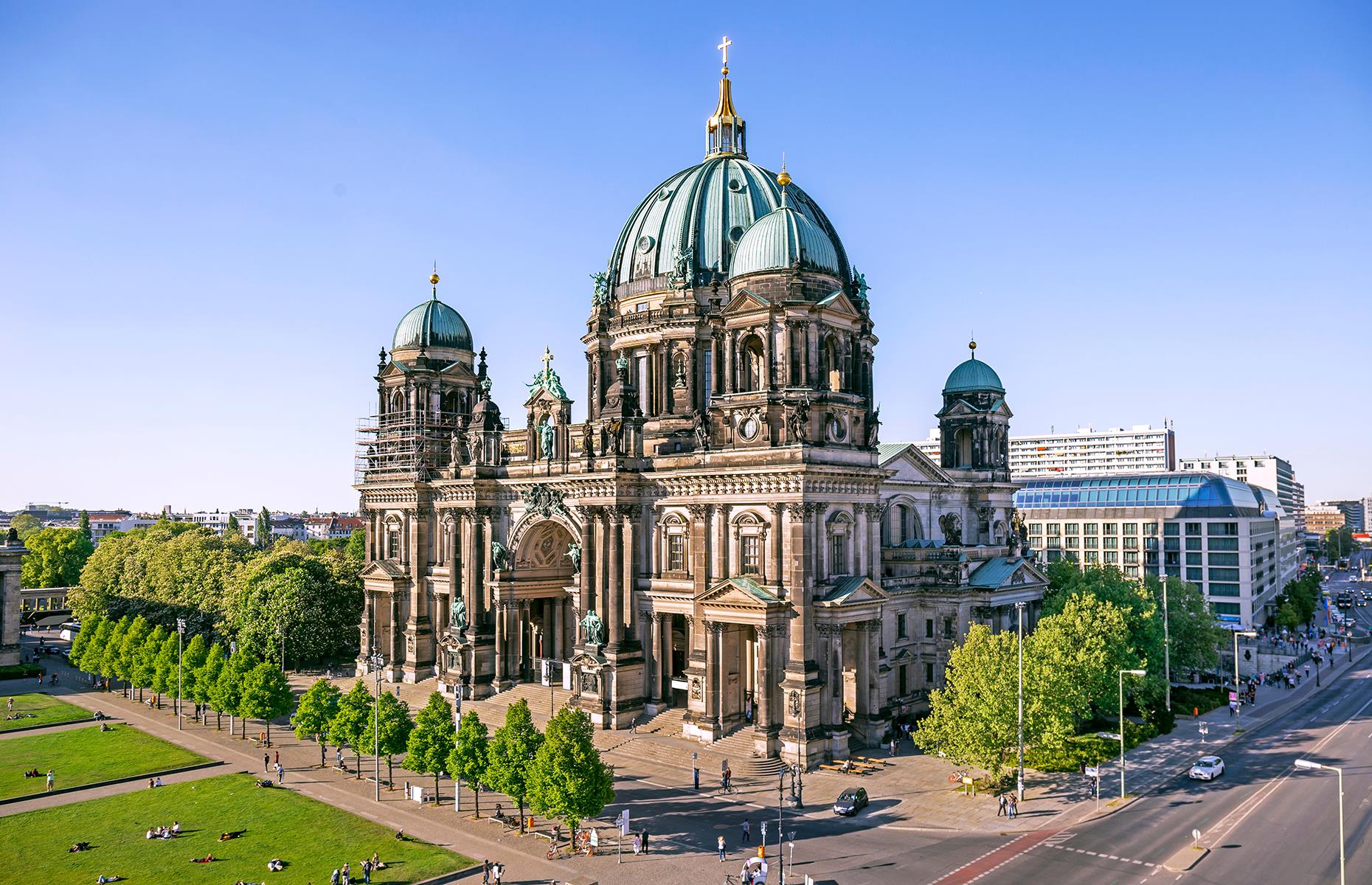 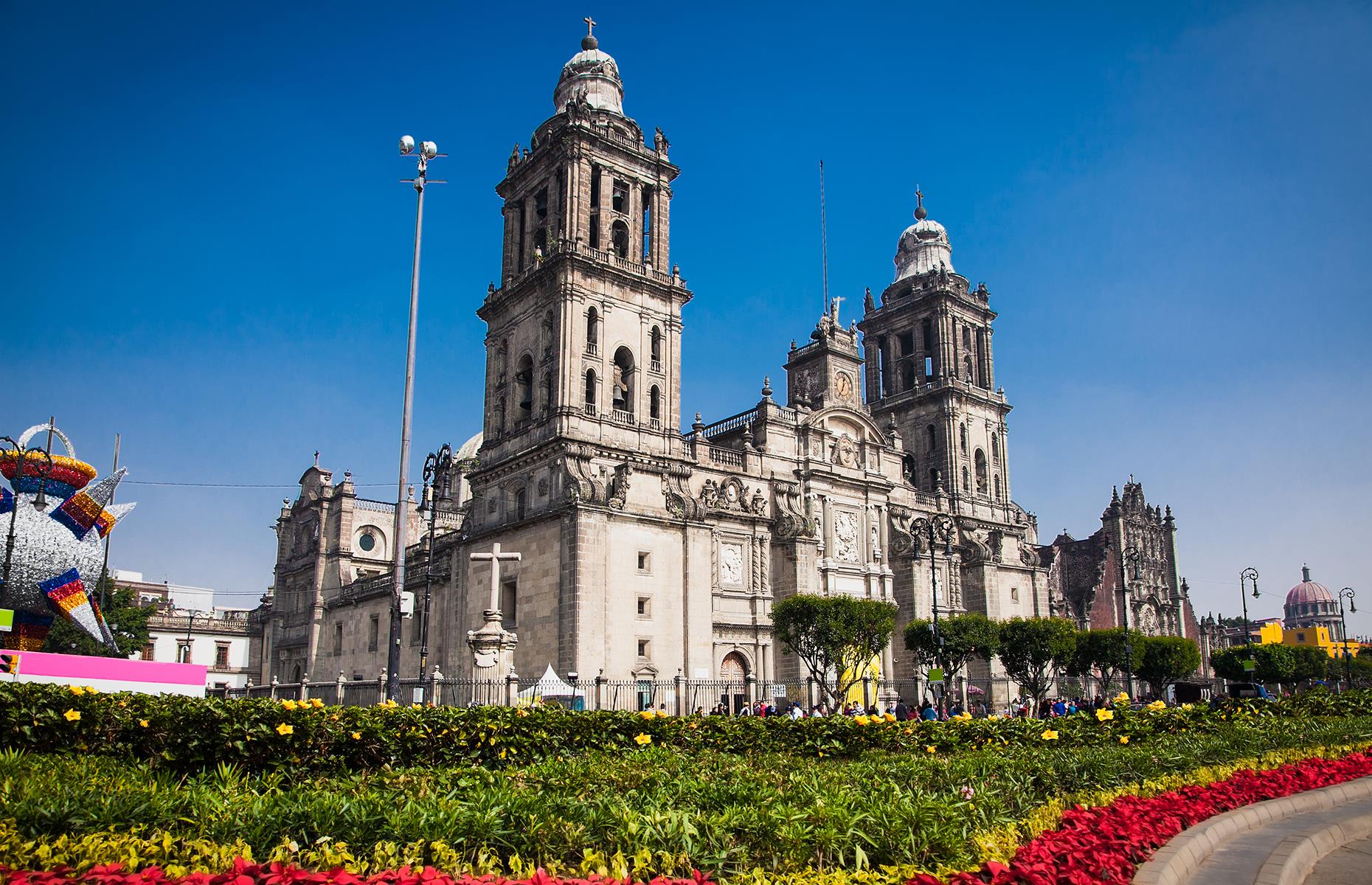 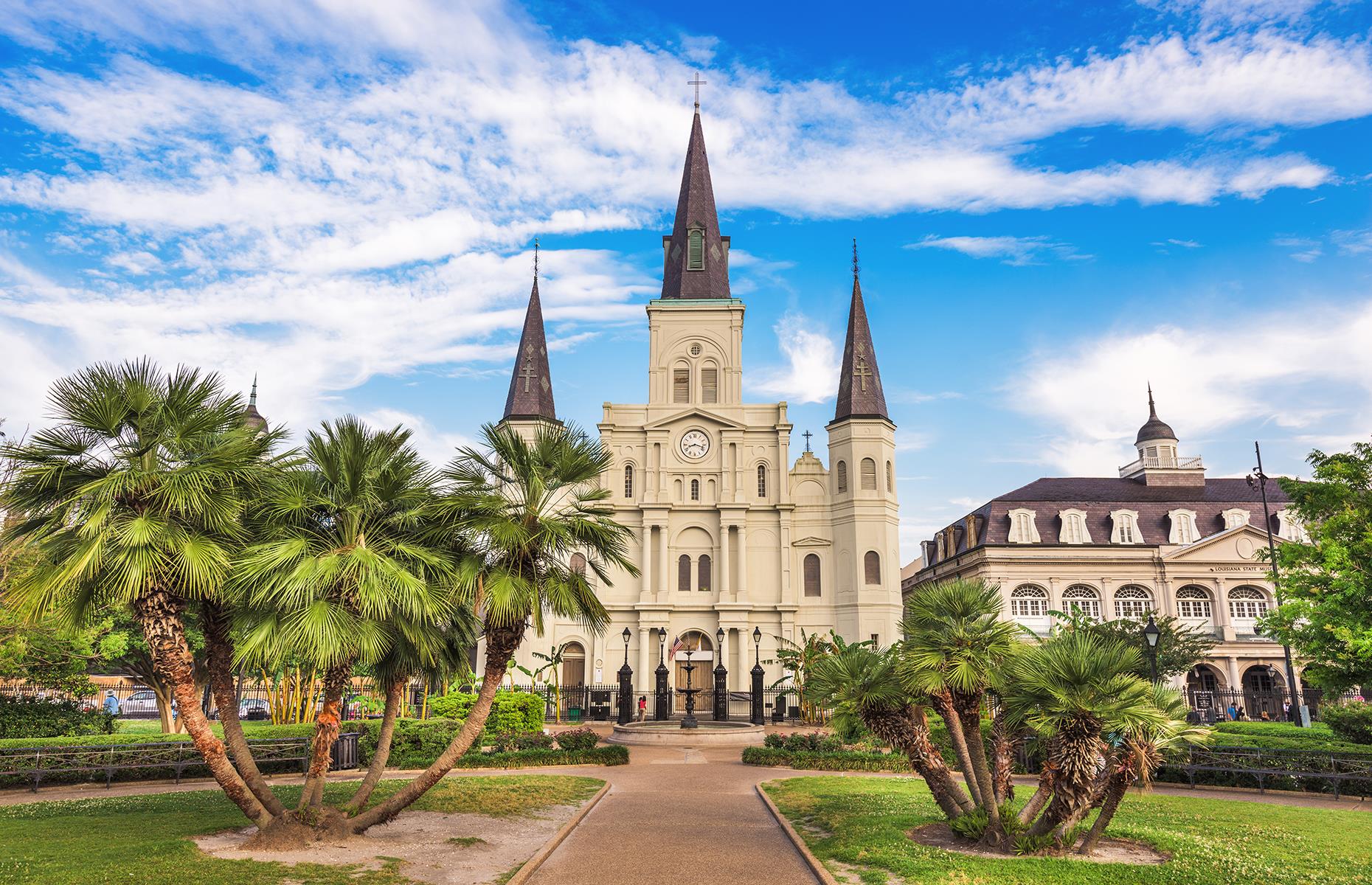 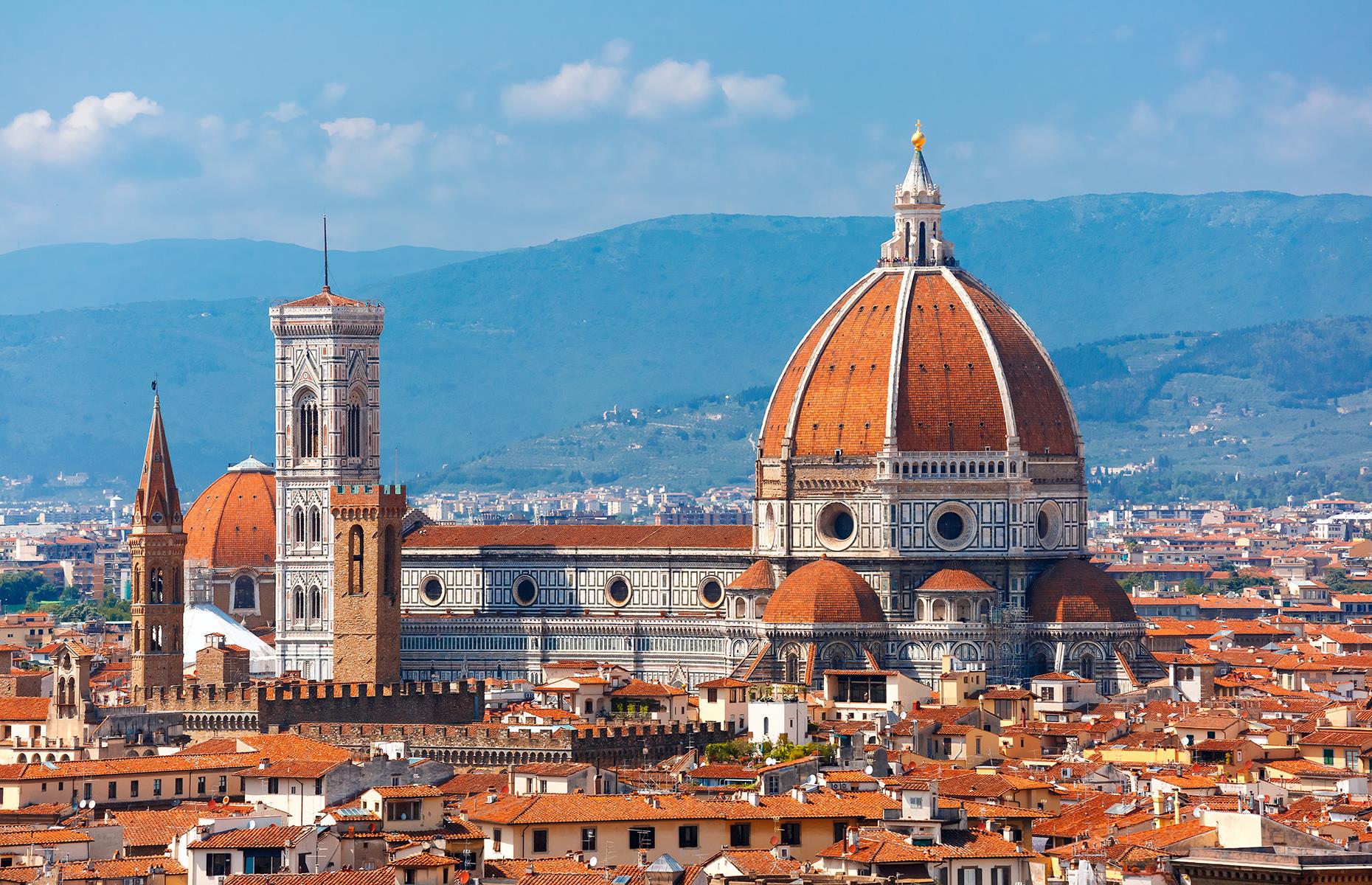 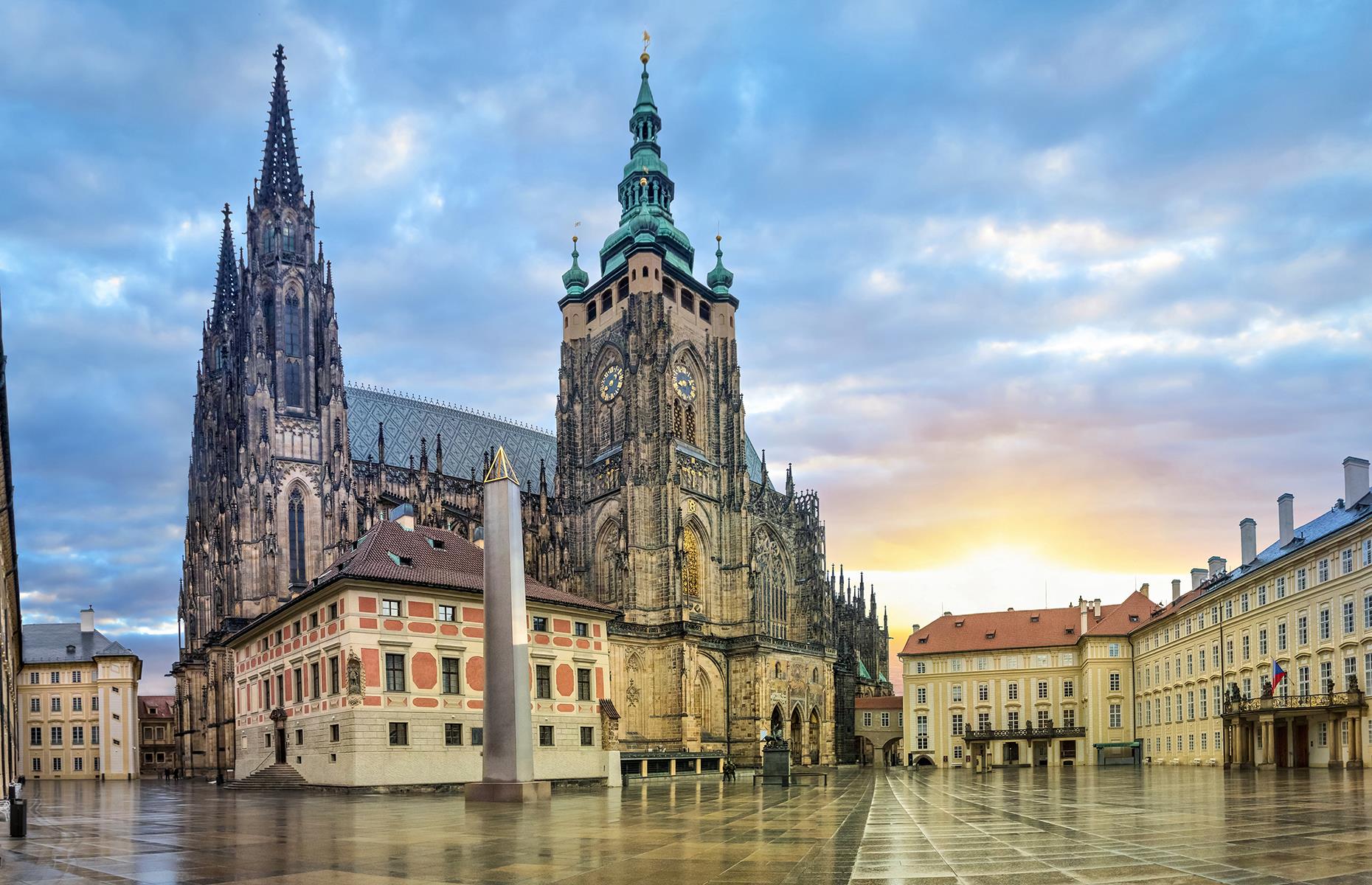 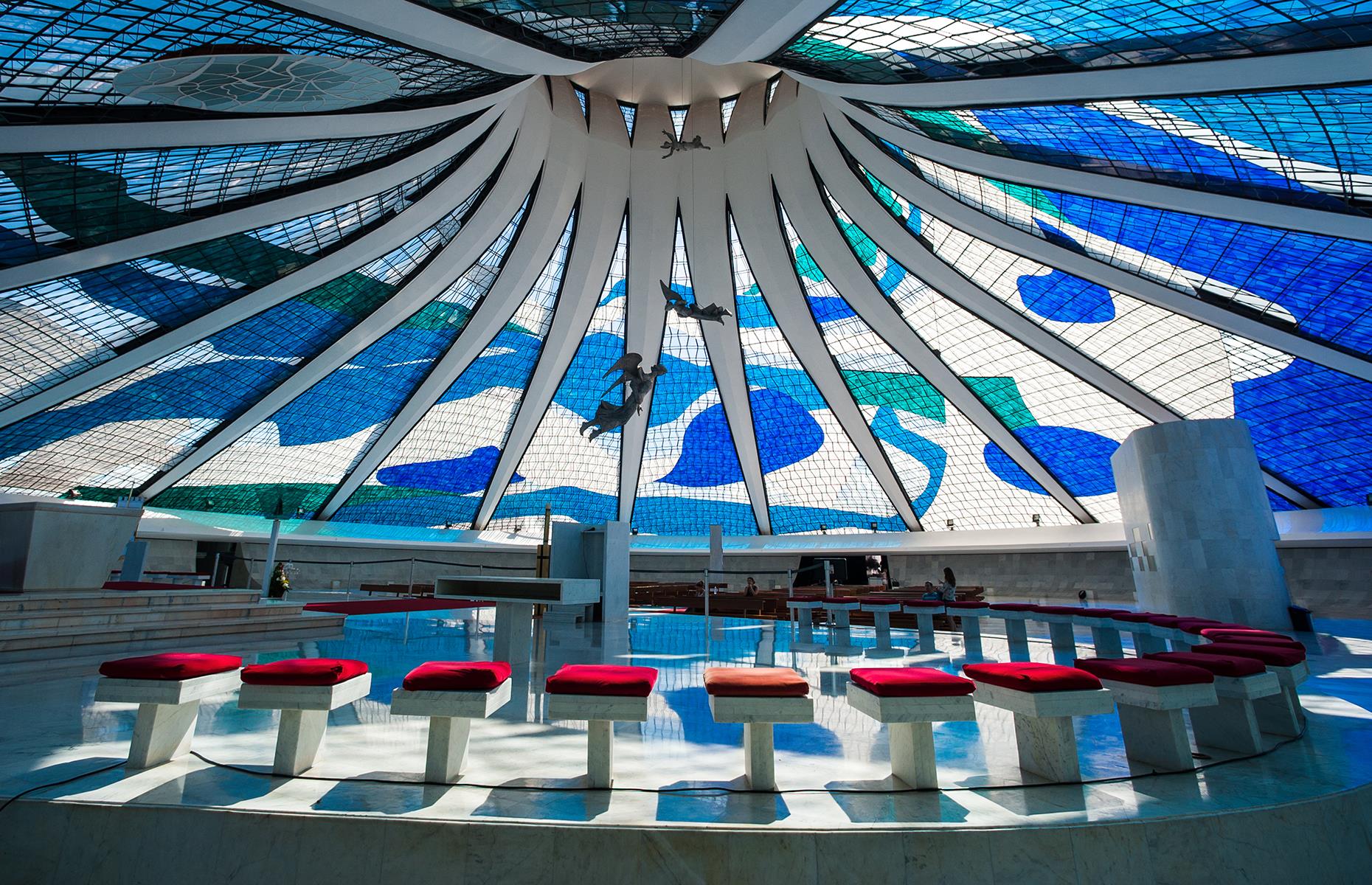 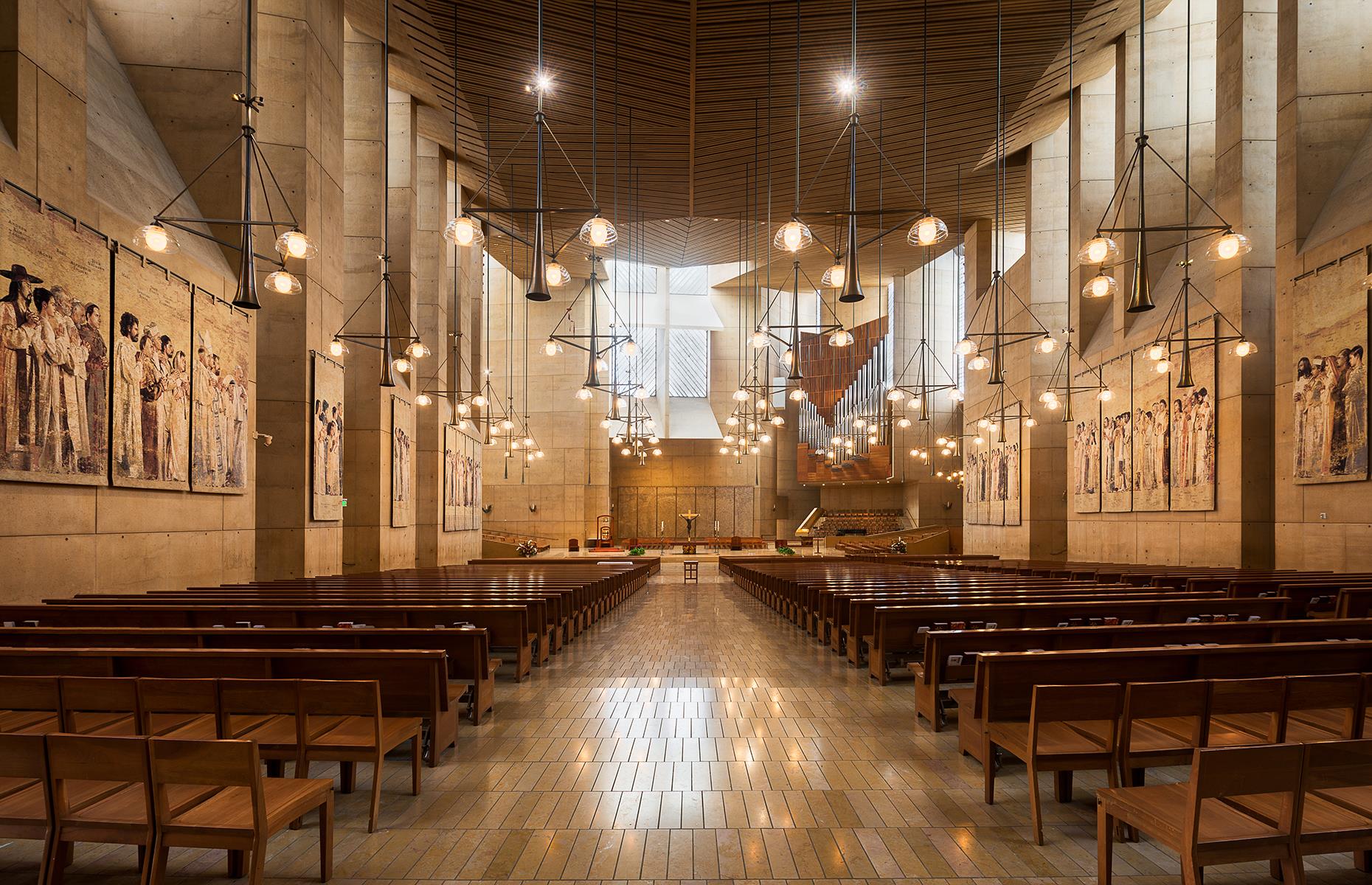 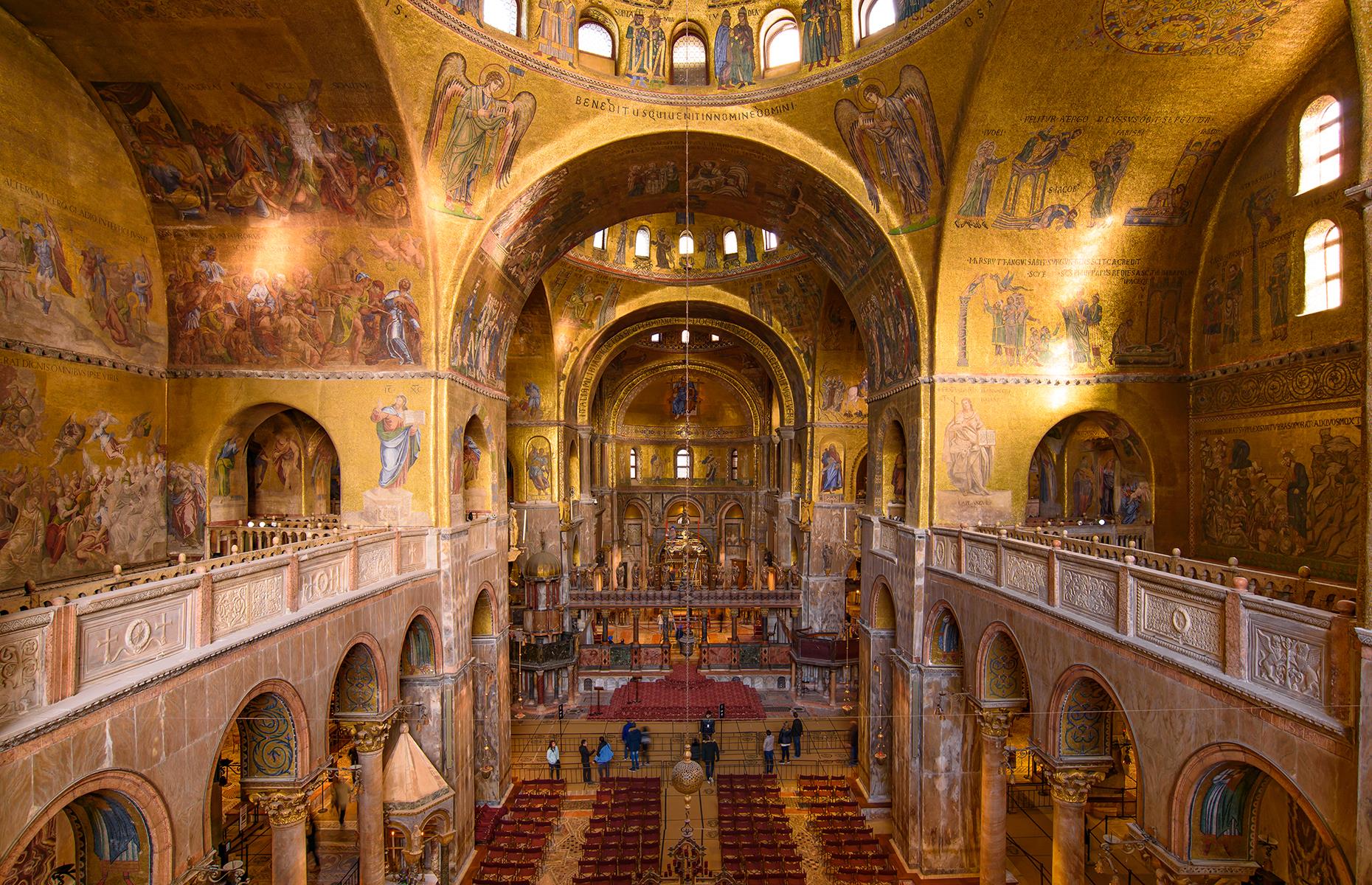 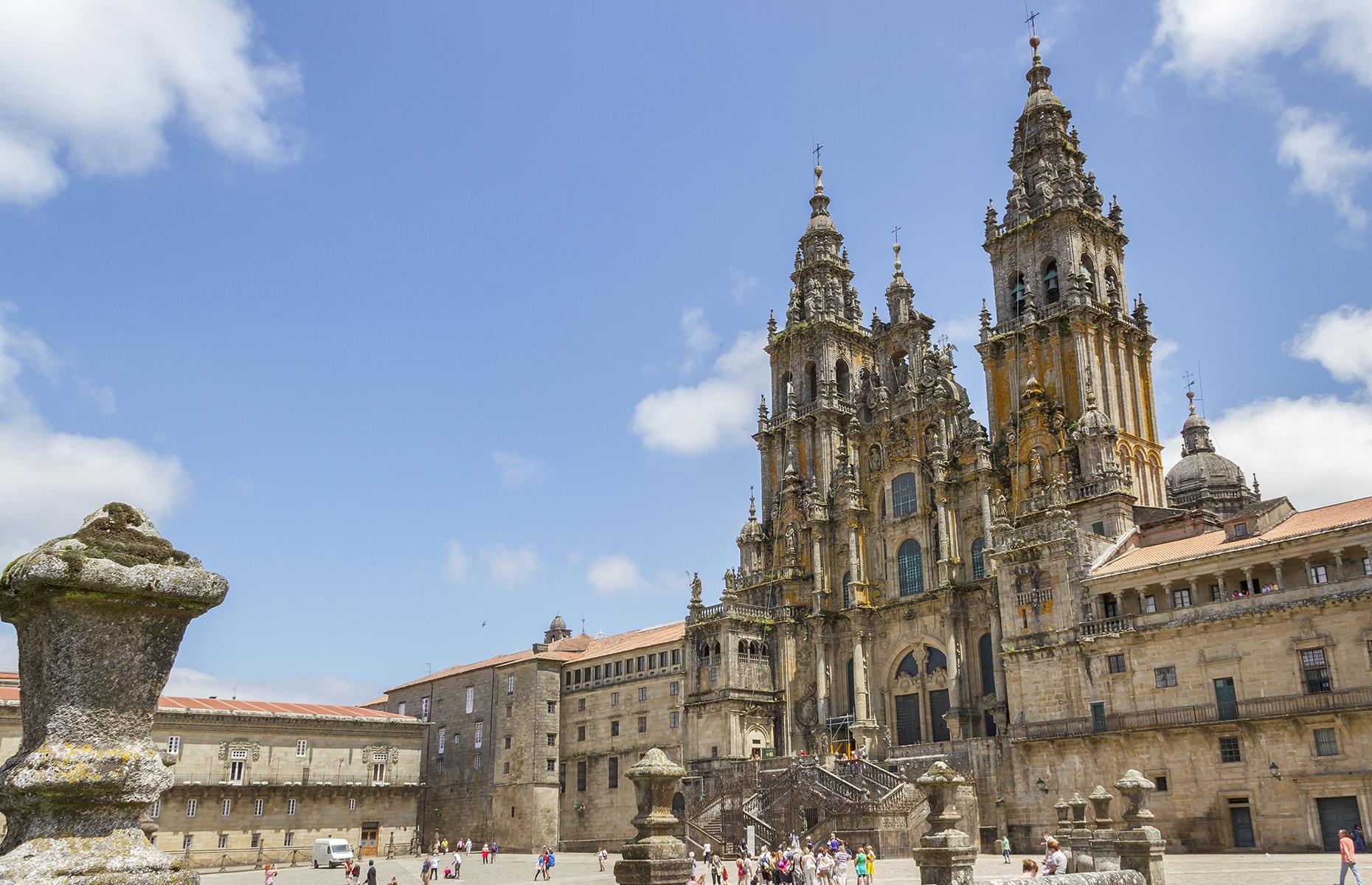 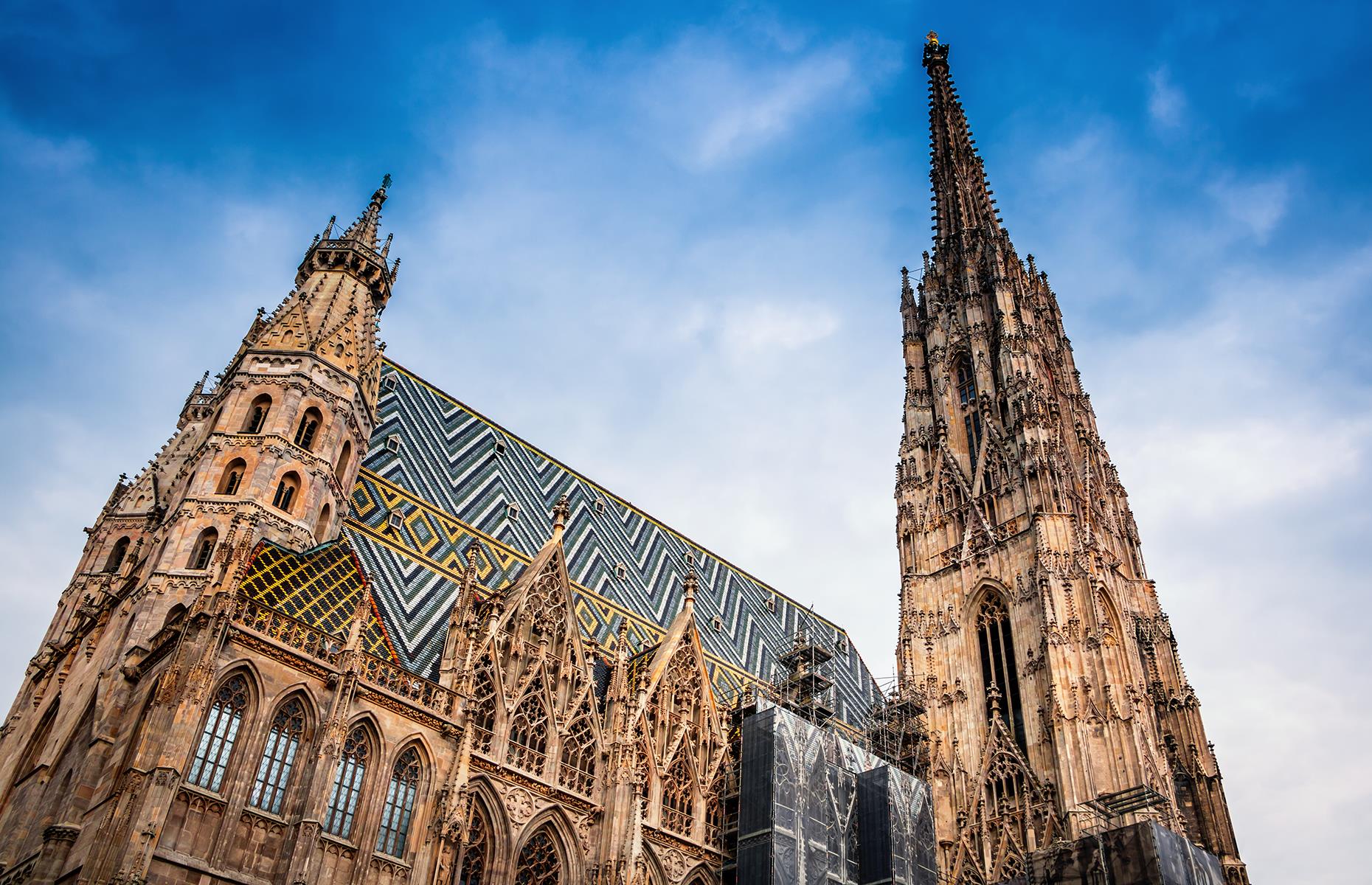 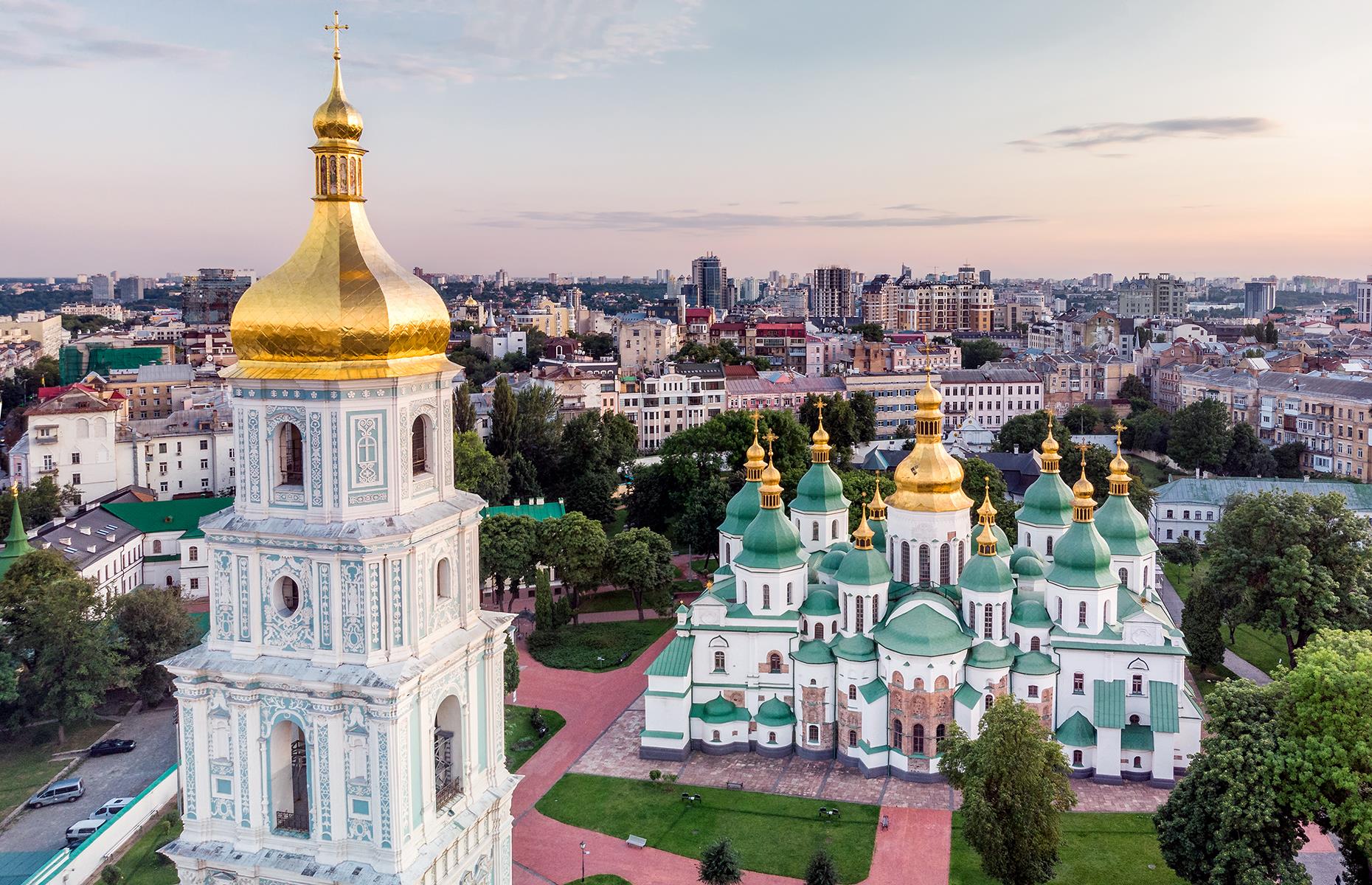 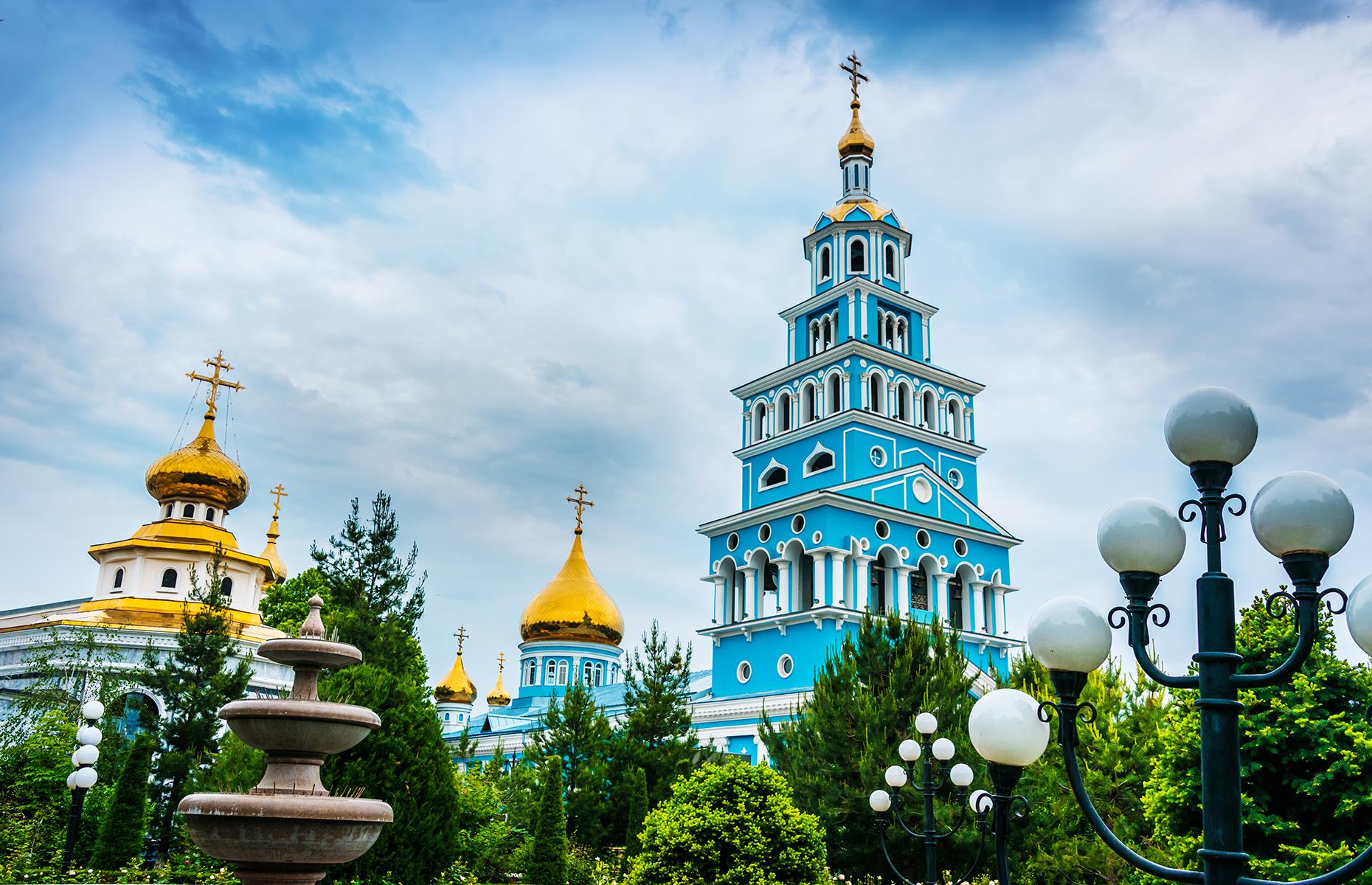 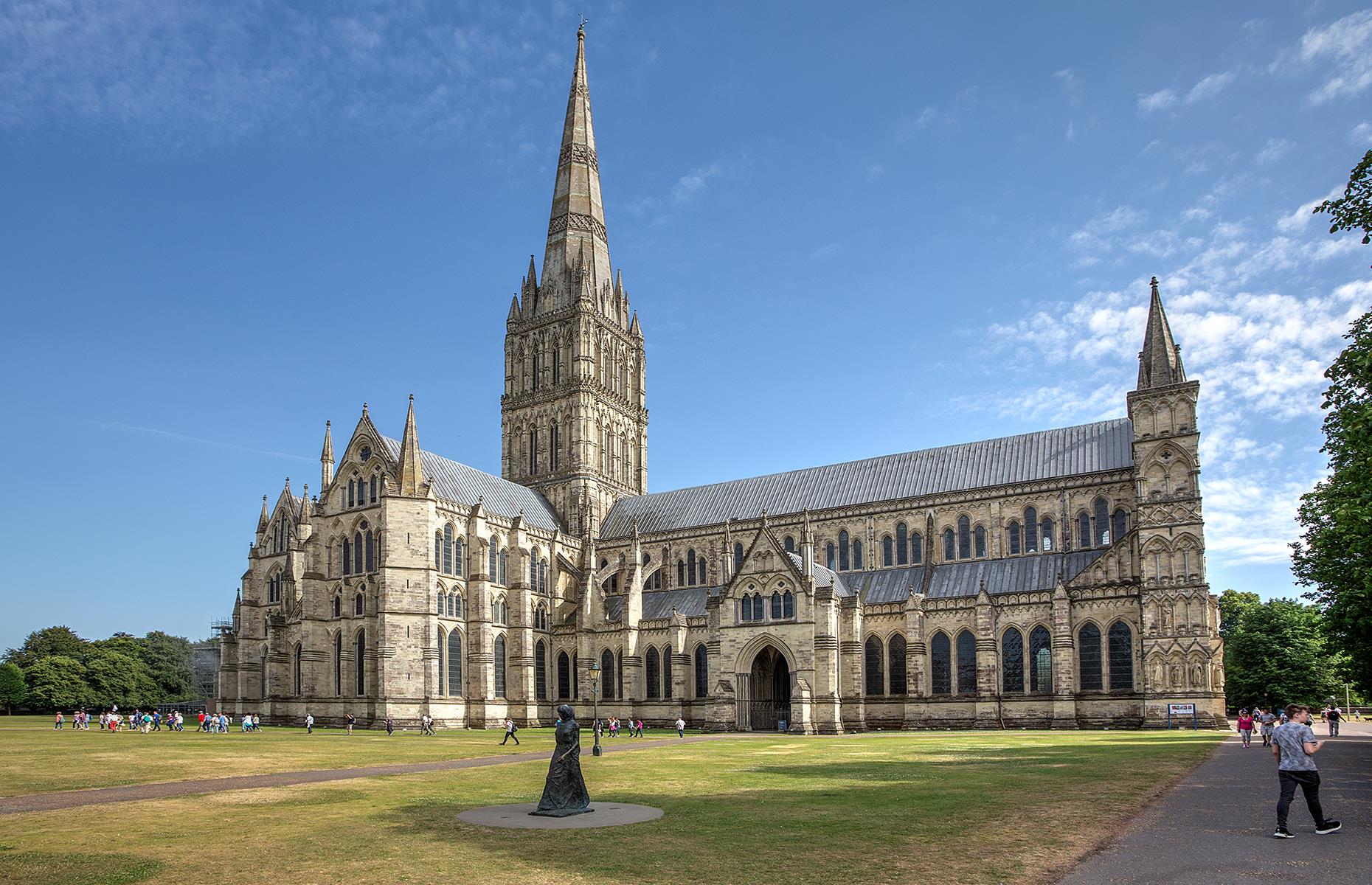 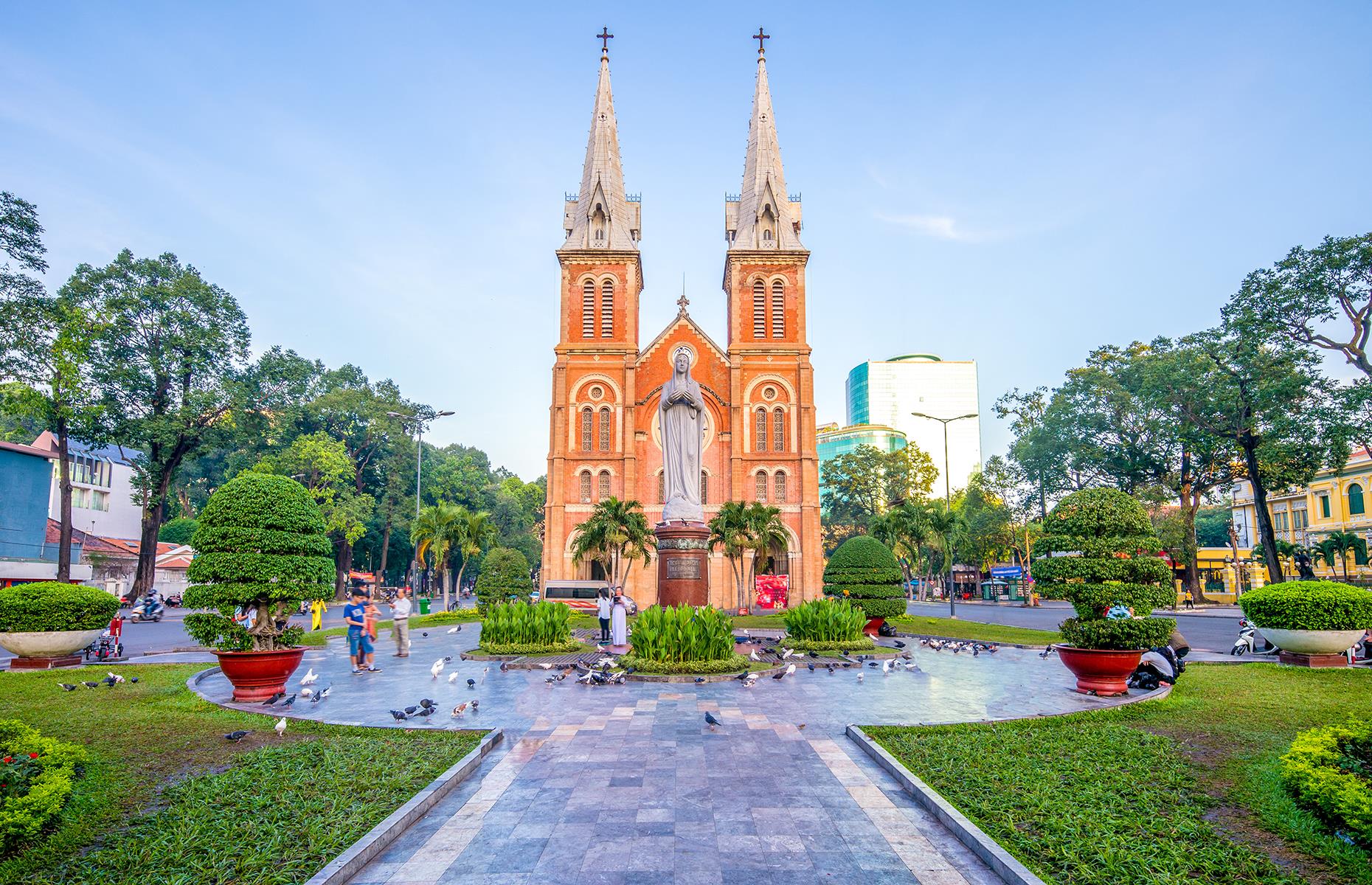 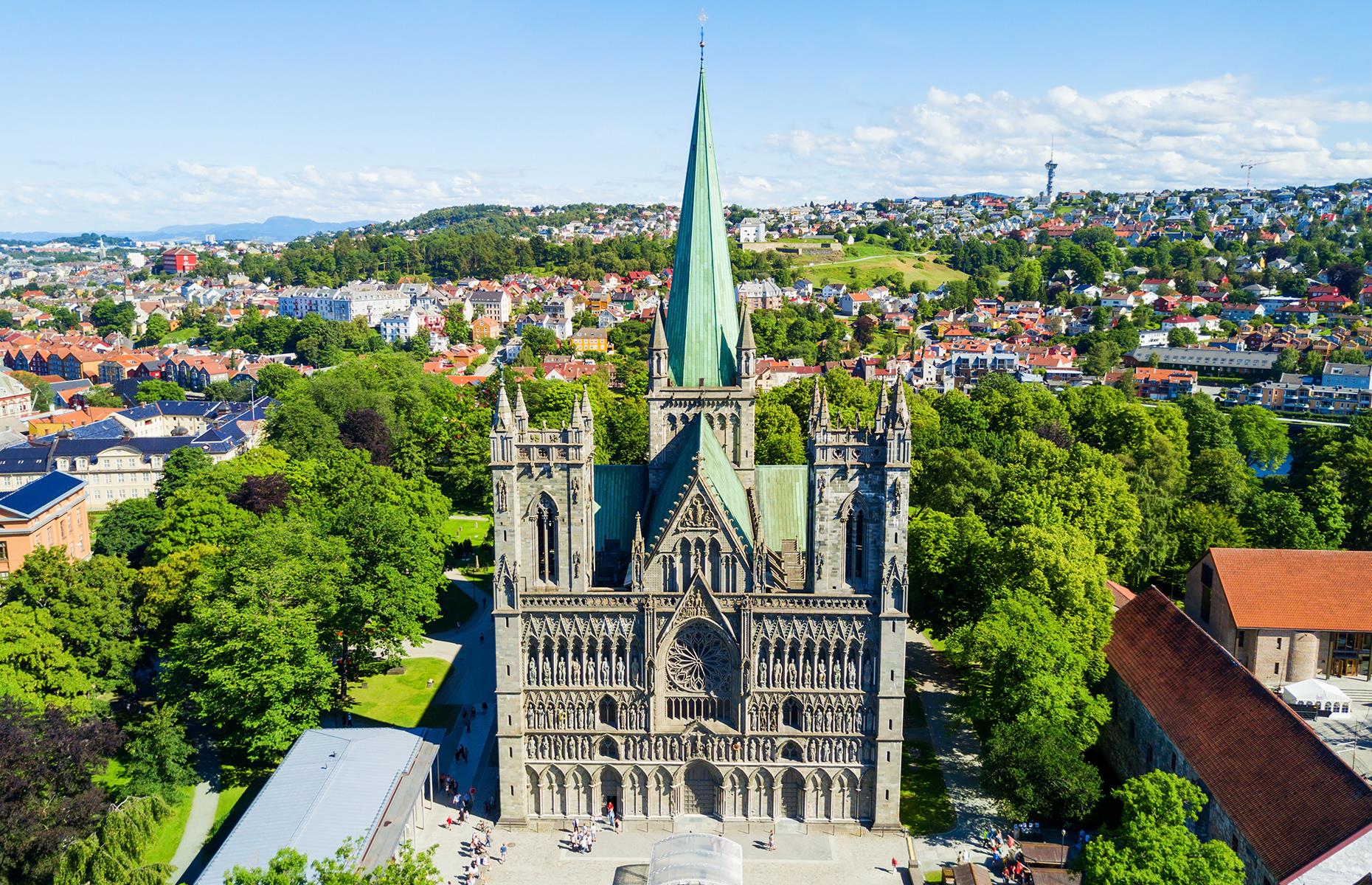 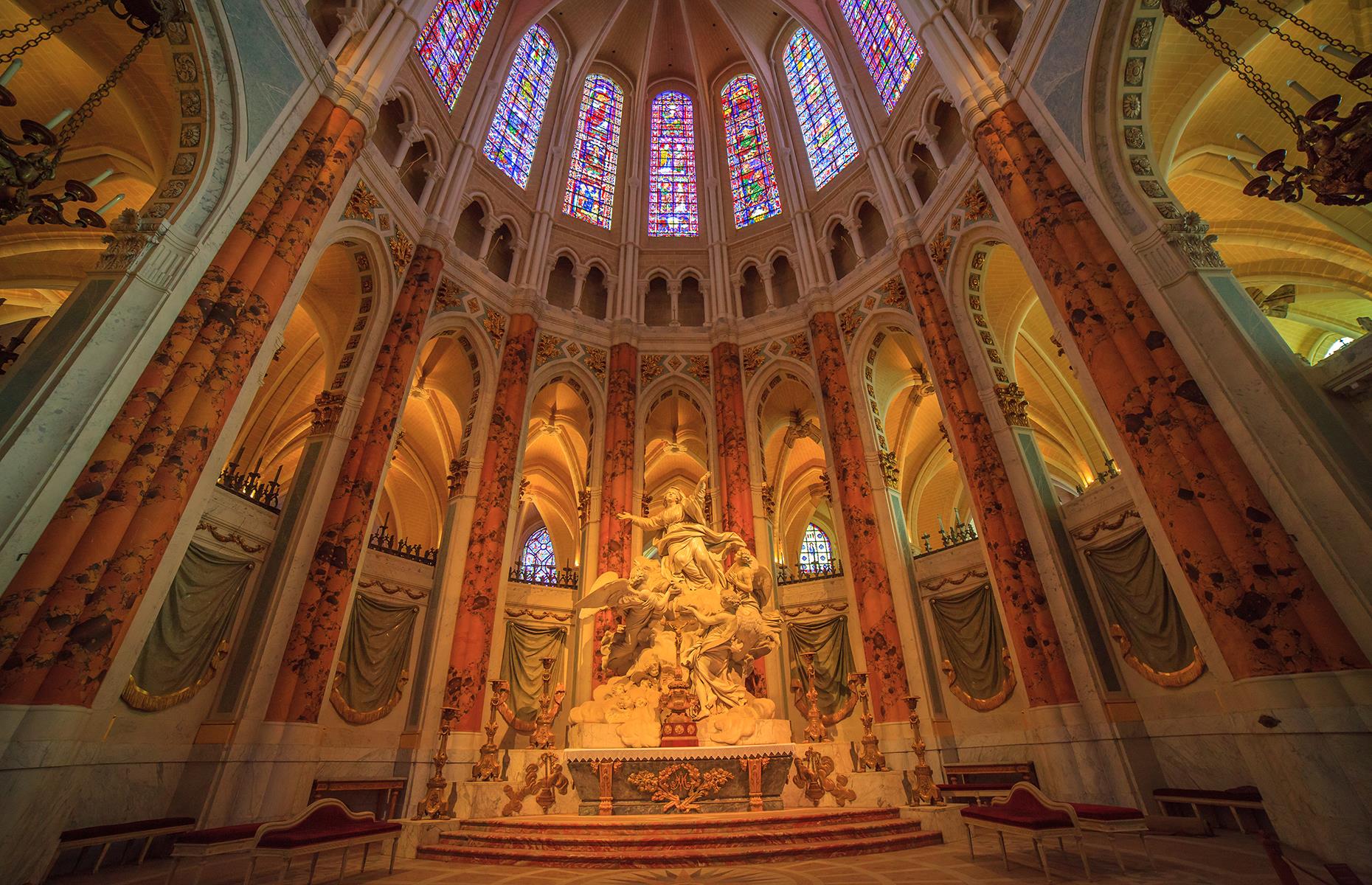 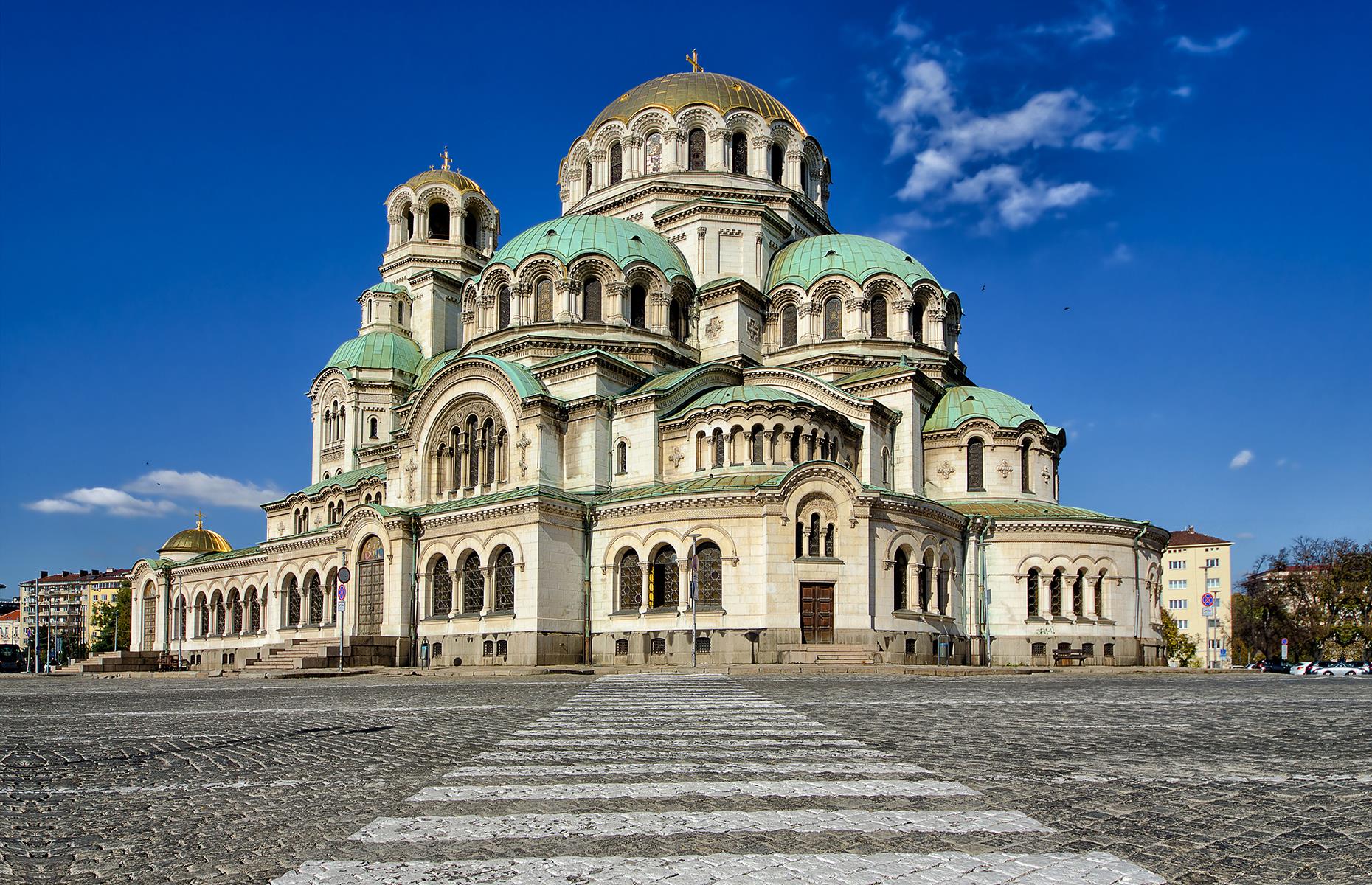 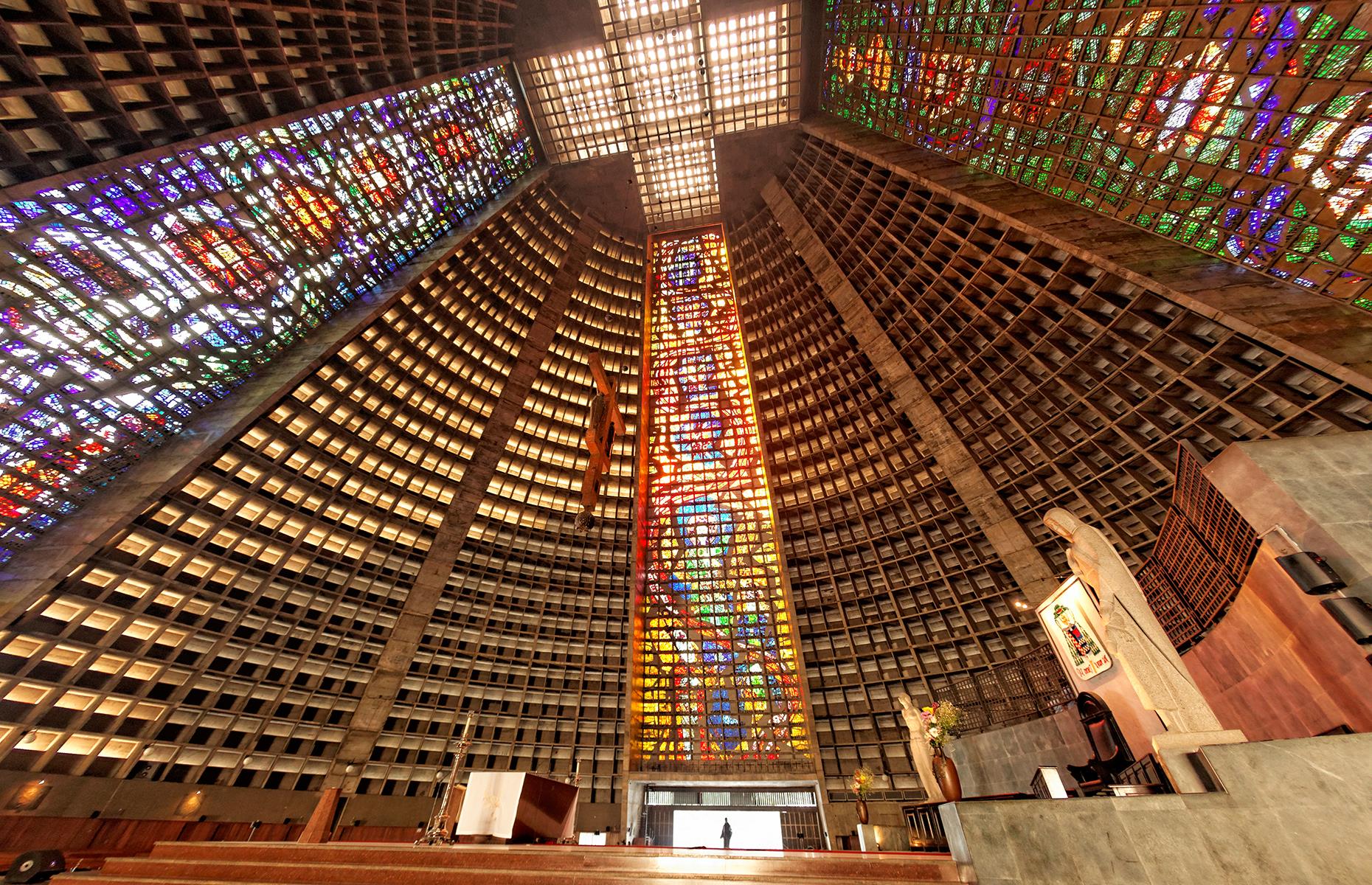 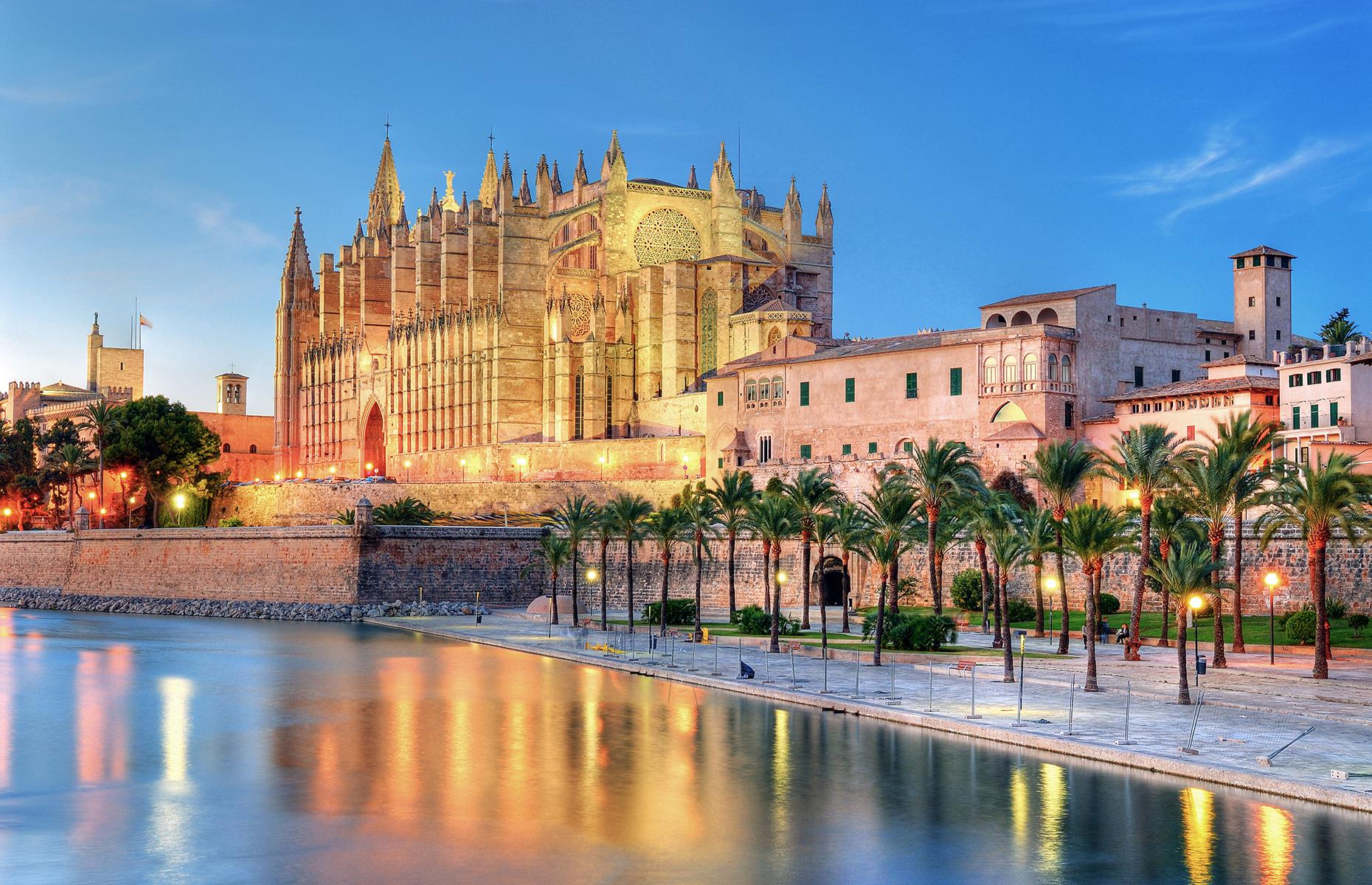 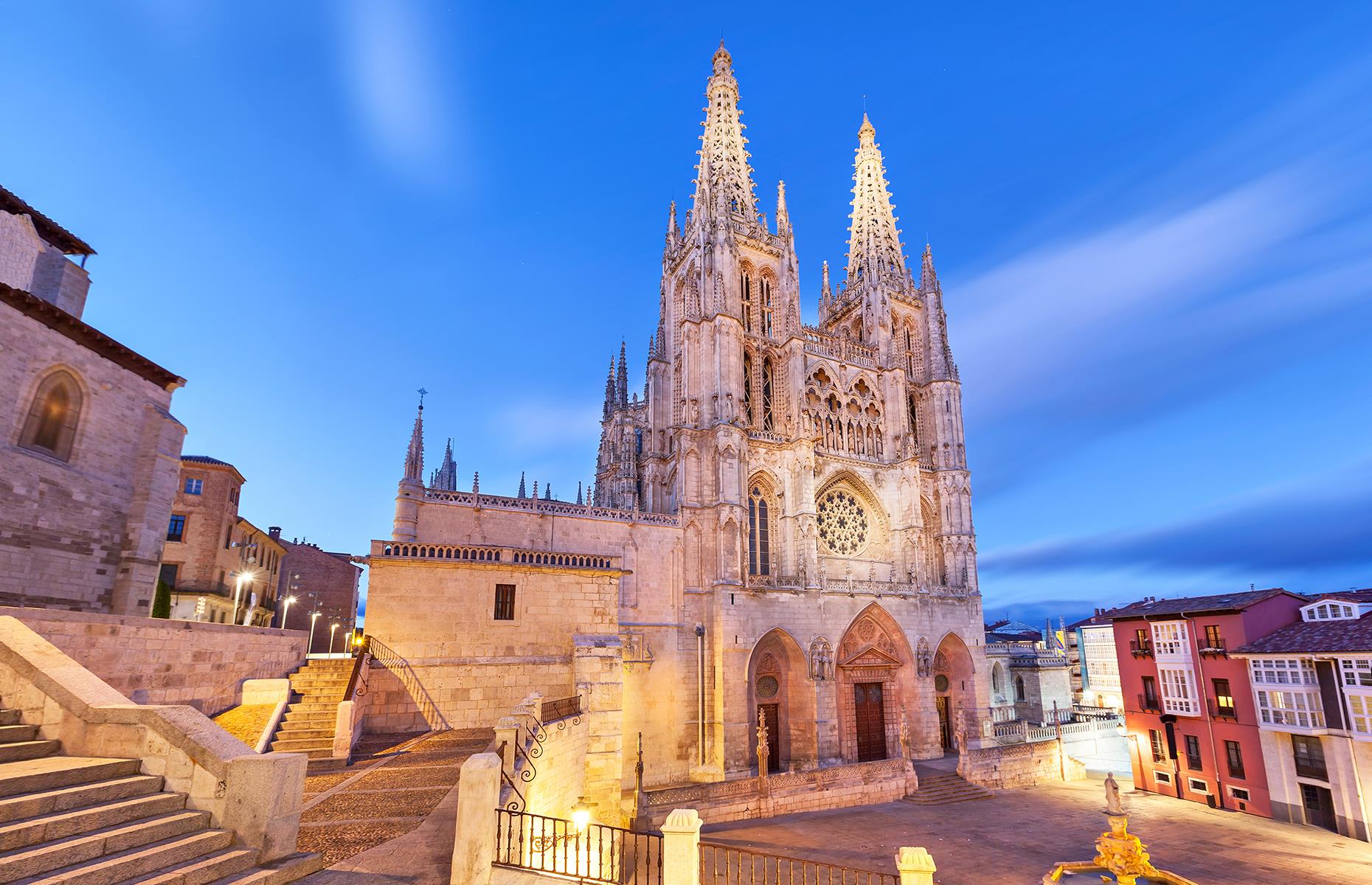 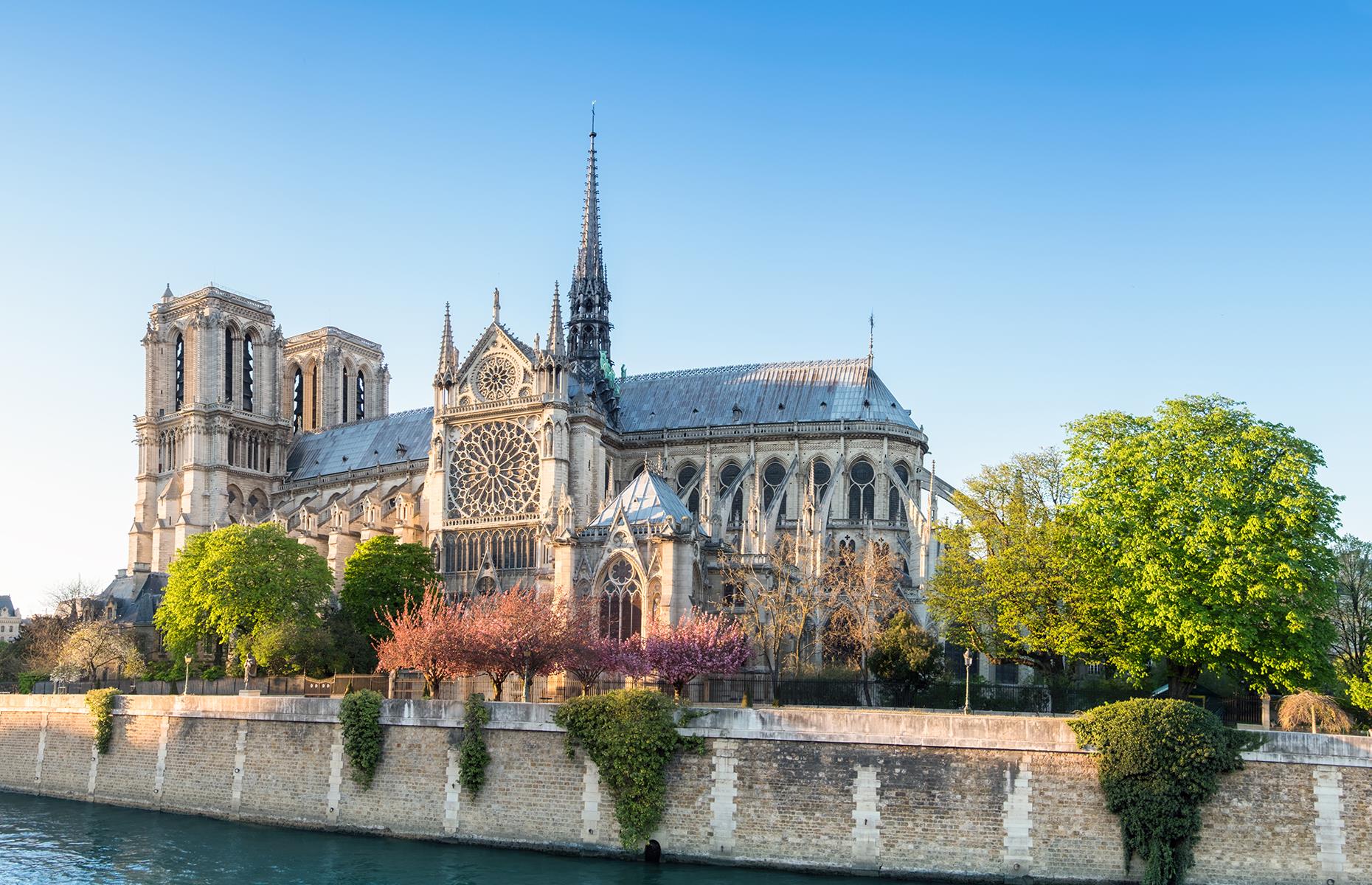 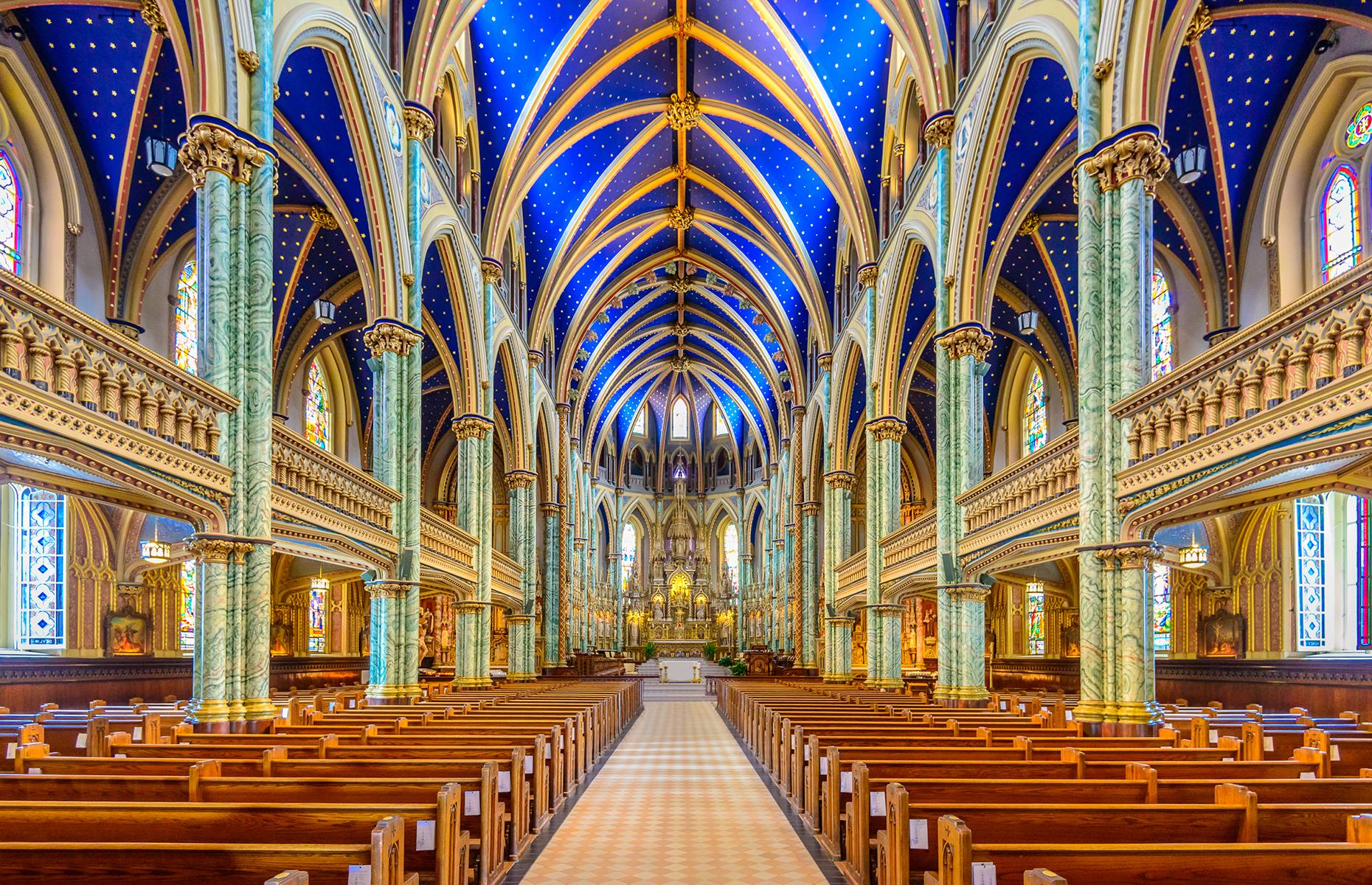 St. Paul’s Cathedral, one of London’s sightseeing highlights, has been a place of Christian worship for more than 1,400 years (and pagan before that). An Anglican cathedral and the seat of the Bishop of London, the current St. Paul’s building dates back to 1675, after the previous cathedral was destroyed in the Great Fire of London. The cathedral has also been the site of several historic events including Sir Winston Churchill’s funeral, the peace services marking the end of both World Wars and Prince Charles and Lady Diana Spencer’s wedding.

An unusual building to be found among the towering skyscrapers of Fifth Avenue, St. Patrick’s Cathedral is the country’s largest Neo-Gothic Roman Catholic cathedral. The cathedral was named after St. Patrick, the patron saint of Ireland, in response to the increasing number of Irish immigrants in the city during the second half of the 20th century. Today it’s one of the most prominent landmarks in New York City and is at the center of St. Patrick’s Day celebrations every year.

The world’s largest Gothic cathedral, Seville Cathedral is simply mind-boggling. Next to one of Seville’s most popular attractions, the Alcázar palace complex, the cathedral was built on the site of a Moorish mosque. Some of the oldest parts of the cathedral, like the orange tree courtyard and the Giralda tower, date back to the late 12th century. Discover more reasons to visit Seville here.

The Gothic York Minster rises high above the city of York in northeast England. Officially called the Cathedral and Metropolitical Church of Saint Peter in York, the cathedral is the seat of the Archbishop of York, the third-highest office of the Church of England. The cathedral is also notable for having the largest expanse of medieval stained glass in the country. Find our complete guide to York here.

Despite its name, Berlin Cathedral has never been an actual cathedral as it’s never been the seat of a bishop, but it’s still a stunner. The Neo-Renaissance building has four towers and an impressive dome topped with a golden cross. Located on Berlin’s Museum Island, the church was finished in 1905 and houses not only a place of worship but a museum and concert hall too. Plan your visit to Berlin with our top guide.

One of Mexico City’s most recognizable landmarks, the Mexico City Metropolitan Cathedral is both the largest and oldest cathedral in Latin America. An architectural masterpiece, the building is a unique mix of three styles – Baroque, Neo-Classic and Neo-Renaissance – reflecting the lengthy construction process. Once on the World Monuments Fund’s list of 100 most endangered sites due to accelerated sinking, the cathedral was removed from the list in 2000.

The St. Louis Cathedral in New Orleans has been located on this site since 1794. However, due to extensive expansion and rebuilding work in 1850, little of the original church remains. It’s the oldest Catholic cathedral in continual use in the United States and one of NOLA’s most notable landmarks. Look up and discover the world’s most jaw-dropping ceilings.

One of the most magnificent cathedrals in the world, the stunning marble façade of Santa Maria del Fiore is instantly recognizable. Located in Florence’s Piazza del Duomo along with The Baptistery of St. John and Giotto’s Bell Tower, the cathedral is one of the most famous in the world. One of its most notable features is Brunelleschi’s Duomo – more than 500 years after completion it still remains the largest masonry dome in the world. Plan the perfect visit to Florence with our guide.

Cathedral of Our Lady of the Angels, Los Angeles, California, USA

Also known as COLA, the Cathedral of Our Lady of the Angels replaced the previous Cathedral of Saint Vibiana which was severely damaged in the 1994 Northridge earthquake. The new building opened in 2002 and sparked controversy for its large size, non-traditional architecture and expensive construction – the altar budget alone was $5 million.

One of the most lavishly decorated churches in the world, St. Mark’s Basilica in Venice’s Piazza San Marco is the seat of the Roman Catholic Archdiocese of Venice. It’s an exceptional example of Byzantine architecture, reflecting Venice’s past as an international trading center. Rebuilt after a fire in 932, the basilica is best defined by its protruding domes, marble-clad walls and gold-leaf mosaics. Take a look at famous landmarks that were almost destroyed.

Cathedral of the Assumption of the Virgin, Tashkent, Uzbekistan

An Anglican cathedral in southwest England, Salisbury Cathedral is a stunning example of Early English Gothic architecture. Completed in 1258, the cathedral has the tallest church spire in the UK, rising to 404 feet (123m). The cathedral is also famous for housing the best-preserved version of only four surviving copies of the Magna Carta, the United Kingdom’s charter of rights. Discover Britain’s most historic towns and cities.

A symbol of the Bulgarian capital as well as a major tourist attraction, the St. Alexander Nevsky Cathedral is one of the largest Eastern Orthodox churches in the world. With several domes, including a gold-plated central dome, it was finished in 1912 and was built to honor the Russian soldiers who died during the Russo-Turkish War of 1877–1878, which helped liberate Bulgaria from Ottoman rule. Take a look at incredible images of the world’s tourist attractions under construction.

Monumental in size, the Palma Cathedral is one of Palma de Mallorca’s main attractions. A total of 61 stained-glass windows shine light onto its central nave and some of the interior features were designed by Antoni Gaudí. In 2007, renowned Mallorcan artist Miquel Barceló added a contemporary art installation depicting a New Testament parable to one of the chapels. Plan a perfect weekend in Palma de Mallorca with our guide.

Located in Burgos in northern Spain, the Burgos Cathedral is the only Spanish cathedral that’s been declared a World Heritage Site without being a part of a city’s historic center or in union with other buildings. A typical French Gothic cathedral, it’s more similar to the cathedrals of Paris and Reims. It also houses a large number of artworks by notable Spanish artists, mostly sculptors and painters. Take a look at haunting photos of the world’s abandoned sacred places.

One of the world’s finest examples of French Gothic architecture, the iconic Notre-Dame de Paris suffered a devastating fire in April 2019 that destroyed large portions, including the historic timber spire over the crossing. Following the fire, proposals were made to modernize the cathedral’s design but in July 2020, it was announced that the roof and spire are to be rebuilt exactly as they were before the fire. Now discover amazing facts you probably didn’t know about the world’s most famous attractions.

The oldest and largest church in Ottawa, the Notre-Dame Cathedral Basilica was originally a small wooden church built in 1832. The current building was finished in 1885, and renovated and restored in the late 1990s. Although rather modest on the outside, it’s breathtakingly beautiful inside. The interior is brightly painted and decorated with carved features, ornate stained-glass windows and hundreds of statues. Now take a look at the most beautiful museums in the world.